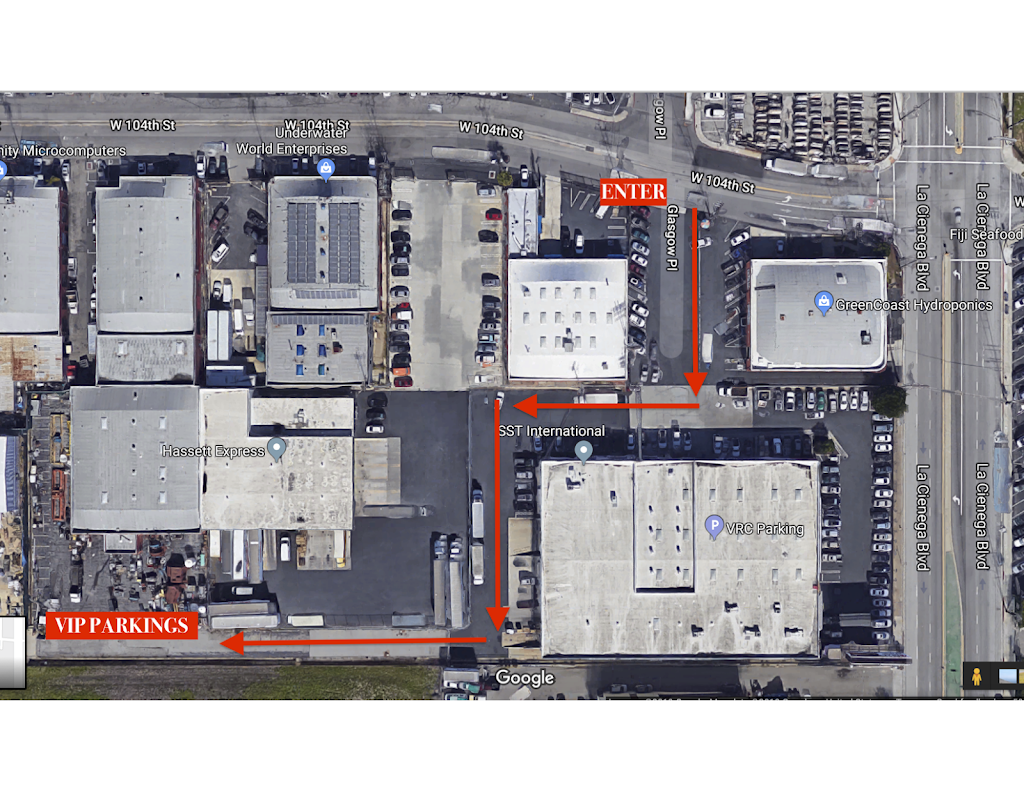 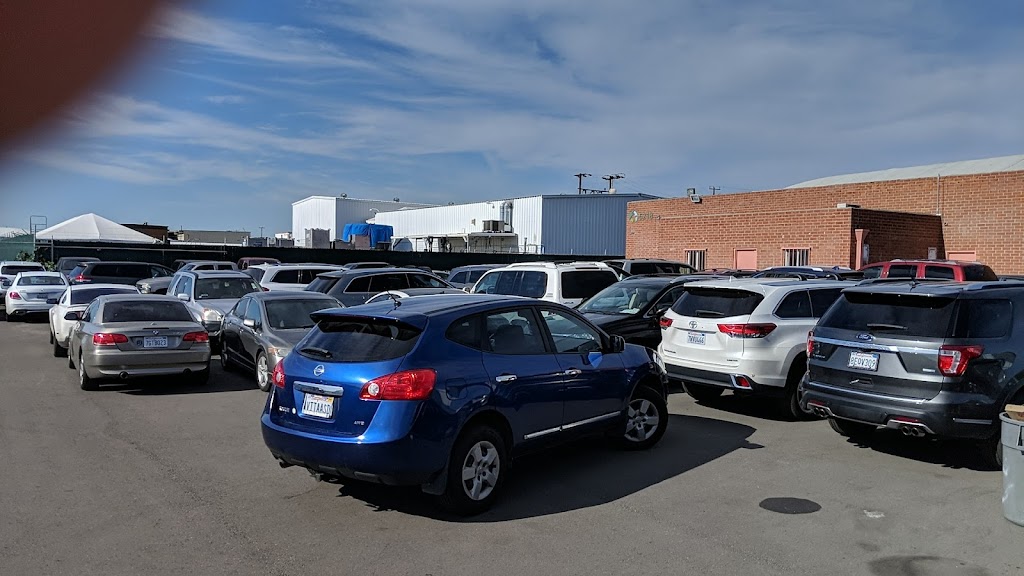 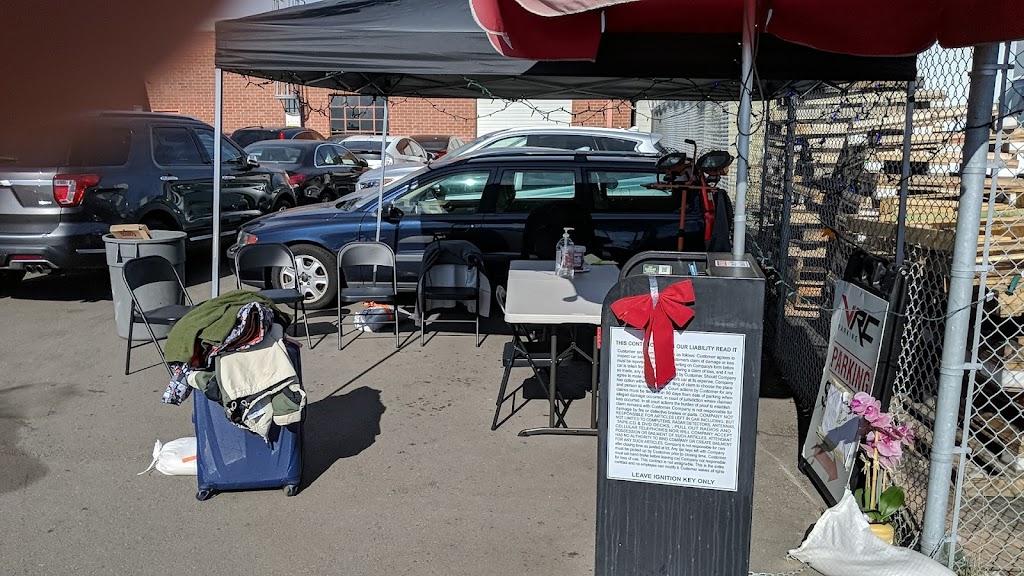 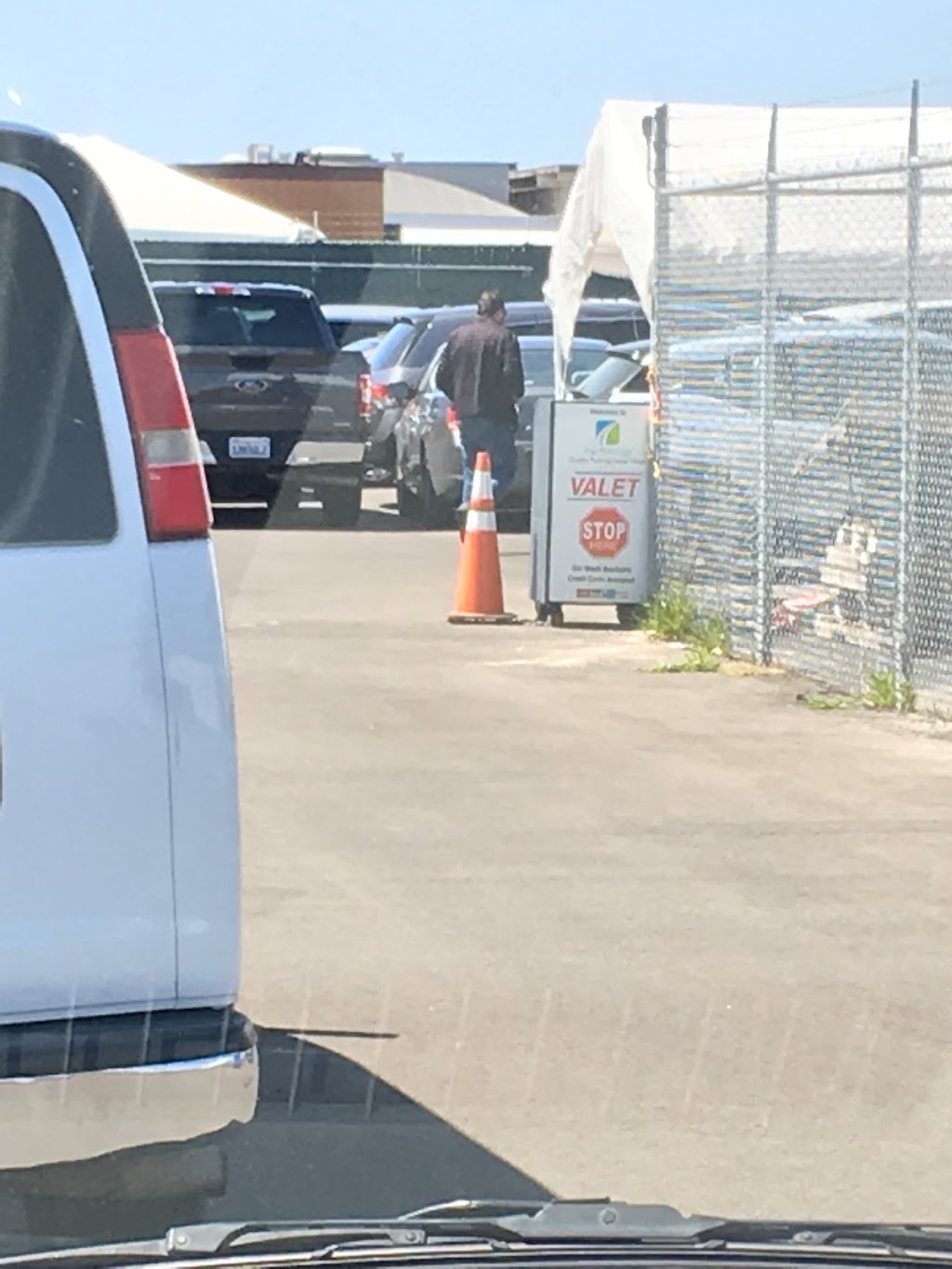 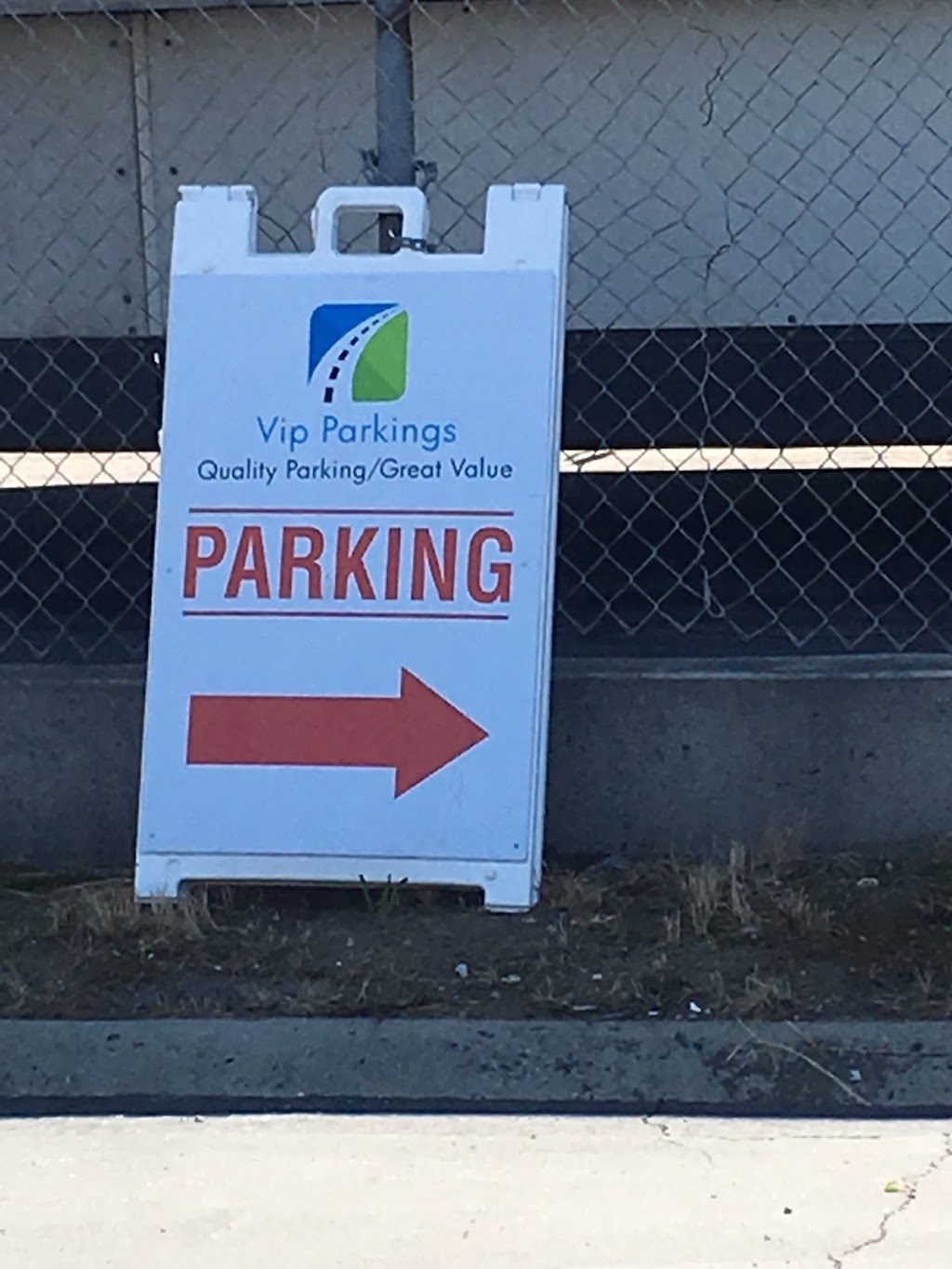 How to Reserve Parking VIP Parkings? Enter LAX Airport and your parking dates Claiming your guaranteed parking spot near LAX only takes a minute . Enter your arrival and return dates to start. We'll display our LAX parking lot partners.

**Book Your parking space ** Enter your contact and payment details and complete LAX parking reservation. Print your confirmation receipt. Show the receipt or email on your mobile device once you pull into the facility.

View All
3.4
Average
1 2 3 4 5
(Based on 28 reviews)
CraigsChannel2
1 2 3 4 5
Paid for indoor valet parking. Left for a week came back everything looked alright. Few hours later that’s when I saw the damage to the right side rear by the quarter panel. Nice long scratch marks. Someone there doesn’t know how to park cars. They also don’t know how to report damage when they hit something. Then again it might be company policy to keep their mouths shut. If I go back to complain I already know what they’ll say. “It was fine when you drove off with it”. I’m not using them anymore.
Hallie Garcia
1 2 3 4 5
I called the place around 8:45 pm to let them know my flight was going to be delayed and he said it was fine he would give me the code to the safe box in front of the gate and assured me that my key would be in the box as well. I even asked “what if there is an issue getting to my key, where would I call?” & he said to call the same number I called and he would offer help.

I got there about 10 minutes after closing and the key wasn’t in the safe box. I called the same number i called originally and no answer. I called the number he texted the gate code to me still no answer. How are you not going to answer a call when you have somebody’s vehicle in your parking lot.

Luckily I had the button to open my car but its not the key to start it, I’m in my car now but I have to spend the night here and wait till he opens. I shouldn’t have had to spend the night in a dark parking lot in the middle of LA. I should’ve have been able to get my keys no problem. Even when I called he didn’t confirm if it was the owner of the vehicle or not, he just texted me a code to get in. This is a horrible place to park your car at, find another structure or pay the extra money to park at LAX because this is 100% not it
Steven Gutierrez
1 2 3 4 5
My girlfriend was promised that her keys would be in a box they gave her a code to, when she got there 4 mins after the time they closed the code worked but no keys were placed in the box, thank god my girlfriend had a spare key to just get in the car, so she was forced to sleep in her vehicle overnight not prepared at all with no water or her phone charged, if you’re looking for caring service this is definitely not the place !
Mitch Swanson
1 2 3 4 5
These guys call me back even if it was a miss dial. Picked me up within 20 minutes, andsered the phone when I called. They are stars in my book. Good help is so hard to find these days!
Jessica Baru
1 2 3 4 5
Parked here twice, planning a third trip next year. Happy, and returning customer. Never had an issue.
Juan Santana
1 2 3 4 5
Great experience. Overall checking in and out is so quick and easy. The spot is hidden which is good and bad but signage makes them very easy to find. Service was great shuttle experience was easy for drop off and pick up. Very affordable i definitely think you get a big bang for your buck. They was your car for $20 and i thought it would be nice to come back to a clean car. The carwash was excellent my car was shiny and clean and you can't beat the price.
carol frazier
1 2 3 4 5
Driver wouldn’t open their van door for the black woman but Karen oh yes of course..I expected it
Jason Brown
1 2 3 4 5
For the price, you can't beat the service and cleanliness. Thanks VIP!
demy
1 2 3 4 5
Worst service that my family and I gotten. The woman that helps you in the front was absolutely rude and lazy. Coming from a 20 hr flight a man named Arturo made us circle the whole terminal to search for the shuttle picking us up and we waited 1 hr! He was very lazy making us pick up our bags during arrival into the car while we were very tired and when we were leaving and also wasn't shy to boldly say that he deserved a tip! Worst experience
Jorri Navarro
1 2 3 4 5
Drop off and pick up experience was GREAT! All of the staff was so polite and friendly! The drivers were prompt and friendly both taking us and picking us up from LAX! Our car was waiting for us when we arrived it was wonderful! 5 Star service all around! Great price, GREAT service!
Arlene Morales
1 2 3 4 5
I wouldn’t not even give them one star.Are Car was vandalized while we where on are trip visiting our son Stationed in Alaska.They said a women broke into are car.Acting police officer said there was no sign of forced entry.So they did not lock are car.This person broke off the inside rear view mirror and cracked are windshield and was living in are car.VIP did not own up to being at fault.We Have never had a problem leaving are car for a week with other parking lots.VIP is poorly run very Shady business.We Left are car on July 29-August 7th 2019 😡😡
John Brown
1 2 3 4 5
I'm really glad that I found this place and I plan to use them from now on. I cannot think of one negative. The service was excellent. The staff were very helpful and cheerful and upbeat. For instance this week, (April 2019)My flight arrived back from Peru and after I retrieved my luggage, I called for pickup, and they answered the phone and said a van would pick me up. They did and the driver was happy to be of service, loaded the bags and dropped me at the facility. My car was right there waiting for me and I took off. Much cheaper than what I used to pay at a lousy place. Keep up the good work, and thanks for removing my parking stress.
Cassandra DePecol
1 2 3 4 5
Very poor directions finding the parking lot. I followed the signs and when I got there they told me it was the wrong place so I had to go to a different car place close by and they said that was the right address that I went to previously. So I went back and then waited there in the rain for a shuttle for 15 minutes but they didn’t arrive, so I began walking to find an Uber, and as I was leaving the parking lot the shuttle came, I assumed because there was no sign on the white van.

Upon arrival and calling the number for the shuttle service, the man was very frustrated with finding where I was. It was easy, terminal B arrivals. I tried to be as specific with him as possible. When I got into the van, he slammed the door and sped off, wrecklessky driving. Once we arrived, he got out, slammed the door again, didn’t open my door to help with my luggage, and proceeded to yell at me and verbally harass me, which I got on video. I walked away to my car, and drove over to him to tell him how rude and angry he had been towards a girl traveling alone who’d done nothing wrong, and he proceeded to act in anger and kick my car door, which now has a massive dent in it causing me thousands worth of damage.

I’ve never had such a terrible experience, and I’ve never been treated so poorly for something I caused no harm to. Please, do not use this company. Wally’s is so much better.
Shaily Jariwala
1 2 3 4 5
Had the BEST parking experience with VRC (November 9-16). All of their staff are amazing and they were SO quick to drop me off and pick me up from the airport! I will park with them every time! Shout out to Arturo the driver, so caring and awesome! Thanks everyone! - Shaily
Daniel Peterson
1 2 3 4 5
VRC is a great place. They took us in when all the other lots in Los Angeles were claiming to be too full over the Holiday weekend. Great service and reasonable prices. We will definitely use them again.

VIP PARKINGS is unavailable to book on our website. Search for other parking options available at LAX.

VIP PARKINGS is unavailable to book on our website. Search for other parking options available at LAX.