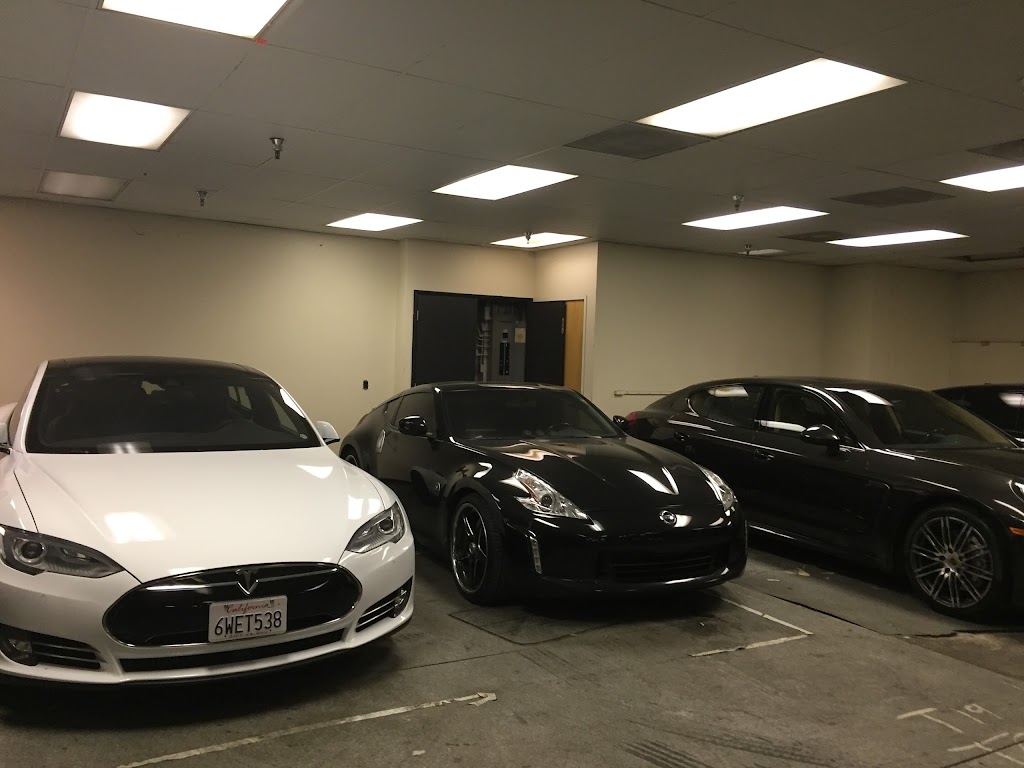 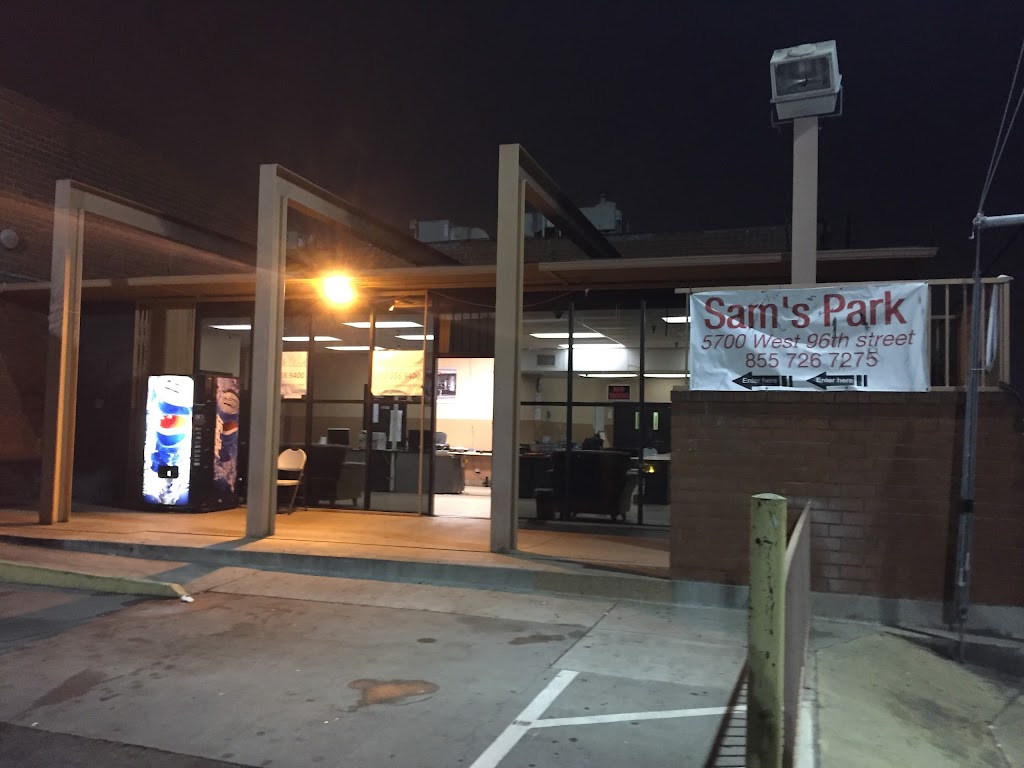 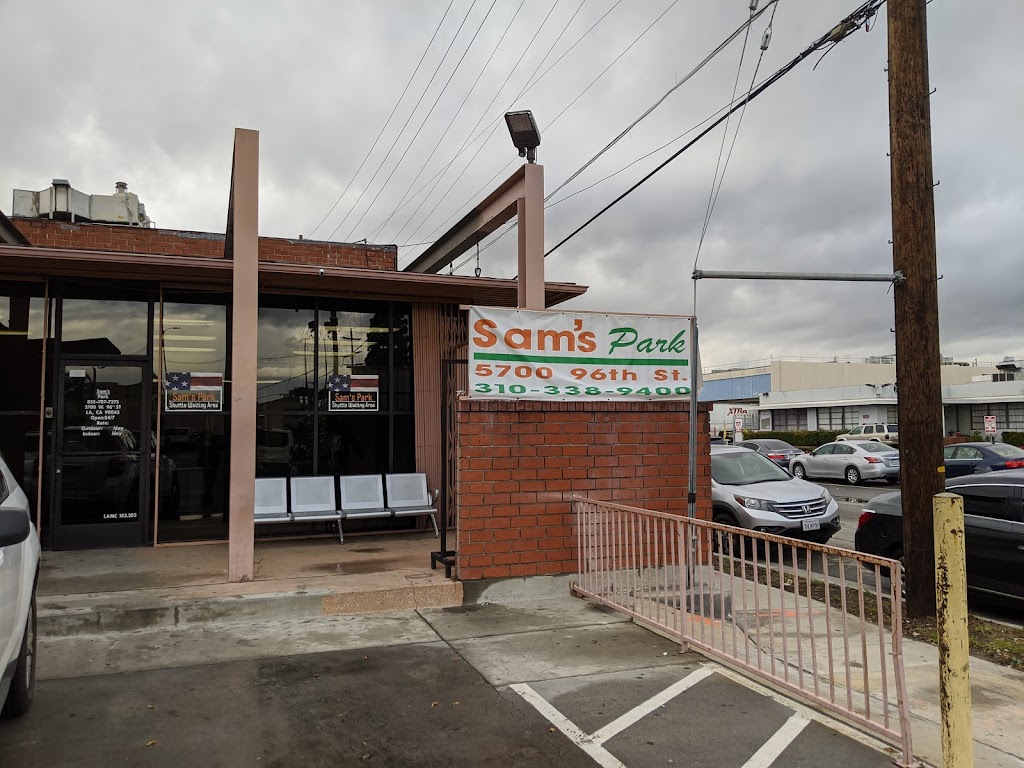 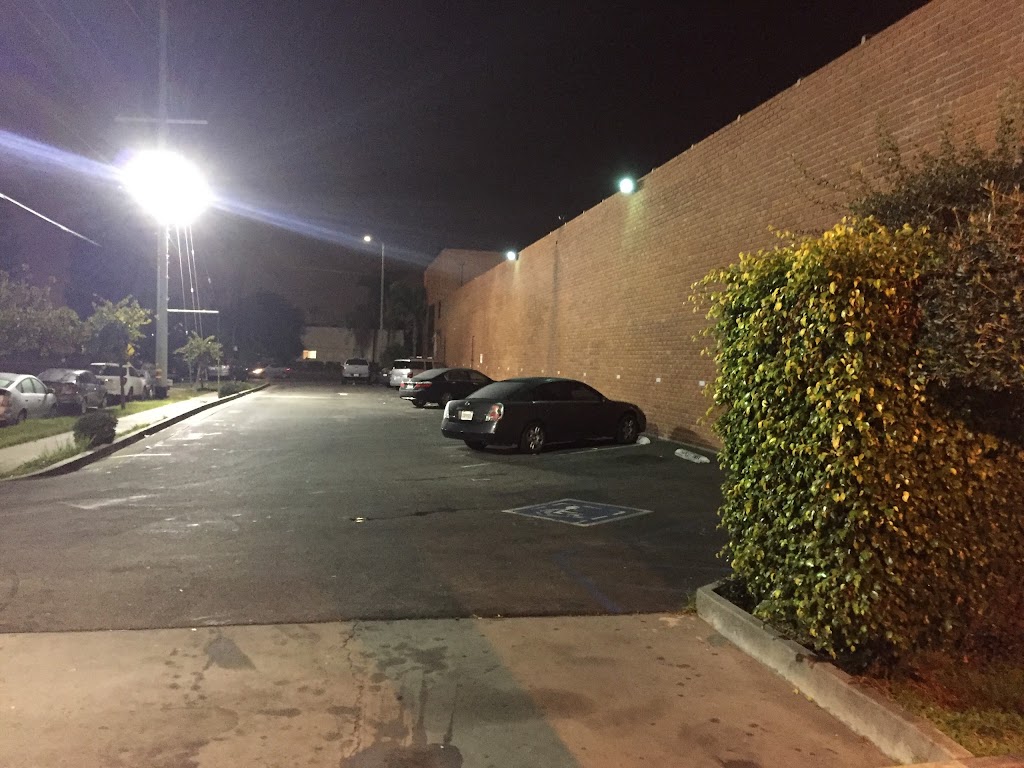 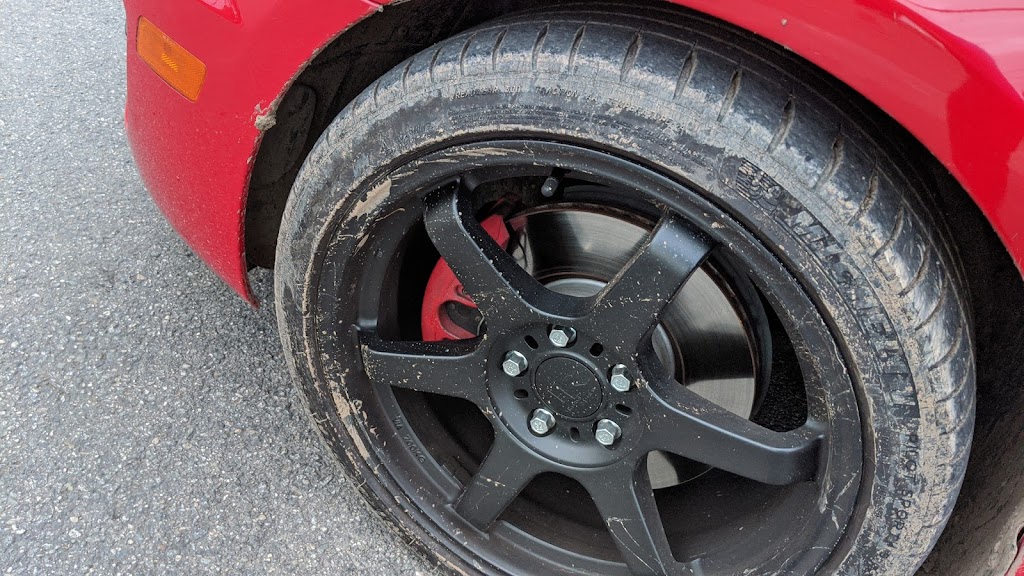 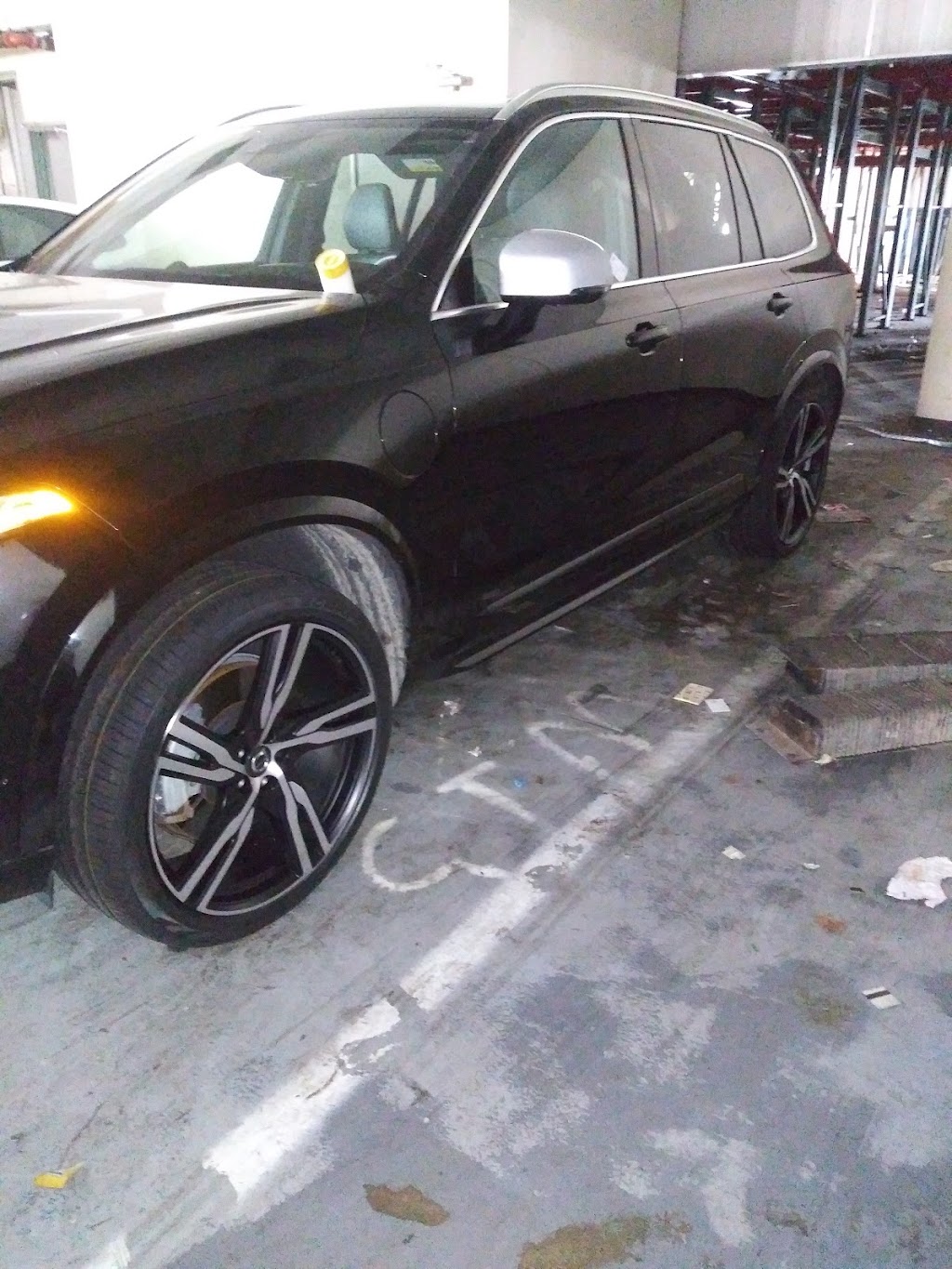 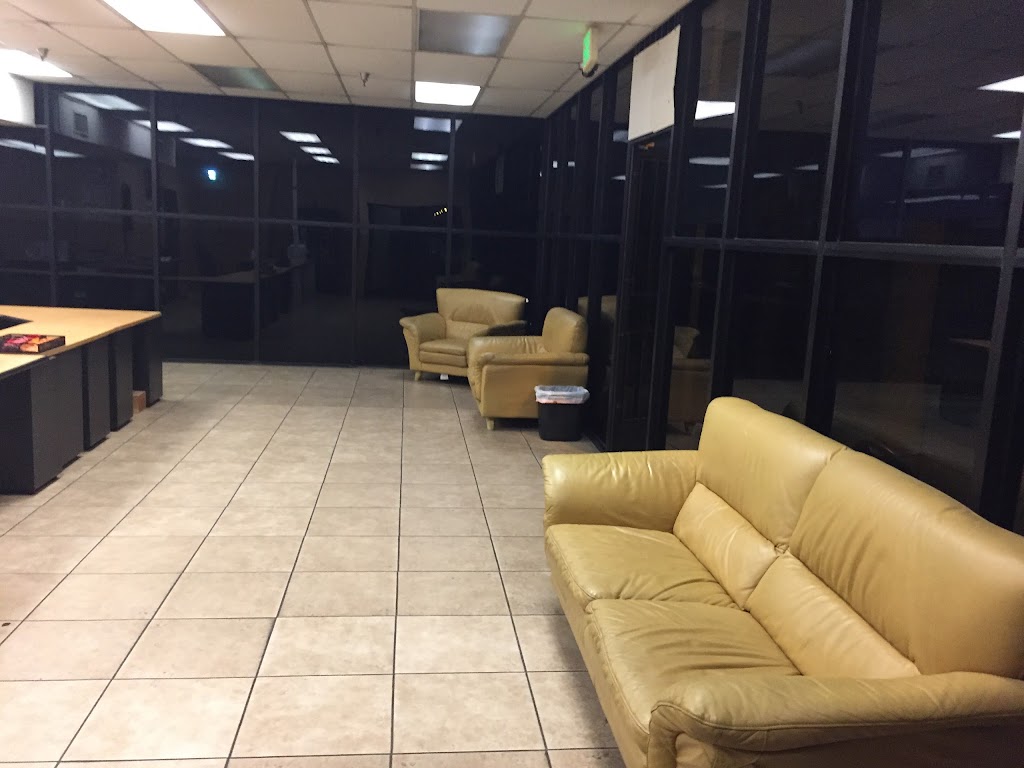 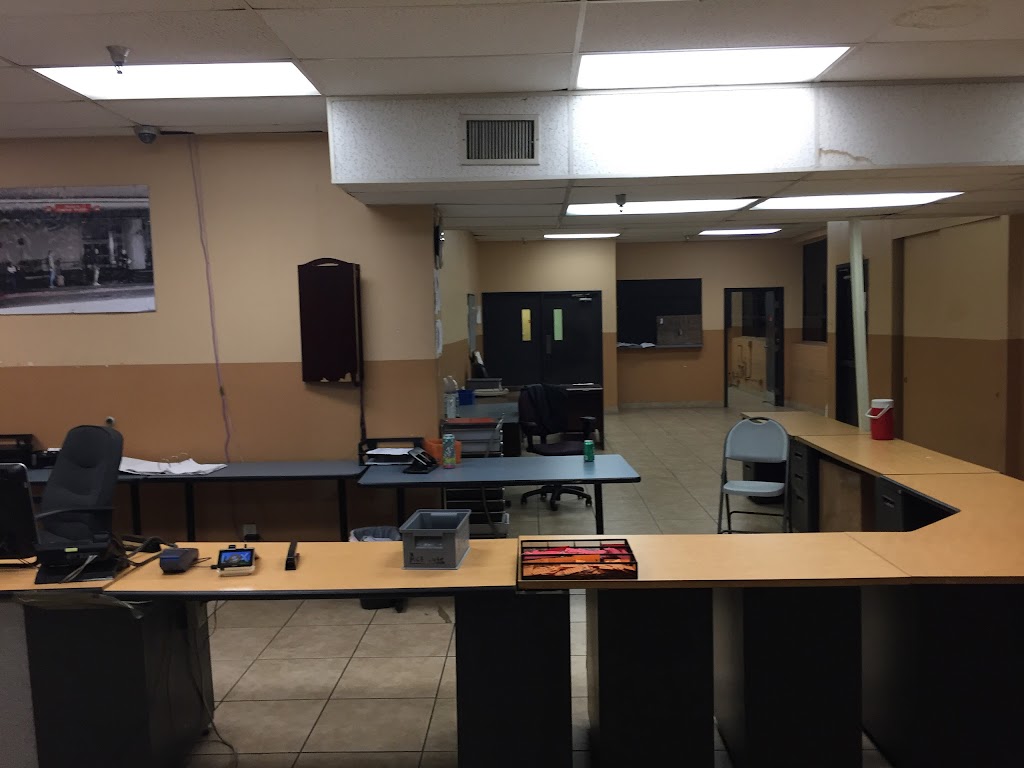 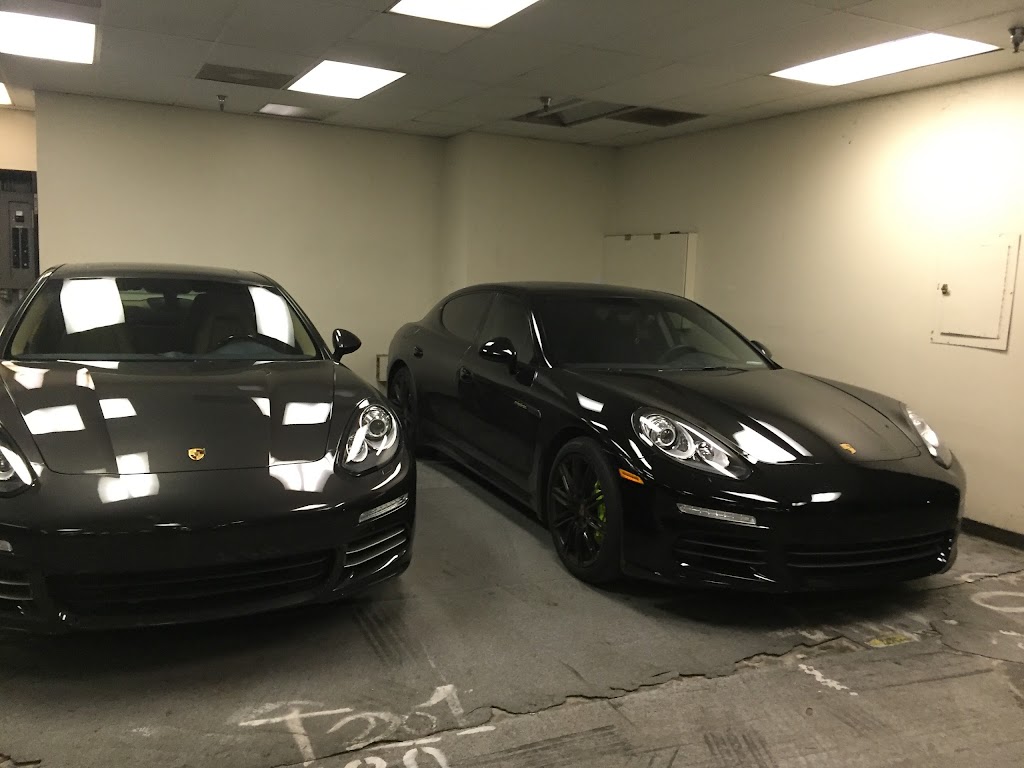 Book a cheap Sam's Parking LAX online today! Review directions, ratings, prices, and services all in one spot, plus see if there's any current promotions or deals available.

parkingaccess.com helps you easily search and book an LAX Airport nearby parking spot at the cheapest available rate.

View different services and amenities and parking options to find the best airport parking spot for your traveling needs.

You'll be able to see which car service types are available when you purchase your reservation online. These amenities may include Luggage Assistance, Car Wash, Oil change among many others.

parkingaccess.com will give you access to all available parking spaces and rates, conveniently available and easy to book on our website.

Get the best available deal by using a promo code to obtain discounts on reservations.

On parkingaccess.com, you'll be able to find useful information such as the address for driving directions, frequency of their airport shuttle, or their phone number of the customer service in case you'd need to contact them.

Did you know Sams Park LAX offers an indoor facility, valet parking with easy 24 / 7 shuttle pick-up? You can search our site to get Sam's parking prices and secure a spot to guarantee you get a space in this small parking lot.

We are one of the largest off-airport parking lots and one of the longest running, having started our business over 35 years ago, we are industry veterans that focus on quality and fair pricing.

So when I picked my car up I notice a strong mildew smell, and there was significant condensation all in the inside front window. I thought it was weird, but let it slide... I didn't even mention it in my other reviews below. However... When I was cleaning the mud (left from SAM's) out of my car today, I lifted up the all weather floor mats and the floor carpet was soaking wet... Both sides front and both sides rear... The entire floor was soaked. My only guess is they left the windows down and let rain get all on the side of the car!!! I have no idea if this was intentional or not (due to my 2 star rating when I dropped the car off). Either way, NOBODY SHOULD USE SAM'S PARKING SERVICE. My car now wreaks of horrible mildew.

12/23/19: Rude staff at the front desk during drop off. Two stars at this point. Will update this review depending on how the rest of the experience goes...

12/31: Dropping to one star... I rarely post reviews, but I feel others considering parking options in LAX should know, and the owners of this lot should know (if they even care)... Upon my return to the airport, I called Sam's parking and waited for a pickup. They could give no estimate on how long it would take before and shuttle would swing by and pick us up. We waited 30 minutes at the designated pick up point, noticed several other shuttles come by multiple times, but no Sam's shuttle. Luckily a Lyft happened to be dropping someone off, so we jumped and our great change of Fortune and snagged a ride back to Sam's parking.

You would think all would be good at it this point but noooo... When they moved my car from wherever they had it parked, I guess they decided to go do some mudding/offroading in my GTI... There was fresh mud all over wheels and inside the foot well of the driver's side.

Sooo... One star... Buyer beware.
Emma Yu
1 2 3 4 5
Very bad service. I parked my car there and got some damage. They said they are gonna refund the cost but Turned out they gave me a fake email. Nowhere to find the manager anymore. Also they messed up my car and there’s all dirt in the driver’s seat.
Paul Wetzel
1 2 3 4 5
I should have read the reviews before I gave this company any money. Website says shuttles every 10-15 minutes, pickup took over an hour. There are so many reliable parking garages near LAX, don't choose Sam's Park. The facility is in poor condition, the shuttle's run less than half as often as they say, etc. I saw the Joe's parking shuttle at least 6 times while I was waiting for Sam's park.
Betsabe Marticorena
1 2 3 4 5
Horrible experience before taking our car it was washed. We arrived they seemed a bit scattered and confused but pretty nice. Paid extra to have it parked inside. When we got back from our trip driver picked us up with an attitude they could not find my husbands name on the account. Office must have called the driver asked him for our confirmation info. Preceding to speak in spanish stating we did not know what we were talking about not realizing we also speak spanish arrived to pick up our truck when husband went to check it mud on tires and truck mind u it was washed before we dropped it off it was not raining at the time and the heater was on. They had left truck outside for 7days and or used it tried to charge us indoor price like if we were fools. PLEASE BEWARE!!!
Freddie hakimi
1 2 3 4 5
They have dangerous drivers in Lax be aware. They drive very recklessly!
Duane Alan
1 2 3 4 5
DO NOT USE THIS PARKING SERVICE. If I could give it a negative 10... I would. Our departure driver was from Egypt and did not know who Copa Airlines was. He kept looking for Coda Airlines. We were late, so at my urging, he finally called his manager and was told it was a terminal B. It wasn't, so me, my wife and two babies had to walk to terminal 3 to check in. The arrival made that departure look good. We called them and were asked where we wanted to wait. Heck, we don't know the airport (isn't that their job?), tell us! Finally we agreed for us to meet between terminals B and 4. A minute later I called back to ask if we should wait top level or bottom. I guess there had been an employee shift and an employee named WALTER told us to wait between terminal B and 3 on top level. So went there, and waited half an hour with 2 kids in the cold at midnight. Finally I called them and WALTER blamed me for not knowing that the van from their other company had been trying to find me. I was astonished! I told WALTER that we saw that van go by twice, but no one told me it'd say anything but Sam's parking. "Why are you yelling at me?" demanded WALTER and THEN HE HUNG UP ON ME. CLICK! I just stood there amazed as I hadn't even been yelling. I considered calling a taxi, but then just swallowed my pride and called back and more or less apologized to WALTER, at which point he was satisfied at my humility and said he'd send a van from Sam's parking this time. ARE YOU KIDDING ME??? So after an hour in the midnight cold, we finally made it to Sam's parking lot and guess what... yes, of course you guessed it. The car was not waiting and we had to wait another 10 minutes for it. WALTER apparently was working at the other parking lot they own, so I didn't have a chance to directly confront him personally... but the guy that was at the counter didn't apologize but demanded full payment. We paid and left. WE WILL NOT BE BACK to say the least...
Liana Jackson
1 2 3 4 5
Came back to my car after 10 days to a beautiful dent in my hood... fantastic. Really adds character to it's previously unblemished surface...
Ally
1 2 3 4 5
Location seems very unprofessional at first but they provide good service and was quick to drop off and pick-up. Make sure to view your Receipt and check where they will be able to pick you up. Other than that it went well.
bkseidel .
1 2 3 4 5
Beware. I noted the miles on my new car I left there. Came back and it had an additional 35 miles on it. The shuttles don’t run that often and the back door flew open on the one that picked use up. Luckily no luggage fell out but the driver didn’t seem to care either way.

Service was rude and I’d recommend paying a few extra bucks for a better lot.
bkseidel
1 2 3 4 5
Beware. I noted the miles on my new car I left there. Came back and it had an additional 35 miles on it. The shuttles don’t run that often and the back door flew open on the one that picked use up. Luckily no luggage fell out but the driver didn’t seem to care either way.

Service was rude and I’d recommend paying a few extra bucks for a better lot.
Kirk Howie
1 2 3 4 5
Good service and prices. Didn't have to wait long for pickup or drop off. Be sure to tip your driver. $5 should do the trick
Mandy
1 2 3 4 5
It's tucked away so once you get on the side street there isn't much traffic. We found it pretty easily but when we arrived we had no idea the procedure. We parked in front of the office and went inside. They take your keys and move it to their parking. They have a shuttle that takes you to your terminal. On the way they pick people up and drop others off so give yourself plenty of time to make your flight. However I would say it went pretty fast even if he did drive a little crazy. I was a little upset though when it came time for him to drop us off. He made a stop before our terminal and the van was going to be full so he made us walk the rest of the way. The price was one of the better ones for the area though so you get what you pay for.
Joy Bao
1 2 3 4 5
They asked us to call for pickup when arrived in lax. So we called, no one answered the phone. After 4-5 calls, a man finally picked up the phone told us to call again when we're at the curb, then hung up on me. 🙄 So we tried calling couple times again at the destinated curb, waited for 30 minutes until their car show up. Do not recommend this place if you are time sensitive or looking for quality services.