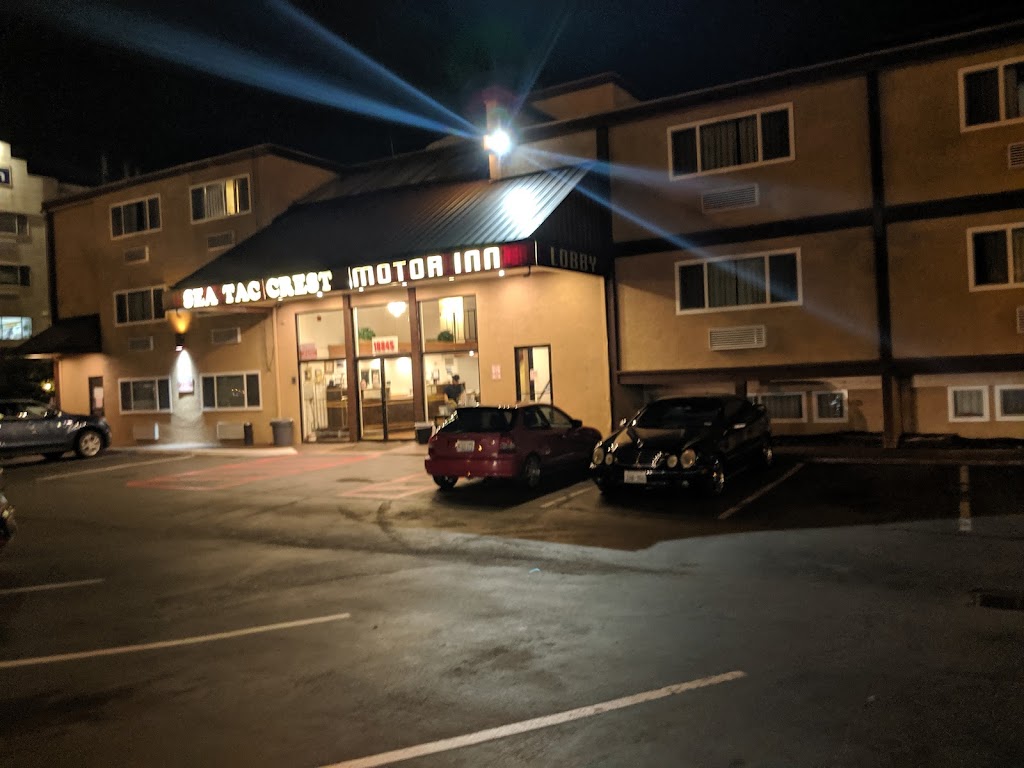 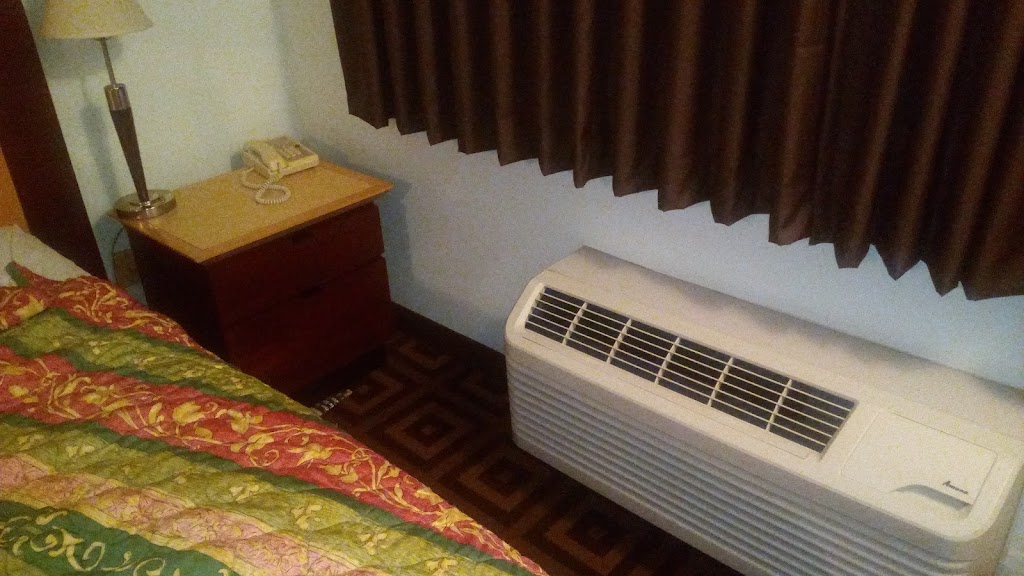 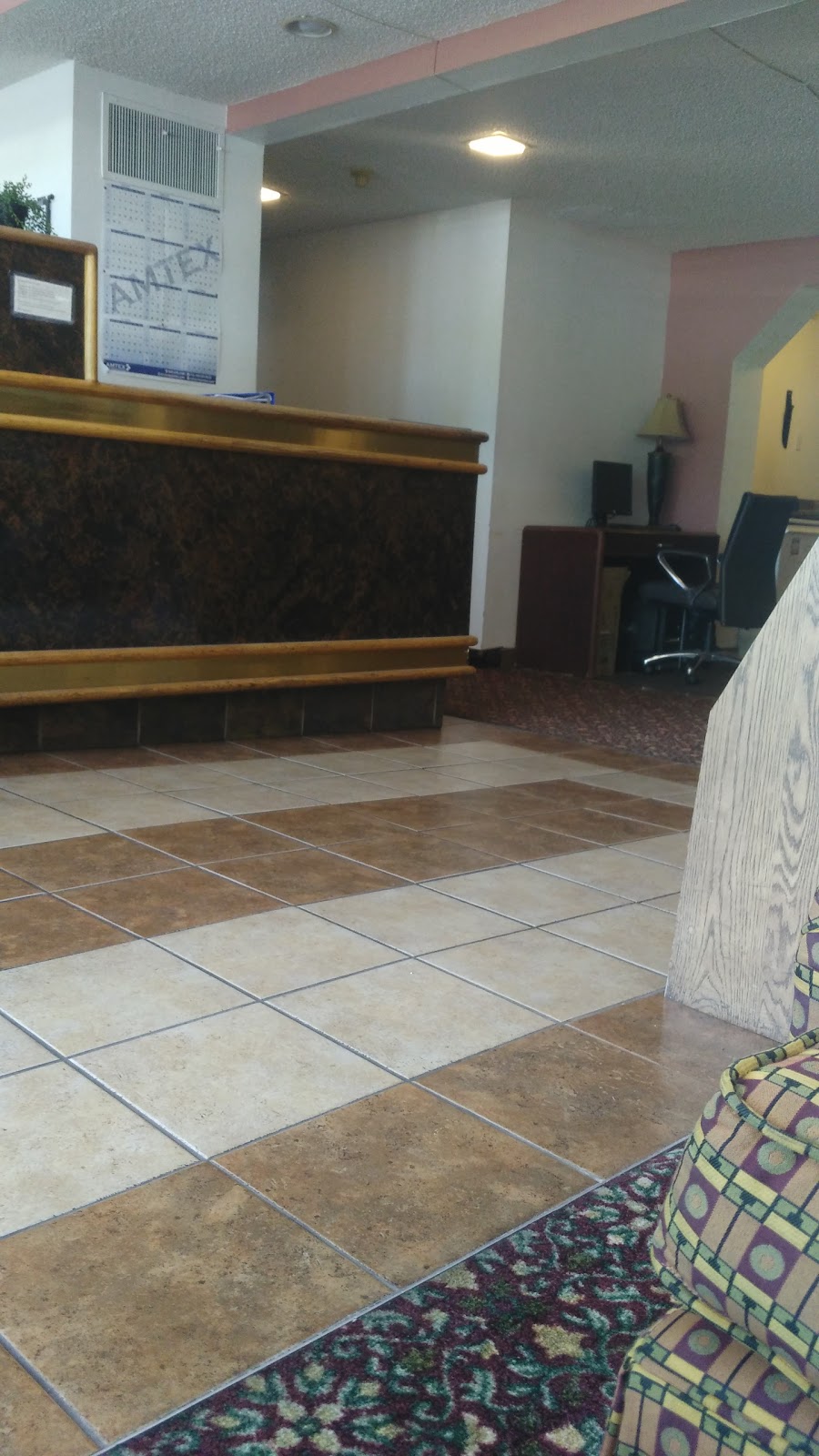 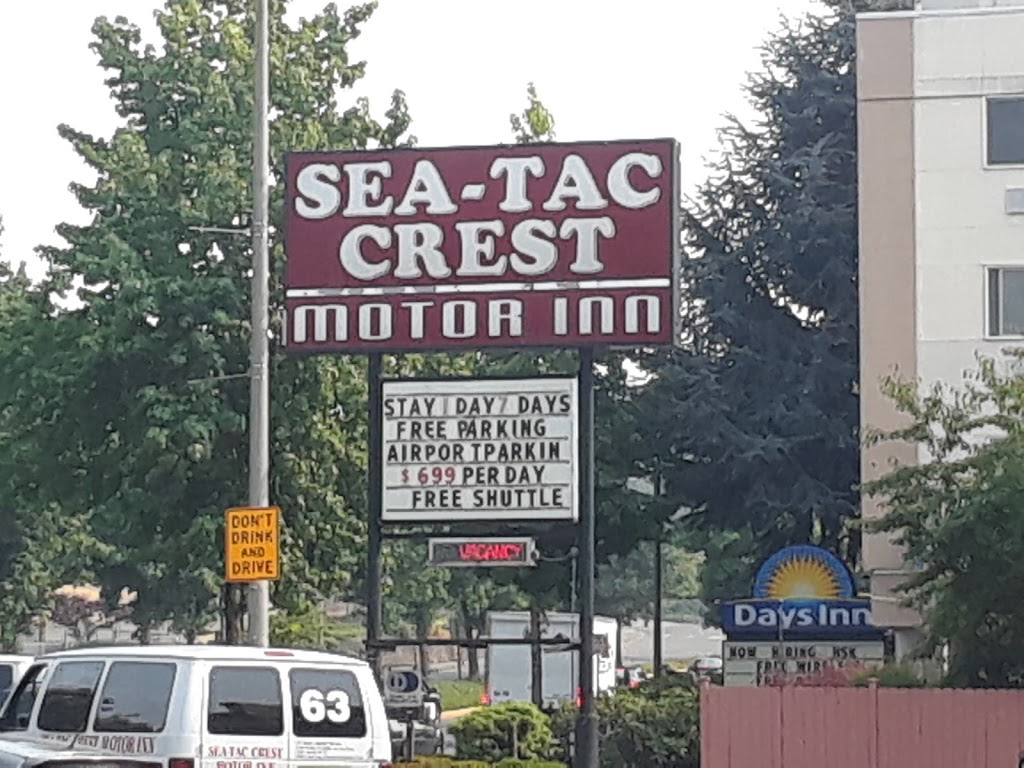 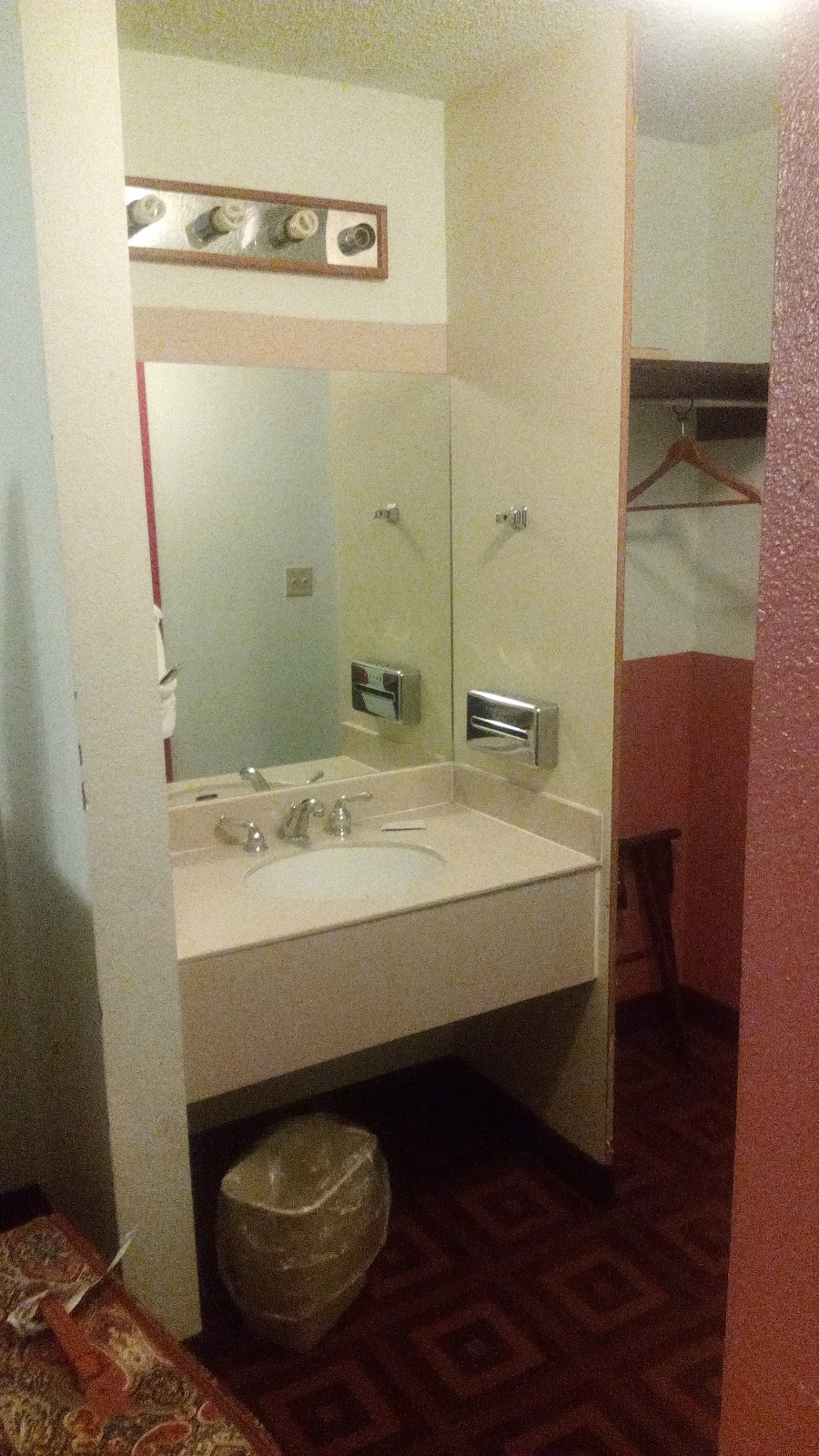 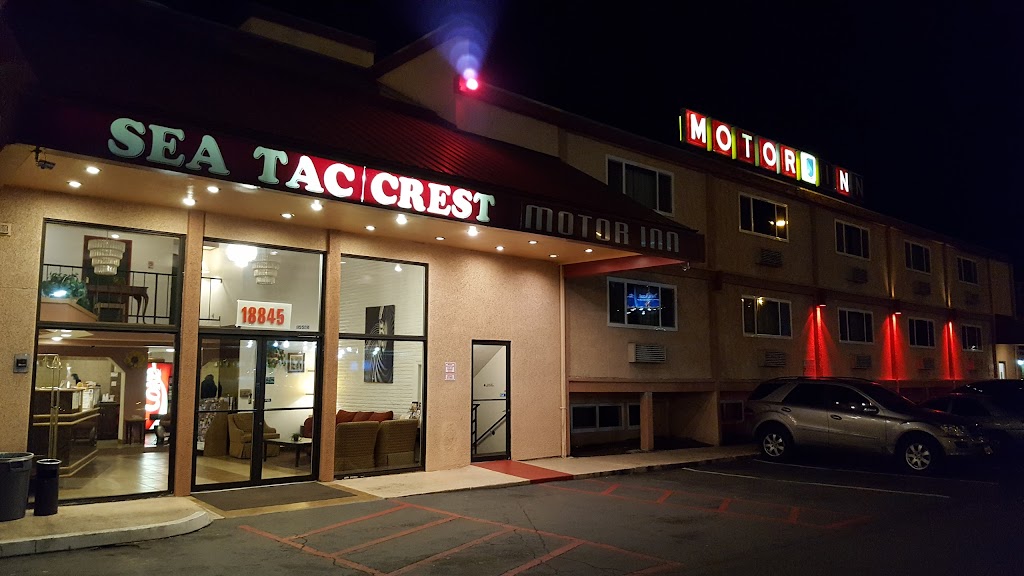 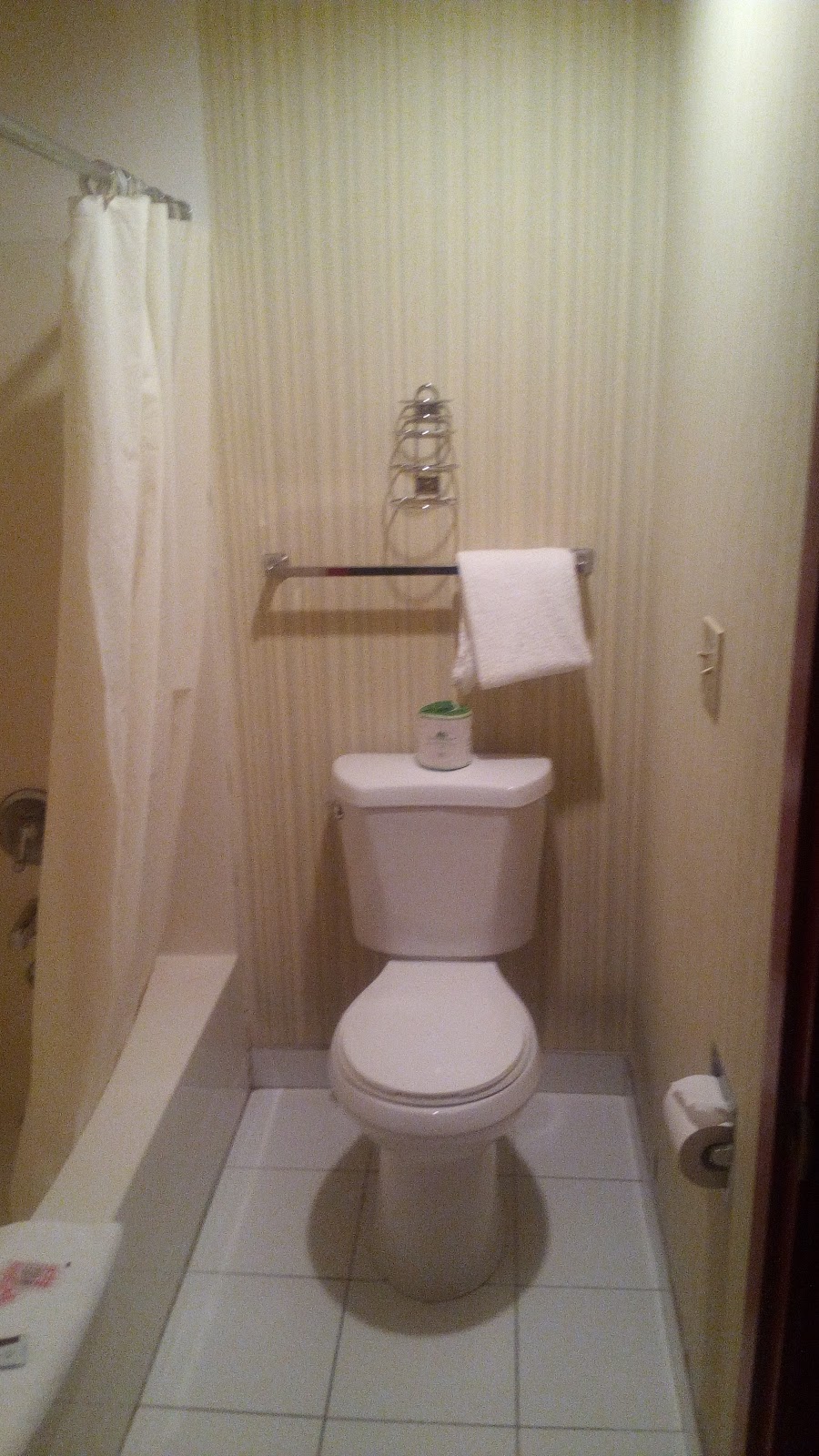 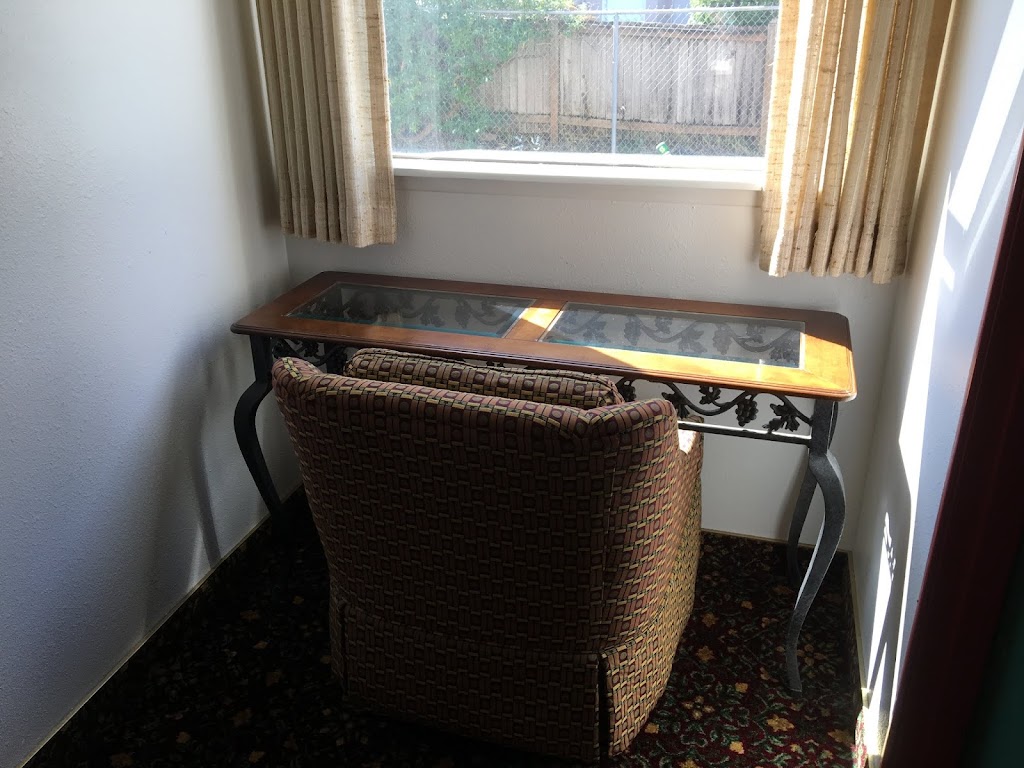 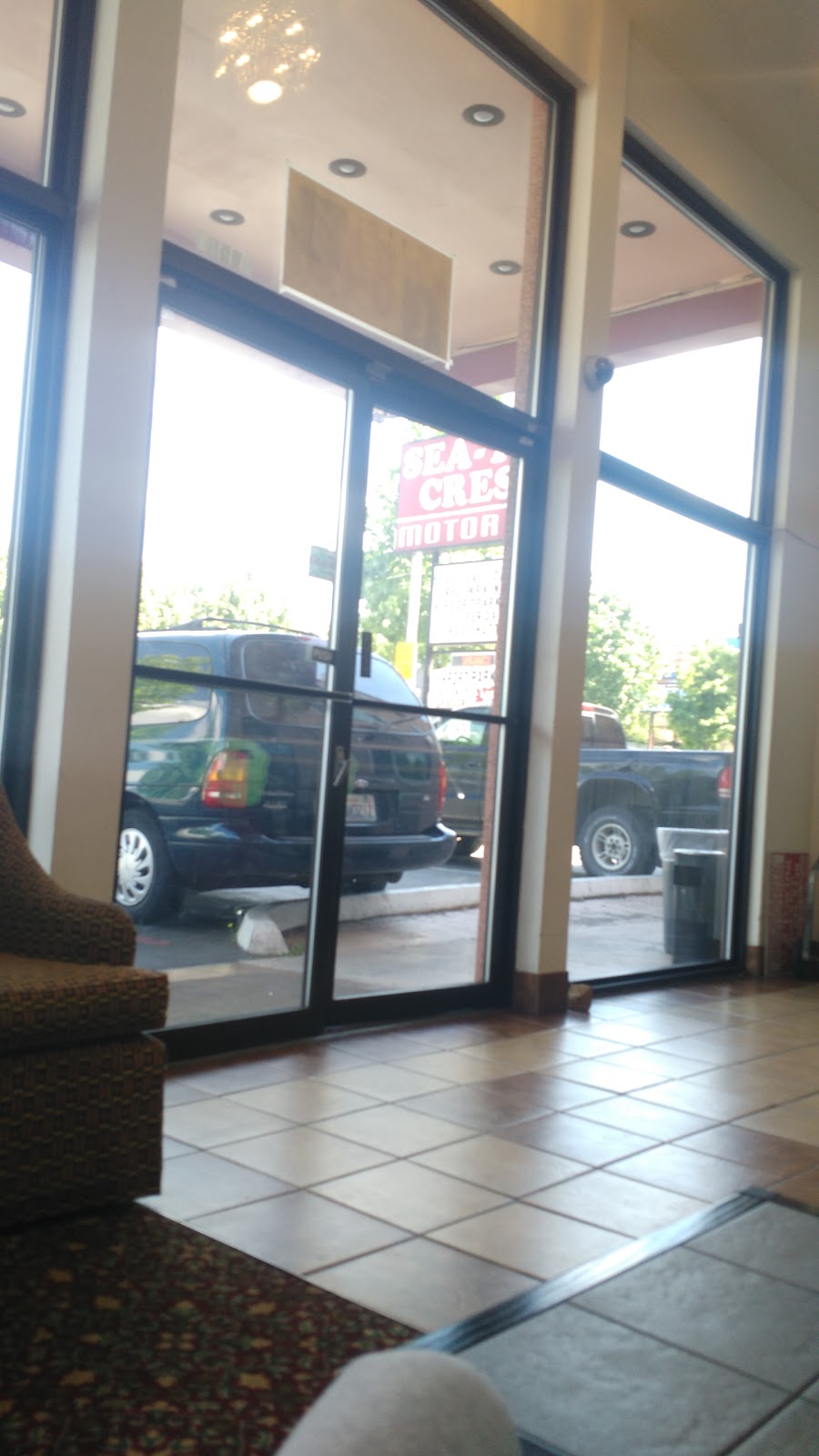 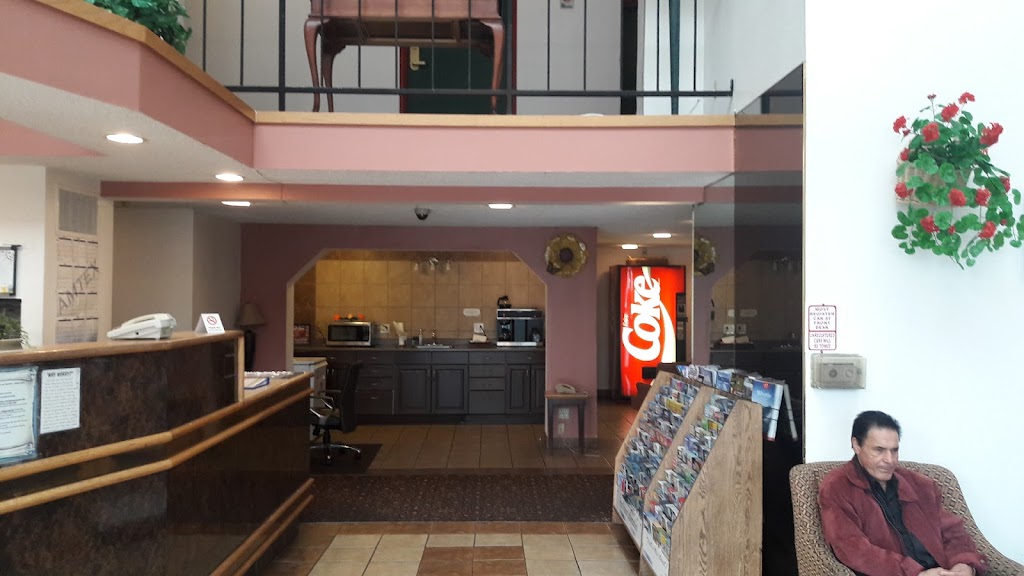 View All
2.6
Average
1 2 3 4 5
(Based on 295 reviews)
D Bucknell
1 2 3 4 5
Just a nice simple place pretty close to the airport with a shuttle to the airport and parking if you which to leave you vehicle here for a few days till you get back and you get coffee if you like
Hope Warren
1 2 3 4 5
The parking prices listed on their website are incorrect. Somehow I ended up paying $114 for 11 days and the lady at the front desk wasn’t able to explain why. I was too tired after 20 hours of travel to get down to the bottom of it. She said the extra charges were for tax but that would put the tax rate at about 48%. Also, they have issues with their shuttle van so we ended up waiting for an hour to be picked up. The only reason it’s not a one star review is because despite the sketchy nature of the location they were able to keep my car safe and the shuttle driver was friendly and helpful.
LankyDoodle “Ms.LadyLave” Stewart
1 2 3 4 5
Horrible place to stay. I wouldnt recommend this place to anyone. I'd rather sleep outside in my car before I EVER stay here again!!! Very dirty, they steal your money, bedding wasn't clean, shower spit out brown water so did our sink, there were Roche's everywhere , I had to vacuum my own room when we got in. We had to use our own blankets, and towels had weird unexplainable stains. Just all around bad stay. Stay at own risk. If I even gave this place any stars it'd be negative ----7. Don't recommend for anyone. Should be torn down!!!!
Rodney Lafave
1 2 3 4 5
reasonable rate for a room, parking and airport shuttle.

older hotel but clean, perfect for what we needed.
Gristle
1 2 3 4 5
I have used this place for years and have never had a problem with my parking there until recently. When I arrived back and collected my truck after vacation, I found 3 pairs of sunglasses ( average 275 per pair ), one set of prescription glasses and 25 car wash coupons missing from the console and seat back.

Truck was not jimmied nor broken into so the staff took no care to ensure the vehicle was locked or secure while in their care. Manager shooed away my call saying I knew they were not responsible for property in cars and I get it. I have used them for years but will not recommend them any more as the character exhibited by MOD or owner is lax and lazy.

My little bit of money doesn't make a difference to these folks and I could really not care about 40 bucks. The indifference of the folks is offputting and insulting, 10/10 would not recommend them because of this.
Stefanie Okerson
1 2 3 4 5
I've been in this place for a month and was kicked out because my MOTHER had stopped by to pick up her car from me. And she came in my room to visit for a few minutes. The OWNER then proceeded to say that we have traffic in and out all hours of the night which is false. Not to mention they are over priced and rooms are dirty and they don't provide you with enough towels or anything. Motel 6 is so much better than this place
Ken Potter
1 2 3 4 5
This property is in need of a major amount of attention and maintenance. The sink drain stopper didn’t work. The TV didn’t work. Not enough towels. Light bulbs in lamps burned out. It’s generally a run down dump.
Brian Jones
1 2 3 4 5
Fair priced single rooms. No price gouging during this heatwave. Wonderful owners.
Tasos Manouras
1 2 3 4 5
Do not leave your car over there under no circumstances ! ! ! Left mine for only two days, came back and it was damaged by someone driving it. When I explained what happened and the condition under which I found my car the owner asked me if I was Spanish.
Charles Rashaan Flanders
1 2 3 4 5
First off the dude that checked my car in gave me a low price because he didn't know what he was doing then when I come back to get my car I called the day before to tell them that I'm coming in two days early because of an airline issue so she was going to keep my money for the two days and give me credit and I told her I didn't want credit so did she decided to add up everything for herself and it was more money so she took out the money that the guy didn't charge me for and gave me the rest that was left over for the two days I don't think I was right so I'm giving them one star I would never use this company to park my car when I go out of town ever again. Oh and my car wasn't even there when I got there they have to go look for my car they knew I was coming bad business
Rhiannon James
1 2 3 4 5
Not bad, they’re doing their best. Fine for a one night stay, anyone complaining it’s ghetto should honestly shut up because you’re probably a prissy white suburban couple and you’re forgetting you get what you pay for. Very kind lady at the front desk, AC worked.
Tonny Lukongwa
1 2 3 4 5
DO NOT PARK HERE AT SEA-TAC CREST MOTOR INN

The owner is Karnail singh. We (My family of 6) reserved this place online to park my car 5/7/21 to May 10. The ordeal started when we got to SEA-TAC CREST MOTOR INN and the price was switched. Then Mr. Karnail singh drove us to the airport like he was drunk. He has no control of the vehicle he would just swerve left or right, and we were being tossed side to side in the vehicle. Everybody in the vehicle was worried this man could make an accident but good we arrived at the airport safely. Then when we got back on 5/10/21 at about 4pm from our trip to Chicago. We call SEA-TAC CREST MOTOR INN and they sent they only white small van but there were two families. The white van took the first family of four and we had to wait for the van to return. The van came back picked us and we go to the SEA-TAC CREST MOTOR INN. When we go to the Inn, they gave me the keys. When I approached my car, I noticed that the passenger side mirror was tapped with two strips of black tap. When I got close, I noticed it had been broken. I went back to the office and asked about my vehicle. Mr. Karnail singh told me that somebody had hit my car with a stone. Then I told him to pay for the fix. Karnail refused and run away and told me that I had signed the paperwork that he is not responsible. I called the police and when they came, they told me it was a civil case and maybe I should settle with him. Mr Karnail did not return so we had to leave. Now I am dealing with fixing this myself for over $1000 parts and labor. I Advise anyone thinking of parking at this cheap place to rethink.
Gracious Horace
1 2 3 4 5
We parked our car on 5/7/21 and returned 5/10/21, the side mirror at the front was hit, the owner did not tell us and when we told him after viewing the car, he pretended like nothing had happened and said he said after that someone threw a rug when we reported to police, he said someone was parking and it was hit. The price online is different from the price when you reach the place. Please don’t take your cars or stay in this place. The receptionist is rude and the place is very tiny, please don’t risk your car. They say that they are not liable for any damages which makes your property at risk. Please be safer and don’t try this company. Cigarettes smell in the van as well and very dirty. Pay more for another company and keep your property safe.
Tim Duffin
1 2 3 4 5
Crest Inn and the crew are superb. Always helpful and welcoming. Whenever I'm in town this is the first stop. Anything you need is within 2 blocks either direction. There were times I didn't stay here but stopped by just to say hi. Trust me some of the

reviews are not accurate. I will always make this my first choice to stay when in Seattle south.

Thanks to Karl and his cohorts your awesome 😎
Jack wilson
1 2 3 4 5
Booked a spot on the website last night. Got a confirmation email saying it’s all set. I show up today and they tell me no spots left and hang up. Do your self a favor and listen to the reviews.
Colleen Tiffany
1 2 3 4 5
I didn't stay there, I reserved a airport parking spot. When I arrived, their lot was overly full & I could barely pull in. I went to the front desk & the attendant was extremely rude & acted like it was my fault & told me to go somewhere else. I even had my parking receipt & reservation printed. Hotel was run down & the restroom in the lobby was filthy. STAY AWAY!
Jen Washington
1 2 3 4 5
he only plus side to this place is that it's directly across the street from the airport and you can smoke in here that's about it it is very unclean but I guess that's what you get when you're at the edge of the airport at least they let you smoke... But for $97 it should definitely be better than this
Elvis Dhanraj
1 2 3 4 5
I paid to park for a week at the motel and was supposed to get the shuttle to catch my flight and on my way back from my trip after a week. When I called to get the shuttle on Friday March 19th, 2021 to pick me up at the airport to retrieve my car, the driver did not come out of the van to greet me or to assist with my bag. He started conversing while driving and he said his name was Harold. He handed me the keys to my car after asking me for my ticket while he was driving. As soon as we entered the parking lot and pulled up he came out of the vehicle. I thought he was coming to the side to open the door as help me with my bags but he was no where to be found. I tried to open the door and it was locked. I looked around to see if he was anywhere close by and could not see him. I panicked since I was in a locked vehicle and no one around. I called the motel and he answered the phone. After explaining to him that I was stuck in the vehicle, he came out and opened the door. I cannot believe that a person in customer service would have such dreadful behavior. I would never use their service again. Unbelievable!