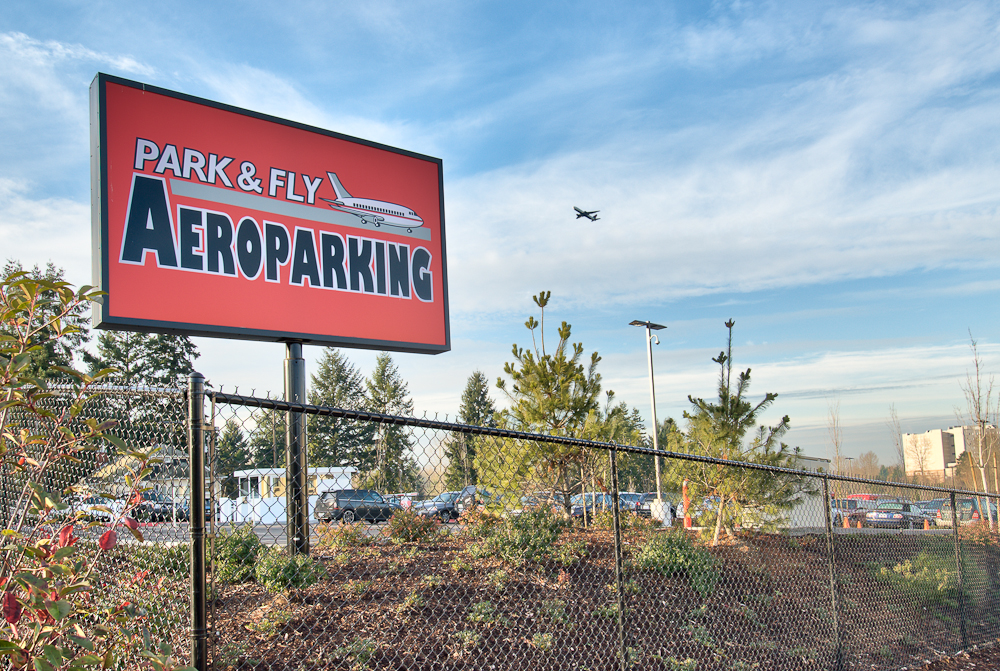 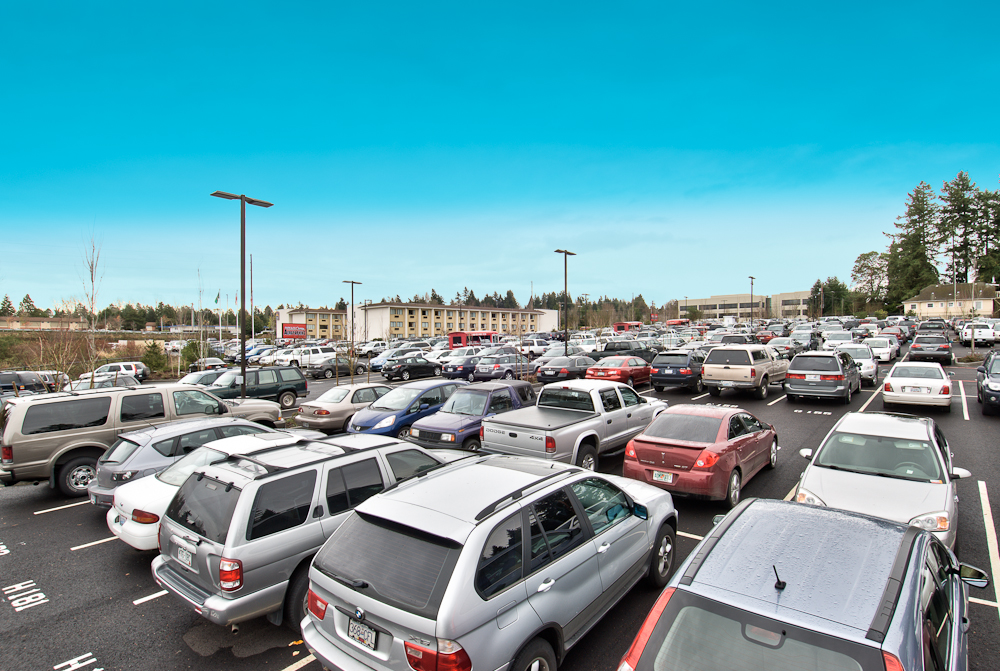 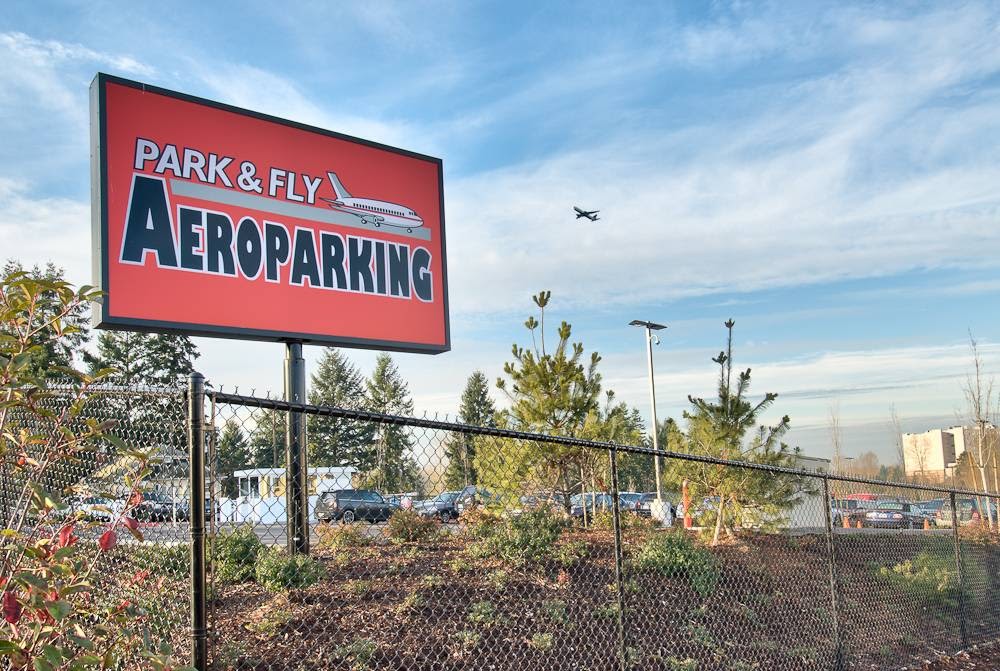 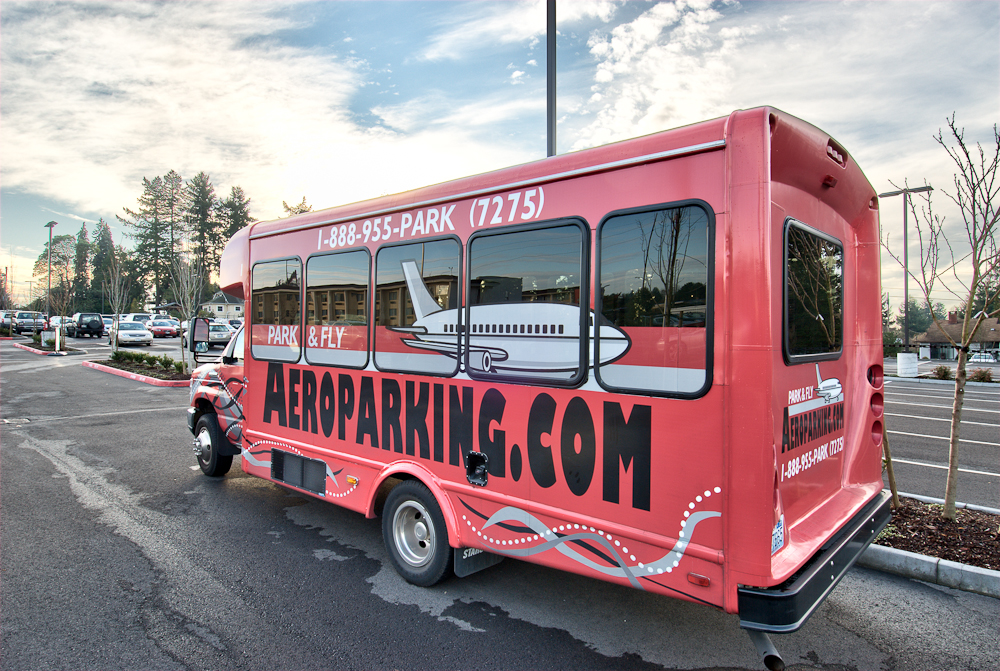 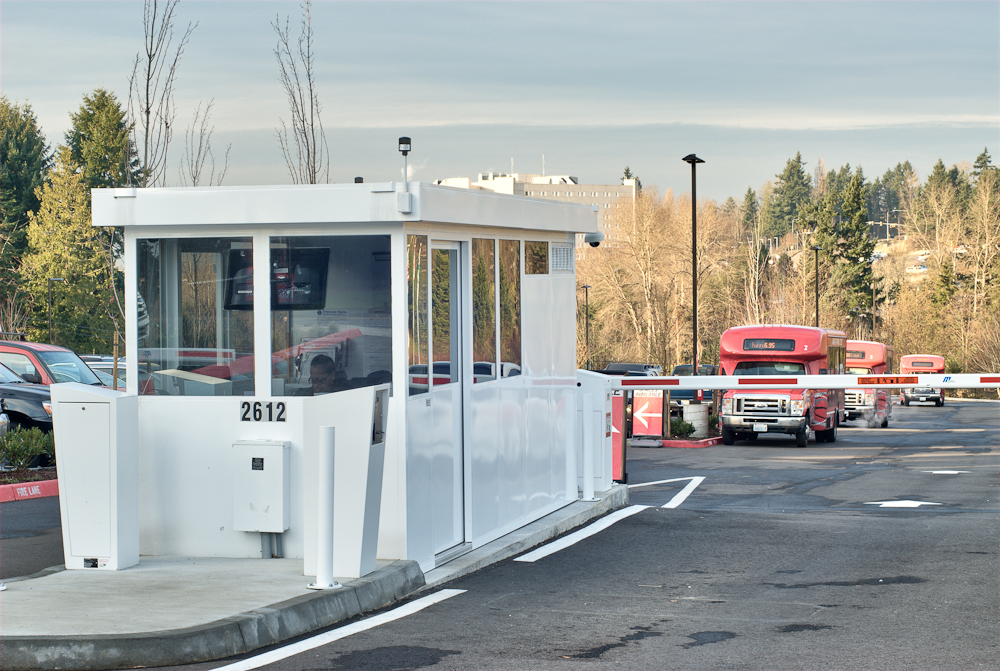 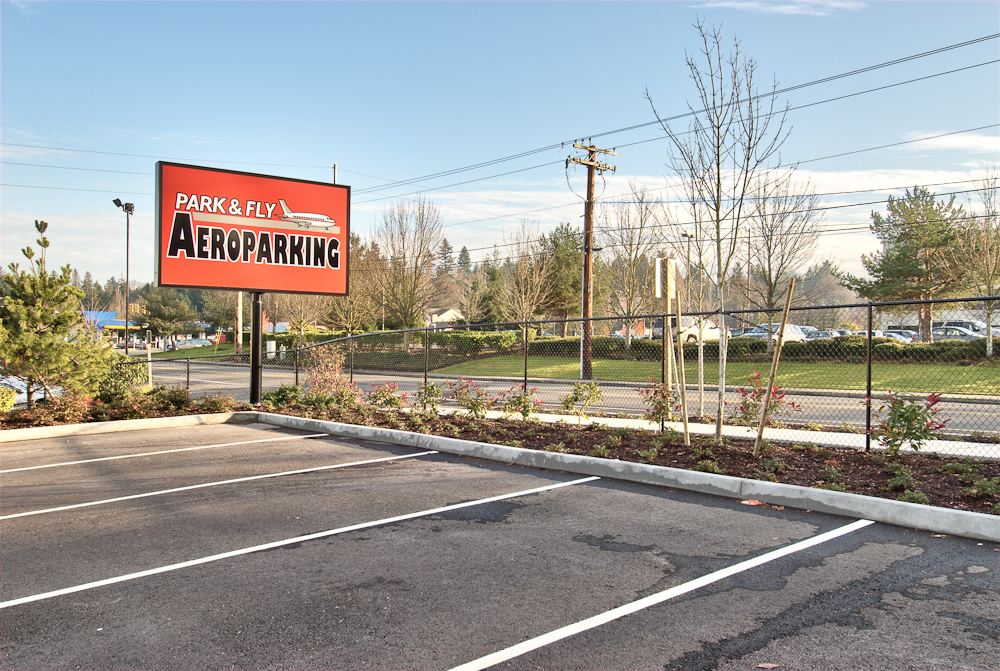 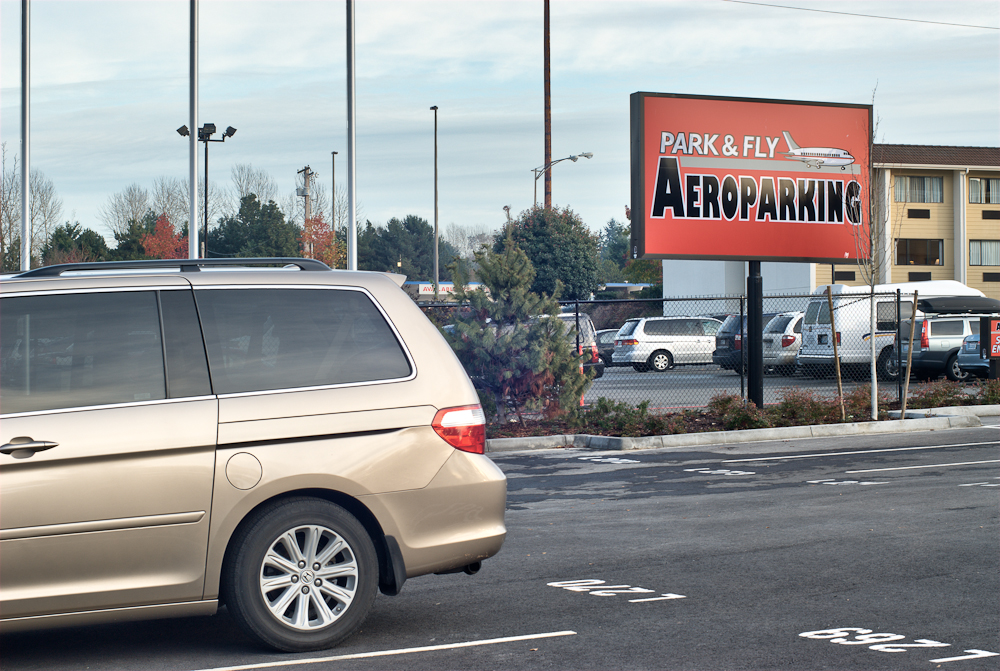 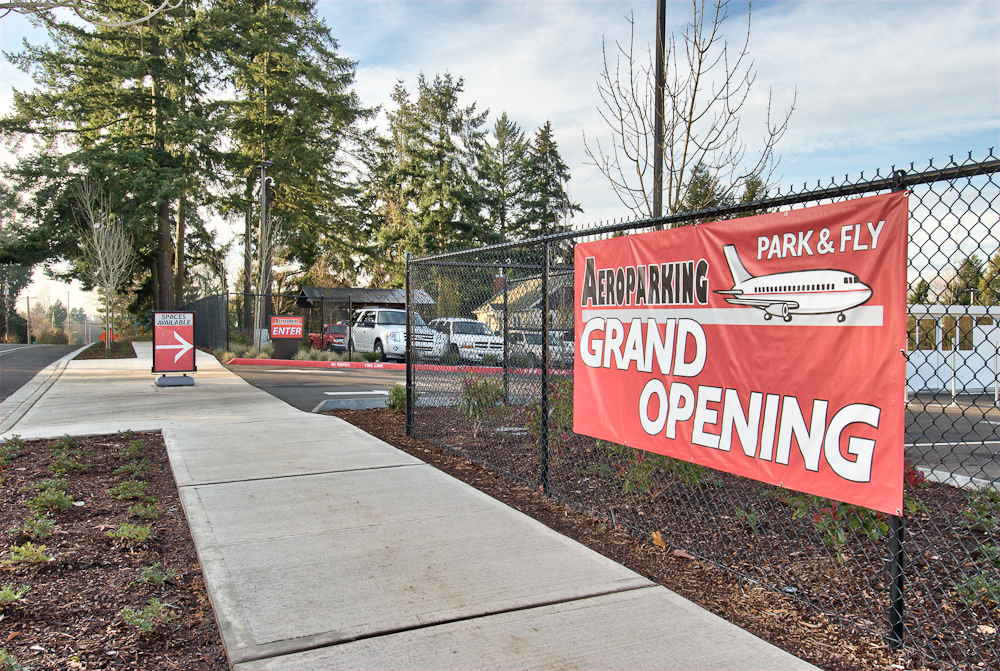 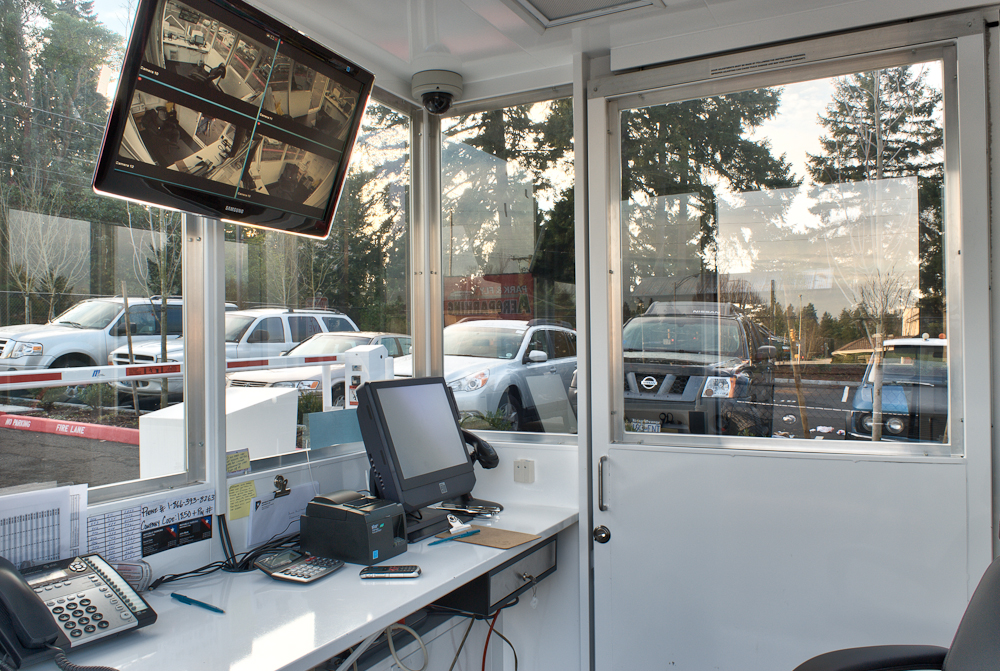 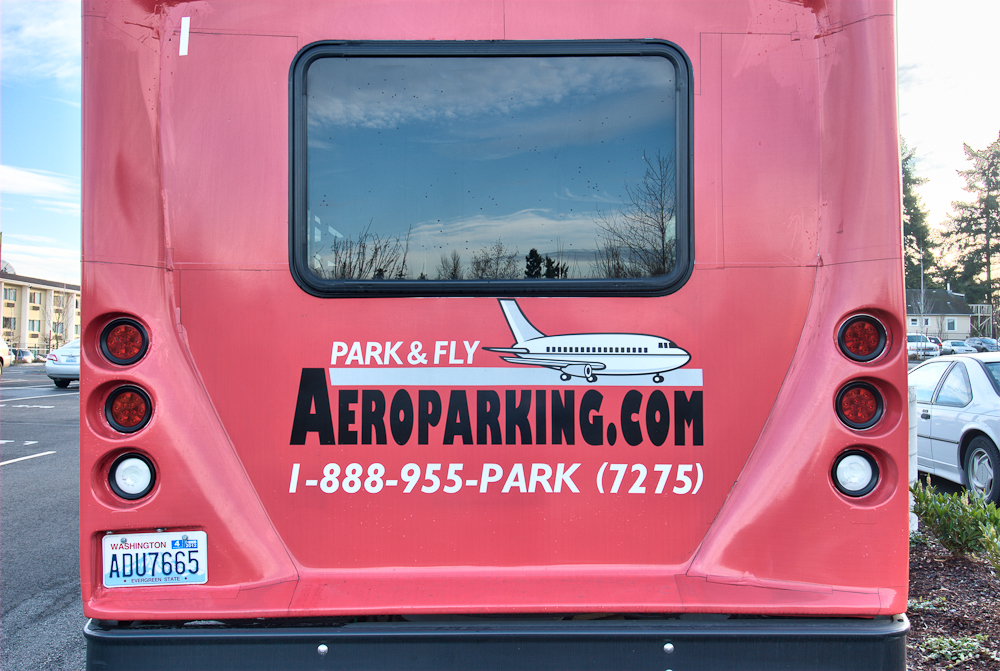 One of the most popular economy parking options is Aeroparking Seattle. Keep reading for parking location, the best rates, parking fees, and other useful parking information.

Aeroparking Seattle has a secure parking lot 2 miles from Sea-Tac Airport. So, their free shuttle service will easily take you to or from the airport terminal. This parking area and airport shuttle transportation to SEA are available 24/7, and shuttles run every 15 minutes.

Even though airport parking reservations aren’t compulsory, you should book a parking spot in advance to save some money. This way, you can get parking discounts on daily parking or Seattle Airport parking coupons.

Reserve a discounted parking space using our simple booking system in no time! We accept all major credit cards.

Make a reservation to get instant confirmation and guaranteed parking garages. Avoid sold-out situations or a higher drive-up daily rate, and enter the covered parking facility stress-free with our Aeroparking SeaTac reservation.

We’ve been waiting for the bus forever
Estelle Walker
1 2 3 4 5
These guys are the worst! Defintely not worth the few bucks you'll save on booking. I have mistakenly used these guys multiple times thinking that each time was an isolated incident but at least 3 times now they have let ys sit at the airport and wait for them for more than 40 minutes. Do yourself a favor and do not use this incompetent parking services. They are awful.
Kaitlin LaCaille
1 2 3 4 5
I was using a different parking service and was having a very difficult time getting a shuttle to the lot. The Aeroparking driver was so nice and dropped me off at the other lot.

Now I use Aeroparking for all of my trips. Aeroparking gained a loyal customer because of how amazing the driver was when I wasn't even their customer yet.
Paul Darilek
1 2 3 4 5
One thing done right = great review
Josh Wakim
1 2 3 4 5
They get 2 stars because they have a decent rate. I have used them many times and service is usually ok, but waiting 30min for a pick up after calling twice is unacceptable. I will be spending my money elsewhere from now on.

Fooled me again. Returned to Aeroparking for another go around, and surprise, yet again 25 minutes waiting for the shuttle while watching countless other garages and their fleets pick up their customers. As many people have pointed out it is an 8 min ride so why does it take 25 for the shuttle to show up?
Geneanne Easley`
1 2 3 4 5
The service was completely awful every single person that I was in contact with that worked there was rude. The shuttle driver drove like a maniac and was on His phone while driving. They acted as if we were an inconvenience and I felt disrespected. For the price they were awful. Don’t ever recommend them.
Eric Reddy
1 2 3 4 5
Good value, the shuttle service from the lot is hit or miss.
Jay Oestriech
1 2 3 4 5
I have parked here several times. Yes the price is good, but frustrated with the wait to catch shuttle back from the Airport. It takes way too long. Last night it took over 30 minutes for shuttle to arrive. I was told 10-15, when it is only a 8 minute drive. After 3 calls checking on status I was told driver was just pulling into garage. It took another 7 minutes before the shuttle even got into the garage. When I asked if they only had 1 shuttle running the driver said no they had 2, but lots of traffic. There was hardly any traffic, I have noticed this before, seems they have something else they are doing and can't seem to give an honest answer. With all this said it was 50 minutes after we got to the curb at Island 1D before we were on I5 heading home. Just not worth the savings at Midnight. I saw all the other companies shuttles 3 + times. The attitude of the staff has gotten worse also. All the staff had been very friendly when I first started using Aeroparking. Now it is if they don't care. I have to guess it is a management problem. Very doubtful I will park here again.
Chad Meyer
1 2 3 4 5
Parking was fine but shuttle still didn't come after 45 minutes. I wouldn't have minded as much if they hadn't claimed it was almost there both times I called...
Steven Daubert
1 2 3 4 5
This is my favorite spot for longer term parking ,easy access,low rates & if you sign up for the loyal program you get points for free parking. Quick pickup & ride to the airport.Always fast picking up & leaving the lot to head home.
Chris Dissel
1 2 3 4 5
Always courteous. Easy acess slightly away from the hustle of the airport. Easy reservations and I haven't been turned away yet!
Ashley Rose
1 2 3 4 5
For the price I don’t mind waiting as long as it takes to get picked up from the airport. But let me tell you. The customer service by the attendant at the gate is horrible. She was very rude. I got there at 3:30am & trust me, I’d be grumpy working at that hour too but doesn’t mean you need to take it out on others
Julie Perry
1 2 3 4 5
I have been contacting Aeroparking for the last 4 days with no email or phone response regarding my card being charged double. I paid half cash and Imm pretty sure my cash either got pocketed or he hit the wrong keys on his machine, either way i think i deserve a call back. - The manager did end up calling me back and was very helpful in determining what happened.
Mary Eagle
1 2 3 4 5
The check in representative at the gate was unbelievably rude. I have never experienced anything like it before. Never will be parking here again and I will be calling corporate.
Jim T
1 2 3 4 5
Shuttle Service - Initially I was put off by the brashness of the driver, however he was direct, efficient and got us to and from the airport with our items. I don't need a red carpet rolled out or someone coddling me. They do a great job. They arrived on time and with good communication.

Parking lot - My vehicle was safe and secure in the lot for the week it stayed outdoors. Plenty of space between my big ole truck and others.

Aeroparking is unavailable to book on our website. Search for other parking options available at SEA.

Aeroparking is unavailable to book on our website. Search for other parking options available at SEA.