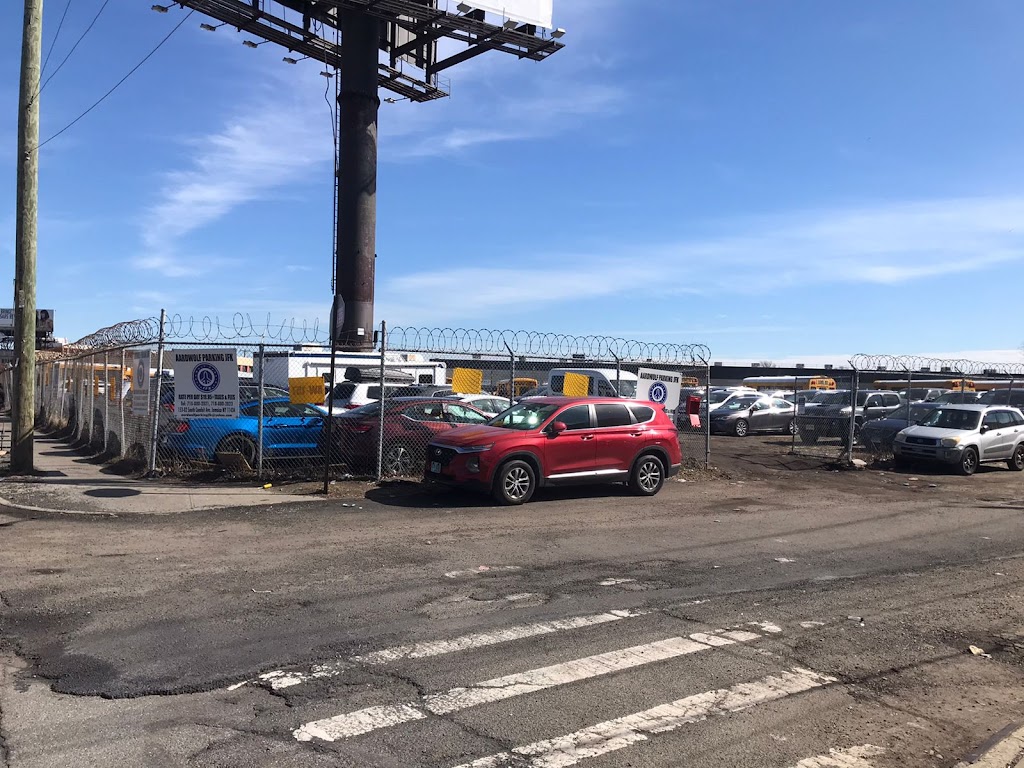 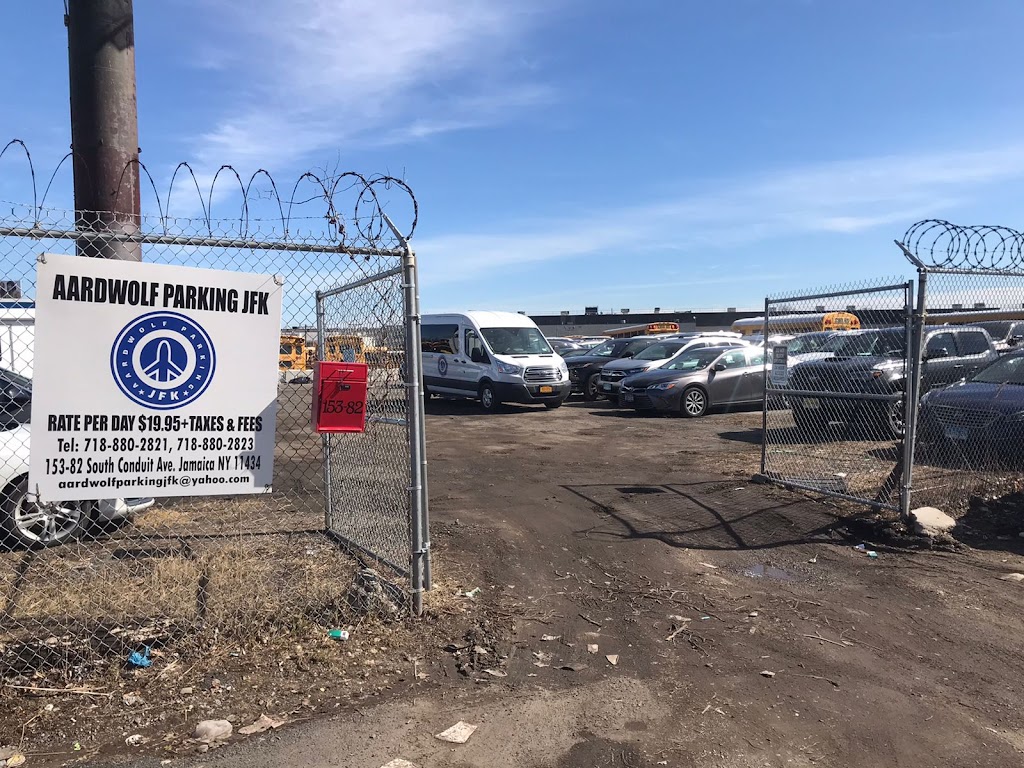 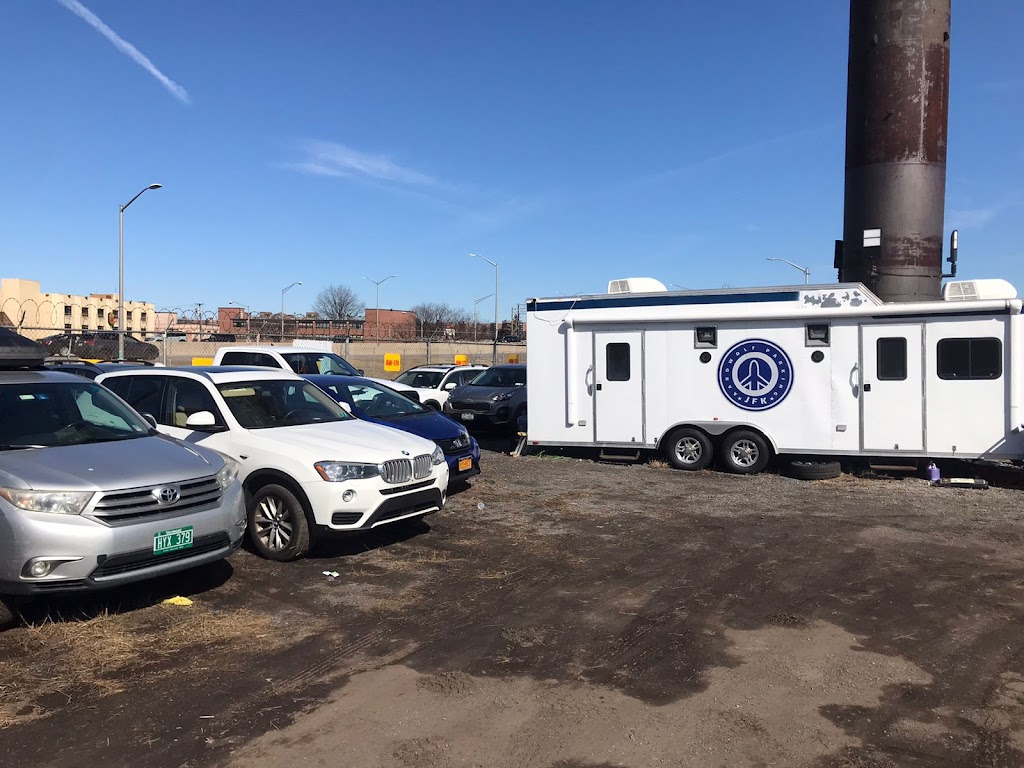 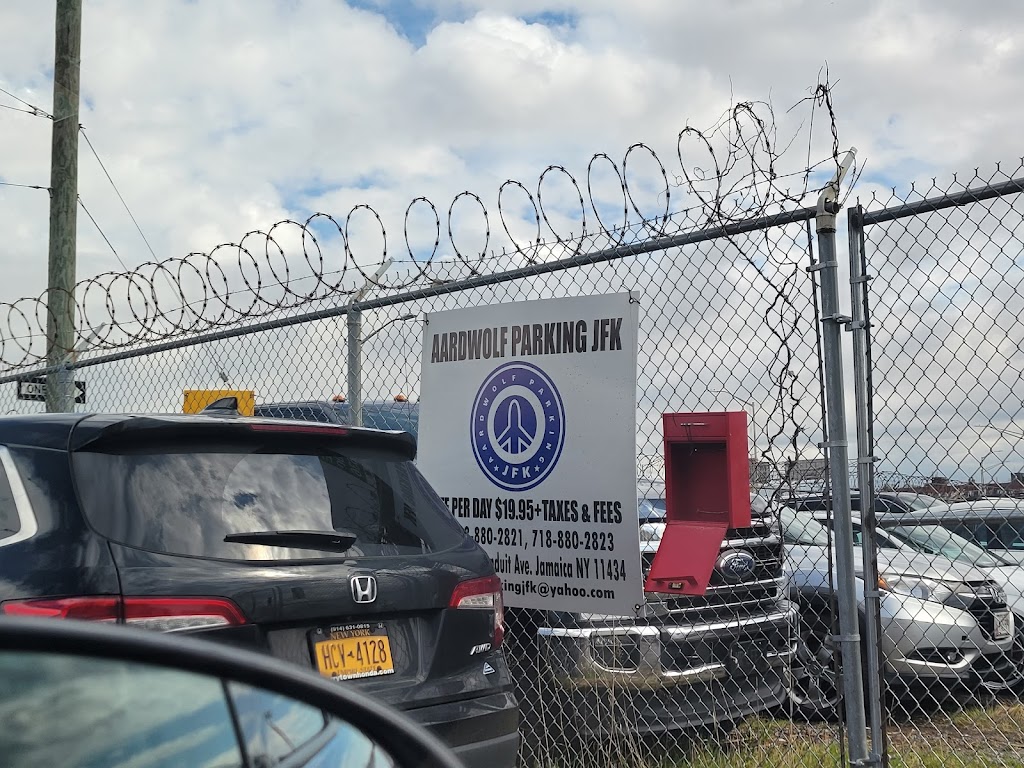 Are you searching for an affordable and convenient parking structure near John F. Kennedy International Airport? We can assist you in booking the best parking facilities close to JFK with free shuttle transportation to the airport terminal building. Keep reading to see more about one of the most popular parking structures in the area - Aardwolf Parking.

Use Aardwolf Parking Coupon Code JFK319 at the checkout to cut your parking costs!

Aardwolf Parking is situated at 128-20 152nd Avenue, South Ozone Park NY 11420. If you’re using this parking lot for the first time, you should check out the driving directions to Aardwolf Parking JFK. It is 1.5 miles from the airport, and so the drive to/from the JFK terminal area takes 3 to 5 minutes. The parking facility is open 24/7.

It provides secure parking services in a well-lit parking area with about 600 parking spots. Whenever you come, you will receive professional valet service, free luggage assistance, and free Wi-Fi access. You can book an Aardwolf Parking spot whether you’re looking for overnight parking, long-term or short-term parking.

After entering the structure, go to the office in the parking lot for a check-in. Attendants are there to load your luggage on the shuttle bus and park your vehicle once you’re done with the check-in. Parking is available on a first come, first served basis.

Passengers driving oversized vehicles do not have to worry about the height restriction since this is an uncovered parking area. However, note that the public parking rate for SUVs and trucks is $3 higher than standard parking rates.

Online airport parking reservations are not required, but we highly recommend that you make advanced online reservations and make sure you have your parking space available at any time of the day. This way, you will finish the check-in process faster, and you’re going to save some money, too! This is especially important for the budget travelers that are looking for long-term parking options.

Hourly parking rates are not available, but the daily parking rates for this valet parking start at $12.95. This is much cheaper than the on-airport JFK Economy Parking lot, and you can save more than $35 for a week-long stay by choosing Aardwolf Parking instead of the official on-site parking lots. All major credit cards are accepted.

Apart from safe parking service, Aardwolf Parking operates a free shuttle service to and from JFK Airport terminals. After the check-in, one of the attendants will direct you to the shuttles and help you load the luggage. The shuttle buses run 24/7, approximately every 10-15 minutes. So, plan your trip ahead in order to have more time for parking and the shuttle ride to your JFK.

How to catch a shuttle at JFK back to Aardwolf Parking? When you arrive at the airport, take your luggage and call Aardowlf Parking JFK office at 718-880-2821 or 718-880-2823 to inform the dispatch of your terminal number. They will give you additional information on the shuttle stop and transportation services.

If you need more information, please call their office at one of the numbers listed above, or you can send an e-mail at [email protected].

Discover all discounted parking facilities on the spot! Book the best one to get instant confirmation and guaranteed parking space, and avoid sold-out situations or higher drive-up rates. You can enter the facility with a peace of mind with a parkingaccess.com parking reservation.

Passengers who do not want reserved parking near JFK should check out our John F. Kennedy JFK Airport Parking Guide. There, you can see all on-site covered parking options, such as garage parking spaces or the economy lot, and compare the rates with this off-site parking company. There is one more JFK parking option: you can park for free in a local hotel near the airport for up to 2 weeks! Discover How to Save on Airport Parking with Hotel Park and Fly Offers, and check out the best Park Stay and Fly packages at many hotels.

View All
2.2
Poor
1 2 3 4 5
(Based on 39 reviews)
Ruby Bonilla
1 2 3 4 5
They'll take FOREVER to pick you back up. You're better off with an Uber
ELBA RODRIGUEZ
1 2 3 4 5
I DO NOT recommend this location. Disrespectful to deal with. Not only did they have hidden fees but when I went to pick up my car, I found a battery charger in my back seat, which was not mine. I confronted the agent in wish he didn’t even know what to say. Made a phone call then in front of me open my hood and tells me that they used my battery to jumpstart another car. Little did they know that I took a picture of my dash with the odometer reading and the gas content in my car. The odometer was the same but my gas meter read 4 gallons less. He wasn’t at all apologetic, however he was on the defense and trying to yell over us.
Mike LP
1 2 3 4 5
Stay away. If you use this parking make sure to inspect car throughly before they rush you out. My car had scratches I realized when I got home, but don’t expect anything from this unprofessional business after you leave. I Never take time writing negative reviews but I really wish I listened to the negative feedback before paying these people to damage my brand new car door they were supposed to be watching
Leah Benson
1 2 3 4 5
Pickup shuttle on time. Car was ready and waiting.
Lisa Santiago
1 2 3 4 5
Horrible, they sold me parking through spot hero, and I get there to a locked gate right before my flight. DO NOT USE THEM IF YOU'RE FLYING OUT THE SAME DAY.
Aimee Elsner
1 2 3 4 5
We had made a reservations three days before and arrived to be told no parking. Terrible service. Wouldn’t recommend
Mudassar Javed
1 2 3 4 5
Good price , very quick shuttle within 5 minutes
Daniel Schneir
1 2 3 4 5
Absolute worst parking lot. Do not bring your car here. Mine was used and doesn't drive the same. Be warned and stay cautious
Pete Sperling
1 2 3 4 5
Reserved parking at one price. On arrival, got charged an additional $30.

I was told there is no shuttle service, despite the shuttle bus sitting out front.

Customer service rep was rude and quickly dismissed me when I said I was canceling my reservation.

To add to the disastrous experience, he then charged me $100 NOT to use his lot.

I will never use this lot.
Jay B.
1 2 3 4 5
This was an atrocious experience at this parking lot. I left my brand new car in the lot for a week. When I returned a week later my car was completely dead. Whoever parked the car left it in Neutral and didn’t turn off the engine. God knows how long it ran for before it was completely killed. Not exactly what you want your brand new car to be put through. It was 10 degrees outside and I was there with my family at 11:30pm still needing to drive over two hours home. There were numerous efforts to jump the battery but since it was so dead it was not working. Finally after two hours of trying things in the 10 degree weather, jumping it with a truck and a battery pack simultaneously worked and the car was able to be started. It remains to be seen if I will have future problems with the car because of this. I never heard from the owner about the experience. No apology, no compensation, not even a refund of what I paid to park my car there. This place should be shut down.
Clem Garcia
1 2 3 4 5
NO SHUTTLE to JFK due to Covid was NOT clearly indicated enough during online reservation, unlike other parking peers such as Jamaica Center. As a result of this unpleasant surprise, I had to use Lyft for R/T transportation from Aardwolf Parking to JFK, $14 each way, essentially negating any savings. The person at the front desk said it was indicated in the TINY Fine Print. I will never use Aardwolf again due to this ridiculous business stunt
Wassup Unicorns
1 2 3 4 5
Very affordable location time wise and money wise.

PROS: Quick checkin- took like 2 minutes, shuttle to airport arrived less than 5 minutes, driver was very nice, pickup- waited exactly 15 mins for shuttle, driver nice, my car was waiting & already running when I got back. Also the lot is fenced in & kind of secluded but easy to get to, from what I saw 1 level, & uncovered. About +/- 10 min from airport.
T.T Manfaa
1 2 3 4 5
Driver is extremely rude and demanded we tip him.

Here is a tip: Smile, greet, help, open doors, and certainly never ever ask for a tip. Happy travelers will tip if happy and satisfied. Funny thing is I was going to tip this older gentleman, but he killed it when he said: "No tip?"

I will not use this parking lot again and I use JFK over a dozen times a year.
Chike Tabugbo
1 2 3 4 5
Aardwolf Parking is a very nice place to park your vehicle when you're traveling out of JFK in NYC. It's only about 7-10 mins away from JFK.

I want to consider the parking place safe because I came back after 1 week of leaving my car there, and it was very safe, no issues at all.

I didn't lose anything or have anything happen to the car, so I would consider Aardwolf a safe place to park your vehicle.

The employees were very nice too. They worked with me on the price, so that was very nice of them.
Chike Tabugbo
1 2 3 4 5
Aardwolf Parking is a very nice place to park your vehicle when you're traveling out of JFK in NYC. It's only about 7-10 mins away from JFK.

I want to considered the parking place safe because I came back after 1 week of leaving my car there, and it was very safe, no issues at all.

I didn't lose anything or have anything happen to the car, so I would consider Aardwolf a safe place to park your vehicle.

The employees were very nice too. They worked with me on the price, so that was very nice of them.
Kimberly Griffith
1 2 3 4 5
Awful. I went here once and they were rude, full of excuses and it took the van 40 minutes to drop off at the airport. When I asked if they could drop me off first he not only said no but proceeded to lecture me. I missed my flight and and said never again. They got me a second time under a different name and they were rude again. This time the car came in 25 minutes and then the number to get picked didn’t work. Additionally they scrapped the front of my car and no one said anything! Do not use this service.
Christian
1 2 3 4 5
They fooled me on the price. Gave on price on the site, but upon arrival, when time was short, they claimed 20% since we had a regular minivan. On the site you can only chose "car" or "suv", I chose car. Same happened to another person while I delivered my car. Transportation to airport was good, but does not hide the fact that I feel they deliberately give wrong info on the site.
sylvia stanley
1 2 3 4 5
Wonderful experience. Shuttle was fast both to and from the airport. My car was just as I left it and everything was very efficient. Would use this service again.
Neisan Sabet
1 2 3 4 5
Fast checking in and out. Fast shuttle drop off and pick up, very happy with the service and it's minutes from airport