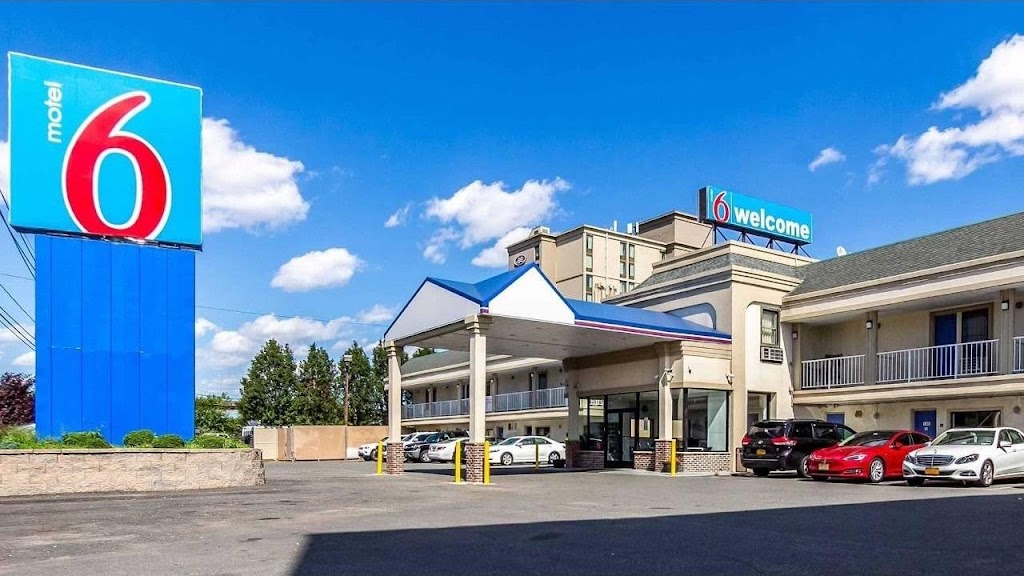 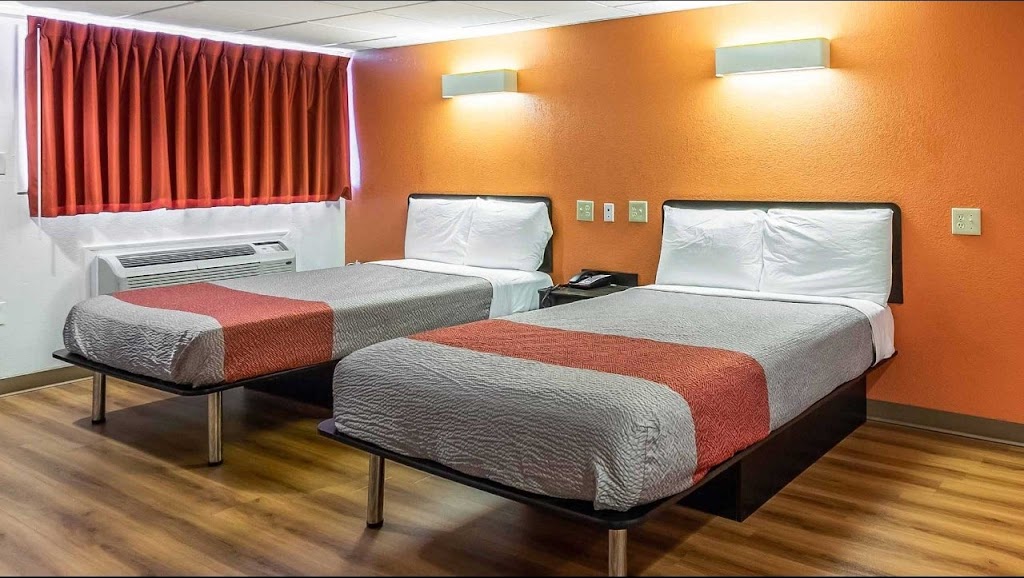 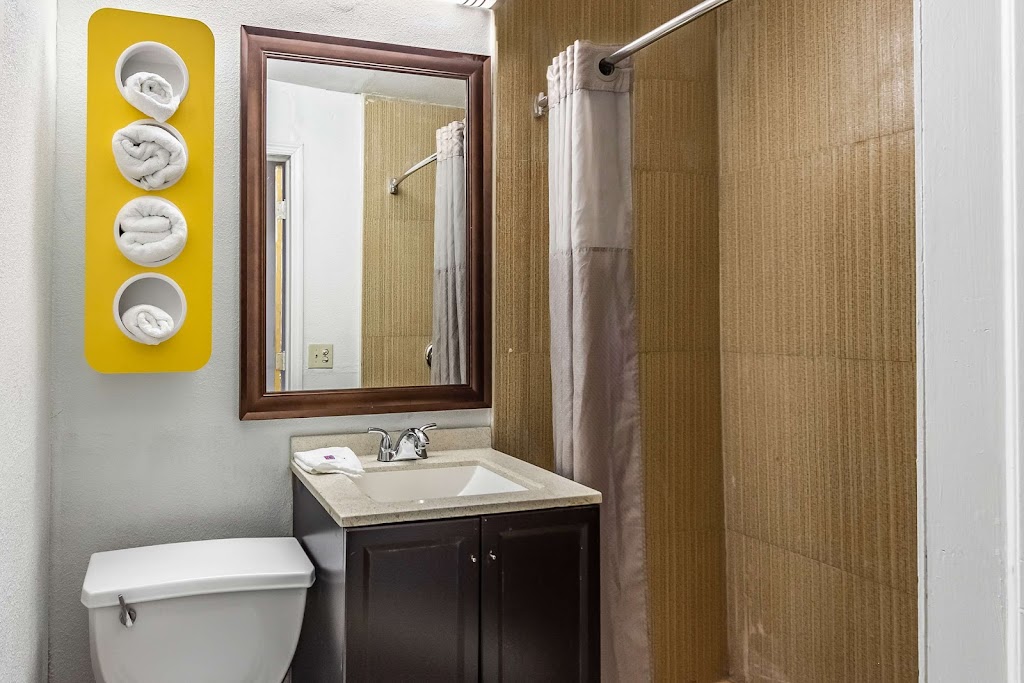 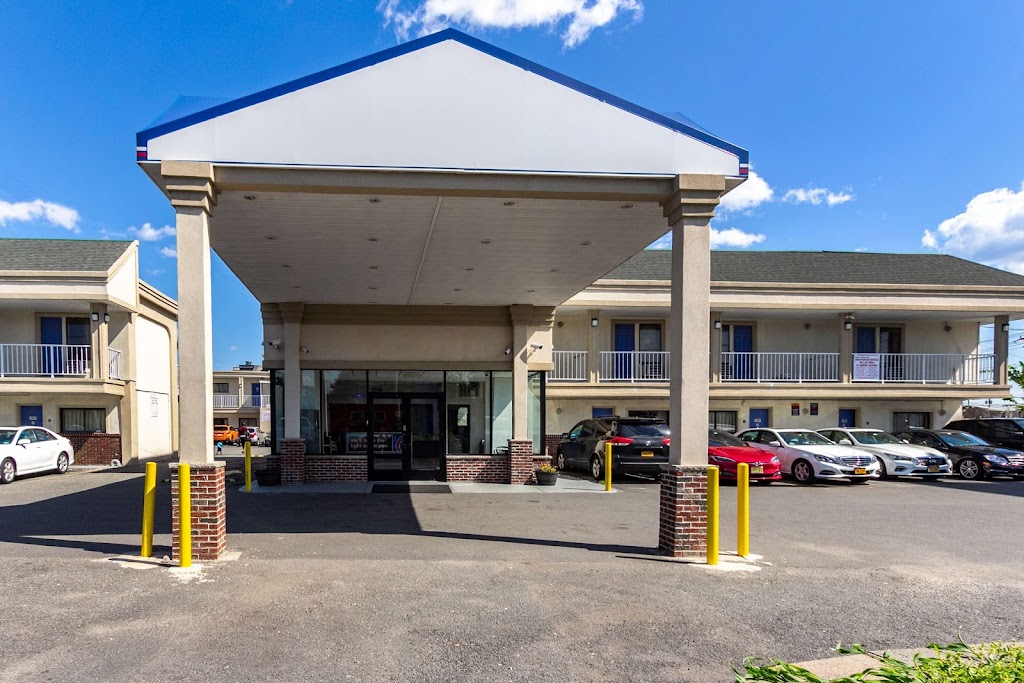 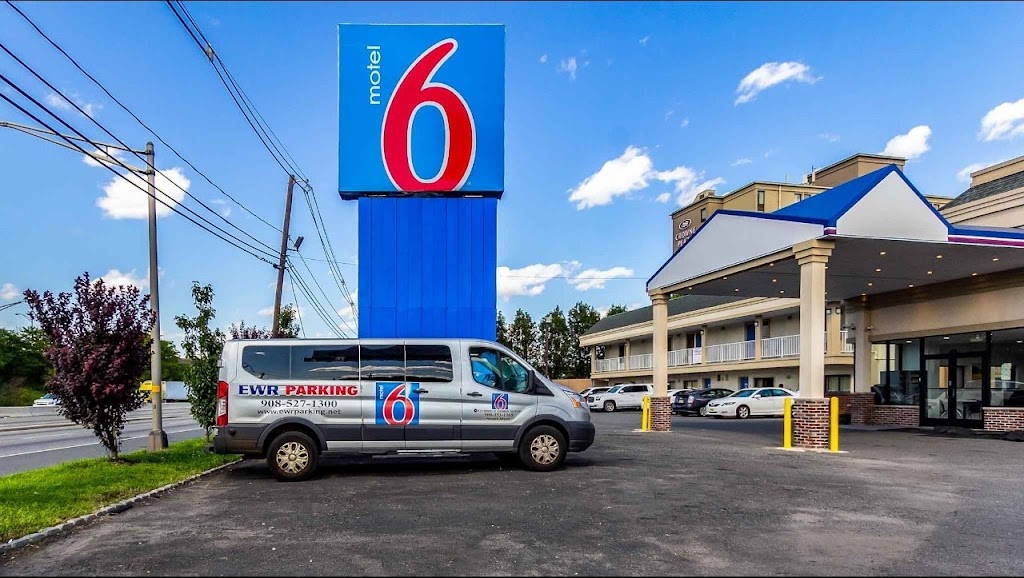 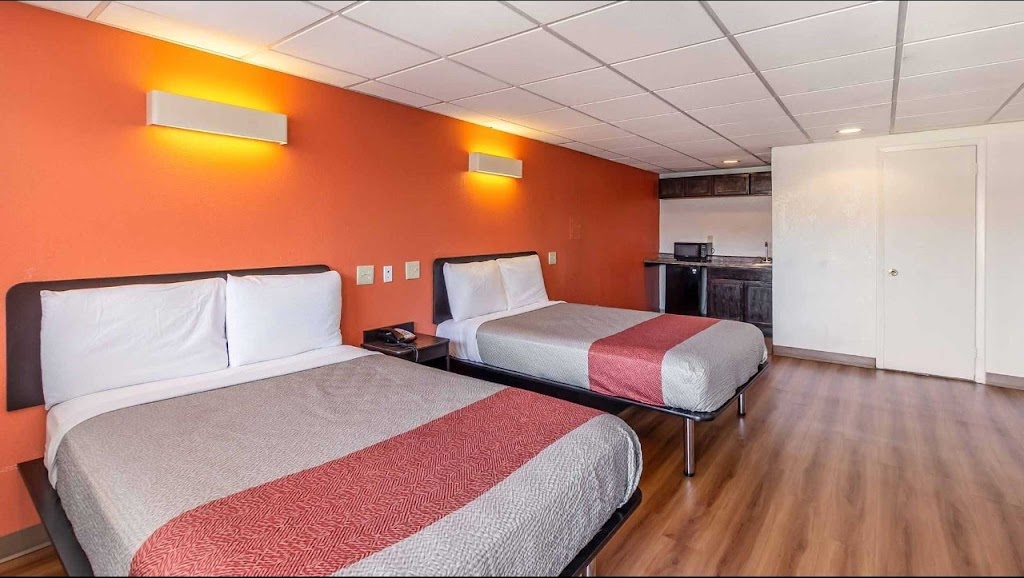 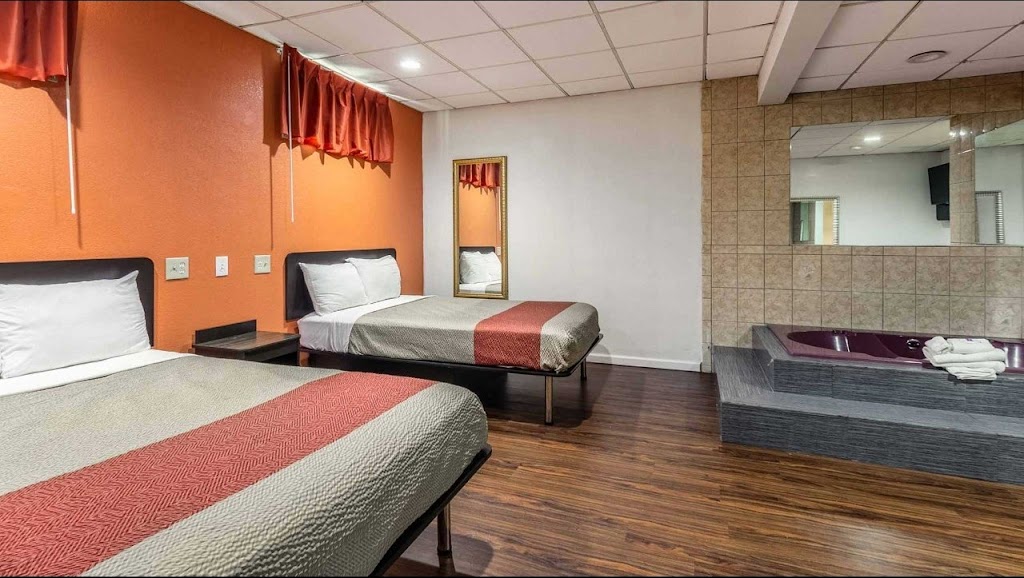 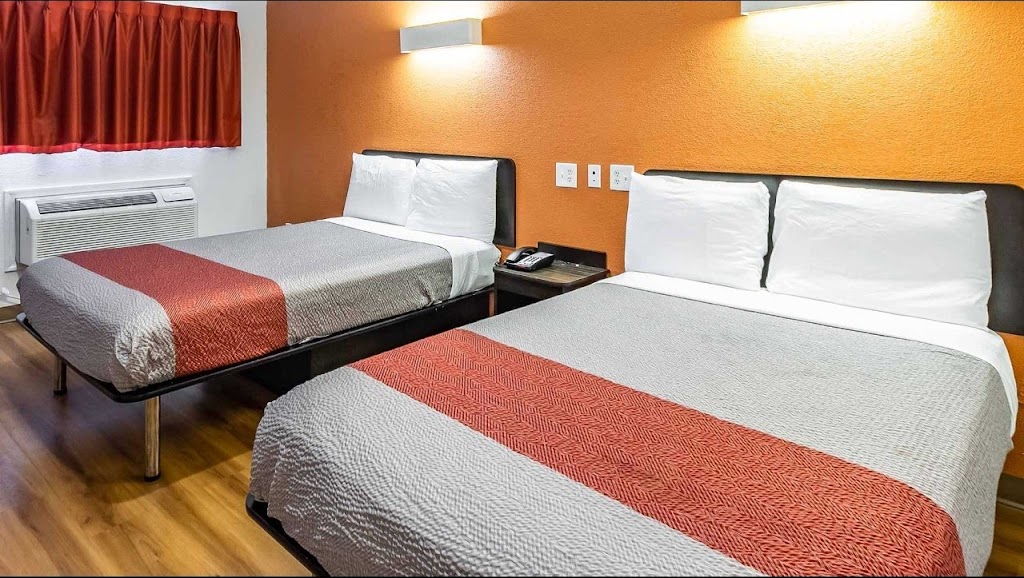 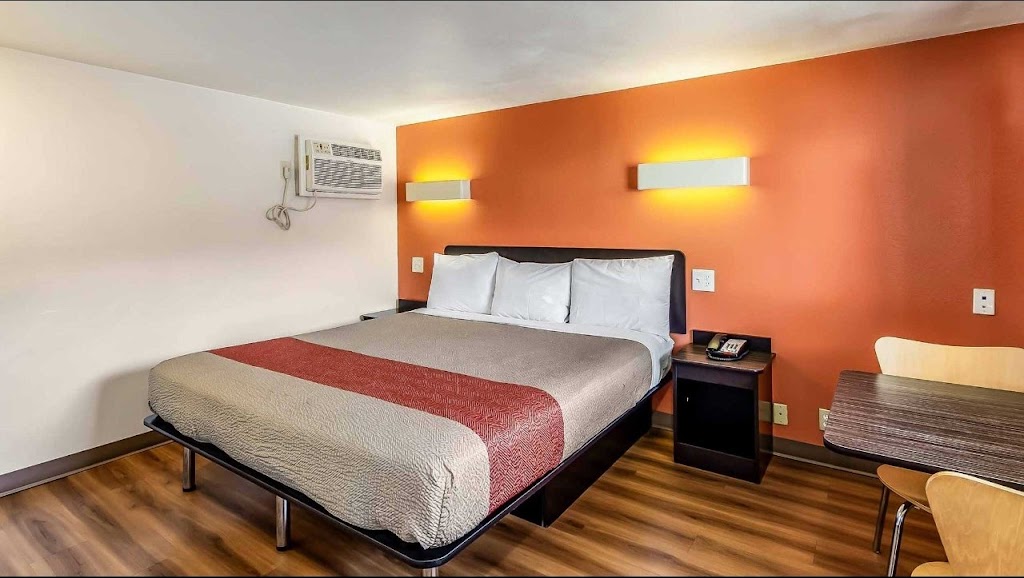 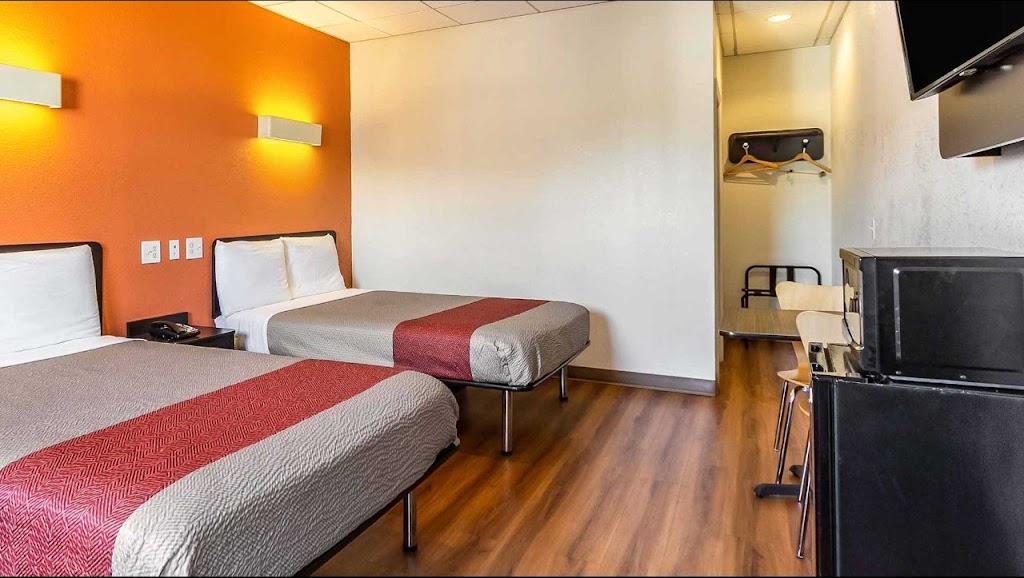 View All
2.4
Poor
1 2 3 4 5
(Based on 1413 reviews)
Christopher Hatchell
1 2 3 4 5
OK for the value. So glad my flight left @1am because the music in this location was blasting from about 2p until I left for my flight. The next door EWR parking for Newark was VERY affordable and they had a shuttle to take you to the airport. So if you are flying out of Newark and need to park somewhere for cheap, this is definitely a good option.
Josh Cvitanovich
1 2 3 4 5
Worst hotel ever!!!!

This is such a rough area, do not feel safe at all! Reception staff almost get angry from interrupting there conversation, so you can check in.

Cheap fixes have been made instead of repairs, fridge was to cold and ended semi freezing items in it, even though I was in a non smoking room duvet had cigarette burns in it and stunk of smoke, bath light switch looked like it had been on fire at one point and just out and out gross.

You should communicate more with the customer.

The shuttle service at Newark was very late and the people at your hotel not very pleasant. Had to phone many times before the shuttle came to airport more than 1 hour later. Should improve the customer relationship.
Jada boone
1 2 3 4 5
Room was clean! No bed bugs! No bugs! Wash cloths & towels were clean, Front desk was nice & helpful. Plenty of 0$ delivery fee, cheap food places to order from on under uber eats, Free parking I believe, Ac worked, room had no smell, TV channels are definitely a bonus! It was quiet, no disturbance. GOOD PRICE ON THE RIGHT BOOKING WEBSITE. Will be visiting again💁🏽‍♀️
Alessandra Ghini
1 2 3 4 5
My room was ok, the AC worked, it was clean, but the floor was a little sticky but overall it was fine. I was stranded in Newark due to flight cancellation so I was happy to have a room, but found the inflated rates a little annoying. A few things that would have made it better:

1. The door was not easy to lock and I had to fight with it to make it close. I wish there had been an additional security lock option on the door when I was ready for bed. I ended up pushing the desk in front of it to feel more secure.

3. When I checked in I was not given any information about food. I had been on a plane for over 11 hrs (3 of them sitting on the tarmac) and I was hungry. I found information in the room, but the service was going to take about an hour. I used Google to find food nearby but it would have been very nice if at check-in I was provided with some options for a weary and hungry traveler.
mike nichols
1 2 3 4 5
I knew Motel 6 was a budget hotel but didn't expect it was this bad. Building very old, decrepit, a bad smell everywhere which I have wasn't sure if it was inside or outside the building or both, had to go outside to access each block of rooms which was fun in the rain... . Hotel not clean where you're afraid to put your stuff down anywhere. Carpet torn, room, bed, sheets etc. smelled. Window unit AC Which I haven't seen used for 30 years and read very loud but did cool the room. TV didn't work etc. Staff were nice especially considering they didn't have much to work with and the airport shuttle got me there and back in reasonable time as well.