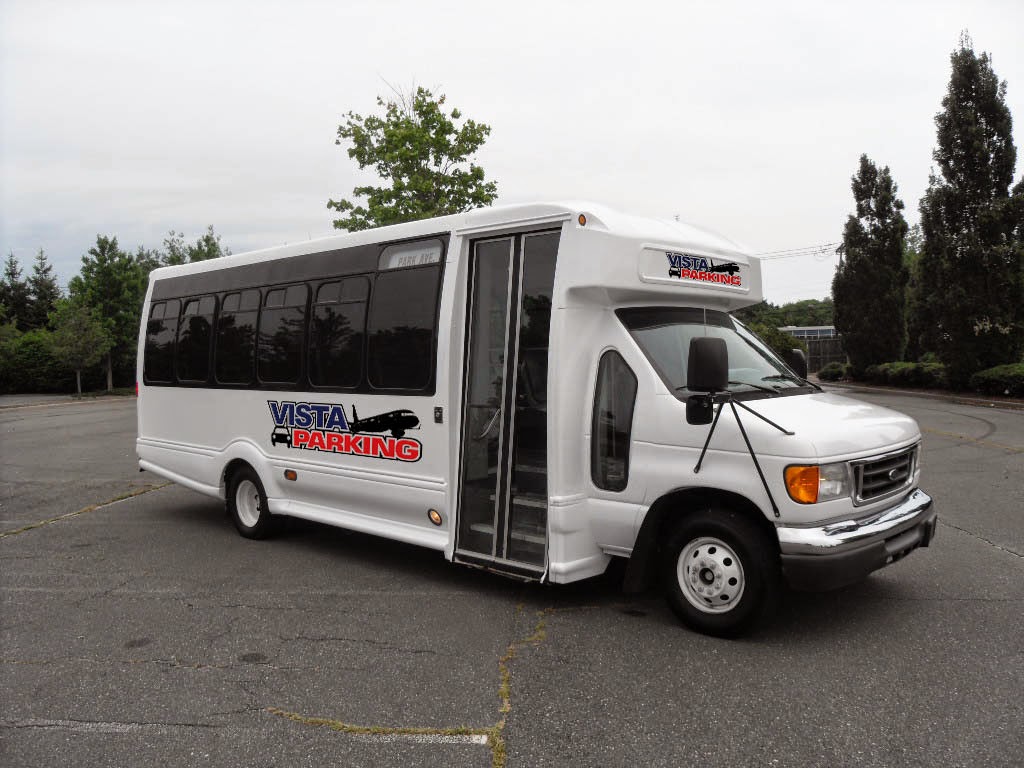 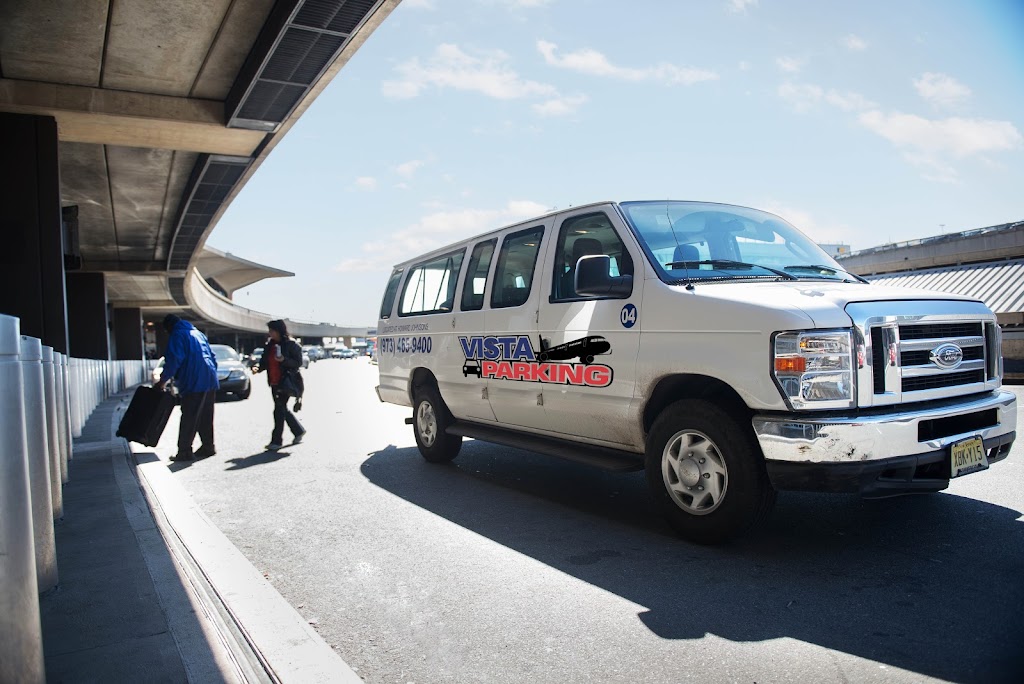 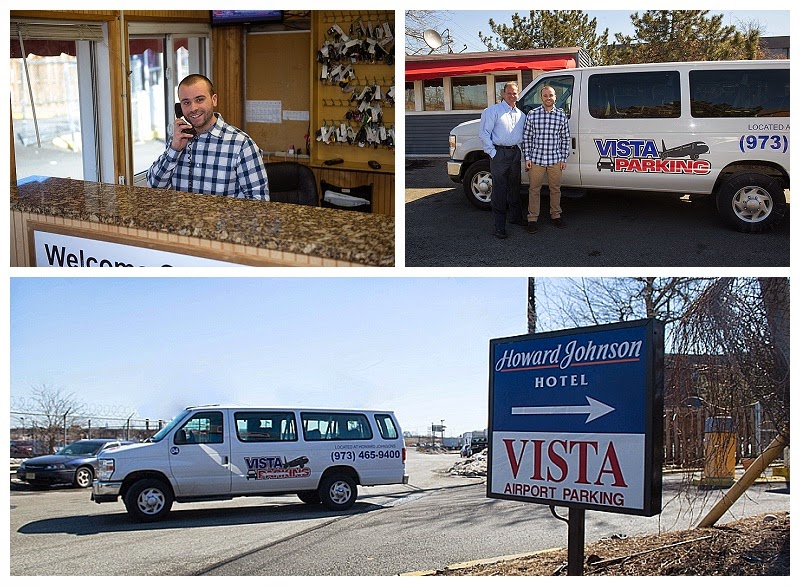 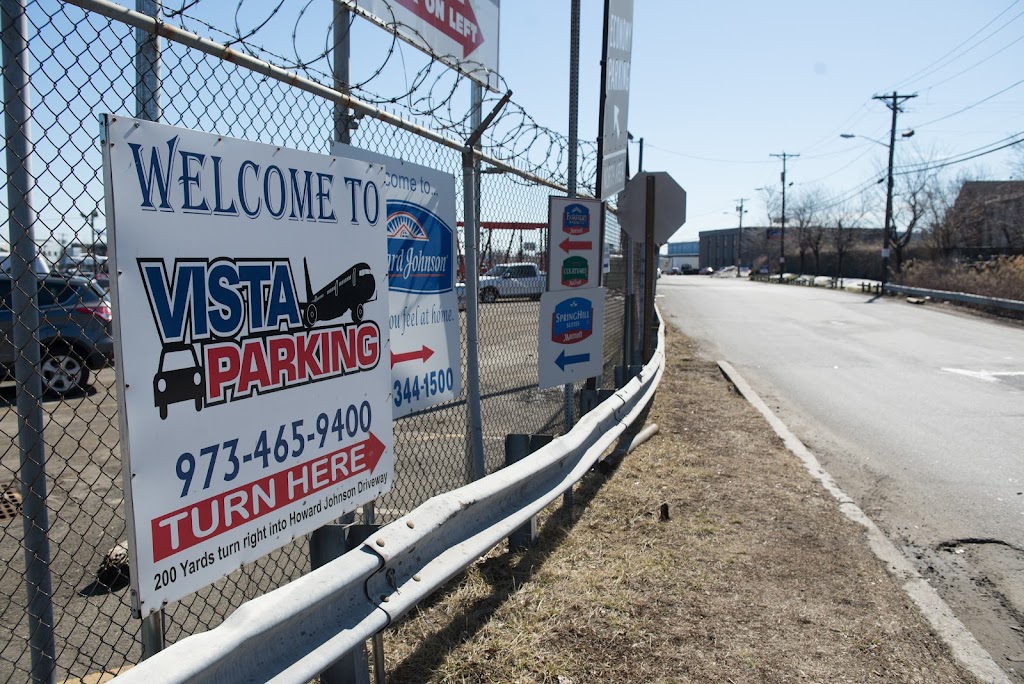 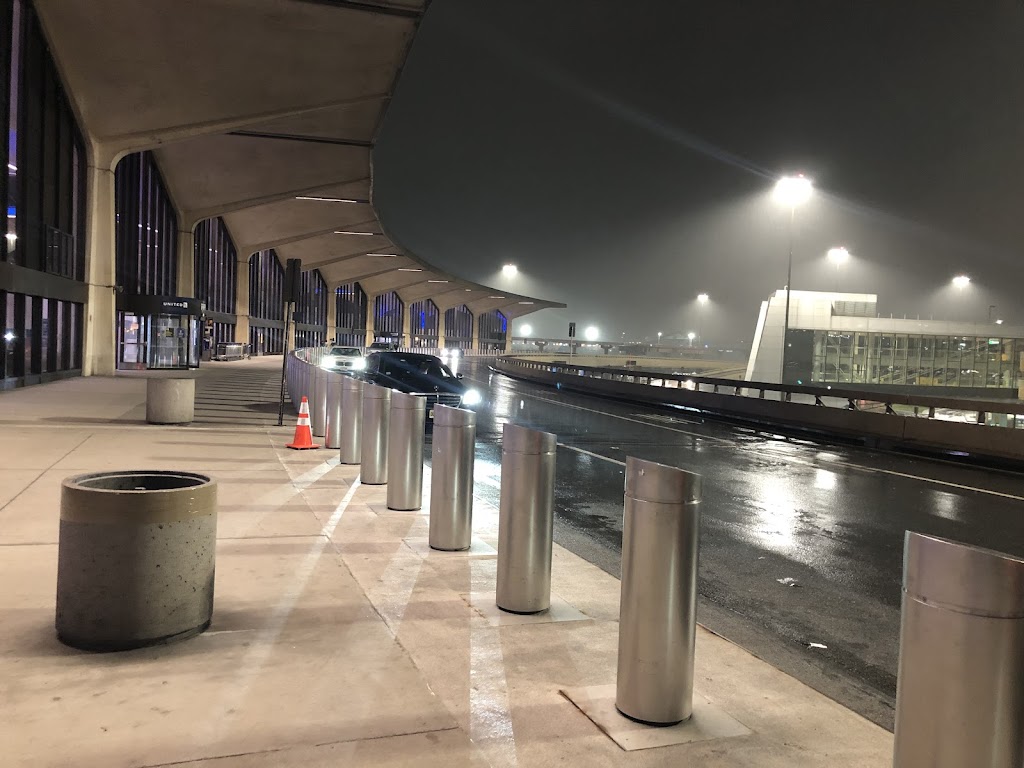 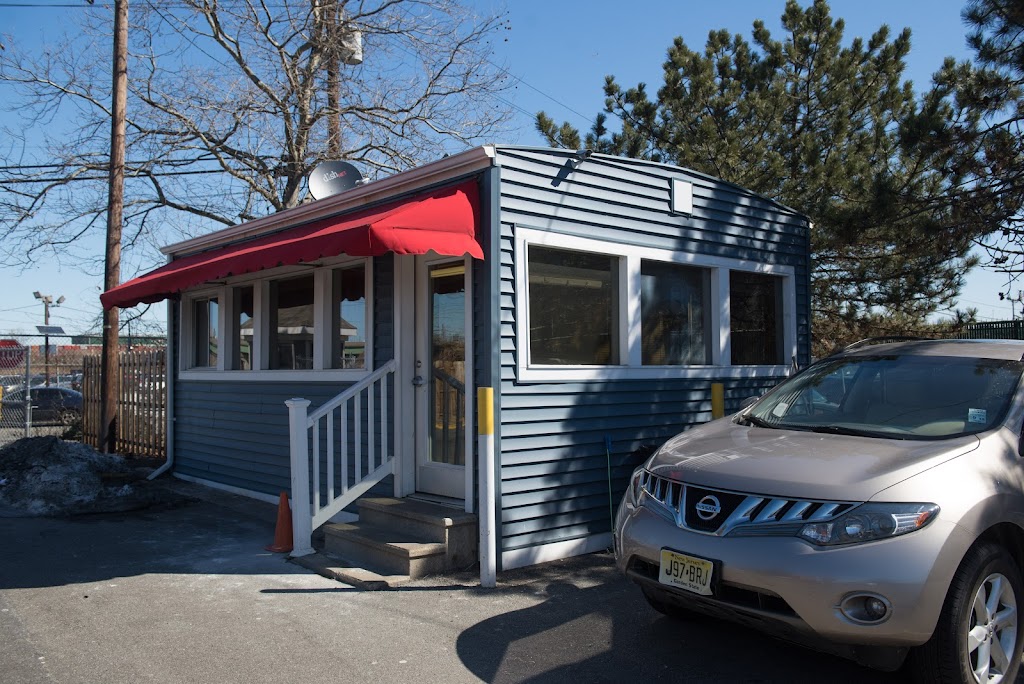 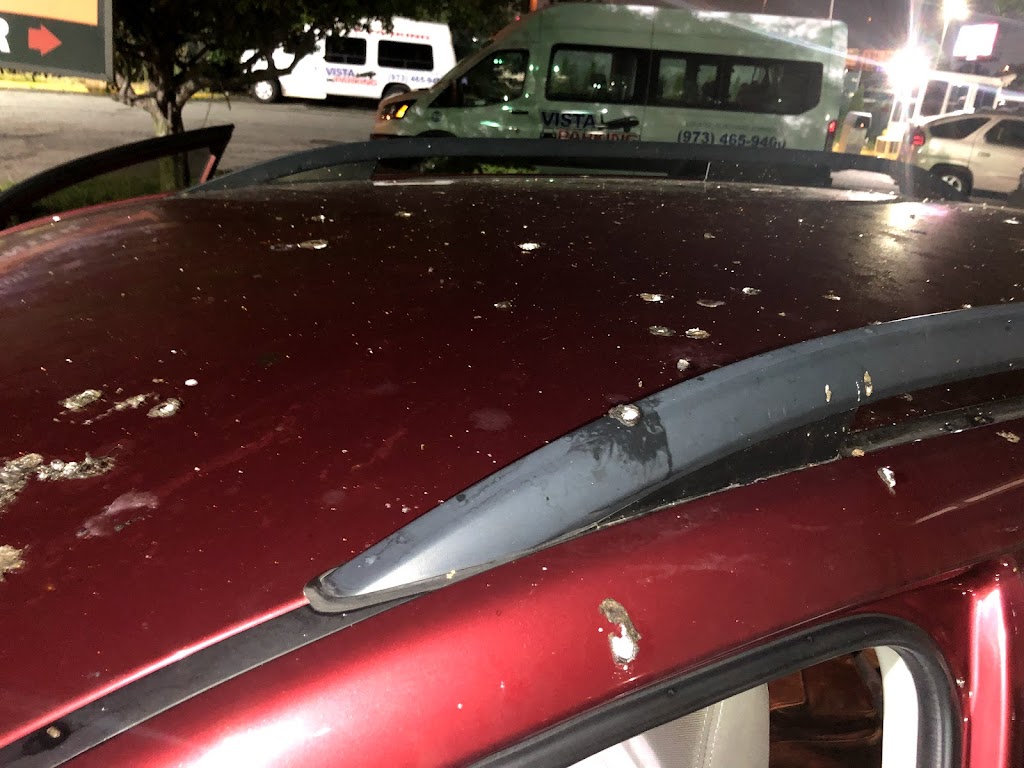 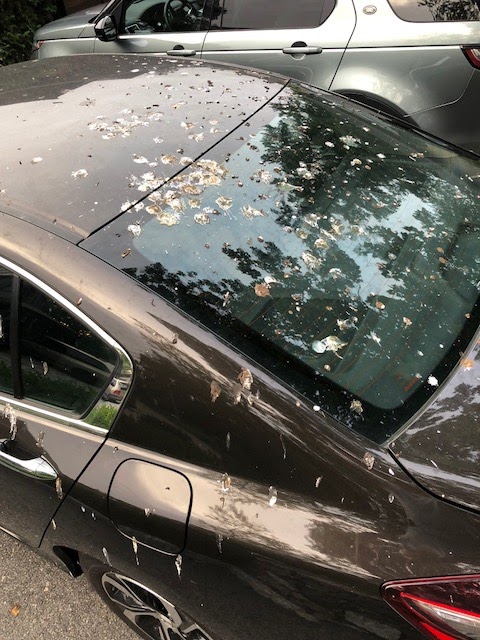 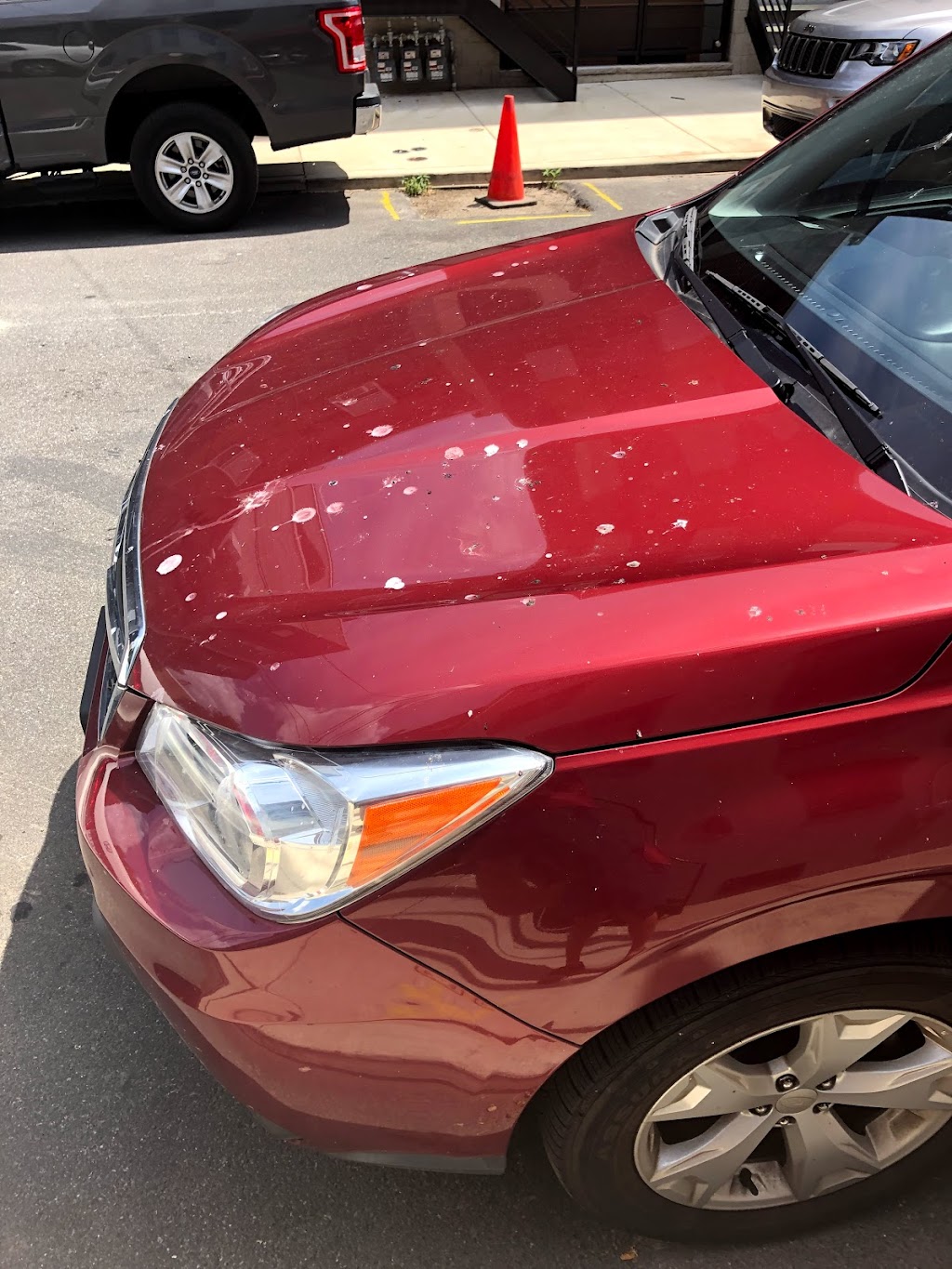 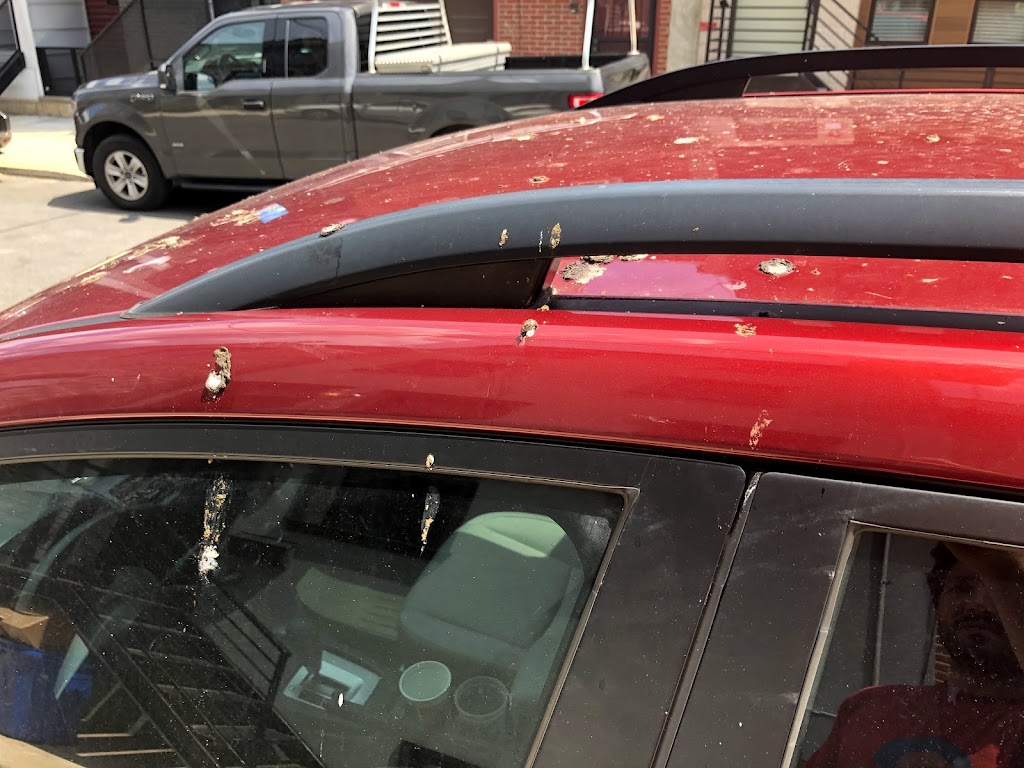 Looking for a place to park at Newark Liberty International Airport? Vista Parking Newark is located at, 20 Frontage Rd Newark, NJ 07114, is a reliable and convenient parking facility that offers reserved parking at EWR Airport.

Vista Airport Parking Newark is a safe parking location given that it is well lit, gated and monitored 24/7.

Vista Parking Newark offers a promo code that can lower the price to $16.00 per day.

Terminal C is covered parking is available for $50.00 per day.

Do you have any early morning flight and looking for an airport hotel with free parking? Check out these Newark Liberty Airport Park Sleep Fly Hotel packages.

Don't overpay for EWR Parking. Use parkingaccess.com and unlock our exclusive discounts by reserving your space today. We offer both short stay or long term parking options at one of our favorite parking lots. Vista Parking offers safe and secure parking with online reservations.

View All
3
Average
1 2 3 4 5
(Based on 424 reviews)
Cathy Dixon
1 2 3 4 5
We felt very comfortable leaving our car. Plenty of security and the shuttle service was amazing. Pick us right up after parked. After returning from vacation. They found out car super fast and was excellent service. Thank you
Ali Darvish
1 2 3 4 5
We missed our first class flight and had to make a layover making a breezy 4 hour flight an 8+ hour hassle running from plane to plane. Why? Because with two vans and two drivers this company decided to use only one van. We arrived at the parking lot early, and waited approximately 45 minutes for the next ride to the airport. We missed our flight by 15 minutes! Never again will we use this parking garage. I cannot express my anger in this post.
Alyssa Kausch
1 2 3 4 5
STAY AWAY! THEY ARE THE WORST! I’m surprised they are even in business. I could give this place negative 5stars I would. I’ve been using them to park for years many times and I’ve never had a problem until this year. first Time this year they didn’t answer for a pickup and I had to take an Uber from the airport back to them AND then I had to wait over 2 hours for the only person working to find my car. I decided to give them another chance and this past weekend was ATROCIOUS to say the least. It took them over an hour to pick us up at the terminal (which is a 10min drive) and then the dude working when we got there was so beyond rude to everyone. There were a few others picking up their cars as well and he took my ticket and never sent a runner to get my car, even after asking and him blatantly lying to me about it. Then I finally got them to go find my car, meanwhile there was another customer there that they had lost his keys and they guy working didn’t seem to care at all. STAY AWAY AND PAY FOR BETTER PARKING
TK Longview
1 2 3 4 5
DON’T FALL FOR THE LOW RATE!! Not worth it! We booked early online and arrived to a full lot with a handwritten sign to go to P3 or P4 notwithstanding we’d made a reservation. When we asked the attendant outside, he motioned to turn around and that we had to find other parking. After going in the office and showing our prepaid reservation, we were allowed to find a spot, which was tight. A tiny, congested and dangerous lot. We boarded the van, which was filthy, not just dirty and messy, filthy. The seats were all stained and gray and the van smelled. On the way back, in an equally filthy van, the driver was unhelpful and made little effort to help with bags. He also almost turned into an ambulance at a light. At the lot, our car was parked in and we had to dig out our reservation in order to get the online booking discount. I feel sorry for the employees. I am sure the attitude rolls downhill from the ownership. (The woman in the office was actually okay.) We will never return. It’s worth it to book a car or go with trusted Newark Long Term Parking. PS. We think our car was moved after we self parked it.
Chris Martin
1 2 3 4 5
Made a reservation with Vista parking only to show up and discover their lot was full. When I asked an employee how the lot could be full if I reserved (and paid in part) ahead of time he pretty much told me tough luck. Fortunately I was able to find a spot at the airport, but had to pay a much higher price than I otherwise would have if I chose another parking company that would’ve honored my reservation. I also almost missed my flight.

After I shared my complaints, they never addressed them, but began sending me promotional emails encouraging me to park there for my next visit at EWR. I won’t ever use their services again and recommend others look elsewhere.
Sabrina Campfield
1 2 3 4 5
I made a parking reservation in advance. Upon arrival, I was told the lot was full and helping me wasn’t their problem. Thankfully I found a spot in airport parking (though I spent quite a bit more) and was able to catch my flight. I will never return to Vista.
Miss Disla
1 2 3 4 5
Awesome experience with vista! From start to finish! Our flight landed at midnight, called and was picked up in less than 6min! Although under staffed, the person in the office was a great multitasker and got everyone their vehicles in a timely manner! Kdep up the great work!!!
Cynthia Klukosky
1 2 3 4 5
The worst experience ever. Got there 6am already a line of at least 25 people waiting to catch one of the 2 vans they had. Came back from vacation called 4 times got message voice mail wasn't setup finally got thru it was 830pm waited almost an hour when the van finally arrived the driver put15 people in a 11 seat van people had to sit on laps not very safe or comfortable then we get back to the lot my car isn't waiting they can't find my keys for another 15 minutes. It was terrible
Amy Boughter
1 2 3 4 5
Phone numbers on claim ticket, did not ring thru to business. One automatically went to a voice-mail that was not set up, the other rang three times and disconnected. Finally contacted by pulling up phone numbers on-line. Guy gave us wrong place for pick up. Called back 40 minutes later and was given correct pick up location. Staff was pleasant other than first person I spoke with , but overall experience was chaos.
Illy Gogo
1 2 3 4 5
Supposed to be valet..nope.. park yourself in crowded lot tell them where you are at.. only one driver for shuttle.. so everyone waiting. Then I ask guy a question,if he needed my online proof per instructions.. he answers in a huff with attitude..but he didn't yell so to him he sees no issues. I raised my voice a little because he was rushing to talk over me before my question is out and to tell him about the attitude... Then I'm wrong like it's my fault I'm following instructions. .
Jaelyn Valentin
1 2 3 4 5
DO. NOT. COME. HERE.

When we picked up our car two weeks ago at Newark Airport there was a HUGE dent in the front corner of the car. At the lot they did nothing except give me a number to call. The first time I called the woman I was told to speak was very pleasant, took all the information down and then I never heard from her ever again. Now when I call, they do not answer my calls or messages or emails.

I received a quote for $1000 dollars to fix the damage.
Louie Ven
1 2 3 4 5
I would highly recommend it not utilizing this parking lot. Arrived from a flight and called the number that was provided on the valet receipt numerous times with no luck. Had to pay for a Uber from the terminal to this site and the guy behind the desk said that their phones were down. The worst part is that the shuttle that is supposed to be becoming up clients was just there in the lot hanging out, how about knowing that the phones are down to have the shuttle constantly rotating looking for clients at the terminal instead of it just having it parked at the lot doing nothing.

Bad customer service and the security guards have horrible attitudes for no reason
Hindy Lebovics
1 2 3 4 5
Horrible place! Completely dishonest! We booked it through way.com because it was the closest to the airport and said that you park by yourself. Upon arriving, the rude attendant told us to give them the keys and when I started to say that it said online its self parking he told me to disregard whatever it says online! They are completely dishonest and nasty and were at least 2 miles from the airport even though they advertised that they are .1 miles away! Where is the law here! Companies cant lie to their customers! They told us the shuttle will be here in a few minutes and when it finally came after 15 and then slowly unloaded they told us that we have to wait until someone else comes to leave! We missed our flight obviously! They were the nastiest people I ever met! Not shocked at the bad reviews and damage I see reported here on google! STAY FAR AWAY FROM THESE BAD PPL!!
Kenneth Bruhns
1 2 3 4 5
Last week I received my car back from Vista Parking after being away on business for 3 days and there was a new large impact dent from a truck or plow on car. Although local staff were kind, management has yet to reach out to me or to answer my phone calls
Paul Kang
1 2 3 4 5
Waited outside of terminal c door 3 for an hour.

Every time i called, they say car is on the way but it was all bs.

Pick up van was fully loaded with people which is not safe in these days
Thanks Again
1 2 3 4 5
Great service. Sell thought out.
Kyle Watkins
1 2 3 4 5
No complaints. Would have preferred not to leave my keys so they could jockey my car around while I was on vacation. Best pricing using 'WAY' app
Seth Campbell
1 2 3 4 5
Upon arrival back to Newark, the phone number's provided were not in service in order to call and request the shuttle to pick us up.
Victor Estrella
1 2 3 4 5
This is a scam....you make the reservation, they charge you almost double of what they advertise. They don't even send you an email to confirm the reservation but they charge you right away from CA..... the published phone numbers don't work....you will never get an answer when you call..