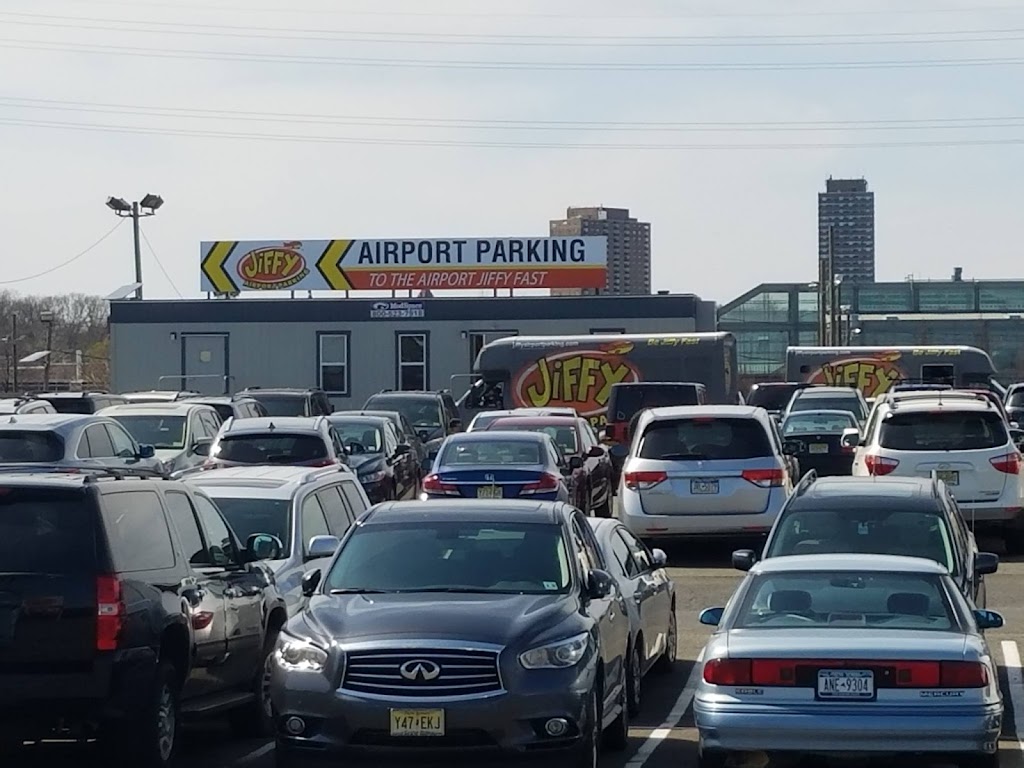 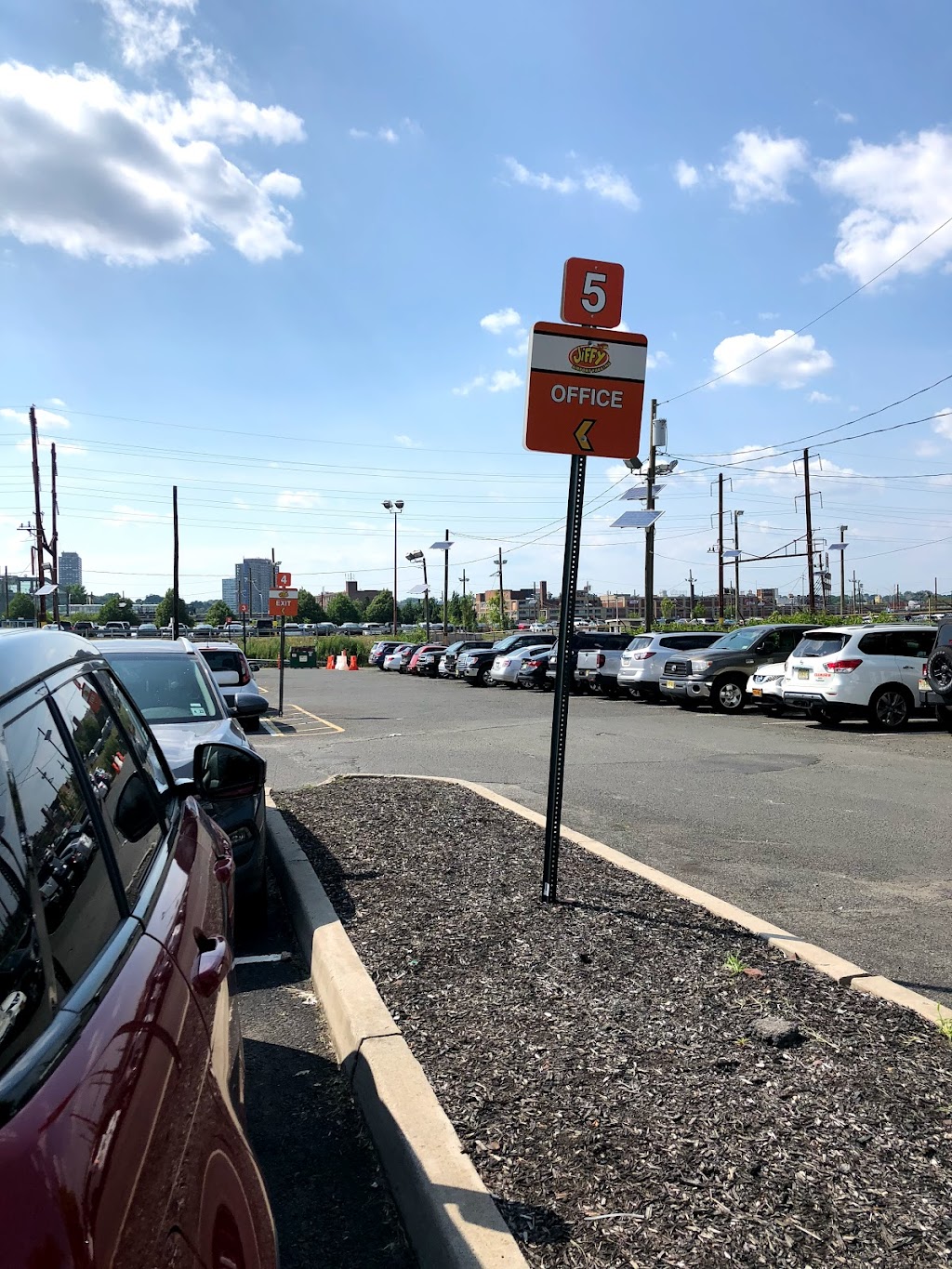 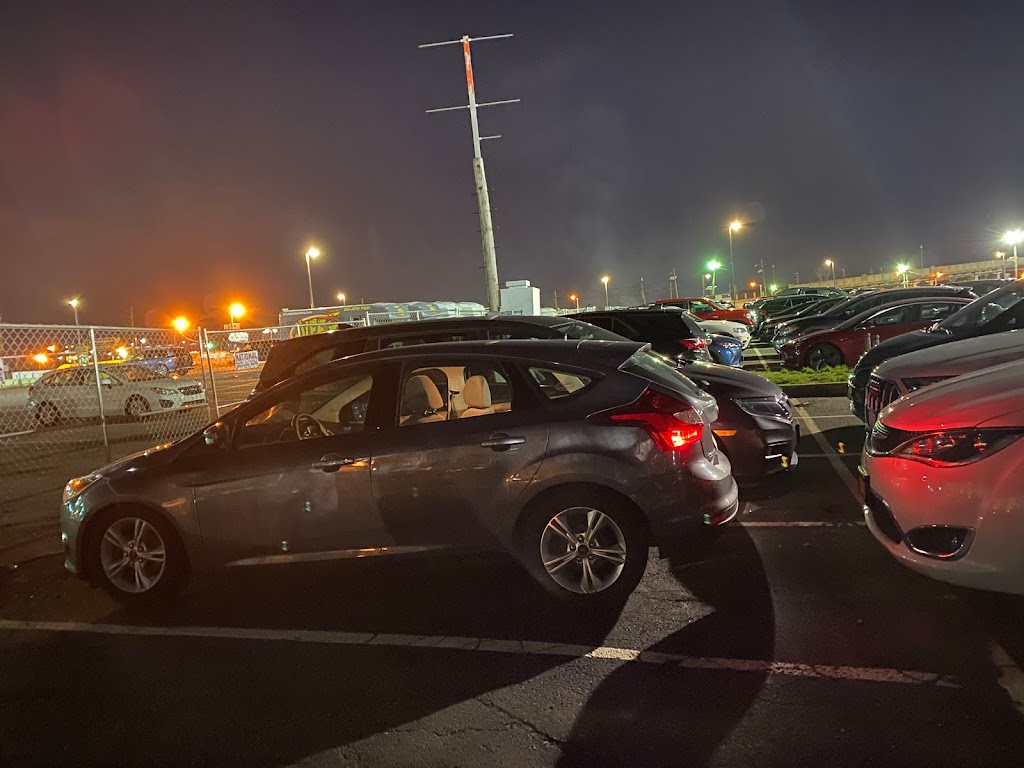 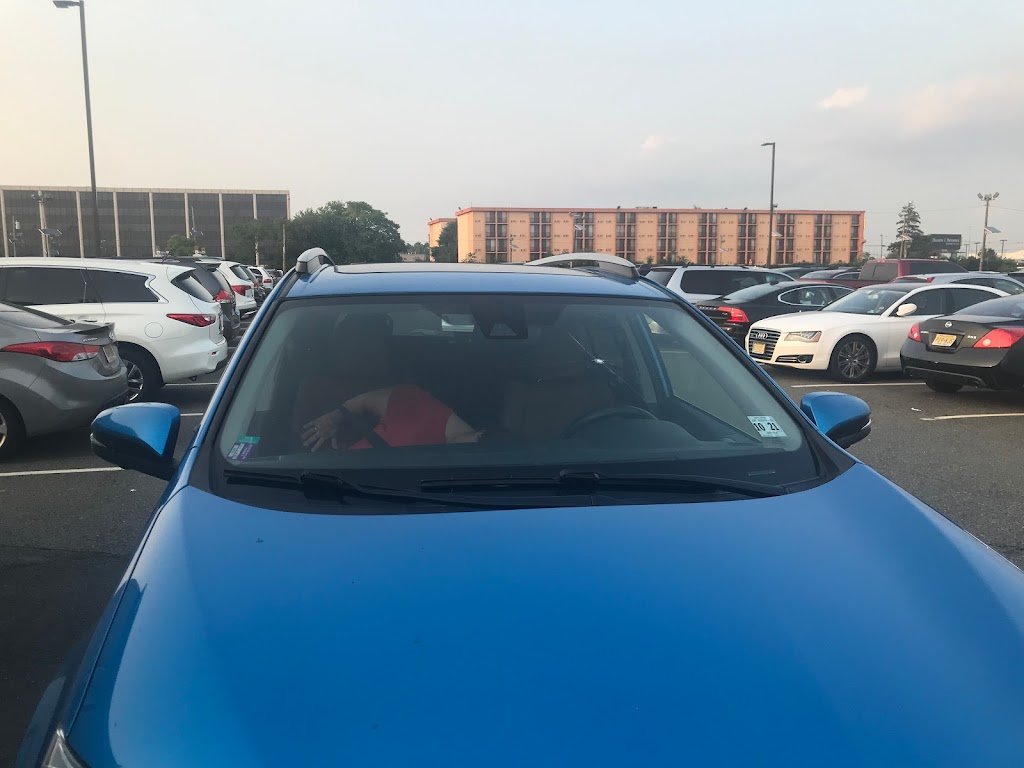 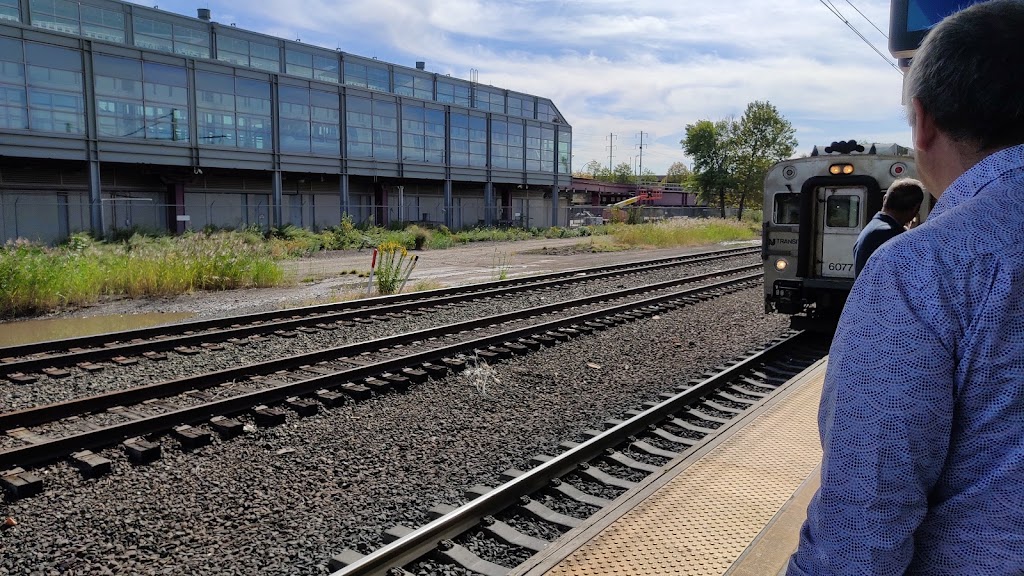 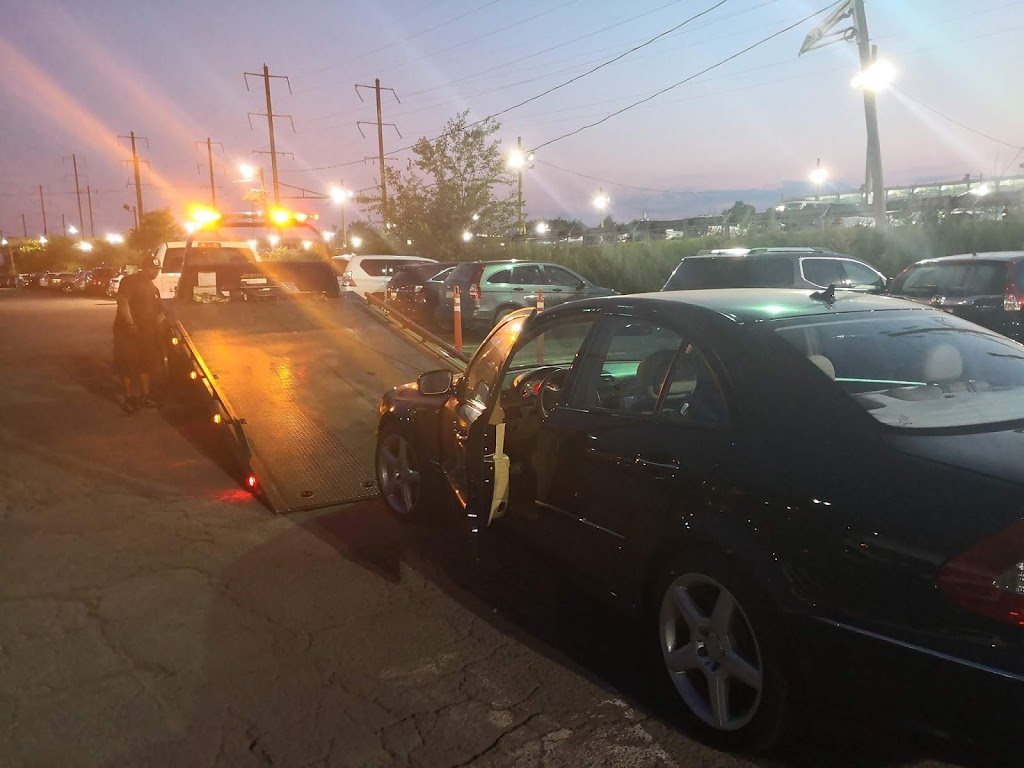 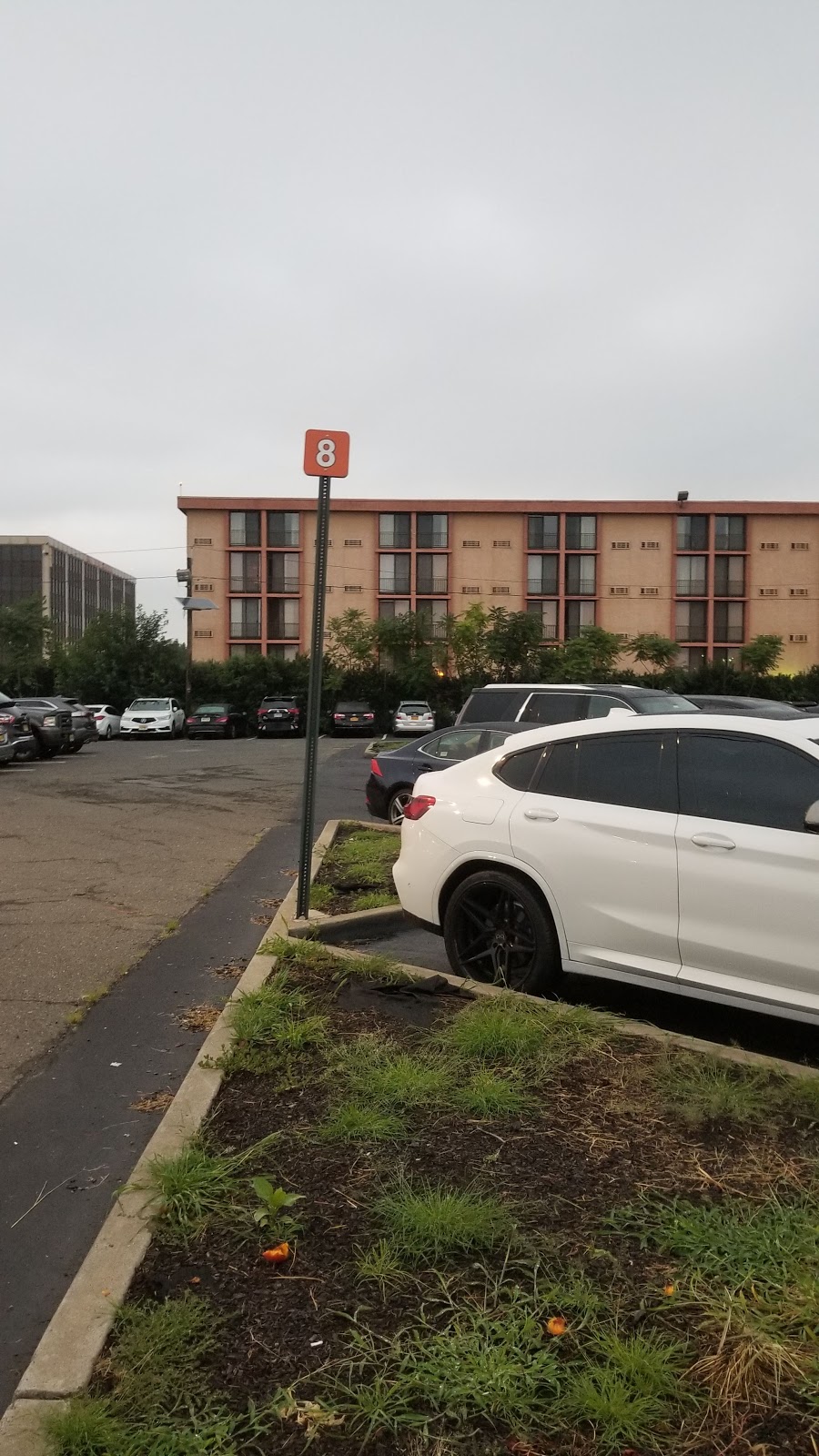 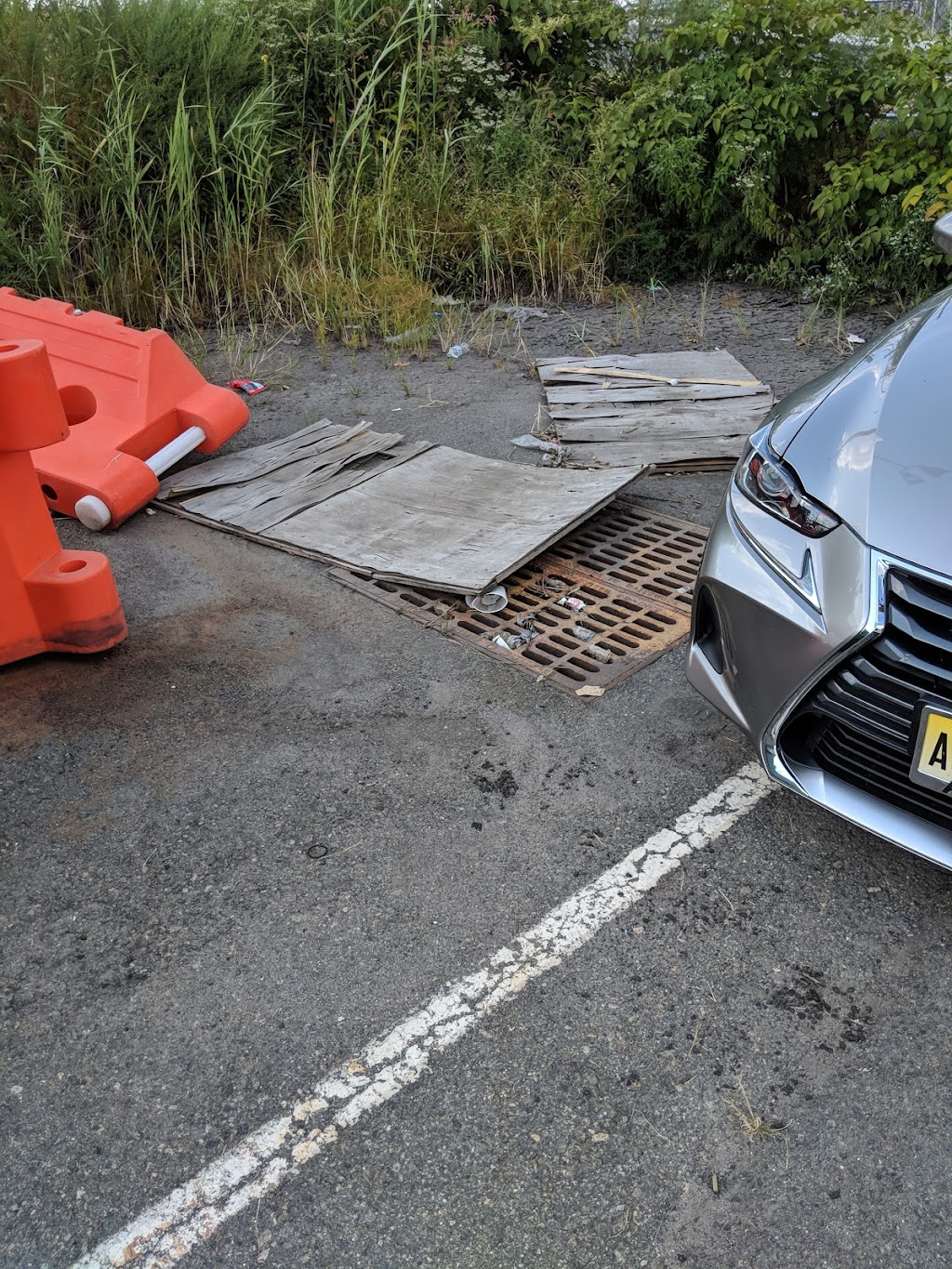 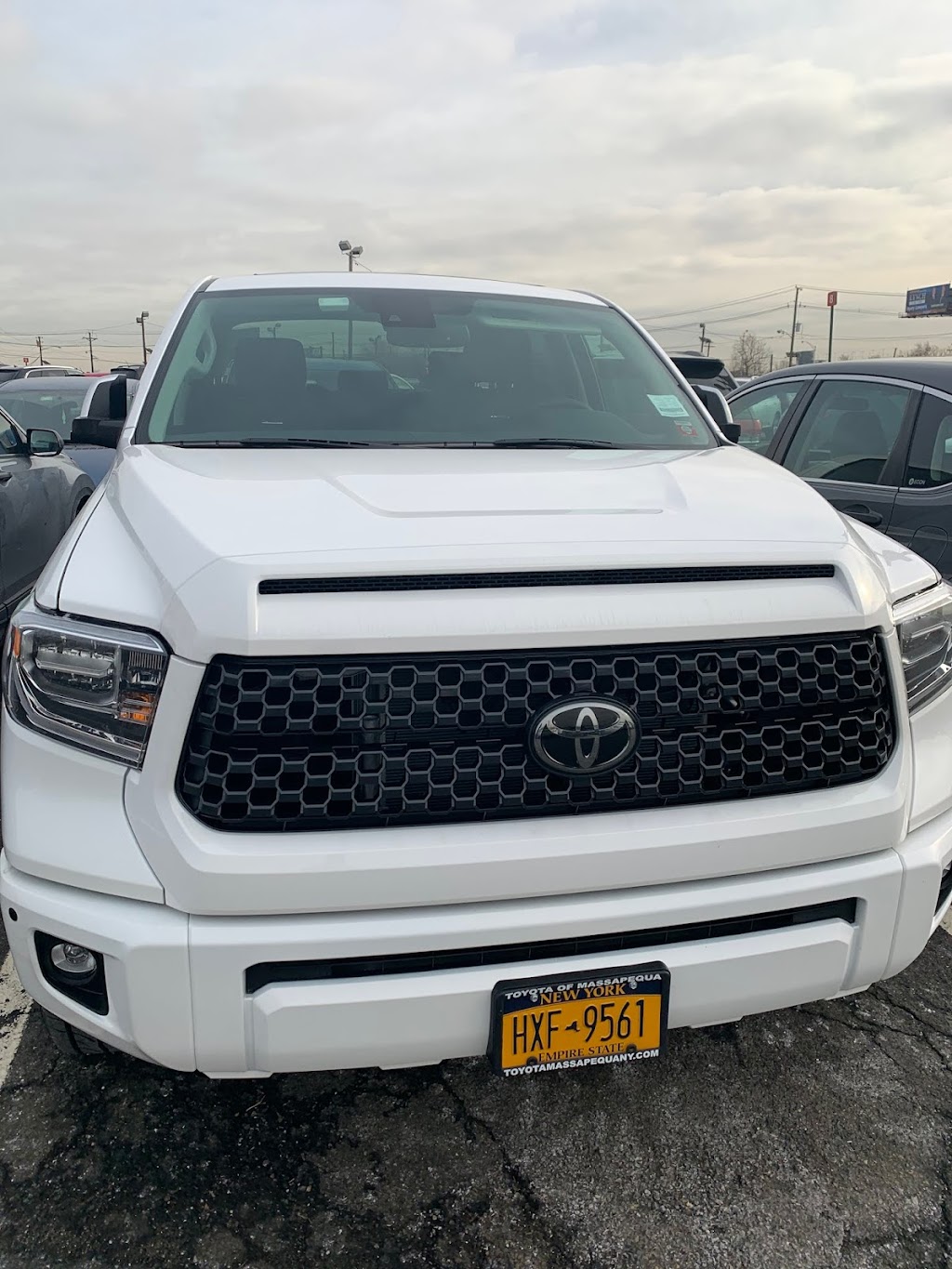 Looking for a place to park at Newark Liberty International Airport? Jiffy Airport Parking Newark is located at, 146 Haynes Ave, Newark, NJ, US, is a reliable and convenient parking facility that offers reserved parking at EWR Airport.

Jiffy Airport Parking Newark is a safe parking location given that it is well lit, gated and monitored 24/7.

Jiffy Airport Parking Newark offers 1 day free for every 7 days you stay parked and you can receive a Free Jiffy Reward Membership.

Terminal C is covered parking is available for $50.00 per day.

Do you have any early morning flight and looking for an airport hotel with free parking? Check out these Newark Liberty Airport Park Sleep Fly Hotel packages.

Don't overpay for parking at Newark Liberty. Use parkingaccess.com and unlock our exclusive discounts by reserving your space today. We offer both short stay or long term parking options at one of our favorite parking lots. Jiffy Airport Parking offers safe and secure parking with online reservations.

View All
3.6
Good
1 2 3 4 5
(Based on 543 reviews)
Christopher Ellis
1 2 3 4 5
Absolutely awful experience. Getting in and parking was fine. Upon returning I had to call 3 times to get them to pick me up, waiting over 45 minutes. When we got back to the lot, we saw that they allowed cars to be double parked, blocking in cars that were in the traditional spots. I had to have my wife direct me out of the spot because I had inches between cars that were parked behind and around me. That is not something you want to deal with after a long flight.

In the time we waited for Jiffy Park, we saw over 30 shuttles for other local lots. Pay a few dollars more and go with one of them.
Louis Dilonardo III
1 2 3 4 5
Update:

The manager called me and apologized for the actions of the employees and for the delay. He was very helpful and said he would get to the bottom of it.

Review changed from 1 star to 3 stars because of this.

I flew into Newark around 10am. Once I grabbed my luggage at 1017am, I sent a text to the "pick up" number. A response was sent a minute later and said they were on their way. 1045am the shuttle still has not arrived. I called the office number and advised them that I had been waiting and what location we were at.

1110am called the office again. They responded with "yea we know, we'll send the driver"

At this point it has been almost a full hour. We took an Uber to the jiffy lot.

Once we got to the lot, we saw 2 drivers and 2 shuttles in the parking lot.

I asked them why they never showed up. They responded, "the office never called us and told us"

I go into the office and asked them why they never sent the drivers. He responded with, "what do you want me to do? you can leave a bad review"
Passerott Inc
1 2 3 4 5
All the hiden fees and surcharges, better off taking a cab. Wish they were more transparent about their prices upfront without a twist. One thing for sure, never coming back

Ps parking spot like this and used car dealerships have in common, deceive people
GEO
1 2 3 4 5
DO NOT PARK THERE DO NOT!!!!! The block your car and no one answers the phone to move it! Arrived 1am and my wife had to sit in a dark parking lot until the rude shuttle guy came and moved it. Nothing but bad attitude!!! Rude

Dark parking lot and not even numbered, my wife was terrified Never again Beware!!!
Dave Herman
1 2 3 4 5
Never again. They don't answer the phone. Every other companies' bus came at least 3 times before jiffy came packed full of people, we could barely fit on. Even though we had a reservation there were no spots and had to valet. That took 20 additional minutes. They don't value your business, just look at all the reviews they all say that same thing. Avoid.
Scott E
1 2 3 4 5
I had a reservation for parking but when I got there all the spaces were taken. After driving around the lot for several minutes went down the aisle where I saw a shuttle. A staff member tells me to park on the side and leave the keys in it, they are full. How are you full when I made a reservation?

When I got back from my trip I went to the waiting area for the shuttle. I saw at least The Parking Spot shuttles go by before finally seeing Jiffy's. And...that shuttle was full....but the driver squeezed me know as I was traveling solo.

Upon my return, since they had my keys the shuttle driver called the office with my ticket number. The gentleman holding my keys wasess than helpful and seemed like he could care less.

Thank you for your time.
Nicole McKinnon
1 2 3 4 5
This place was the worst. There was a snow storm. Me thinking that when I got off my fight I would be able to go to my car and drive away. Nope they didn't shovel out my car plow out my car nothing. Luckily there was a nice couple where the husband shoveled my car out. When I called the office first it kept going to voicemail then finally someone picked up and she told me that I can walk up to the office and get a shovel and do it myself. That was to fat of a walk Iwill never use this place again. If you do make sure it no snow storms.
Chaim Schwartz
1 2 3 4 5
Love this parking place. Quick in and out. Very close to airport. Shuttle always available. Best of all, great price
Saddy Munoz
1 2 3 4 5
First time using their services and the drivers seem to have a miscommunication on who was taking us to the airport. Driver said he would be back, we got on the bus but he never came back. Another driver finally took us after waiting 20 minutes before we finally headed to the airport which caused me to miss my flight. They need to be mindful when they have customers waiting on the bus to take us to the airport. They knew we were there waiting.
Heidi Bixby
1 2 3 4 5
Great price. They only thing was that when we got there, they were out of spots. We had to leave our key and have them park the car after we left. We were a little leery about that but it worked out fine. We had a late flight and they were very prepared to meet us with the shuttle and had our key ready.
Juan C Saldarriaga
1 2 3 4 5
I have parked here on two occasions, great prices for long term. About 60 a week which is pretty affordable comparing to JFK. During a snowstorm I came back to find my car completely clean which was a rare treat. The shuttles passes by very often. Honestly the best lot out there. Also, its close near a roundabout which has a direct access to the terminals.

Good pricing. Frequent and quick shuttle service to the terminal. And the driver was nice enough to point me to extra parking when the lot was full, waited for me and gave me a card with the row number
Lars Hindsley (Lars)
1 2 3 4 5
Flight arrived at 1:30 AM on a Thursday night. Called the dispatch number on the website as instructed and I waited at the designated spot, sure enough, I got picked up in 10 minutes. Probably just over 5 minutes.

Prices fair. Flawless experience.
Mikey Hizami
1 2 3 4 5
Beware of their hidden fees. I used SpotHero to book my spot. When I pulled up to check out, other fees were added. No one responded to my call so I went to the office to resolve the issue. No one was there.

Not using them again.
Scott Lee
1 2 3 4 5
From the moment we arrived @ 3:30AM on a Thursday morning until we returned on a Sunday evening we were extremely pleased with the prompt service. Will definitely park here again.
Me
1 2 3 4 5
It’s this simple; if you’re not using Jiffy Parking you’re nuts! Expedient, low prices, and great staff!!! I am so grateful that I came across them and will definitely use Jiffy again!!
Shatilah Perry
1 2 3 4 5
The parking process was easy. Getting in and out of the parking lot was a breeze. My only issue was literally waiting for the shuttle when we got back. It took forever. First shuttle was packed, second shuttle came 20 minutes after the first shuttle and it only had room for 4 people, luckily the shuttle that came 10 minutes later was empty. Overall we had a good experience and will more than likely park again.
Irene Franklin
1 2 3 4 5
Hard to find but the shuttle got me from my parking spot and I didn't need to go look for it! That was great! He did the same for others as well.
Yitzchak Buchinger
1 2 3 4 5
This place worked great
Aaliyah Kemp
1 2 3 4 5
The worst service I ever had. Called the shuttle to pick me and my husband up