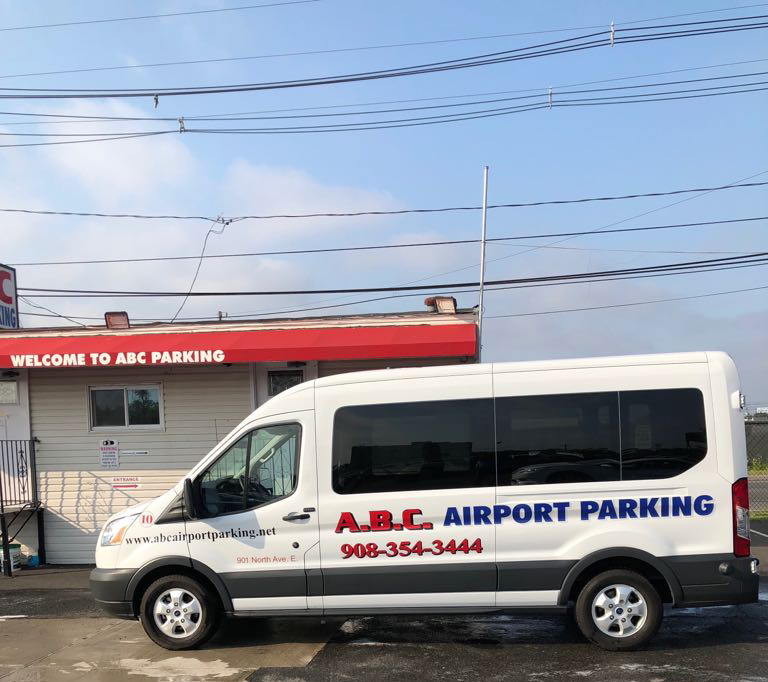 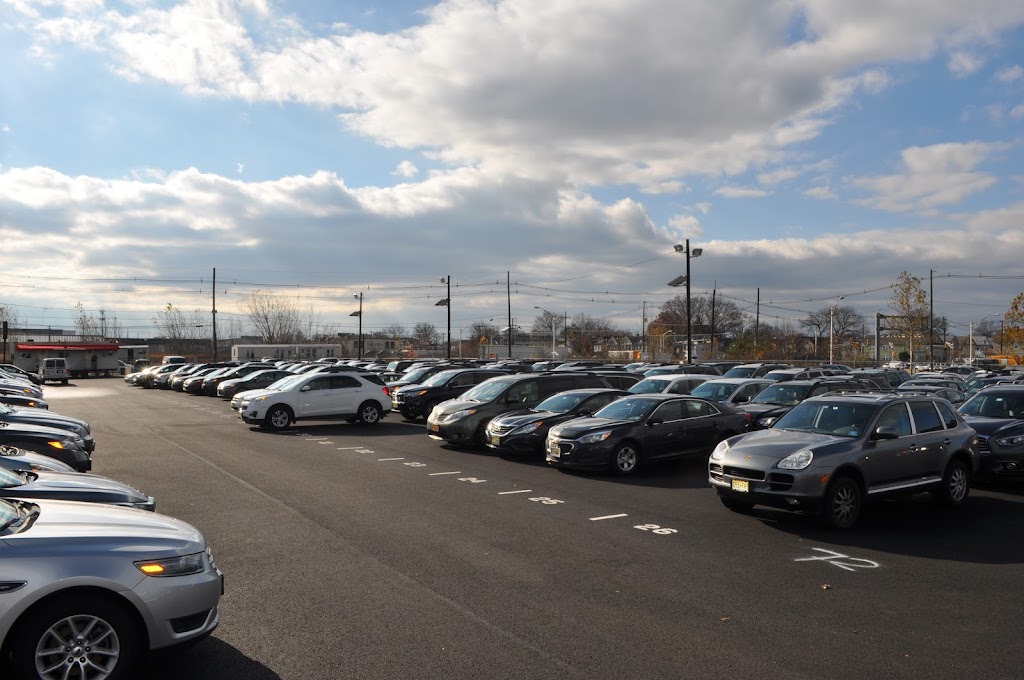 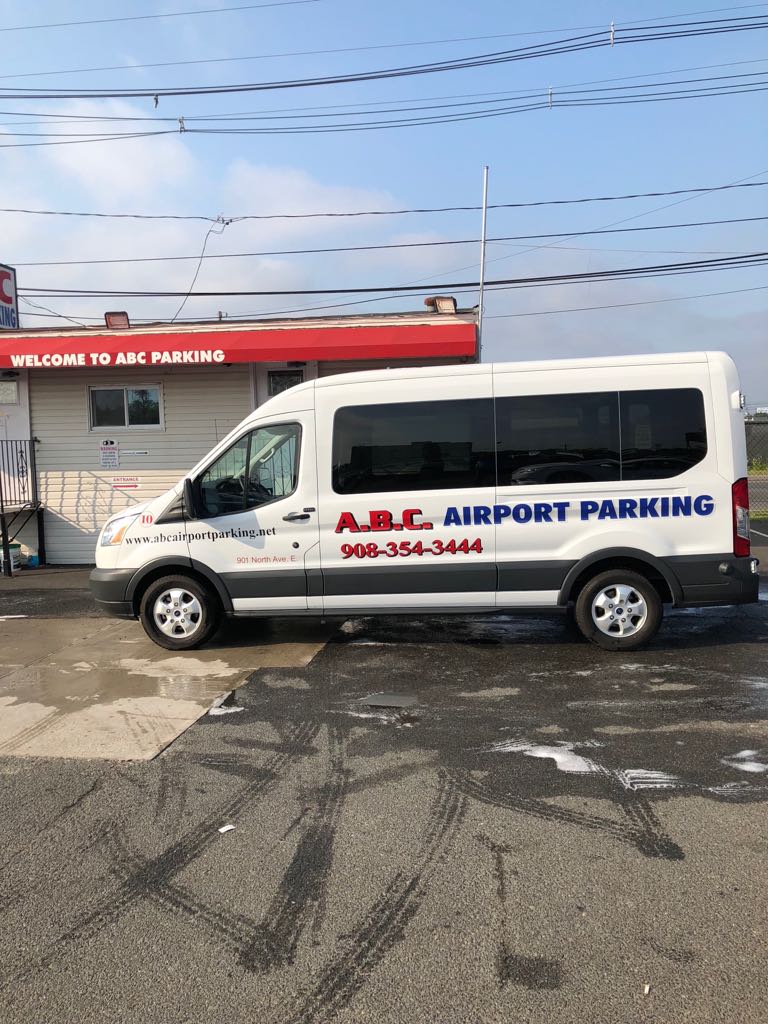 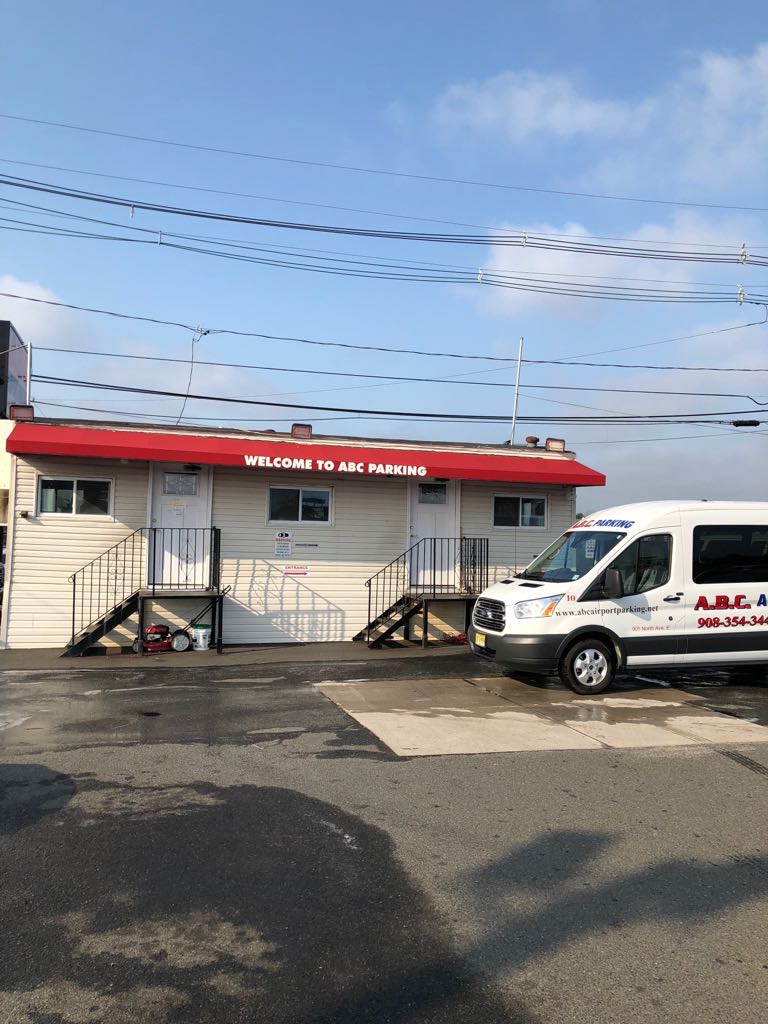 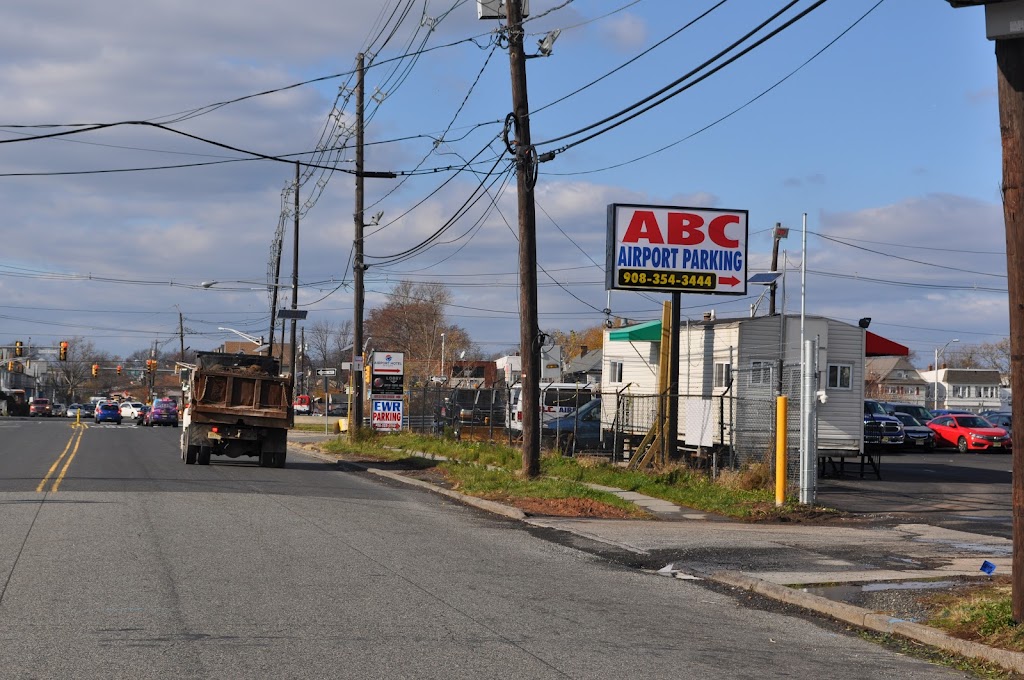 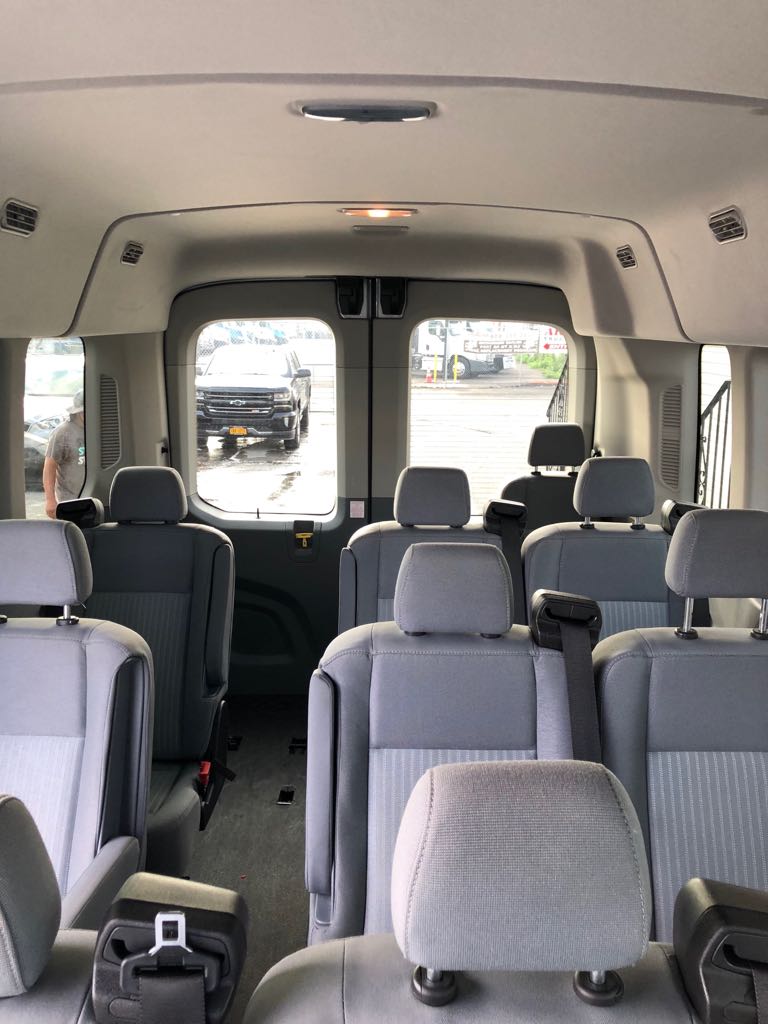 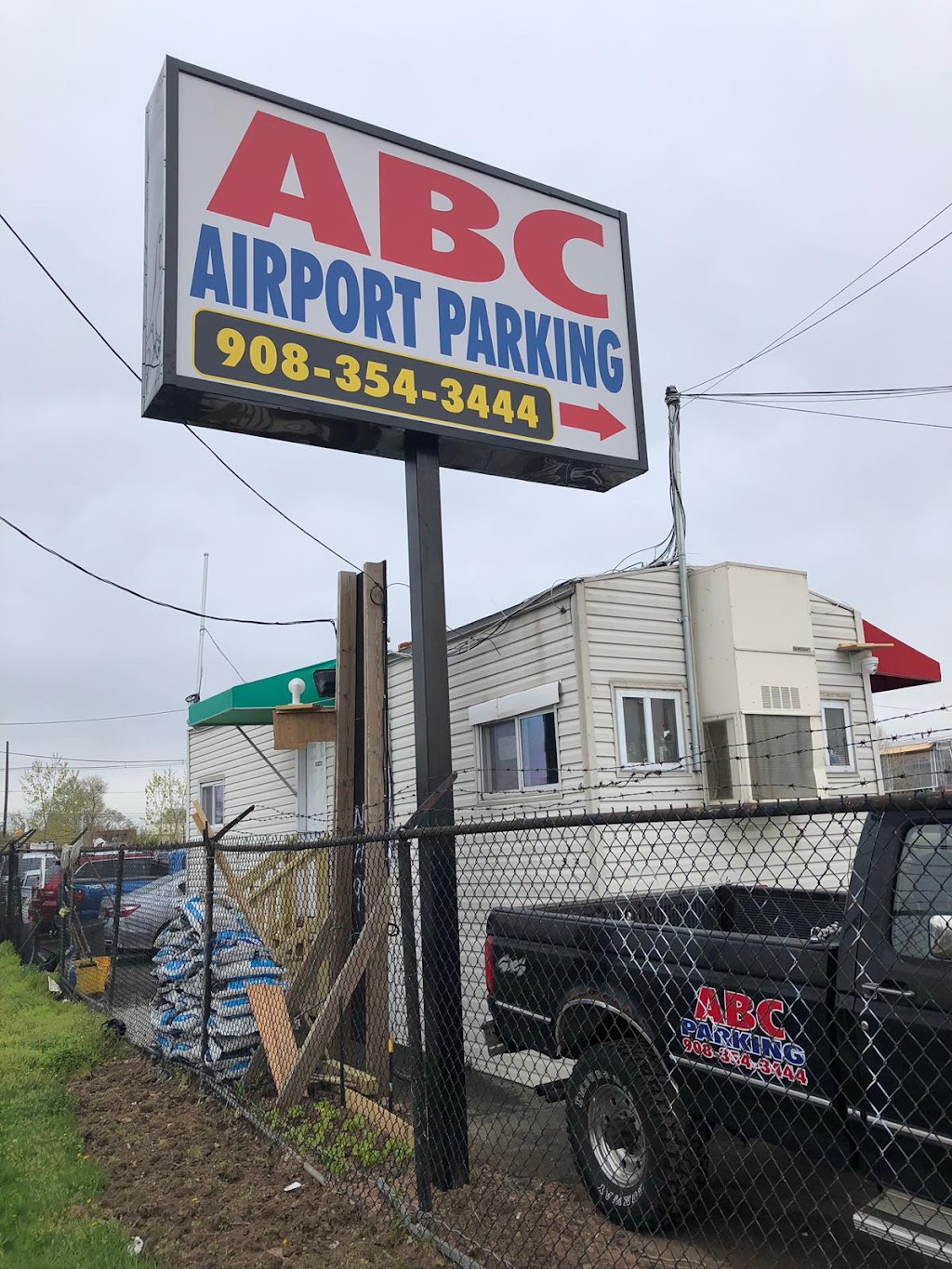 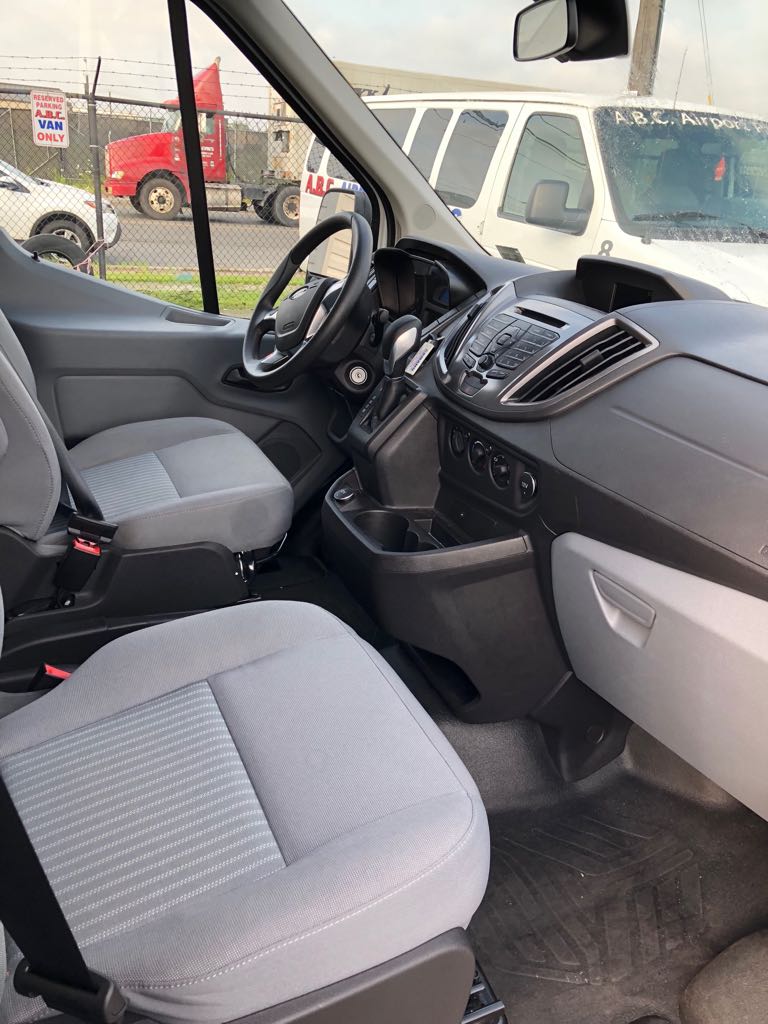 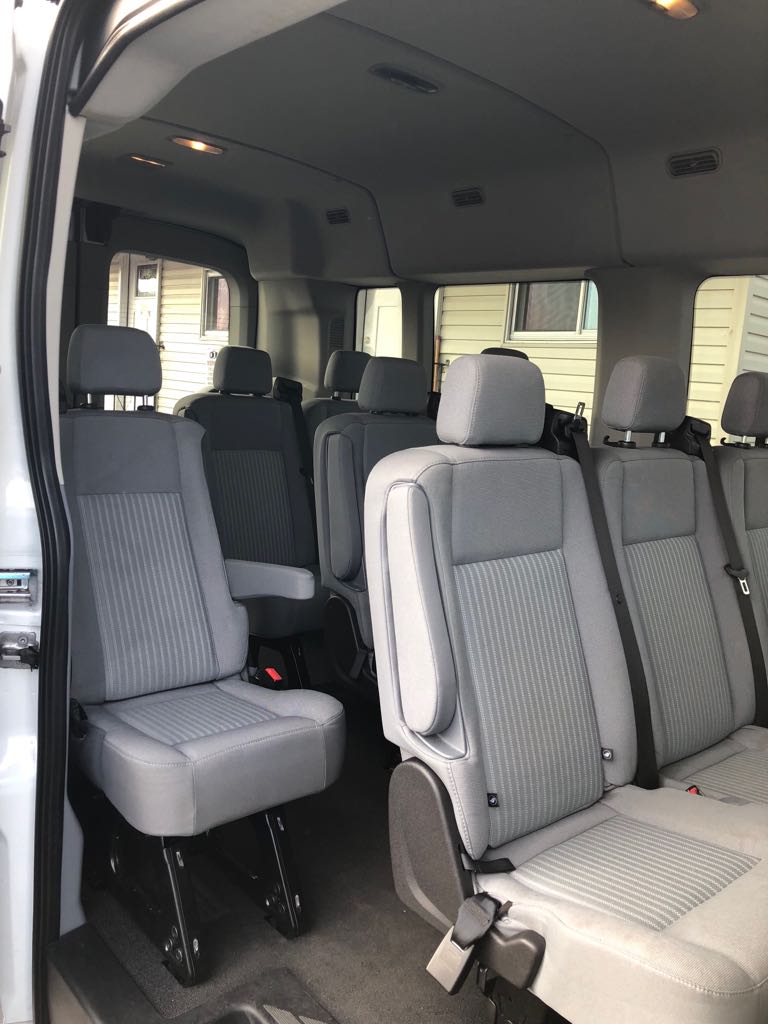 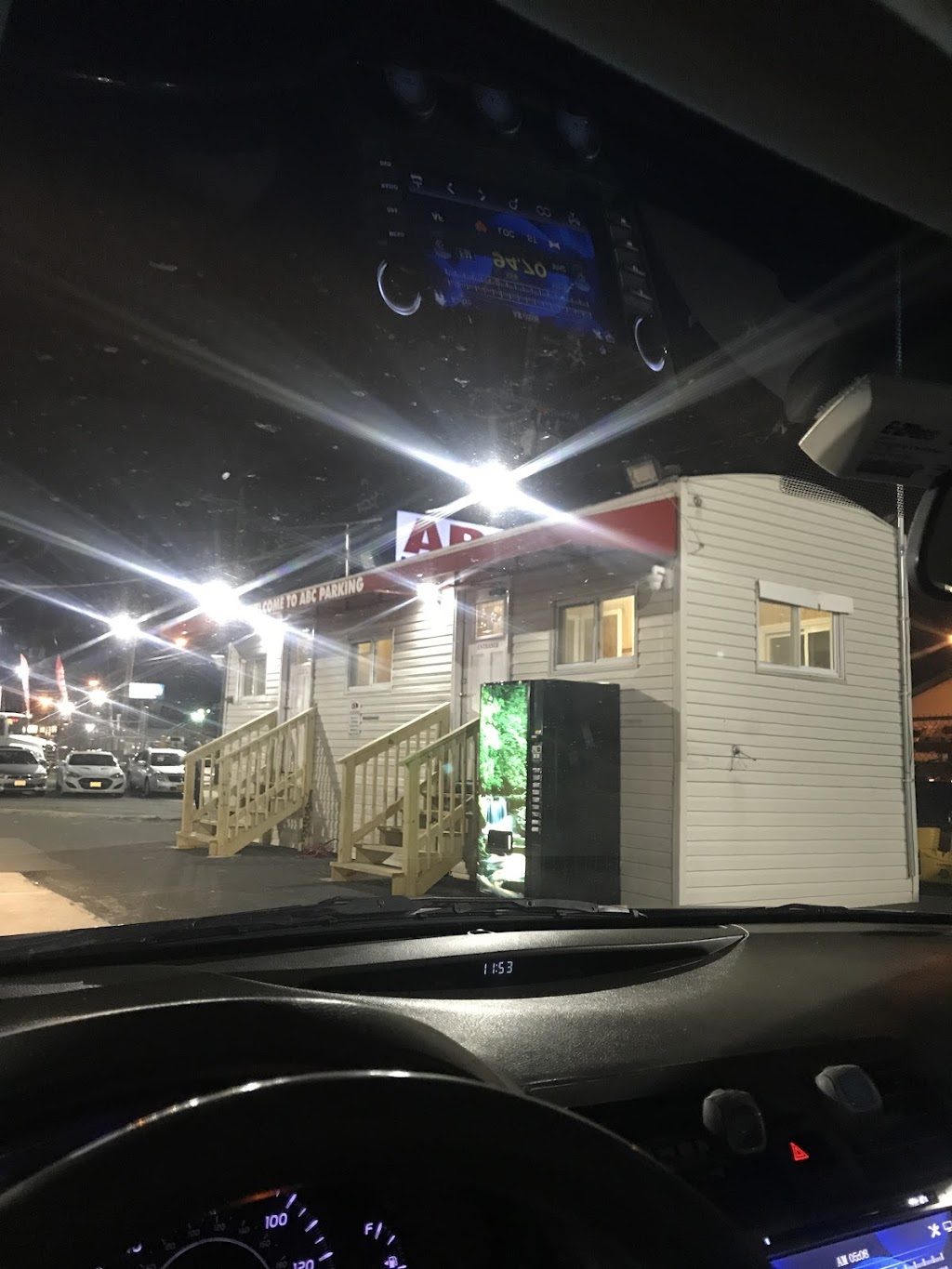 ABC Parking Newark is a great-rated airport parking service located less than a mile from EWR. Therefore, you can quickly reach the airport terminal building via the free shuttle service provided by this parking company. The airport shuttle ride takes about 5 minutes.

Apart from complimentary shuttle buses that run every 2-10 minutes to/from the terminals, you will also get free valet service, luggage assistance, and coffee. While you’re away, your vehicle will be in a secure and well lit Newark Airport parking facility that is open 24/7.

Parking is available on a first come, first served basis.

Airport parking reservations aren’t required, but we recommend booking in advance if you want to cut your costs and get parking discounts for your next trip. Pay for this parking area via cash and all major credit cards.

Standard parking rates start at $8 per day if you make an advanced reservation.

The drive-up daily parking rate for regular vehicles is $12.

Oversized vehicles can park in this lot for $12 per day (plus fees and taxes).

Passengers that reserve a parking spot in advance will get Newark Airport parking coupons.

Booking short-term parking areas has never been so simple! Make a reservation to get instant confirmation and guaranteed parking space. Avoid sold-out situations or higher drive-up rates - enter the facility with a peace of mind with our ABC Parking Newark reservation.

View All
3.7
Good
1 2 3 4 5
(Based on 221 reviews)
Donna Boehler
1 2 3 4 5
Great parking experience! We were dropped at the airport as soon as we arrived. We landed and were picked up immediately at the airport. It had snowed while we were away. And they had the car cleared of snow before we arrived. It was not a fancy place by any means-open lot in an industrial area with the office in a trailer, but it was worth it!
Greg Struble
1 2 3 4 5
The only way to park your car for Newark airport. Fast and easy.
Katerina Jurkoshek
1 2 3 4 5
Worst customer service I’ve ever experienced. Very shady and extremely rude staff. I would never park here again.
Roxanne Hayes
1 2 3 4 5
I never take time to write reviews of companies-unless they are excellant-like the staff at ABC Parlking. I fly almost every month and I use ABC everytime. They are so close to the airport and their system works great-once you have your luggage, give them a call for pick up and they will be there within minutes. The Staff is professional and helpful and they treat your car like it was their own.
Elaine
1 2 3 4 5
Everyone was extremely friendly. The shuttles were super quick. Most importantly our car was kept safe and the prices were very cheap! Highly recommend
E B
1 2 3 4 5
Best Parking at EWR. Great rates.

Friendly staff, fast and comfortable shuttles.
Charlene Jurkoshek
1 2 3 4 5
The woman working the office and her purported manager are the most incredibly rude people I have ever met. I will never park here again! I also think these people are acting very strangely and may be stealing from someone! BEWARE!
Katerina Jurkoshek
1 2 3 4 5
Worst customer service I’ve ever experienced. They refused to provide an itemized receipt on a long-term stay, despite having told me they would give me one when I picked up the car. The desk attendant yelled at me the entire time I was being checked out even though I asked her to lower her voice numerous times. The manager on speaker phone would not talk to me, said they don’t give itemized receipts and continued to yell. She let me know that they didn’t need my business and that I should get a lawyer if I wanted- over a receipt. Very shady and a very strange experience. I would never park here again.
Sammy R
1 2 3 4 5
Horrible PLACE... I had paid online & dropped off my car & when I came to pick up my car I was charged again! I was told I dropped it off in the wrong place but I showed them my confirmation # & receipt 🧾 & was told i was in the right place.... Don’t let them get you for your $ how they got me! THE WORSE PERSON THERE IS JOSEPH
Erica T
1 2 3 4 5
Wonderful! Very trustworthy people. My husband left his knife and realizes at the airport the shuttle driver was so kind he put it in our vehicle for us. Very easy to get to and fast to the airport going and coming. Will def use them again. Thank you so much!
Austin Green
1 2 3 4 5
If you need to long term park go here. They're the closest, valet, and drop you off right at the terminal 15 min later (I fly at odd hours to avoid lines, but I'm sure this place can get crowded...)

I stopped them from going any further and filed a police report with the local police. I then got a lawyer to try and resolve the issue with them and ABC completely stalled and gave him the run-around. I have had to resort to using my own insurance to take care of the damage done to the car.

These people are disreputable and in fact have done a criminal thing because they took my car off the parking premises without knowledge or consent and then they tried to cover it up. I would stay away from them at all costs! This happened in June 2019, so it is a current occurrence.
Michael Zirngibl
1 2 3 4 5
Excellent service and an attentive staff. Dropped off my car and was at the terminal in 15 minutes. On the return I called ahead and was in my car on my way in a short period of time.
Ashley Steen
1 2 3 4 5
When we arrived to pick up my van, there were scratches and a chip on the door. We told the staff, whose immediate response was for us to call the police. They also told us their manager would check the cameras to see if the damage was there when we arrived.

When the police officer arrived, he told us there is no need to involve police, but he gets called there on a daily basis for minor damage done to vehicles. He also told us we will probably end up paying for it ourselves because if we file a claim through insurance, the insurance companies won't fight over such a small amount, and we will be stuck with the bill, which probably won't be more than our deductible. He called the company, quote, "a mess."

When the manager arrived, he did NOT check the cameras. He was angry, basically said the damage wasn't a big deal. The people I spoke to were rude, very defensive and angry. They did not want to help.

On top of that, when we arrived and took the shuttle TO the airport at the beginning of our trip, they packed 13 people into a 10 passenger van. The driver also made an illegal turn - right hand turn from the left lane on a red light. I guess he didn't feel like waiting behind the other cars, but when you have a bunch of children that can't buckle up because there aren't enough seat belts, you would think you would at least want to drive safely.

I would never recommend this place. We chose it because the reviews were ok and it was cheaper than some of the other places, but definitely pay the extra few dollars a day and go elsewhere. Now we have car repairs that we are stuck paying for ourselves because the company is negligent and irresponsible.
Andrea Oberlander
1 2 3 4 5
The driver was very nice both ways...we dropped the car and were on the way yo airport within 5 min...and on return, we picked us up within 10 min of us calling despite the pouring rain. Note: pick up is on level 1 (not level 2) so you have to just jump in elevator and go down one more level. Fyi, if you want to pay cash you get 2.99% discount but if pay with credit it is 2.99% more service fee.
J R
1 2 3 4 5
ILLEGAL DRIVING BY DRIVER. We all know the law no texting and driving, but this one is completely scarred. Our bus driver to get back to the parking lot was literally watching a Spanish show on his iPhone while driving back to the lot from airport. Completely scary especially when traveling with my family. This company put my daughters life in danger. When I made a complaint, the driver told the “manager” . He was communicating with the office and that’s how they communicate. But I was so shocked at that time I captured the entire thing on video . I showed the office the video. When I told the “manager” that I was contacting authorities that is when she said well instead I can have the owner call you. I did contact the Elizabeth police department and was told to file a complaint on Monday. The “manager” did take one day off my bill . I don’t care about money, but my family’s safety.

Texting and driving....Nope this driver was watching a show while driving.

I have been a customer for a number of years and always had a great experience (parked approx 10 times) with ABC, until this past weekend.

I parked it at their lot on Friday morning around 6am and it was running great. I retrieved it on Saturday night around midnight and was told it "wasn't working". I started it up (engine ran fine), put it in gear and found that it would not move forward or backward, and made a clicking noise when I let out the clutch. I inquired who took it off the lot and drove it around and was told that no one ever does that...

To get home and mobile, I had to rent a car for 2 days and have the car towed by AAA to my mechanic who evaluated it today and told me the front axle was "blown up and that only happens through extreme abuse". Since the car was completely fine and got me to their lot on Friday (and I don't abuse it), and it had a damaged axle occur while in the care of their company (which prevented me from driving it off their lot), I have no choice but to assume someone affiliated with them and their company abused and broke my car.

I had it repaired today for $628 and my mechanic was willing to speak with William the owner, so he can further understand the degree of damage that occurred to the axle. I was told that the only way to communicate with the owner is via his email, but of course that message bounce back with a "mailbox full" message. Despite 4 requests today to his employees, William the owner is unwilling to speak with me or see the pictures of the broken axle. I'm amazed that they refuse to discuss this or accept any responsibility whatsoever. They've lost a loyal customer, and hopefully you guys won't have the same experience!!!

DON'T EVER PARK HERE IF YOU WANT YOUR CAR RETURNED IN ONE PIECE!!!