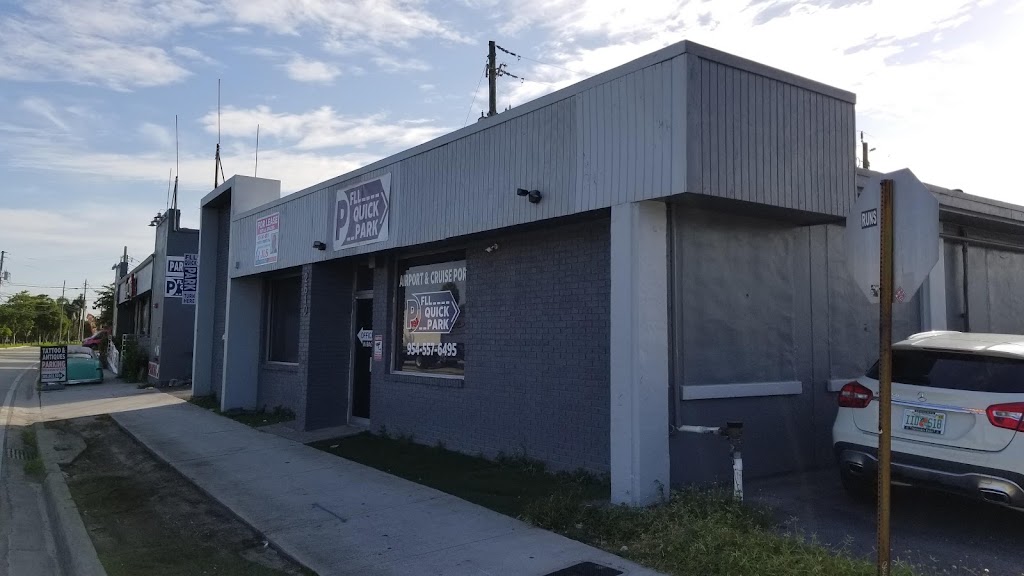 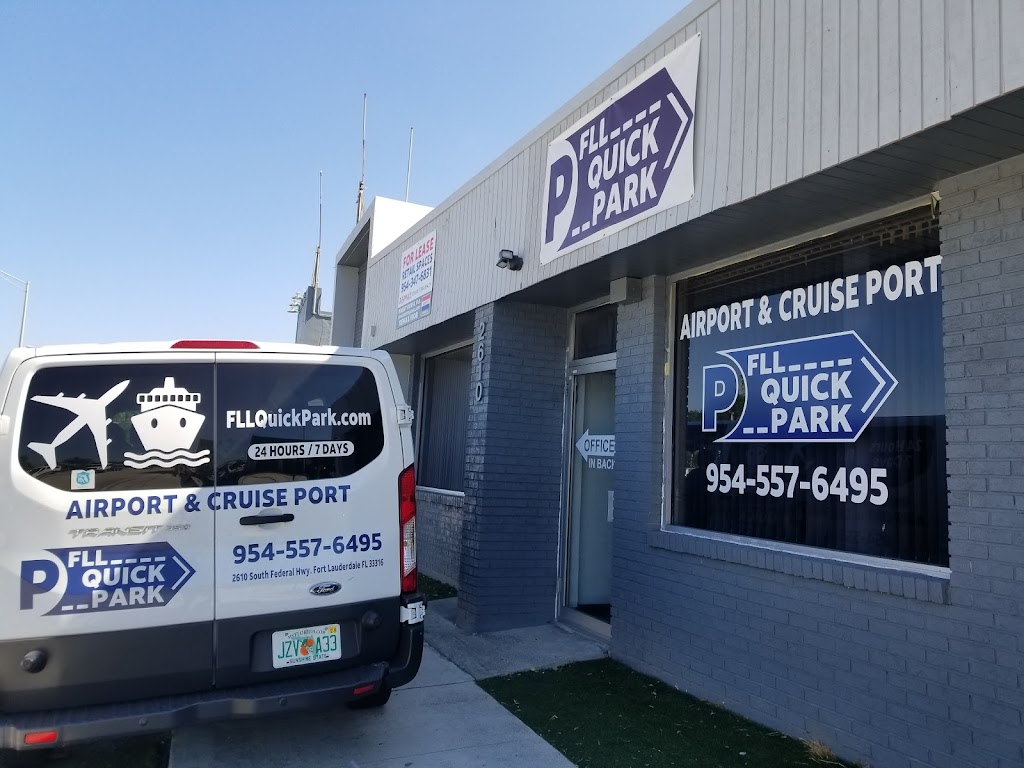 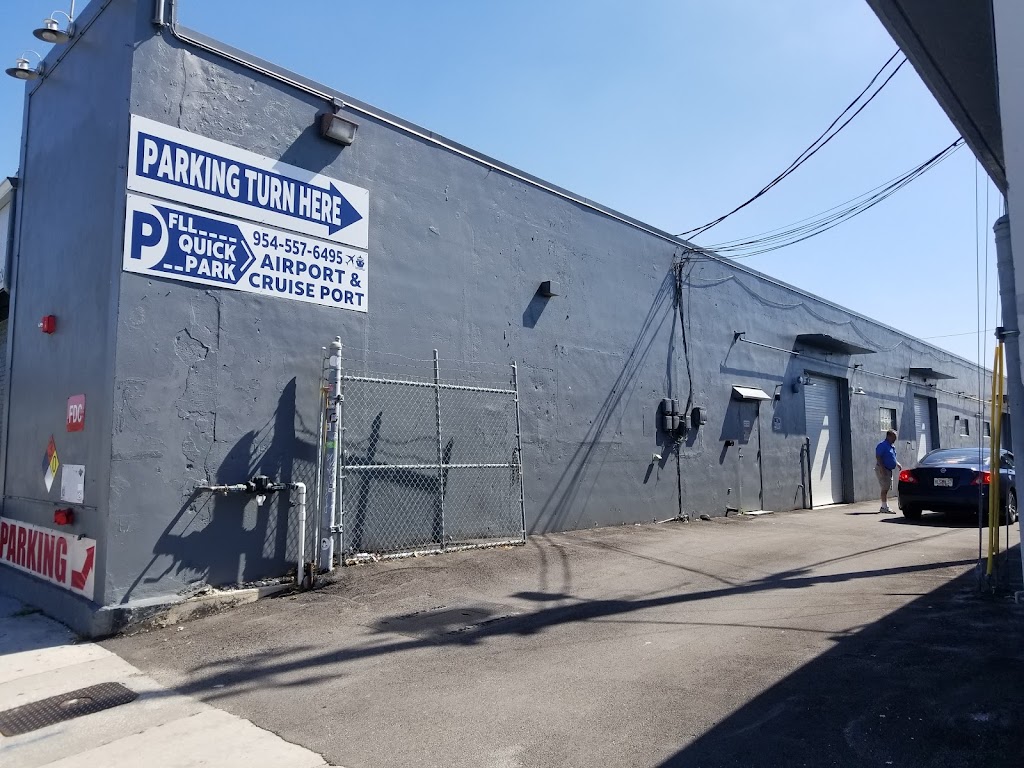 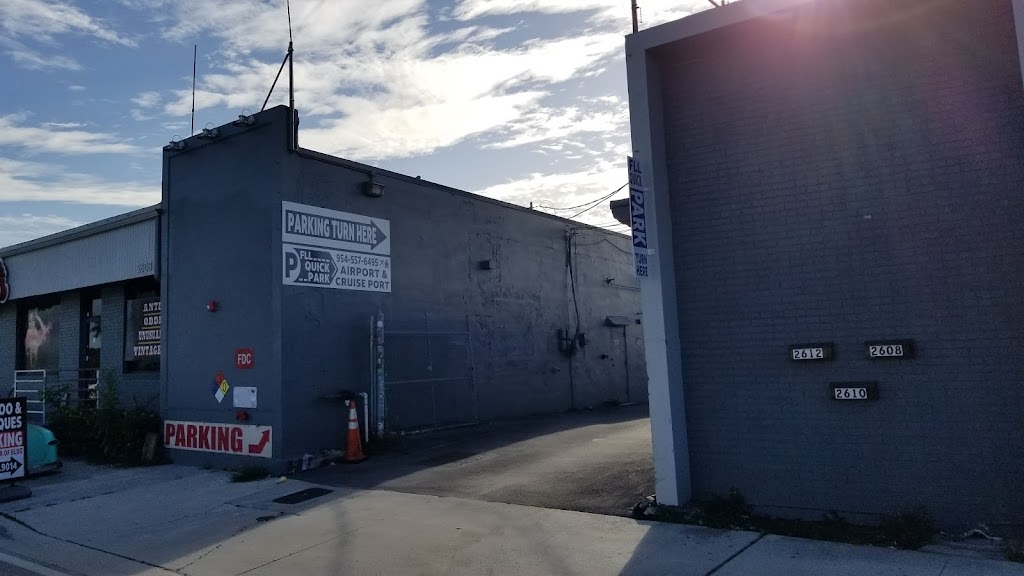 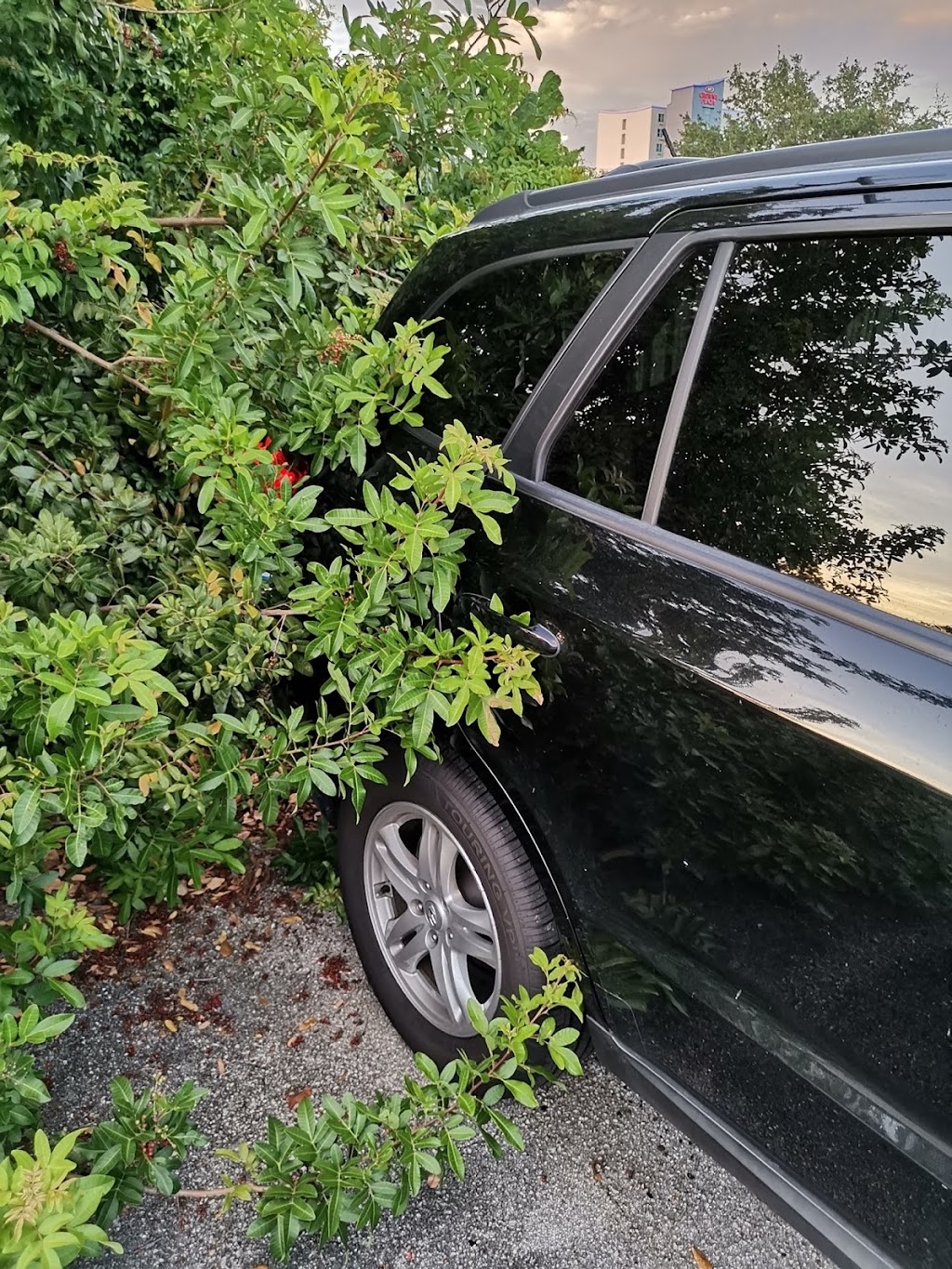 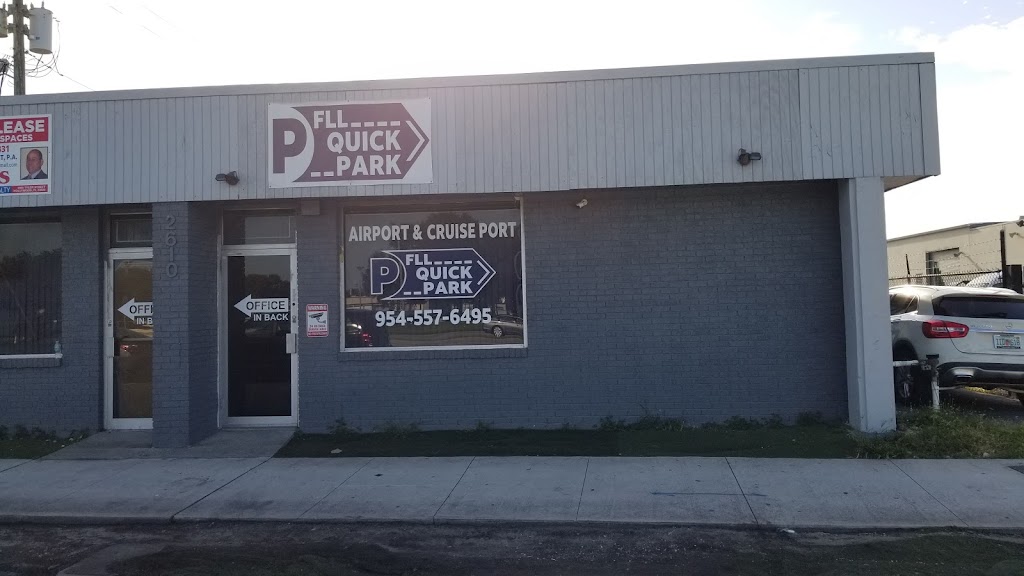 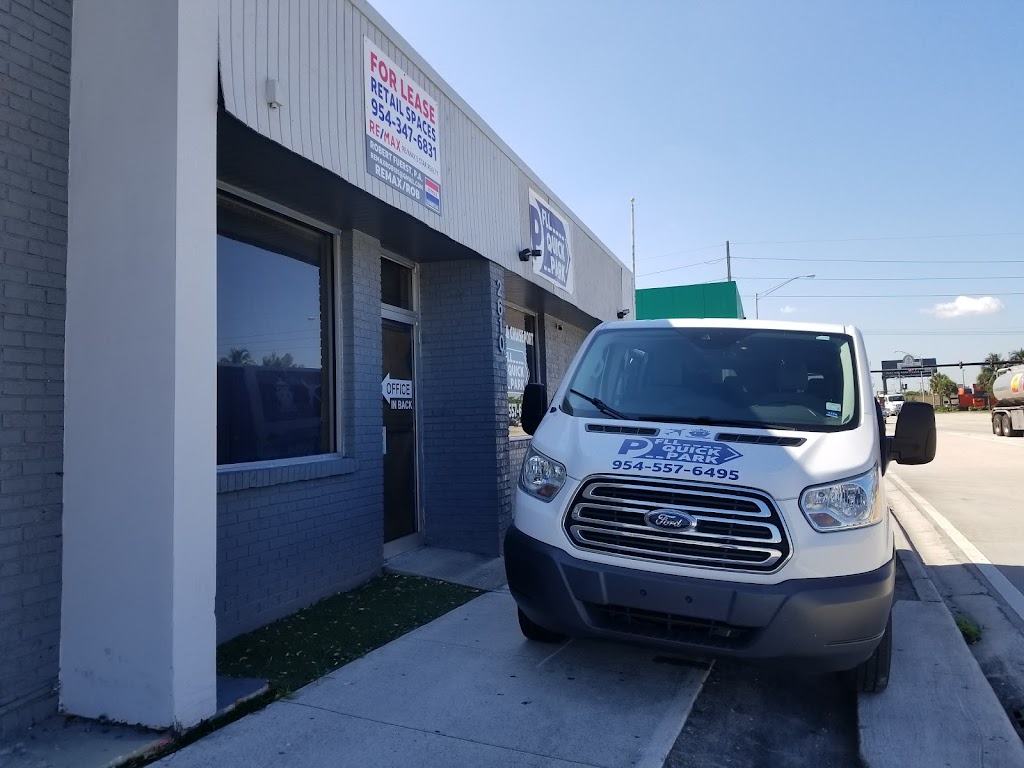 Called from the airport to be picked up And the girl that answered was clearly disorganized And "bothered" by my questions. Didn't want my confirmation number and said she would get it later.

Later arrived... And guess what? She still hasn't asked for my number, and My car is buried 2 cars deep.

She's been on phone calls in the parking lot since we arrived here. I found my key in the box, but does no good since 2 other cars have to be moved first.

Save your money, your time and your energy.

Use a different parking service.

Review written from the waiting room since I still don't have my car to drive.

**The owner of this limited edition blacked out Cadillac may consider a lawsuit.

Apparently it's standard practice here for the employees to drag their plastic bins (key storage containers) across the hood of each car they walk to.
Fallon Carter
1 2 3 4 5
Check in was fast and efficient. The staff was friendly. Very great customer service the gentleman helped with my bags. Coming home, when i called, the driver was there so fast people waiting for other shuttles were still waiting when i left. Excellent place to park and at a great price!
Jessica Dadiomoff
1 2 3 4 5
We dropped our vehicle off at FLL Quick Park on the morning of 5/30/19.

On 6/2, we were dropped off by Quick Park’s shuttle service at their “alternate lot" only to find our car damaged-a broken drivers side head light, body and paint damage on front bumper, and body and paint damage above front wheel arch. Also, it was left in an non secured parking lot parked in the bushes with the rear window down. Upon seeing the damage we immediately alerted the shuttle driver, who was still present. We asked him to call the manager who hung up as soon as we tried to speak.

Carlin told us to come back the next day but we live over 90 miles away, in Port St Lucie. He then told us to send the complaint with photos via email and assured us that we would hear from a manager first thing the following morning. We sent a detailed email accompanied with photographs.

The next morning, 6/3, we never received a call. At 10:30 am, we called and were told the manager would call around noon. At 1:30, we called again and spoke briefly with a curt employee who said “you will receive claim documentation via email within 24-48 hours.” When we explained that we were told we be called, he stated “We aren’t going to change the way we run this business for you” and then hung up on us. Frustrated, we waited 48 hours and were never sent any claim documentation. We decided that unfortunately, we would only be able to speak to someone if we drove to the office.

On 6/5, we drove 90 miles to Quick Park and spoke to Pete, the manager. We explained that we had not received anything, nor had the company made any attempt to reach us pertaining to our car. He was very rude and said he hadn’t finished the claim yet, the car was driven into a pole and he had video footage of it. He also said that it was a $1500 repair and that he was sending us to a body shop affiliated with his company. We explained that we wanted to get it repaired near our home in PSL. He said then we had to take the car in for three separate estimates: his body shop, a dealership, and another non-dealership. He said that once we had the estimates, an average of the three would determine how much he would pay for the repair.

As instructed, we took our car to his bodyshop who quoted us $1350- replacing the headlight, and repairing the bodywork.

The next day, I took our vehicle 3 local body shops. Their estimates ranged from $2,458.51 to $2,949.94. When I asked why the estimates were much higher, they each explained to me that in addition to the headlight, the bumper cover needed to be replaced-it had multiple cracks, the left front fender and the fender liner retainer needed to be replaced-it was twisted and buckled in the wheel opening, and the lower covers needed replacing.

My husband told Pete about the alternate estimates who said they were irrelevant and he would not pay more than $1550 for the damages. We argued that $1550 was not even close to covering the cost of proper repairs in our area. He told us to have it repaired at his body shop. We explained again that this would be very difficult and costly to us as it would total our travel to almost 600 miles of driving. He said that the car could be picked up from us and then delivered to us once finished. We did not want to give our vehicle back to Quick Park after the company had already damaged it once and made it very difficult to resolve the matter thus far. Their staff had proven to be incompetent, ineffective, and rude. Additionally, we had three separate professional opinions all agreeing that the parts should not be repaired but should be replaced because of the damage. Pete told us to scan the estimates and send them to him and he would look at them. We did so and have never heard from him since.

We have made several efforts to contact them via phone and text messages over the past 11 days to no avail. They have fed us misinformation and false claims since the beginning and we are no closer to a resolution.
Marlene Rittenberg
1 2 3 4 5
This facility is not worth any stars, but I had to give it at least one to get my message posted.

I used FLL Quick Park over the Thanksgining weekend and was very pleased, so I chose to use them again this past weekend. I will NEVER use them again. Getting there was fine. The shuttle to the airport was good as was the shuttle back to my car. That's when I lost complete confidence in this facility. They have a very small on-site lot. I was not informed that my car would be parked off-site. I didn't learn this until I was picked up at the airport. The shuttle driver first went to fenced lot in a nearby industrial area, but my car was not there. He then drove around the corner to a side street in the same area. There was my car - parked on the grass, under a tree - no fence, no security.
Giselle Santamaria
1 2 3 4 5
I have use this place in two different opportunities, and I had a good experience in both moments. The staff, specially the manager are very professional, efficient and gentle. The second time I arrived to his office with very short time to take my plane, when I explained this to him, he was very helpful and took me to the airport immediately so I didn't loose my flight. They helped me with my baggage and my car was in good conditions when I arrived from my trip. I recommend to always book with time, and do it on their website. I will keep using them in my next trips.
lorinzo lovely
1 2 3 4 5
Great place and speedy service. the staff was nice and helped me carry my luggage to an from my car. the Shuttle service picked us up from the airport terminal.