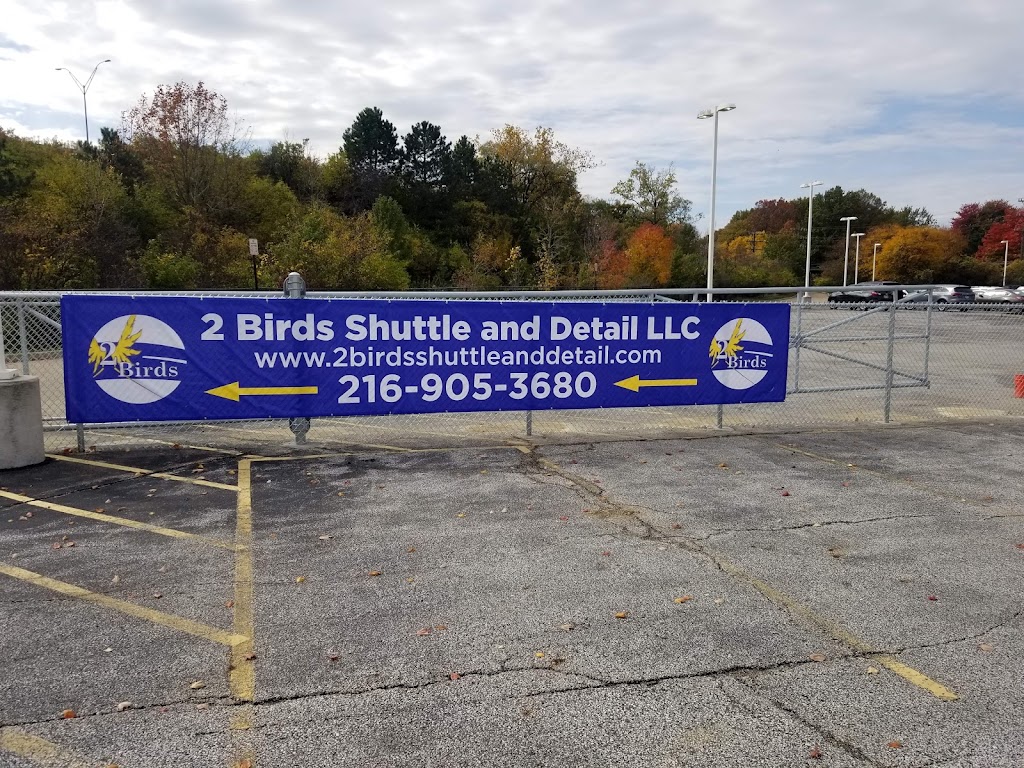 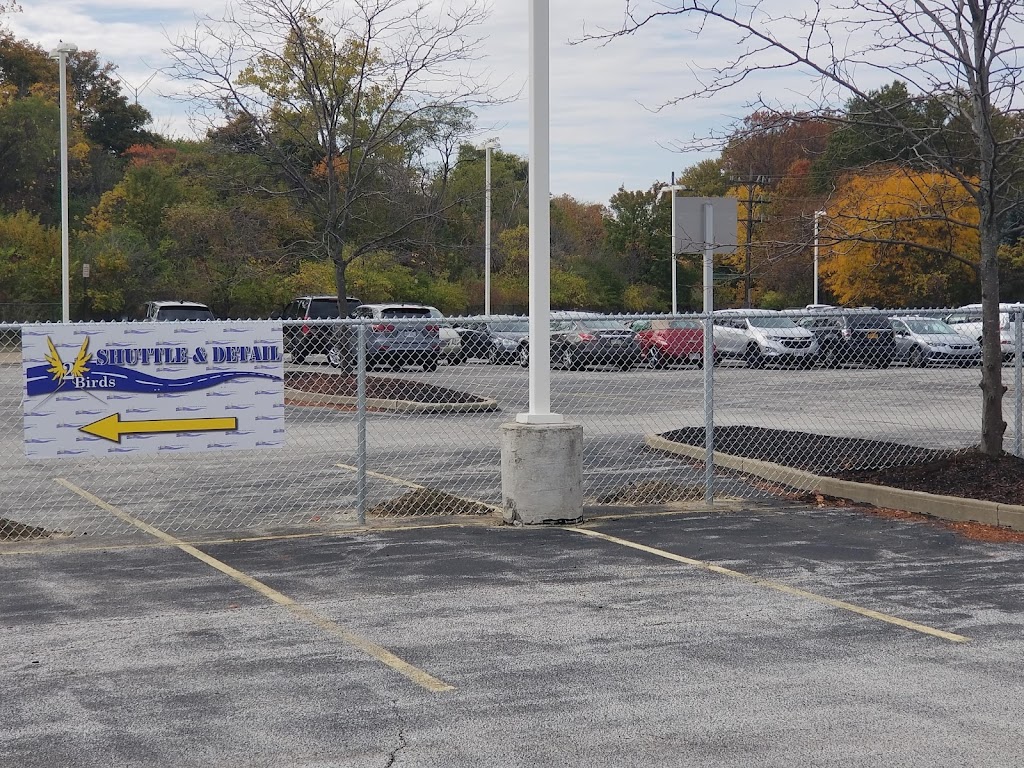 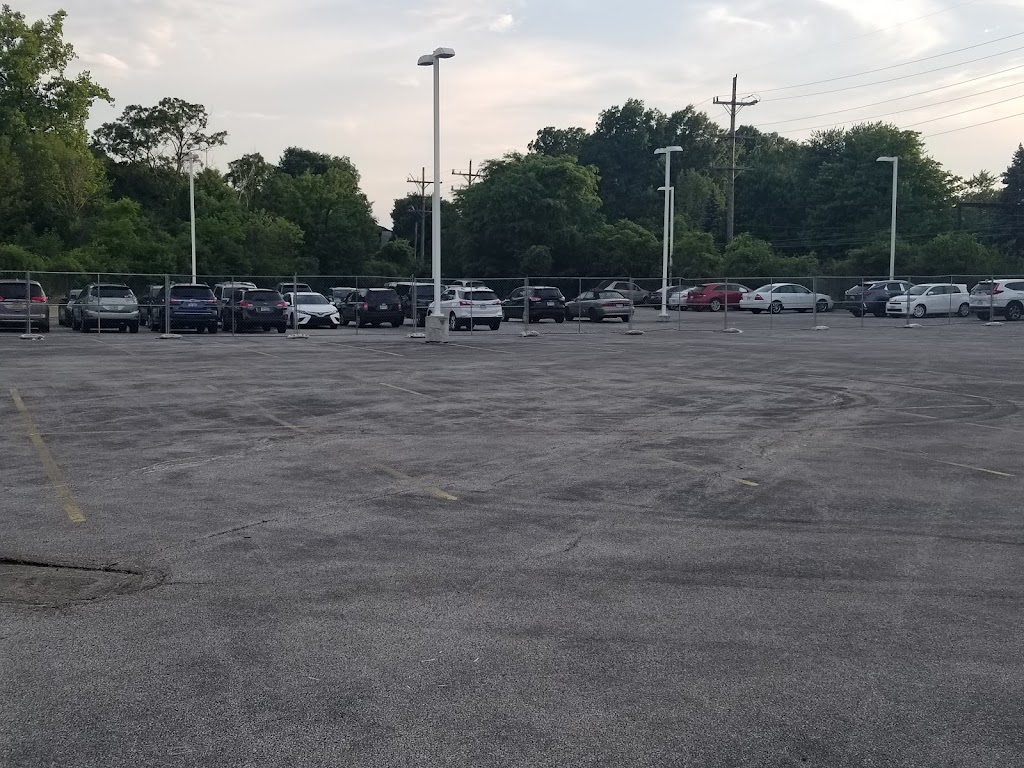 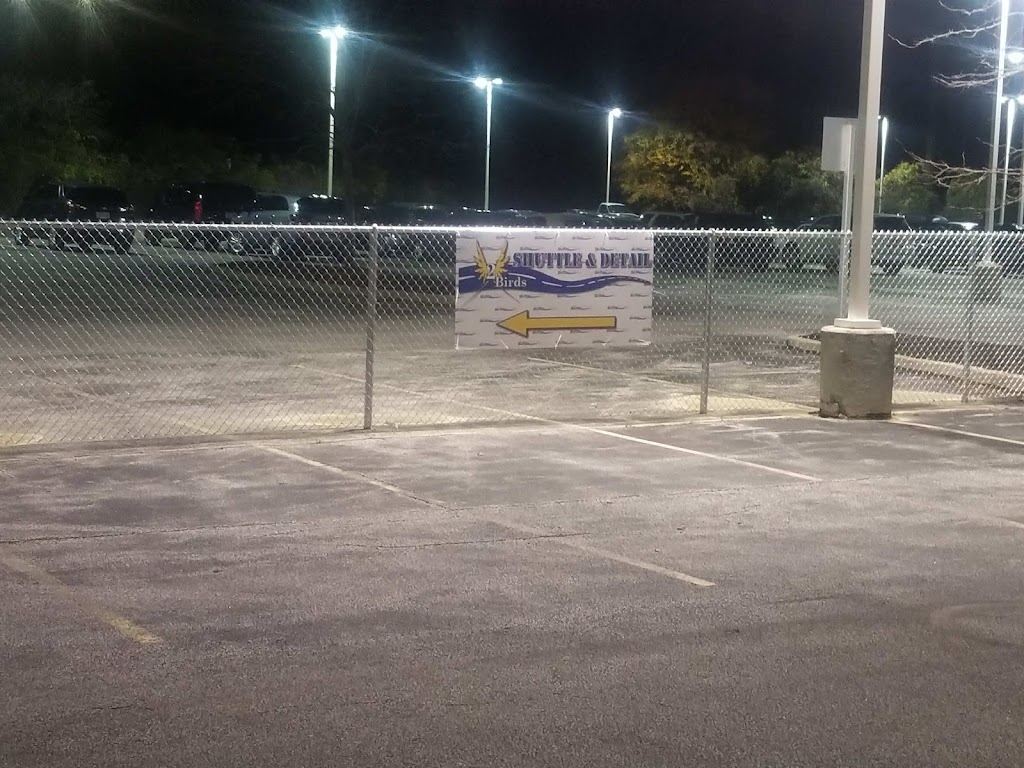 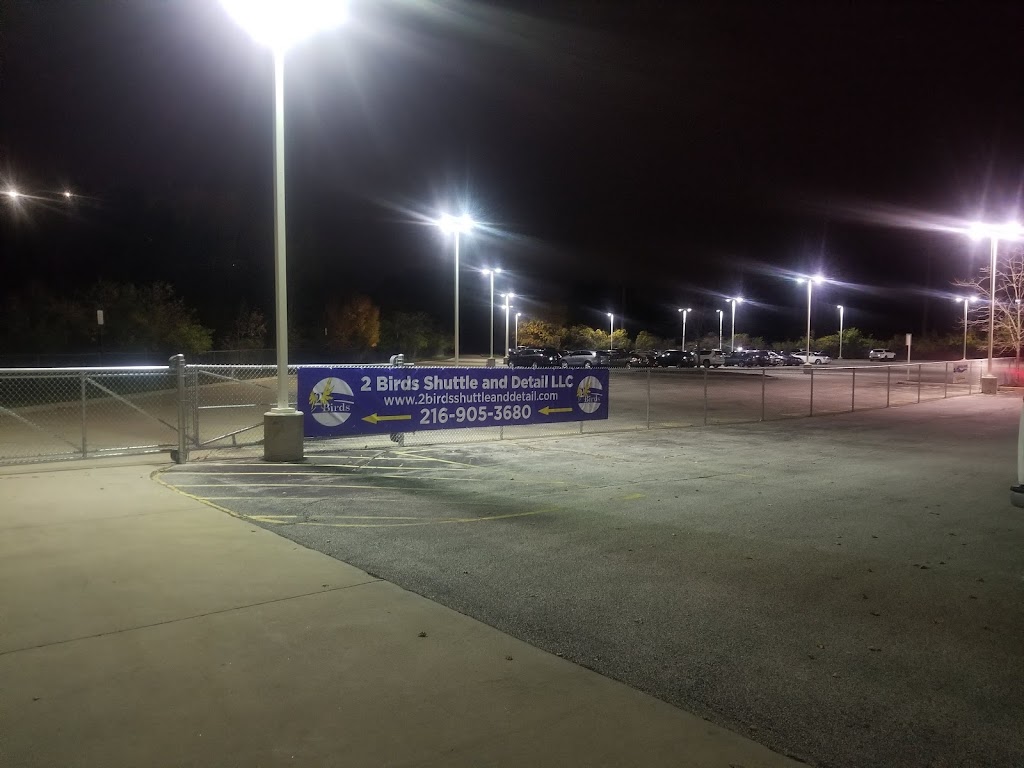 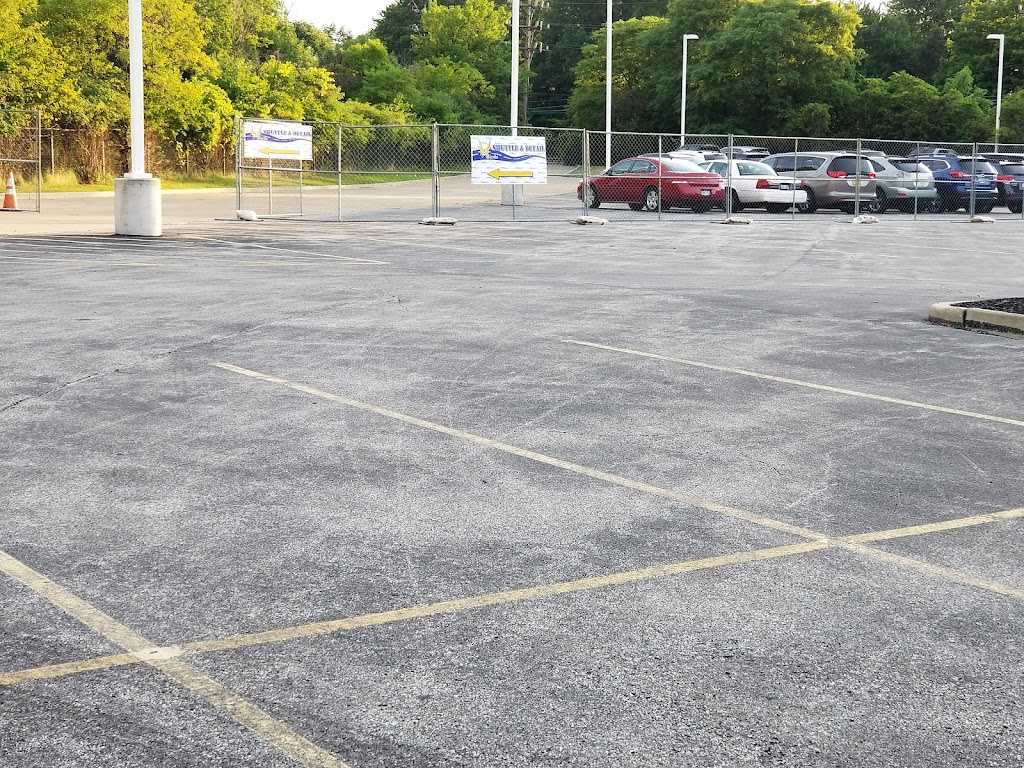 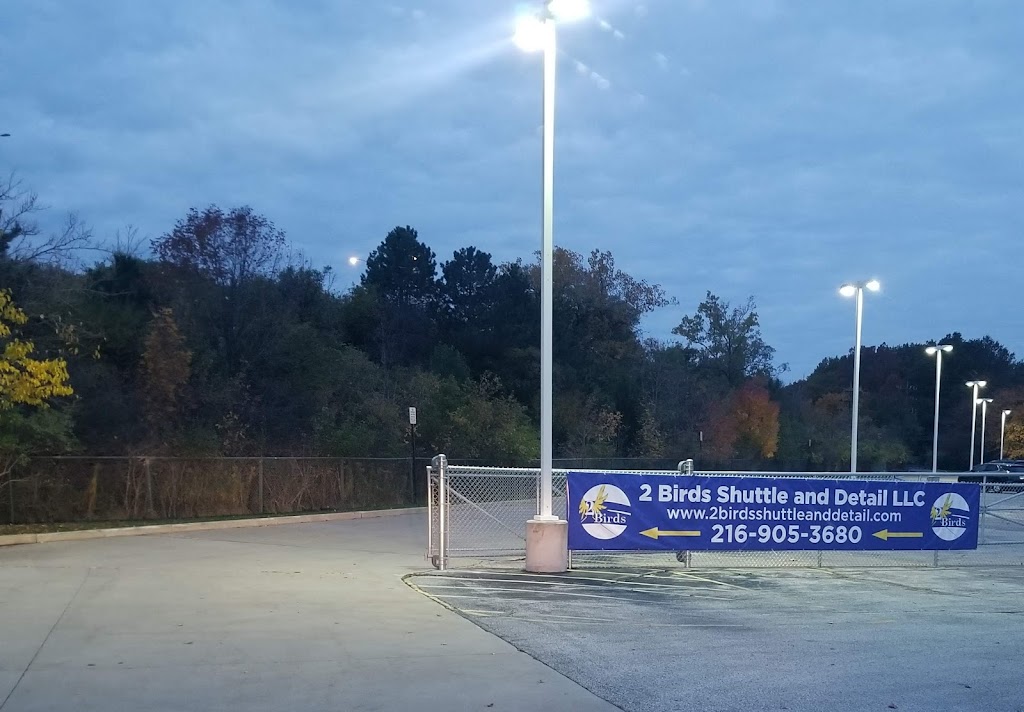 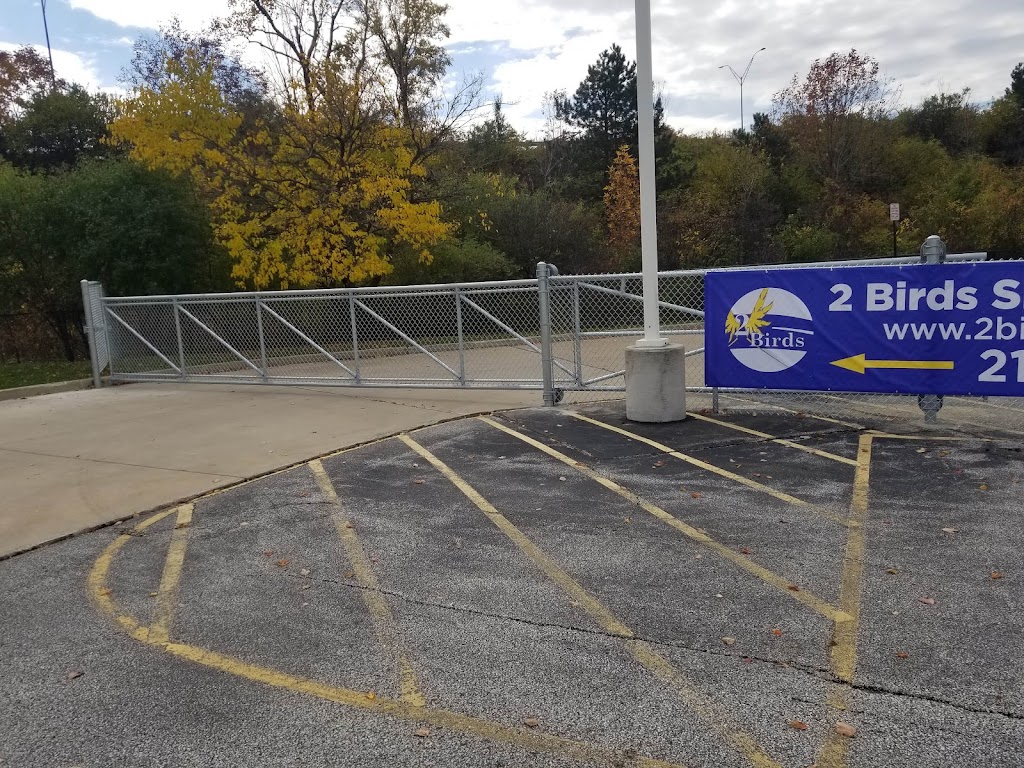 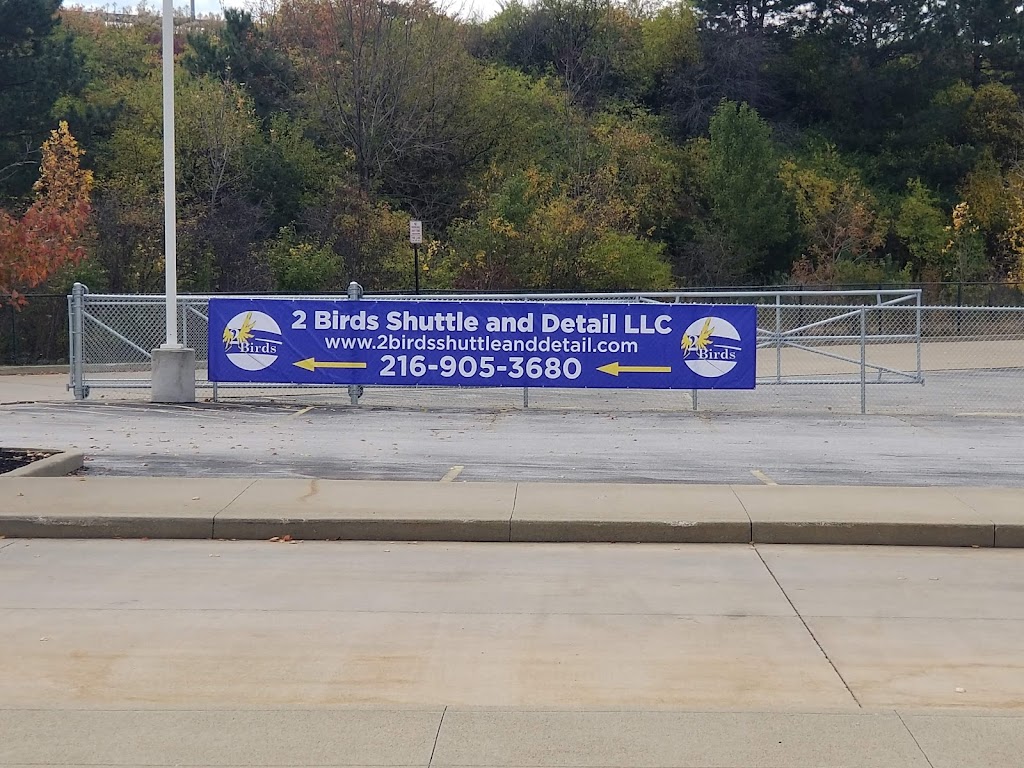 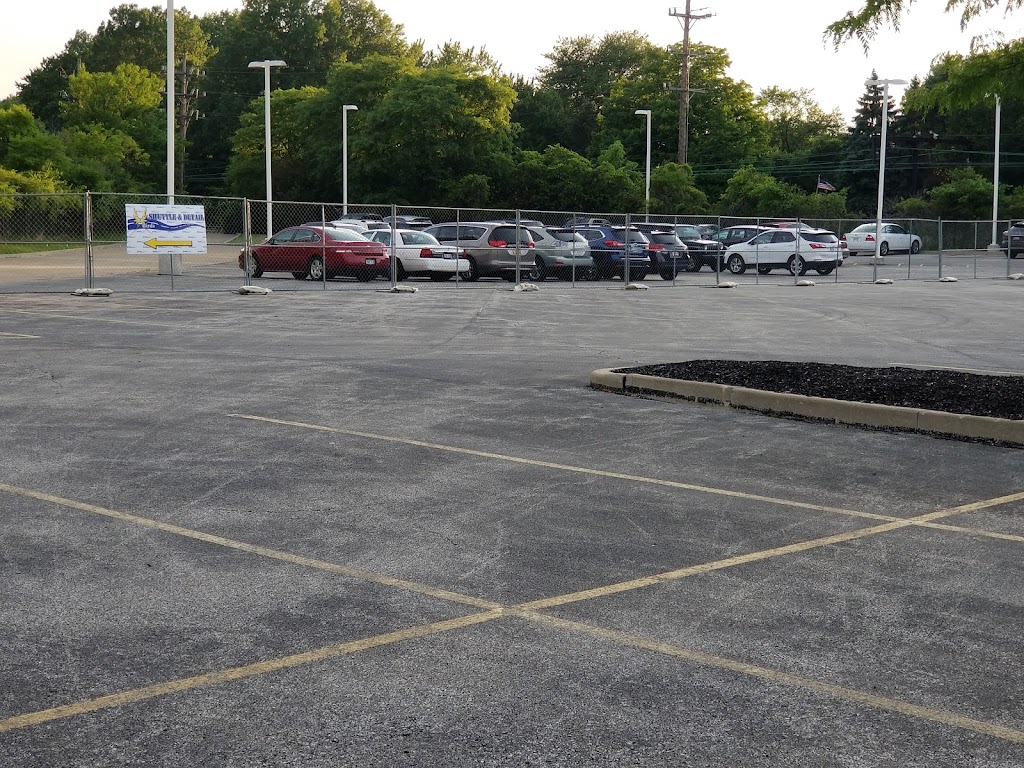 3.3
Average
1 2 3 4 5
(Based on 13 reviews)
Located minutes away from Cleveland Hopkins International Airport. Free shuttle service to and from airport included with online purchase. This lot is fenced, has security personnel and cameras.
Shuttle runs 4 AM - 1 AM every 30 minutes, 10 minutes & 40 minutes past the hour, to airport; airport pickups are on demand. No shuttle after 1 AM up to 4 AM.
Call 216-905-3680 for entrance into lot. Customers will be given card with information regarding return shuttle.
Airlines suggest arriving at airport 2 hours preflight; be sure to arrive at parking location before this 2 hour window.
Compare our rates to Cleveland Hopkins International Airport Rates!

View All
3.3
Average
1 2 3 4 5
(Based on 13 reviews)
Amy Kruger
1 2 3 4 5
No problems using 2 Birds for park & shuttle. Had to extend my trip one day so I texted & left a voicemail but neither were acknowledged so it left me a little worried. But Anthony picked me up no problem & I paid the extra day. Very courteous otherwise.
Todd Allen
1 2 3 4 5
The pick up was HORRIFIC! Waited over 45 minutes (from the time 2 birds contacted us) at 10pm to get picked up. POOR communication. It was 30 degrees outside. Driver side we didn't text "arrived" to him...which we did and showed him our phone that showed at we did. Drop off was just fine, but the pick up very much overrides the total experience. Sorry, but it's the truth. I also texted the driver from my cell phone...and still have had no response (18 hours later). I almost called an Uber to take us to our car!
Dallin Tonks
1 2 3 4 5
We had no trouble getting to the airport. I was able to drop off my car and get back to the airport quickly to help my family get on with our trip. On the arrival back to the airport there was an minor issue where we had to text and call a few times to get a response, eventually it all worked out and we made it home safe with our two children after a late night flight. Anthony the owner/driver was courteous, professional, personable and easy to work with.
Dawn Antonacci-Fulk
1 2 3 4 5
A snow storm occurred while we was on vacation. Our car was cleaned off and the driver waited for us to make sure our car started and we were good to go.

Very professional and accommodating. The driver opened our doors and our luggage was loaded for us. It was very easy to schedule the drop off and pick up once we arrived back home. Our experience was nothing but awesome!!!!

Someone called this company ghetto. I certainly wouldn’t associate “ghetto” with this company. Maybe she needs to learn the definition of the word.

Will be using again!!!!!
Elson Yoder
1 2 3 4 5
Very professional and polite. The driver opened our doors and our luggage was loaded for us. It was very easy to schedule the pick up once we arrived back home. Quick response time. Our experience matched the great value!
Bernadette Humphrey
1 2 3 4 5
This company is the ghettoes , and unprofessional company I have seen in a longtime. Warning!! Don’t booked this company you will regrets it in the end!! It’s not a Transportion center just an empty parking lot. They need too be out of business!!! The WORSE EVER!!! I can’t rate them nothing but zero!! They’re earn it!!
Yolanda Cotton
1 2 3 4 5
Their website states they run 10 minutes and 40 minutes on the hour. I arrived early and had to call the driver because he originally did not respond to my text. When I arrived back from my trip I texted their number per their request. 32 minutes went by with no response. I then texted them again 10 minutes later with no response. I then called just for them to ignore my call, so I called two more times and then they finally responded to my text to tell me where to meet them. Very unprofessional and I will NEVER use this service again. On top of that when the driver arrived he didn’t even apologize for the unprofessionalism. I will pay $100 for parking before I ever use this service.
Amy Glines
1 2 3 4 5
This was by far the best parking and shuttle experience I can recall ever having. Plenty of spots, immediate ride to the airport, personalized pick-up. The driver was waiting at the door I was directed to before I even walked out. Handled my luggage, opened my door, put steps by the van to make it easier to get in. Don't go anywhere else!