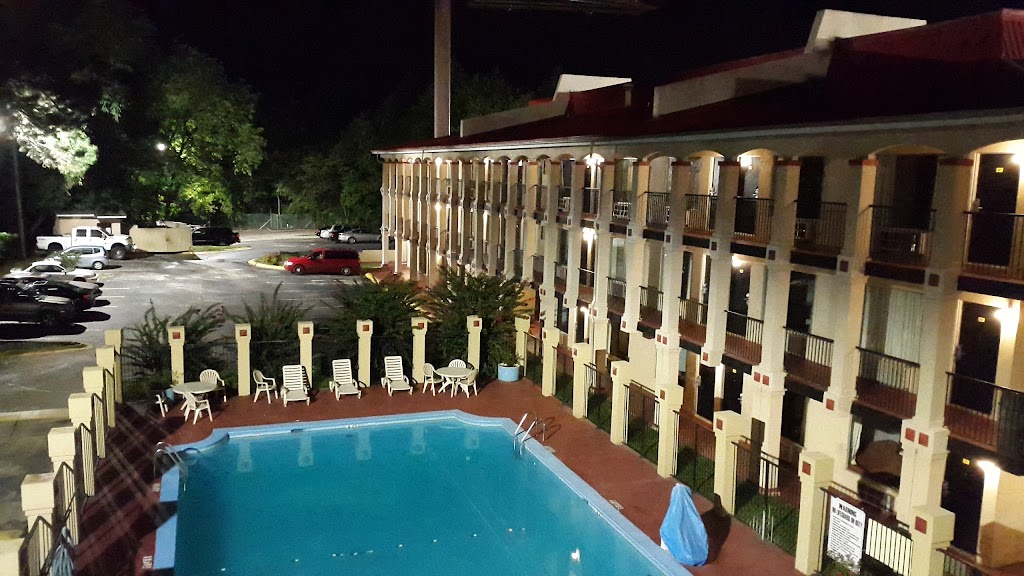 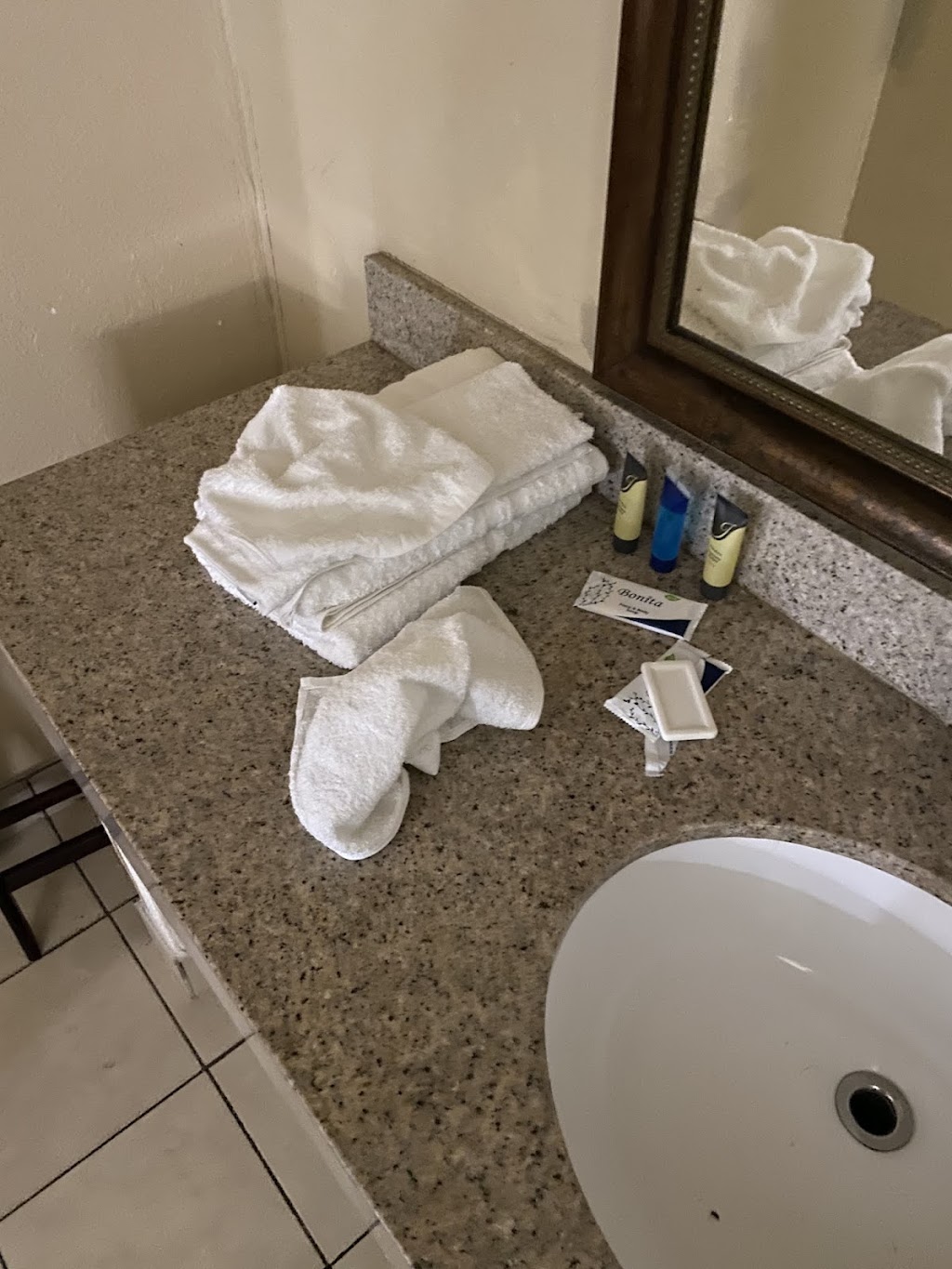 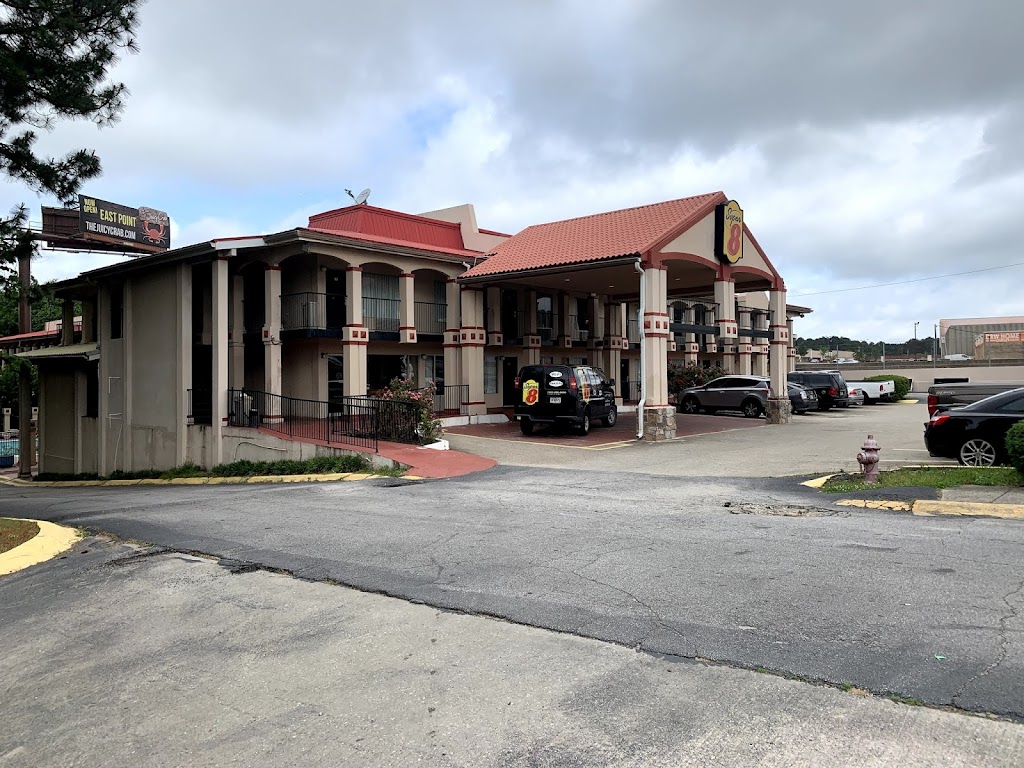 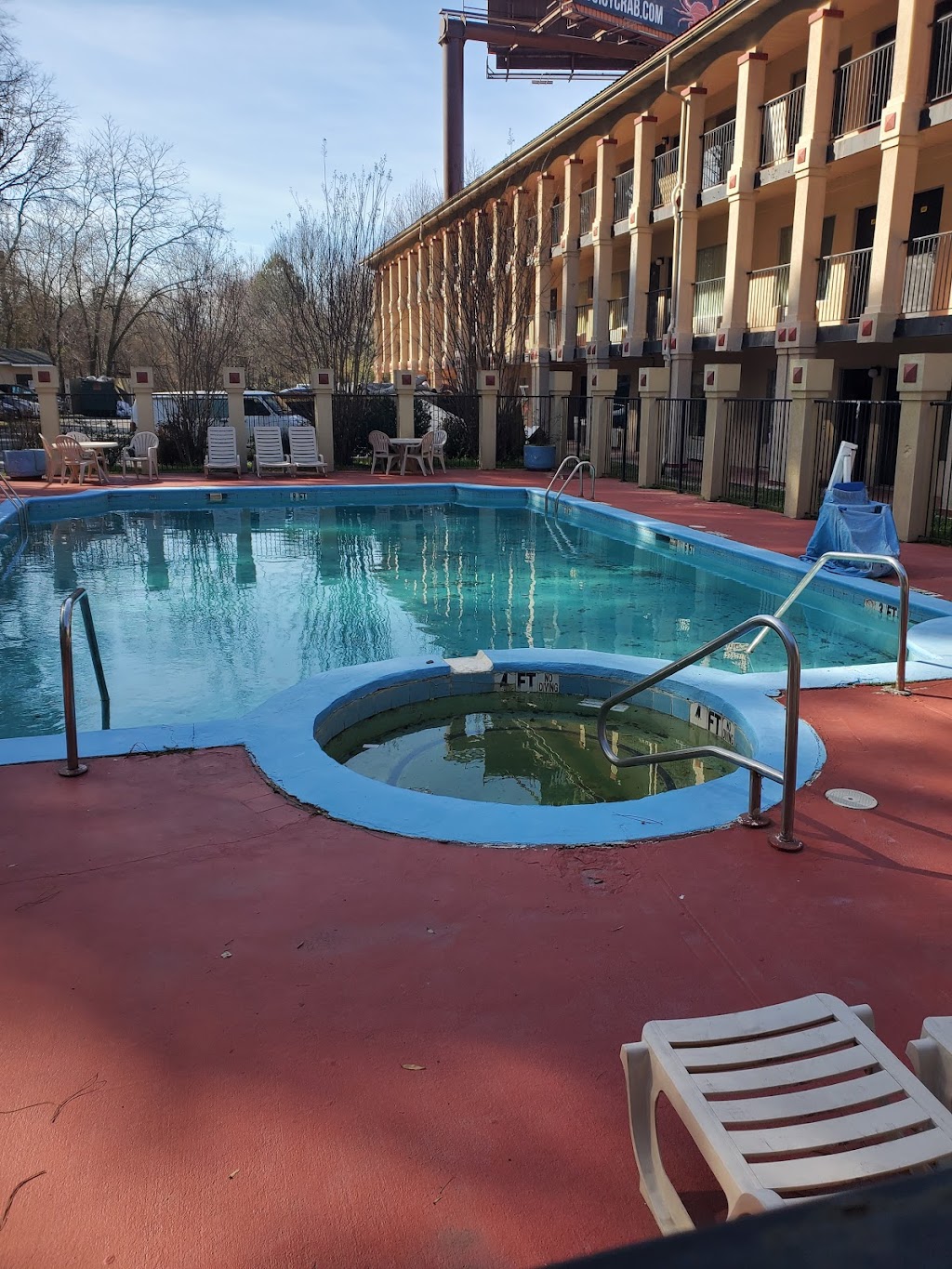 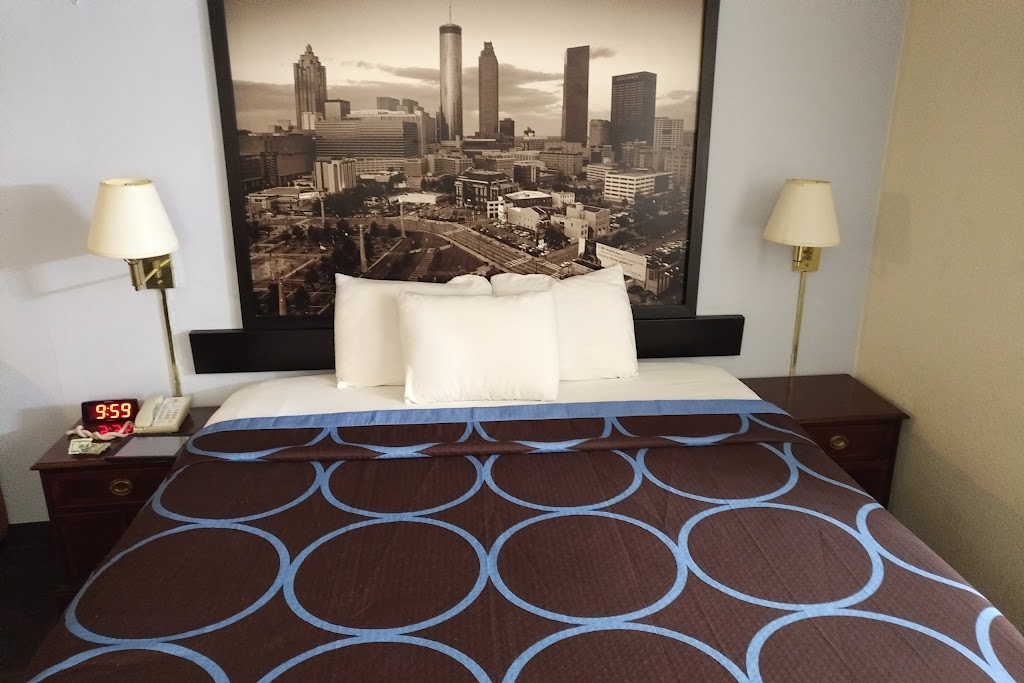 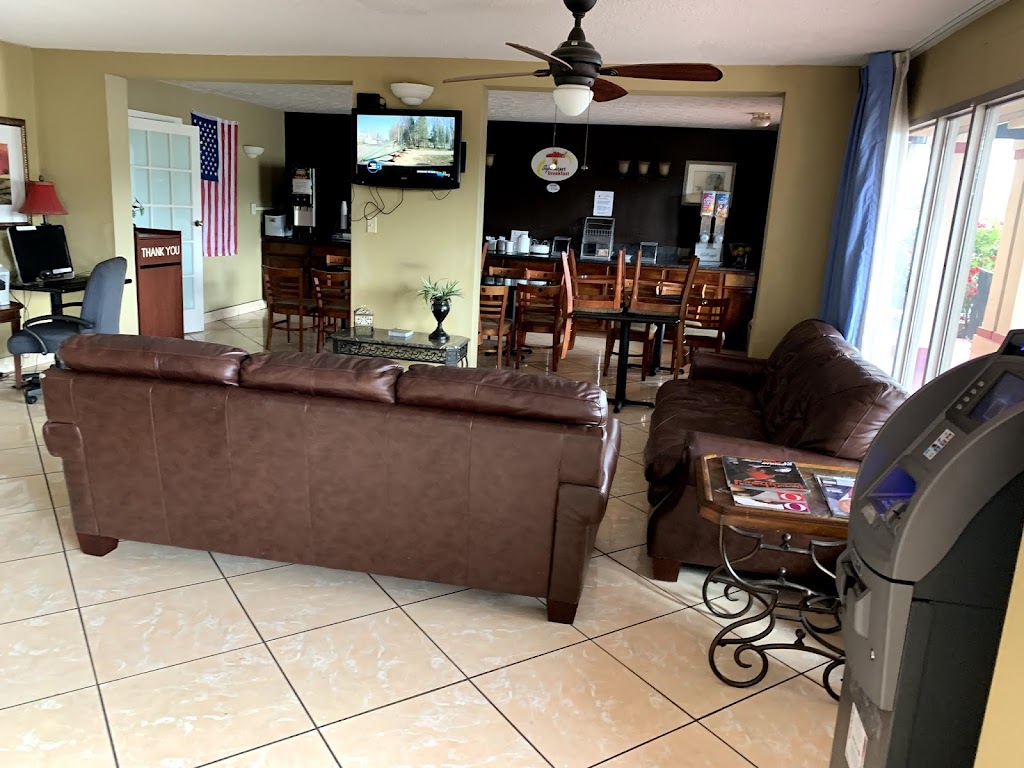 Do you have any early morning flight and looking for an airport hotel with free parking? Check out these Atlanta Park Sleep Fly Hotel packages.

Flying out of ATL on a big trip? Can't find a ride and have to drive yourself? Let us help you with one thing! Finding a parking spot at a decent price. Check out the Super 8 low rates and great service by searching above.

View All
2.4
Poor
1 2 3 4 5
(Based on 916 reviews)
Brittany Williams
1 2 3 4 5
Dirty everywhere. Towels dirty nothing really usable. No television remote. Way too expensive for what it looks like. Roaches as company as well. They don't answer the phone. Keeps the door lock to access office. Unprofessional.
Rogue Arts
1 2 3 4 5
I haven’t even gotten there yet, but I see why they have such terrible reviews. Been trying to call for an hour to let them know we will be a late check in and they do not answer the phone? What kind of business is that? Definitely won’t reserve here again.
Brittney Williams
1 2 3 4 5
ITS AWFUL!!!! if i could give it no star i would. I literally walked in the room and walked right out. The room

smelled liked axe, bugs in the room, blunt wrapper and guts, one functioning light in the room all the bulbs were missing, a ton of cigarette burns in the cover, mattress is filthy, the bed was on cinder blocks, the bathroom was disgusting, holes in the wall, chipped paint i could keep going. YOU PROBABLY WILL GET A DISEASE IF YOU STAY.
Bradley Hash
1 2 3 4 5
DO NOT BOOK BOTTOM OF THE BARREL DISGUSTING. 24 years old and wouldn’t recommend this place to anyone of any age. We Booked for a flight out of ATL. We Showed up and my room was booked out so they tried to give me a different one. Room they gave me didn’t exist so they gave me another. Told me to check it out and come back. Smelled like smoke, holes in the wall, graffiti also and no toilet paper. Came back and told me I couldn’t get a refund cause i signed but I didn’t sign anything. 15 people outside the room barbecuing at 11 pm. Seemed like a crack hotel. Couldn’t get a refund. AGAIN DO NOT BOOK THIS
Phyllis Goff
1 2 3 4 5
Actually, this place deserves 0 stars. It is the worst facility I've ever seen. We made the reservation because it was close to the ATL airport. It was more than rundown, nasty, full of sketchy people standing around aimlessly. Our room was occupied when we got there. Thank God!!! We canceled and went to a Hilton
hannah Ostema
1 2 3 4 5
I would absolutely not suggest staying at this hotel. My boyfriend checked in at the hotel and not even 10 minutes later he video called me to show me the pictures. Holes in the walls, looks like the shower was never cleaned, and there was mold and mildew on the ceiling. Not to mention when I called the front desk to ask about the refund process because I booked the room through Priceline the lady behind the front desk was rude. I've worked as a housekeeper and have plenty of customer service experience and I would absolutely never recommend this hotel.
Pacific Dawn
1 2 3 4 5
There were homeless people wandering around. I didn’t feel safe at all. Don’t stay here. They won’t give you any refund. The lady at the front desk gave me a phone number that does not even exist to get my refund. Also, I was told to use hotels.com to get my refund back even though I did not use this website to make a reservation. I should have listened to ppl doing the reviews.
Acerita
1 2 3 4 5
The staff was friendly. AC works very well.

Don’t waste your money here
Sarah Muzio
1 2 3 4 5
Worst hotel I have ever stayed. Room smelled bad, only 1 pillow for 2 beds. Hasnt been cleaned. Only 1 towel and half roll of toilet paper. We asked for a clean room. Manager said all full however I saw at least 4 other rooms that were avaiable amd looked cleaner then ours. At least the toilet was clean. Breakfast was stale bread and cereal. Breakfast room dirty.
daquis terrell
1 2 3 4 5
Bed bugs and they try to say they dont have them but you see the on the matress they refunded our money but i will never go to another super 8. I think they all have bed bugs

Also seen that cars were getting their windows smashed out at this location's parking lot ...theft is brutal. No Good Security here.
Melissa Heerdt
1 2 3 4 5
We made a reservation around noon. Asked to be sure if semi truck and trailer could park there. Attendant left notes under our reservation confirming we could park there. We got there about midnight. Come to find out the area has some ordinance that semi's are not allowed. That would have been nice to know 12 hours earlier. We have no way of knowing all the ordinances in the whole country, that's why we called ahead. Trying to get a semi truck and trailer out of a full parking lot and find another hotel that accepts semi's and had a room available caused us a lot of unneeded stress and waste of fuel. Shame on your consumer service giving wrong information and lack of caring. Truck drivers beware!