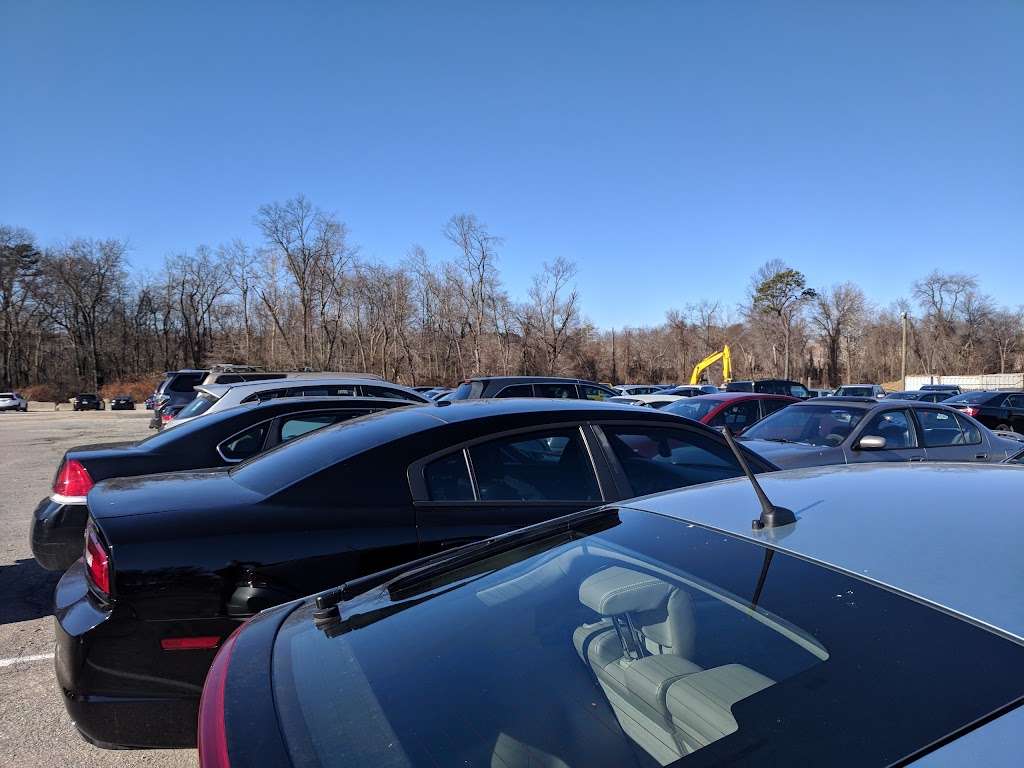 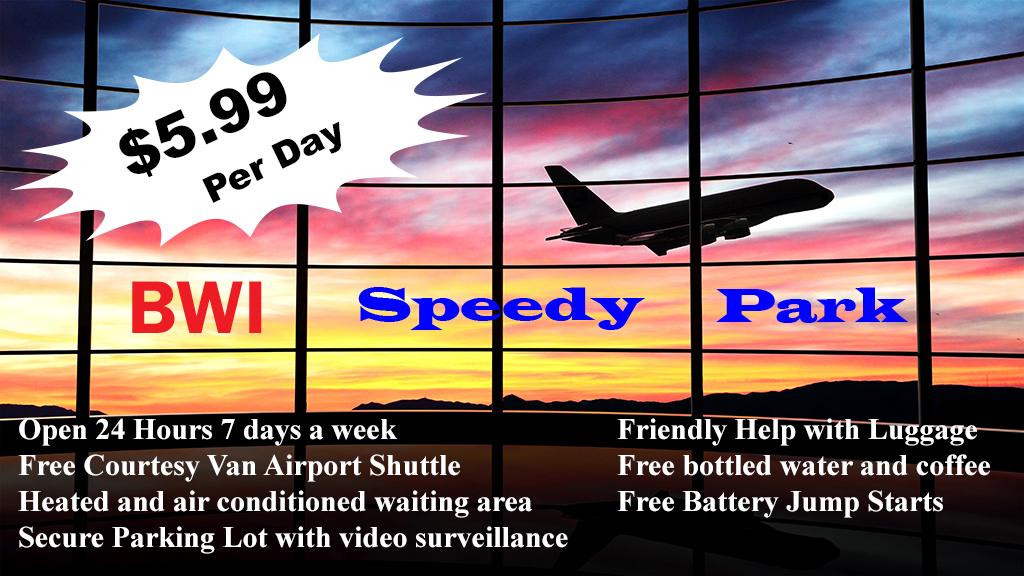 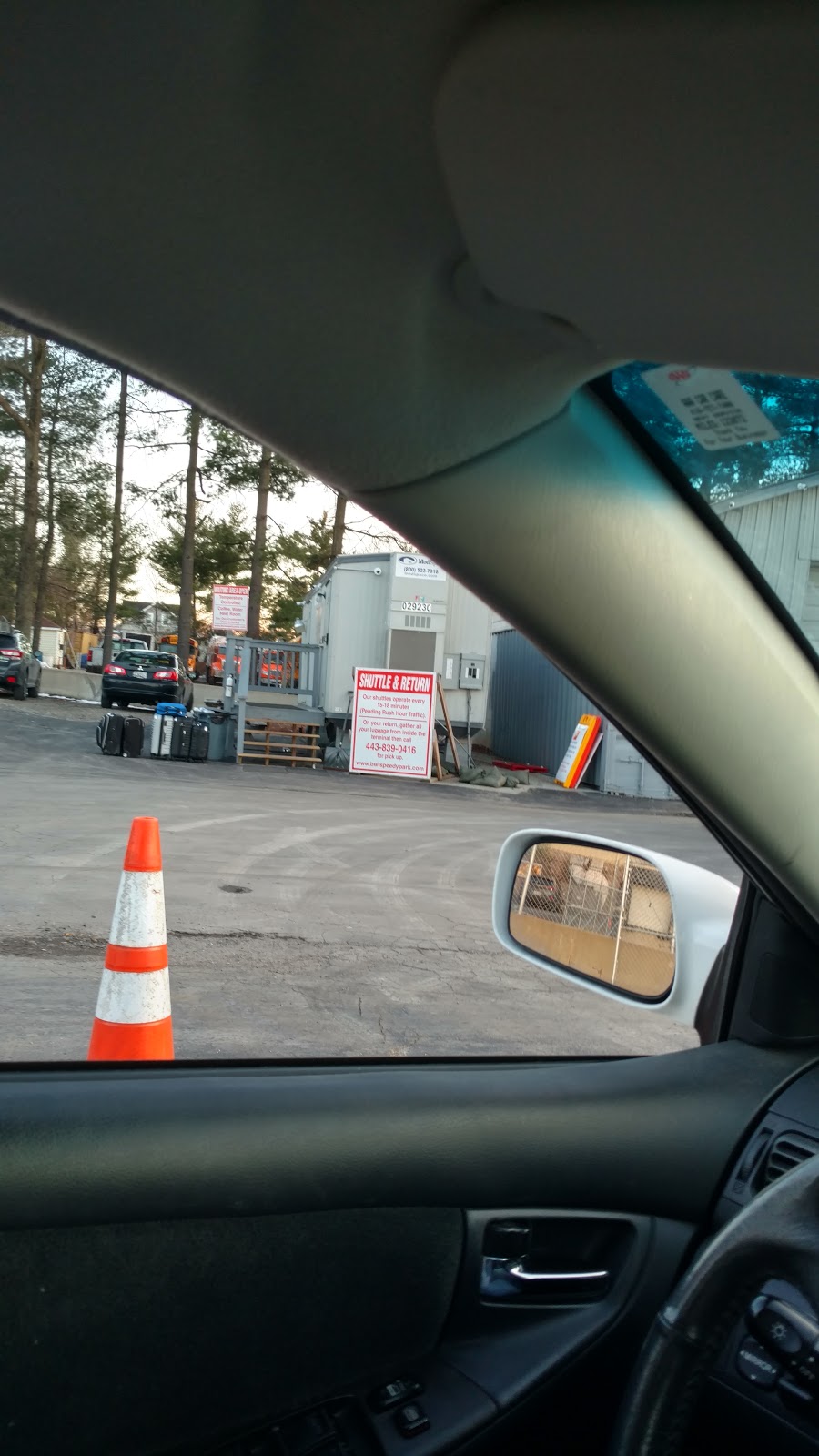 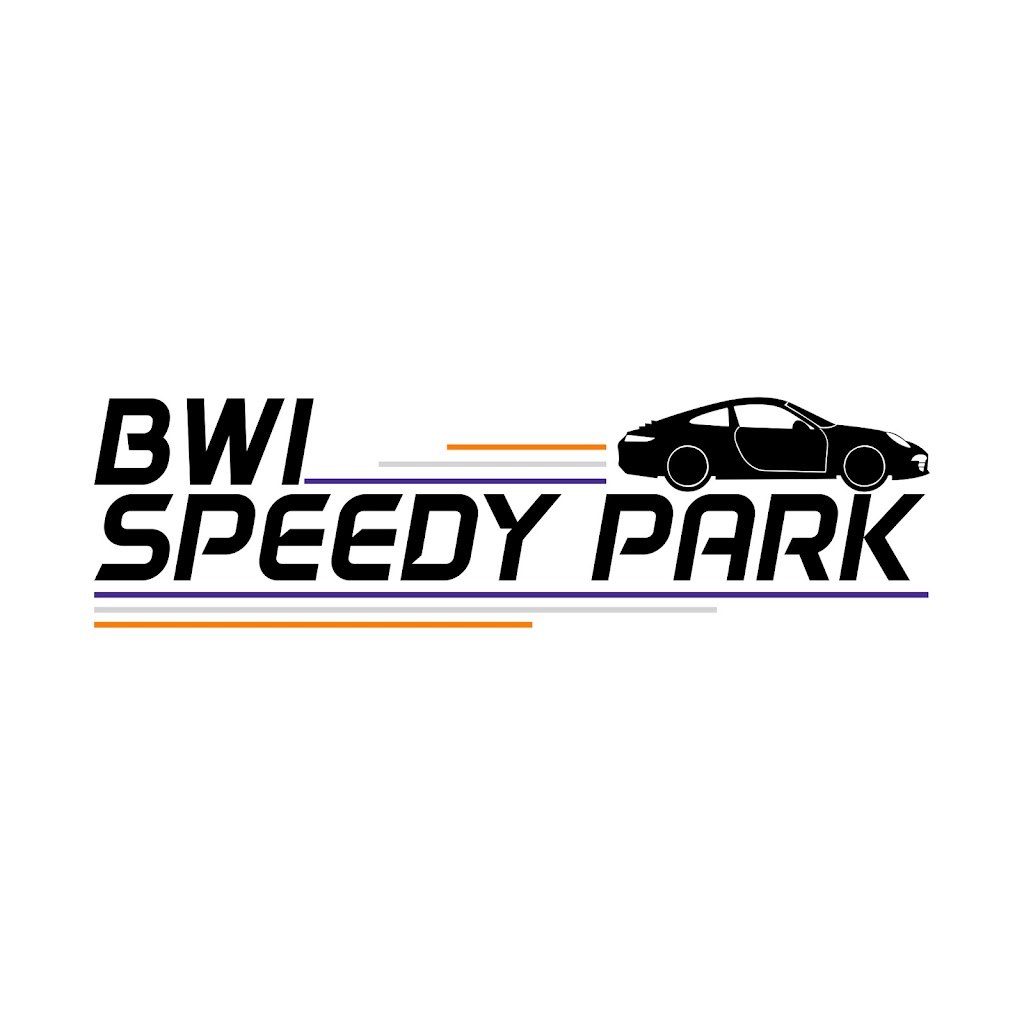 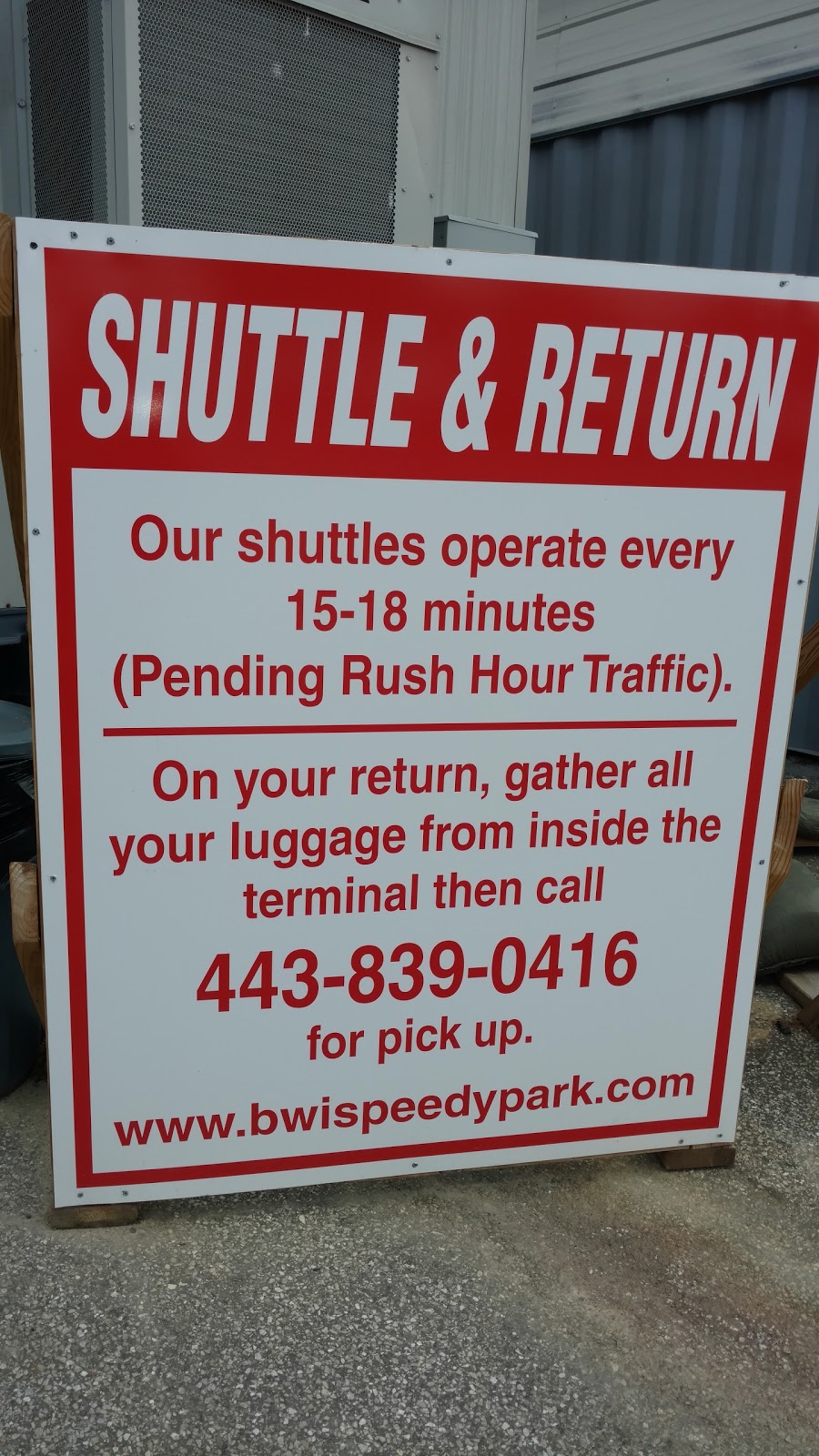 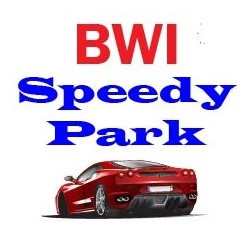 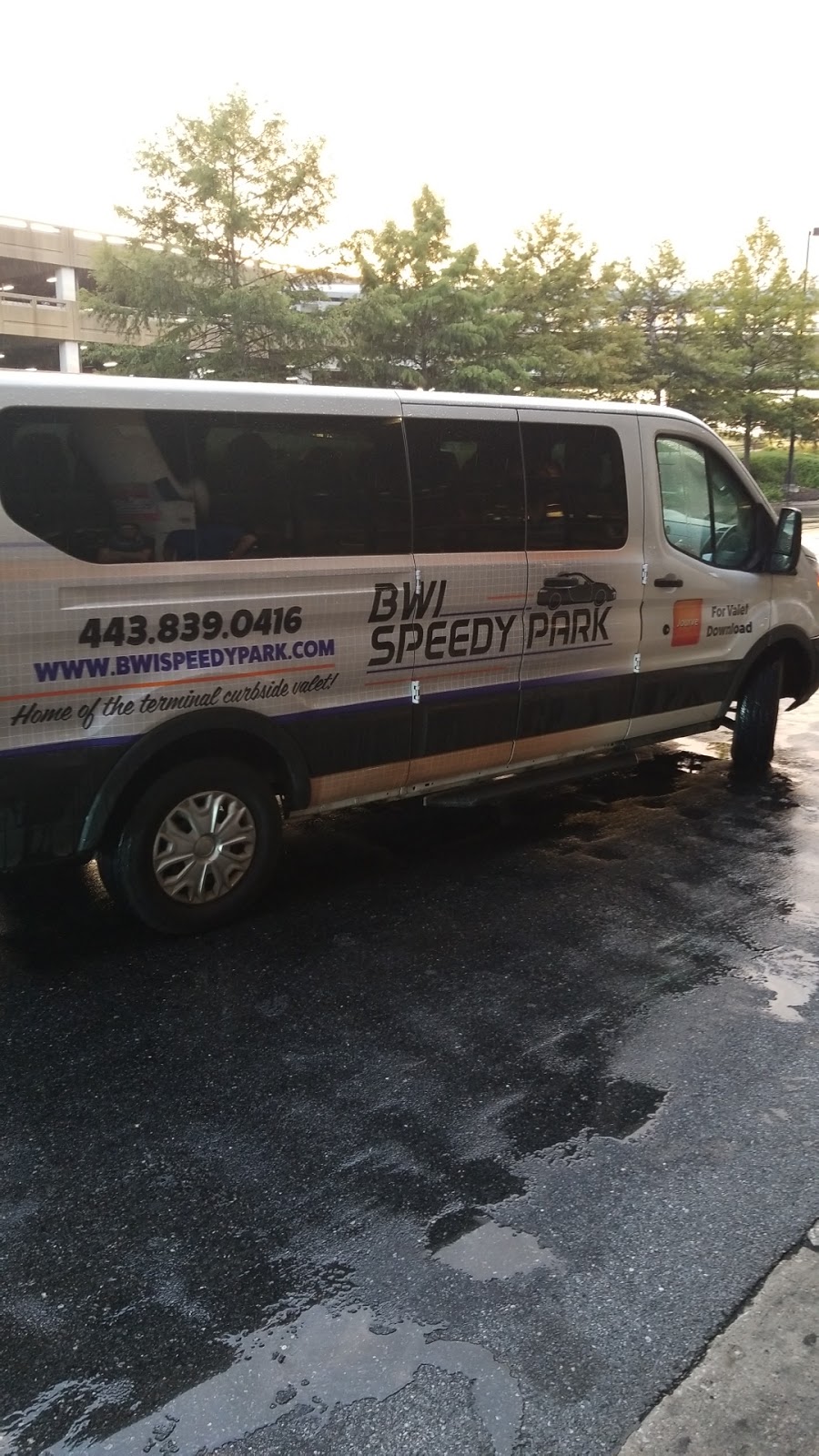 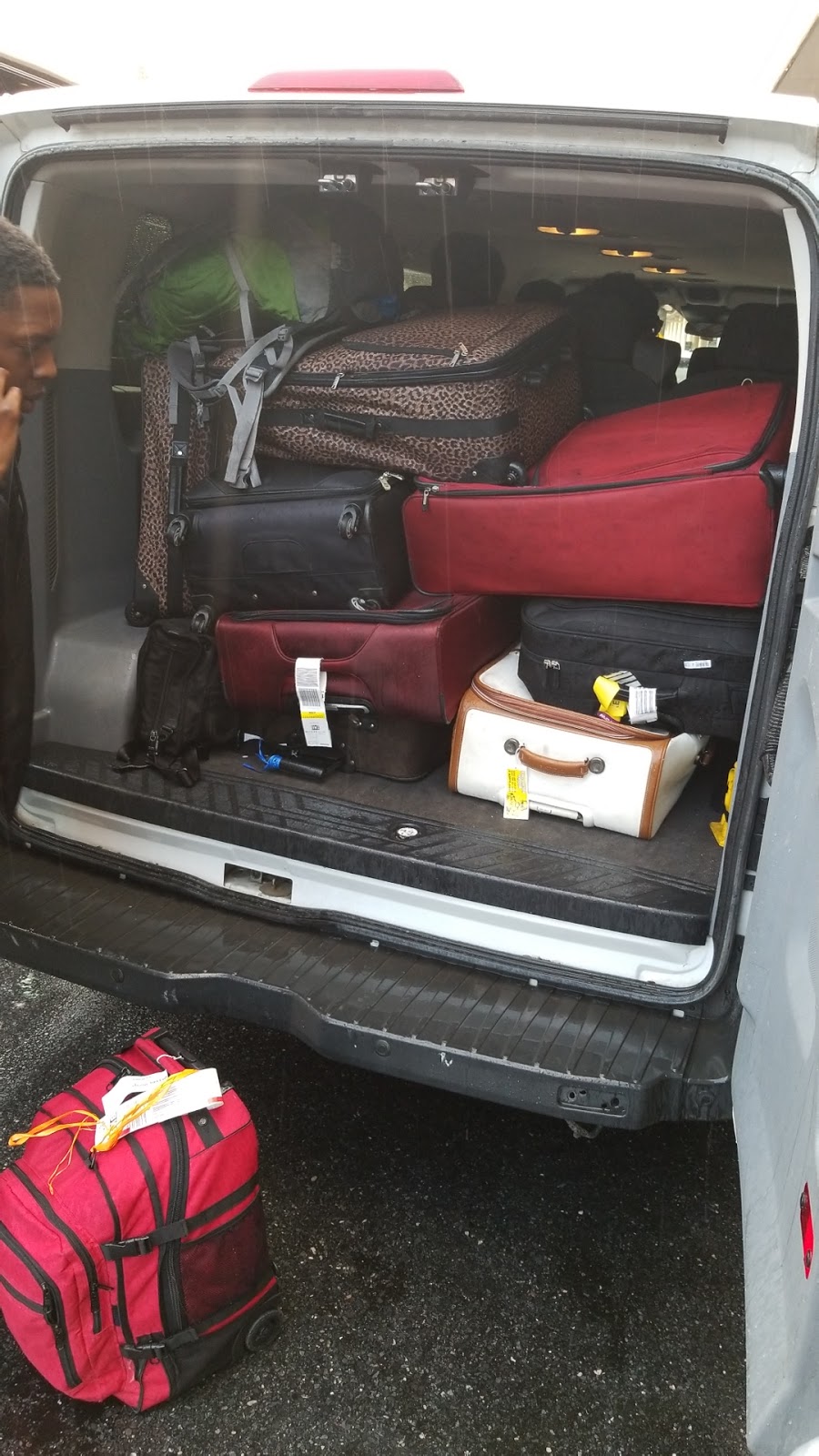 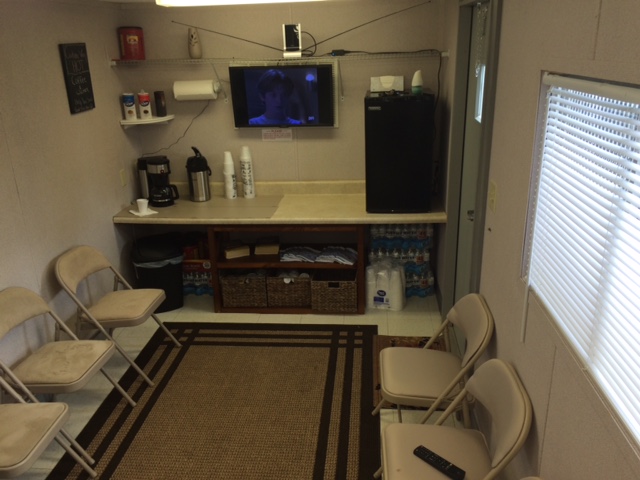 Looking for a place to park at Baltimore/Washington International Airport?  BWI Speedy Park, located at 7454 Shipley Avenue, Harmans, MD 21077 is a reliable and convenient parking facility that offers reserved parking at BWI Airport.  BWI Speedy Park is a safe parking location given that it is well lit, gated and monitored 24/7.

How much does it cost to park at BWI Speedy Park a day? The daily rate for Speedy Park is $5.99 a day.

How much does it cost to park at BWI Speedy Park for a week?  Weekly Uncovered Parking will cost roughly $41.93 including taxes & fees.

The best way to get a discount for parking at BWI Speedy Park is through Groupon or other Coupon site such as Retailmenot or parkingaccess.com. There are no discounts available at this time, please check back in the near future.

BWI International Airport has 5 great parking options. The first being Hourly Garage Parking, the rates are $4 per hour and $22 per day. This parking option is the closest to the terminal which will allow you to arrive at the terminal efficiently.

Daily Garage Parking: this is $12 per day, and will cover you with 8,400 parking spaces and shuttles which often come to the garage and takes you to the terminal.

Express Parking: The rate is $10 per day, and will provide you trunk to terminal shuttles that will pick you up and drop you off at your parking space.

Long Term Parking A: $8 per day and will provide you will 10,000 parking spots that have shelter stops and frequent shuttles arriving into the garage.

Do you have any early morning flight and looking for an airport hotel with free parking? Check out these Baltimore/Washington Park Sleep Fly Hotel packages.

Are you searching for a BWI Parking Coupon? Click the aforementioned link and find great discounts and deals for parking at BWI.

View All
3.6
Good
1 2 3 4 5
(Based on 276 reviews)
Cindy Hill
1 2 3 4 5
I wish I could give them zero stars!! Unmanned shady parking lot. No phone number posted. After waiting for over 30 minutes for the shuttle, I found a phone number that went to a VM saying their business hours were from 9a-5p. It was 7:30a and the website said 24 hour shuttle service. I booked through a 3rd party website that I was on hold with for 20 minutes as I drove around looking for a real parking lot but then I was dumped into a VM box. I left a message but of course no one called me back. I emailed the company after I landed because I almost missed my flight but they said since it was past the time I was “using” their services, I can’t get a refund. DO NOT use BWI Speedy Park!!!!! Go to Fast Park 2 instead!
Jennifer Kennedy
1 2 3 4 5
This is a great place to park! I only looked on here because I was referring them to my son & wanted to send him a link but after seeing some of the crazy reviews on here I had to leave an honest review myself.

I really don't understand the negative reviews - I've used them every single time I've flown out of BWI (about 15 times over the last 5-6 years) and I've never had anything but a great experience parking there! The drivers are always super friendly and very polite, you can't beat the price and it's a short ride in an uncrowded shuttle bus to the airport - what's not to love??

As far as having to wait is concerned I think I only had to wait 5 minutes 1 time for them to return from dropping someone else off at the airport but every other time there was no wait. And of course there's going to be a wait when you return because they don't live at the airport and they only have one shuttle bus but it's only a 5-10 minute wait after you call them for them to drive there to get you - that's not unreasonable at all!!

Believe me they are way better than using the airport's long term parking shuttle bus! I made that mistake the 1st time I flew out of bwi and I almost missed my flight because of it! It was a long walk dragging all my luggage by myself to where the shuttle bus picked me up, then it stopped a million times to pick up everyone else in that huge parking lot so it took over an hour in a very crowded bus to get to the airport so I had to run all the way to security and then again to my gate so I wouldn't miss my flight - as a 50 year old female not in the best shape anymore it was the worst experience ever & a terrible start to my vacation! I swore I would never make that mistake again and did some research before my next flight and found speedy park and never looked back!

I honestly can't say one bad thing about them and I never had anything stolen out of my car at all - that's crazy!! Trust me I would not send my son there nor would I have referred them to a lot of my friends over the years if that was the case! It's a great family owned business and a safe reliable stress-free affordable place to park your car while you're on vacation - period. 🙂
matt smith
1 2 3 4 5
This was 2 years ago. Maybe they're better now. We waited for almost an hour for our ride. When the bus was leaving the driver turned too sharply and shattered a window.
HEATHER SCANLON
1 2 3 4 5
There is never issue catching a shuttle. And they have great rates!!!
HEATHER SCANLON
1 2 3 4 5
Nice guys. And they have other services they will do while you are gone. Detailing, oil change, tires, you name it!!!! There is never issue catching a shuttle. They are 24/7. And they have great rates!!!
Samantha .
1 2 3 4 5
They fact that they put speedy anywhere in their company name is false advertisement. Myself and 4 other people waited about 40 minutes just to leave the lot. Parking was extremely limited due to the excessive number of vans parked at the lot. Although the site requested to be at the lot 2 hours before your flight the fact that they seem to constantly under staffed negates any reason to be early. I would strongly suggest against using this lot. Pay the extra few cents. I wish I would have!
E Allen
1 2 3 4 5
We've used this service several times and always had good experiences. This time the service was exceptional. Customer service and efficiency were excellent. Krystal did a great job!
Mike Ebersole
1 2 3 4 5
Worst ever over 1 hr wait had to take taxi. Called 6 times they told me 15 minutes. Promised me a refund. Now they offered me a coupon. What a joke. Better off paying a little extra. Never again
Coolperson 342
1 2 3 4 5
Speedy Park at BWI is anything but... First when we arrived at the lot it looked labandoned tons of cars no one to be found. I called the number and 10 minutes later a very nice driver picked us up. I had to leave my car keys because there were not any spaces. Upon return we got our bags at BWI and I called the number. No one answered and you can’t leave a message. I called 8 times over a 10 minute period of time. Finally driver (again very friendly) answered and told me it would be 20 minutes. (They advertise they are 5 minutes from the airport) We were picked up taken to our car and then had to wait for the driver to drop off other passengers and then go retrieve my keys. From the time I got my bags and placed my first call it took 45 min. They don’t employ enough drivers. (drivers are friendly and do a good job). Plus not having a dispatch or customer service to call is always a bit unnerving.
Phillip Mefford
1 2 3 4 5
Upon my return to Baltimore I called and the first time no one answered. I was unable to leave a message because the recording stated that the voicemail was full. I called back a minute later and a gentleman answered and told me to go outside door 10 and he would be there in 15 minutes.

She did arrive about 25 minutes later. She apologized for the delay and kept saying that she just started her shift 20 minutes ago.

After we loaded we stopped and picked up two families traveling together. One of the gentleman stated that they needed to hire more drivers. He had been waiting for 2 hours.