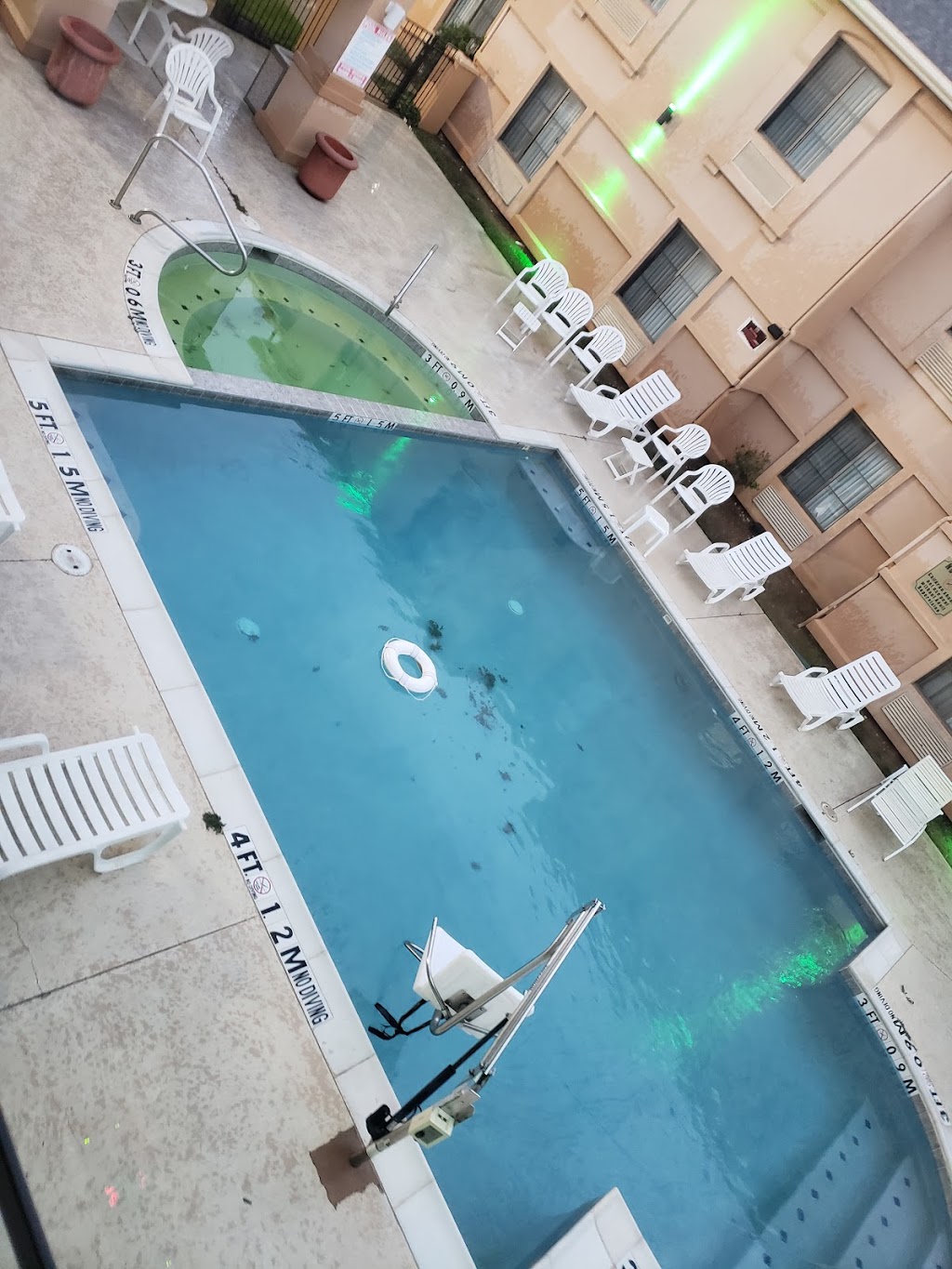 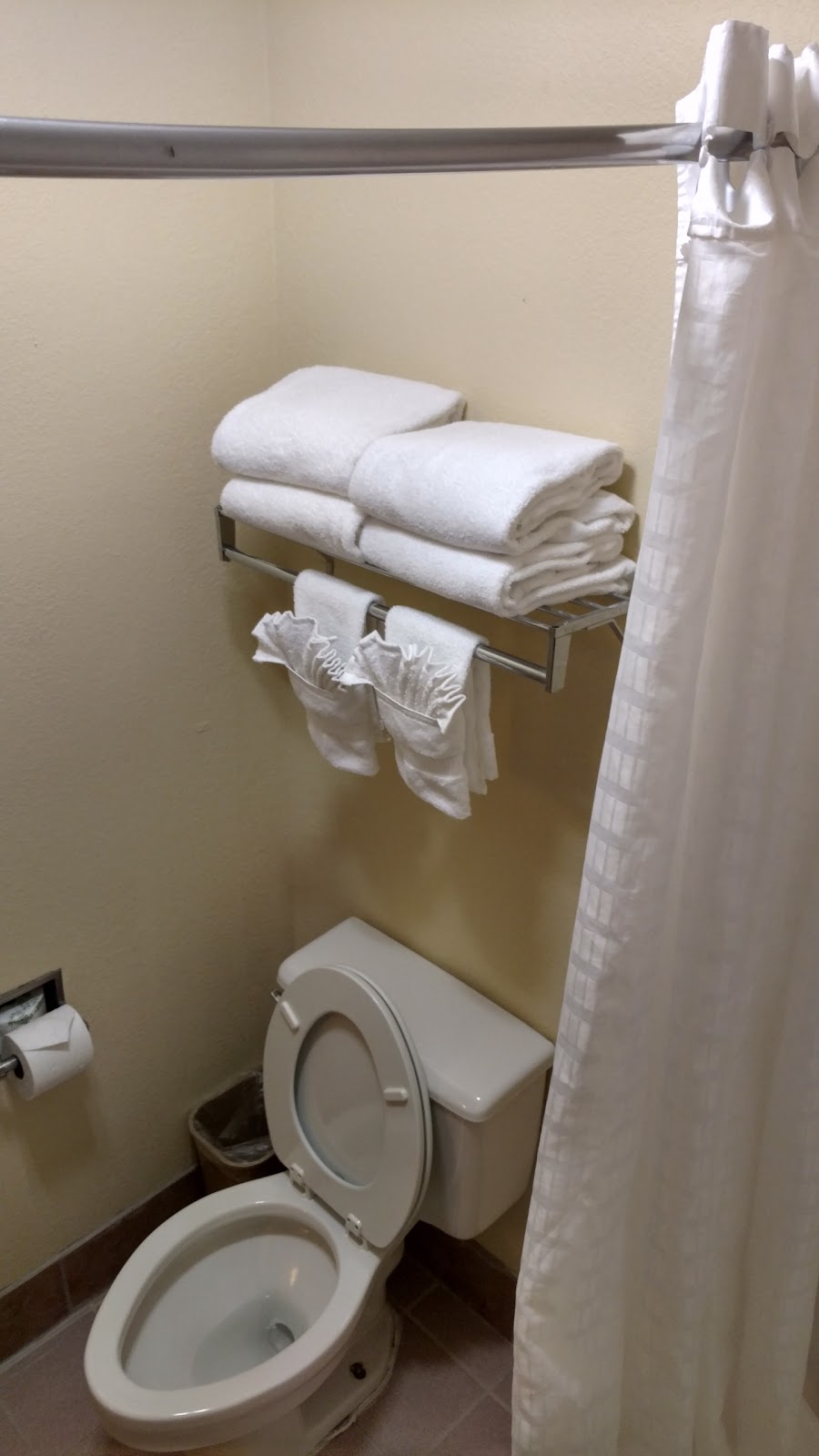 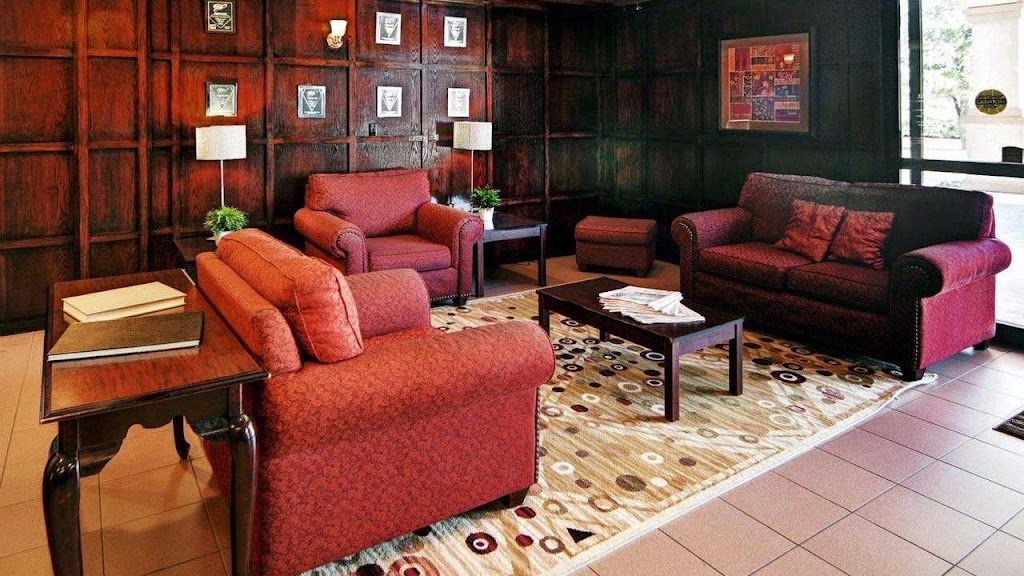 but the bed is comfy so if you only need someplace to sleep, it is great.

they got a shuttle to airport but going to airport stops around 2 p.m.. Pick-up however is extended to evening. Call to ask if you don't know where it stops.

breakfast is simple but okay. Average.
Carolina Sleh
1 2 3 4 5
The hotel was clean and quiet. They offered amazing breakfast and it's at a perfect location near the freeway. The location is also very safe, price was an added bonus.
Steven Guess
1 2 3 4 5
Great one nite stay! They went above and beyond. Nice continental breakfast
PATRICIA BURD
1 2 3 4 5
I park my car there and the hotel's shuttle takes me back and forth to DFW. I find that this is a very good deal. I don't have to drive on the airport's property with a lot of other people who don't know where they're going and the cost is much better than parking at the airport itself.
Rolisa Cain
1 2 3 4 5
I just want to thank Quentin for all he has done for me and my family since we been here. He has been Polite, patient, very professional, has answered all my questions no matter how many times I have ask. He goes above and beyond for his customers and don’t pass any judgement. We need more workers like him. I appreciate it more then you know!
glennon Woods
1 2 3 4 5
Didn’t stay, could be good or bad. I put address in two GPS’s and never found it. Called two phone numbers got reservations. Finally got a person at the hotel. Waste of time, she had no idea where she was. I canceled the My after searching for an hour.
Wyatt
1 2 3 4 5
The hotel was okay, but we thought we were in the right place - closer to my son's college - and asked to switch our reservation to the other hotel. Also a Quality Inn. The manager of the DFW South was completely unreasonable and demanded we pay for the full day if we switched. It was 2pm. We stayed at DFW South and when we checked in, the lobby employee said the manager told him we canceled. Not true.

The hotel was fine but the management? Not so much.

P.S. - We thought we were staying in DFW North since we stayed there before. (Our mistake, obviously.) We wanted to switch from South to North but were unable without paying first night at South. Decided it was cheaper to stay at South. Still, we had to pay for first night if we canceled.
Cheryl Palmer
1 2 3 4 5
Hotel and room was extremely clean. Our beds were comfortable and breakfast was good. I will definitely book here again.
Bibiano Mendoza
1 2 3 4 5
I am not rating about Quality of Hotel but of Management which is very poor. My flight was cancelled due to Delta Airlines (not much of a factor) but i called that day to request a refund. I was already convinced that I wouldn't receive a refund since cancellation policy would take into place but I thought I give it a try. I called that night, and was told to call back in the morning for the manager which is understandable. Morning came, was then told called in the afternoon. Afternoon came was then told to leave email. Never received a response or even told that I cant receive refund until today, a week later. I asked to then speak to the manager and they hung up on me.... Thanks for the false hope and service to your customers. Here's your $70.00 to the MIA Manager who I never spoke with or given the name of. . I will definitely not book here again!
S Miles
1 2 3 4 5
Found a bed bug on my bed in room 203. I promptly packed up and left. I got a refund for the nights stay. I was in my room for about an hour when I found the bug.
Mitch Rogers
1 2 3 4 5
Nice place to stay staff is friendly. The airport shuttles were prompt. Room was large and clean. Served a hot breakfast. I didn't have time to use the pool or jacuzzi. But looked inviting
Adrianne Bohling
1 2 3 4 5
Helpful staff! Clean rooms. Breakfast was good! Easy shuttles. Best hotel you can get for the cheap price you pay!
David Koehler
1 2 3 4 5
We were stuck in DFW at midnight due to storms and had trouble finding a place. The Quality Inn had room, was reasonably priced, and had a shuttle in the morning (we were too late to get one when we arrived). Breakfast was more than adequate.

Special thanks to Quentin, who checked us in after midnight and checked us out in the morning. Despite how crazy it was in Dallas that night, he kept a very soothing demeanor. He deserves a raise!

Quality Inn and Suites DFW Airport South is unavailable to book on our website. Search for other parking options available at DFW.

Quality Inn and Suites DFW Airport South is unavailable to book on our website. Search for other parking options available at DFW.