Self Covered, Self Uncovered 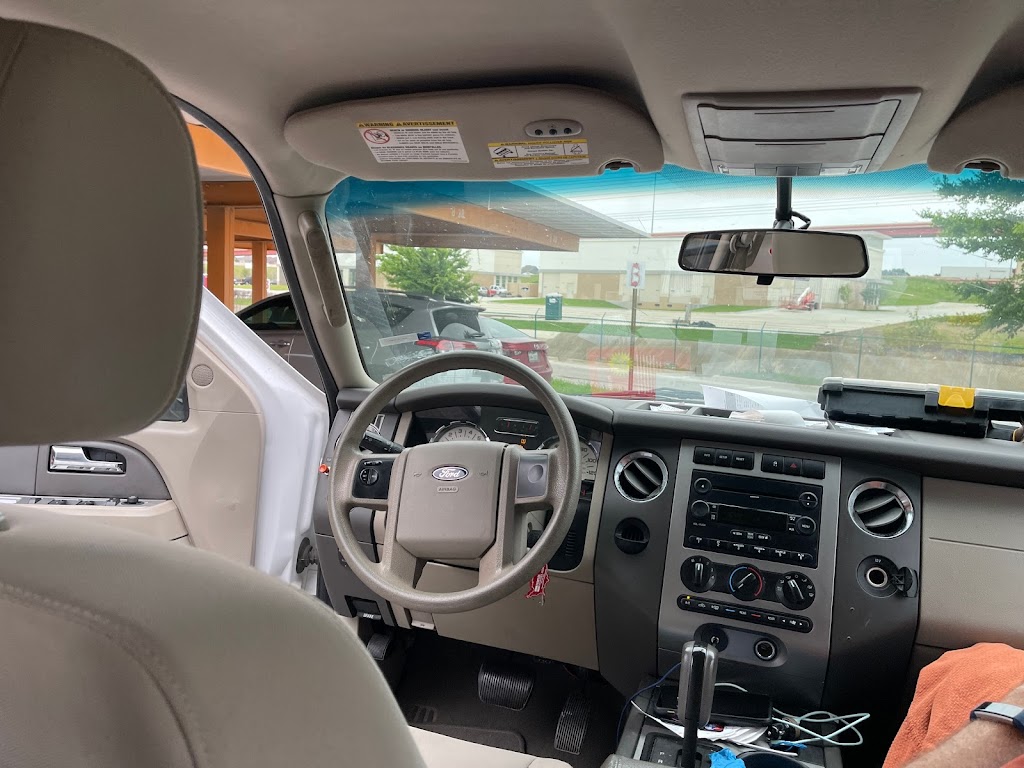 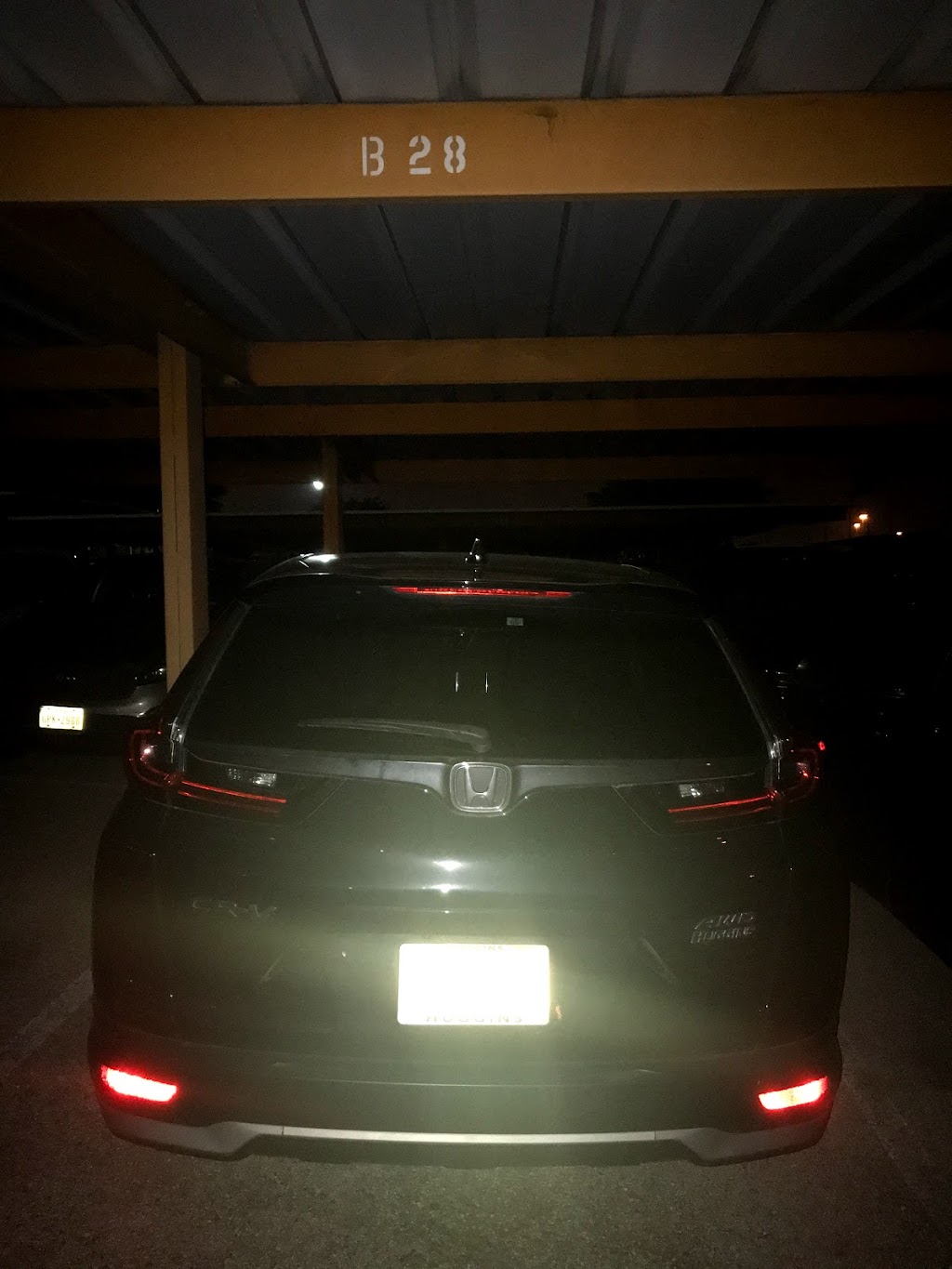 Looking for a place to park at Dallas/Fort Worth International Airport? All Covered Parking DFW located at, 2450 Valley View Lane, Irving, Texas, US 75062 is reliable and convenient parking facility that offers reserved parking at DFW Airport. All Covered Parking is a safe parking location given that it is well lit, gated and monitored 24/7.

**How far is All Covered Parking from Dallas/Fort Worth International Airport? ** The parking facility is only 3.4 miles from DFW Airport.

**How much does it cost to park at All Covered Parking DFW for a week? **The weekly uncovered self parking rate will be $52.43. This rate also does not include any taxes or fees.

Reviews on All Covered Parking DFW

About Dallas/Fort Worth International Airport

Dallas/Fort Worth International Airport has 4 great parking options. The first being the terminal parking area.

Express Parking- This parking option offers covered and uncovered parking near the North and South entry/exits of the Airport. This also includes direct shuttle service to the airport. Rates-

Valet Parking- Offers pickup and drop off at any terminal

Rates- There is no additional cost to wait for a shuttle. Do you have any early morning flight and looking for an airport hotel with free parking? Check out these

View All
1.7
Poor
1 2 3 4 5
(Based on 27 reviews)
Landon Sharman
1 2 3 4 5
This place is terrible. It added so much stress to traveling which is already stressful enough. We arrived and called the phone number as instructed in order to have the shuttle pick us up. We called 6 or 8 times and left a voicemail. No one ever responded. The shuttle didn't show up either.

In order to ensure we would not be late for our international flight, we eventually left and drove south across 183. There is another parking business there and they immediately picked us up.
Samuel Murphy
1 2 3 4 5
Do not recommend at all. We waited at the airport for over an hour and called the number provided multiple times. We finally took an Uber to our cars and found the shuttle driver passed out in the car taking a nap. We called the next morning and spoke to someone about what happened but did not seem like they cared.
Moe Wood
1 2 3 4 5
Do NOT park here. READ the bad reviews as they are accurate. You may save a couple dollars on parking but the shuttle service is horrible. There is no website and you will have a hard time getting someone to answer the phone to pick you up. There was NO A.C on either shuttle i had . The lot itself is older and not well patrolled. Spend the couple extra dollars and park at an established lot!
Laketa Dawkins
1 2 3 4 5
If I could rate a 0 I would have. I called once landing and informed the guy if my location and he stated he was coming. Well the guy never showed up and left me stranded at the airport, I eventually called for an Uber after waiting over an hour. I called the company over 7 times and no one wanted to answer the phone anymore. Unprofessional company
Samantha Hawkins
1 2 3 4 5
This place is SO trashy. There is no shuttle. You’ll be riding in a Ford Explorer packed to the brim with passengers with no masks and holding luggage on your lap. See photo of me from the middle seat in an SUV, not a shuttle. Even if you made a reservation, you will literally have to list all of your personal info in front of at least 4 strangers. He is literally writing it down with pen and paper. I am very displeased, and obviously, if I did not have a flight to catch, I’d be grabbing my bags and heading to The Parking Spot.
Micheal Simpson
1 2 3 4 5
For those that left good reviews must have been lucky that someone was available ASAP.

Like what most others have said, there is, from what it seems, only one (maybe two) individual(s) that runs this place. We were shuttled in a truck that seats 6 - if there are more people that need to be shuttled to the airport, tough luck.

When you arrive, there is no indication of what to do or where to park, yet a number is taped to the entrance of the building which is the individuals personal number. This is not a shuttle service, but an uber with covered parking. He may pick up sometimes, and other times may not.

We waited 45 mins to get picked up to get to / from the airport.

The price is good, but only if you plan very early in advance for your flight. Otherwise, this is not ideal for a last minute option. Better communication and availability is a must.
Jesse Park
1 2 3 4 5
Quick, easy, and great communication! Highly recommend!
Bryan Lyon
1 2 3 4 5
Awful! Don’t use them! No one was there to take us to the airport. Called the number posted on the door and finally a person showed up in a Ford bronco to take us. (If that doesn’t tell you something). It took forever to get to the airport! Funny thing is we tipped him! THEN on our return, we called at least 10 times. no one would answer the phone to pick us up!! We were stranded at the airport at night. We finally called an UBER to take us to where our car was parked. This business should be shut down! Do not pre pay like we did, they will take your money then you have to find a way to and from the airport.
Wilma Russell
1 2 3 4 5
I would Definitely use them again on next trip. I didn't have to worry about my property on their establishment,came back to my vehicle just as I left it.
Erika Cook
1 2 3 4 5
Dont do it!!!! The parking spot was covered. And safe but the shuttle never showed. We waited 45 minutes with 3 exhausted children. Called the # 15 times and went to the address on the ticket with the taxi driver and it was wrong. Never ******* again!!!!
Fabiola Roman
1 2 3 4 5
This parking spot was amazing!!

Starting from the great price of only $5.99 per day was unheard of for me.

It was easy to find, when we arrived the shuttle was already waiting for us, the guy directed us quickly to where we needed to park. He then went and pick us up all the way to where we had park. It was so convenient for us because we were traveling with kids one of which was 13 months old.

The guy helped us load our bags and made sure we made it to the airport on a timely manner.

On our way back they were expecting us as well we didn’t have to wait long at all.

I felt bad because I had no cash on me and the guy genuine said not to worry about it. And we went on our way hassle free.

I will for sure be using this parking in my future travels.

Price, convenience, hassle free, easy to find, and great customer service. A plus is that it’s covered.
Adriann Melton
1 2 3 4 5
This is the most unprofessional place we waited over an hour to be picked up and never got a ride had to call a Uber
Drew Layton
1 2 3 4 5
Absolutely horrible service. I would give it a 0 if possible. They are never running shuttles and it took me 30 min just to talk to someone on their call service. I've used them twice and will never use them again.
michael hammontree
1 2 3 4 5
A/C in the van doesn’t work. The place is a dump. After my flight when I arrived at dfw to get picked up I had to call 20+ times before someone picked up. 20 minutes after someone picked up I’m still waiting. Spend the extra $2/a day and use parking spot or something with an actual shuttle.