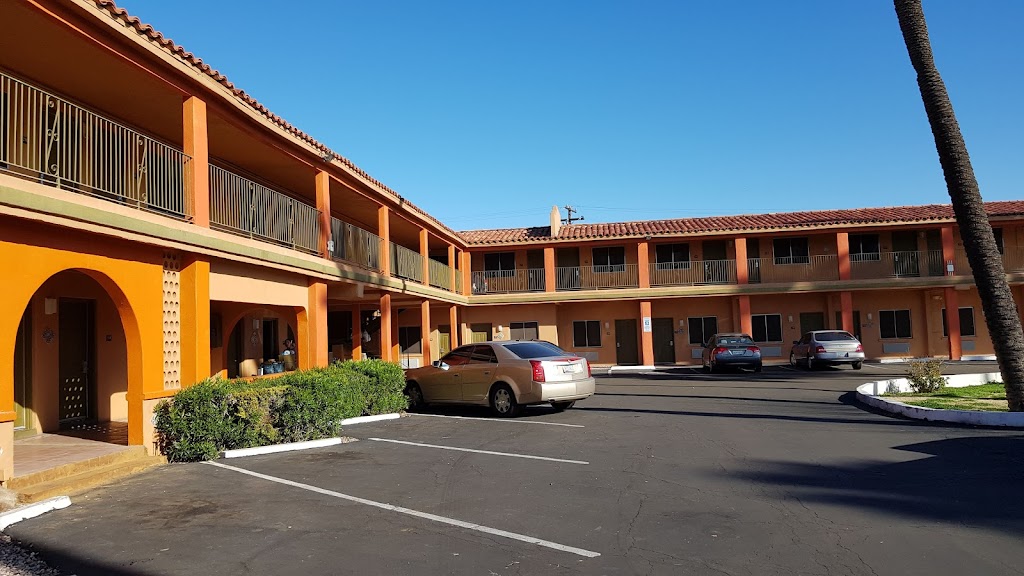 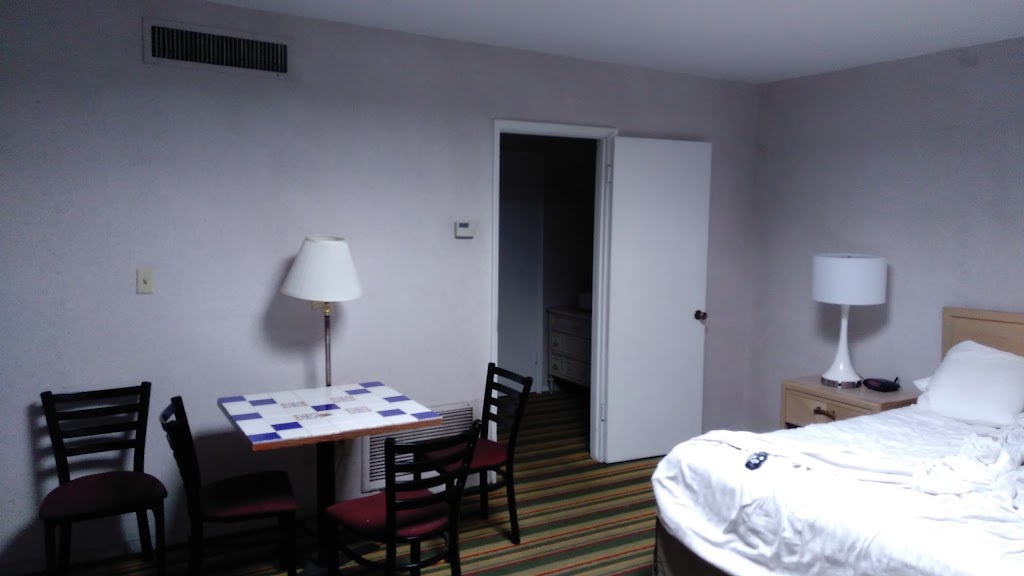 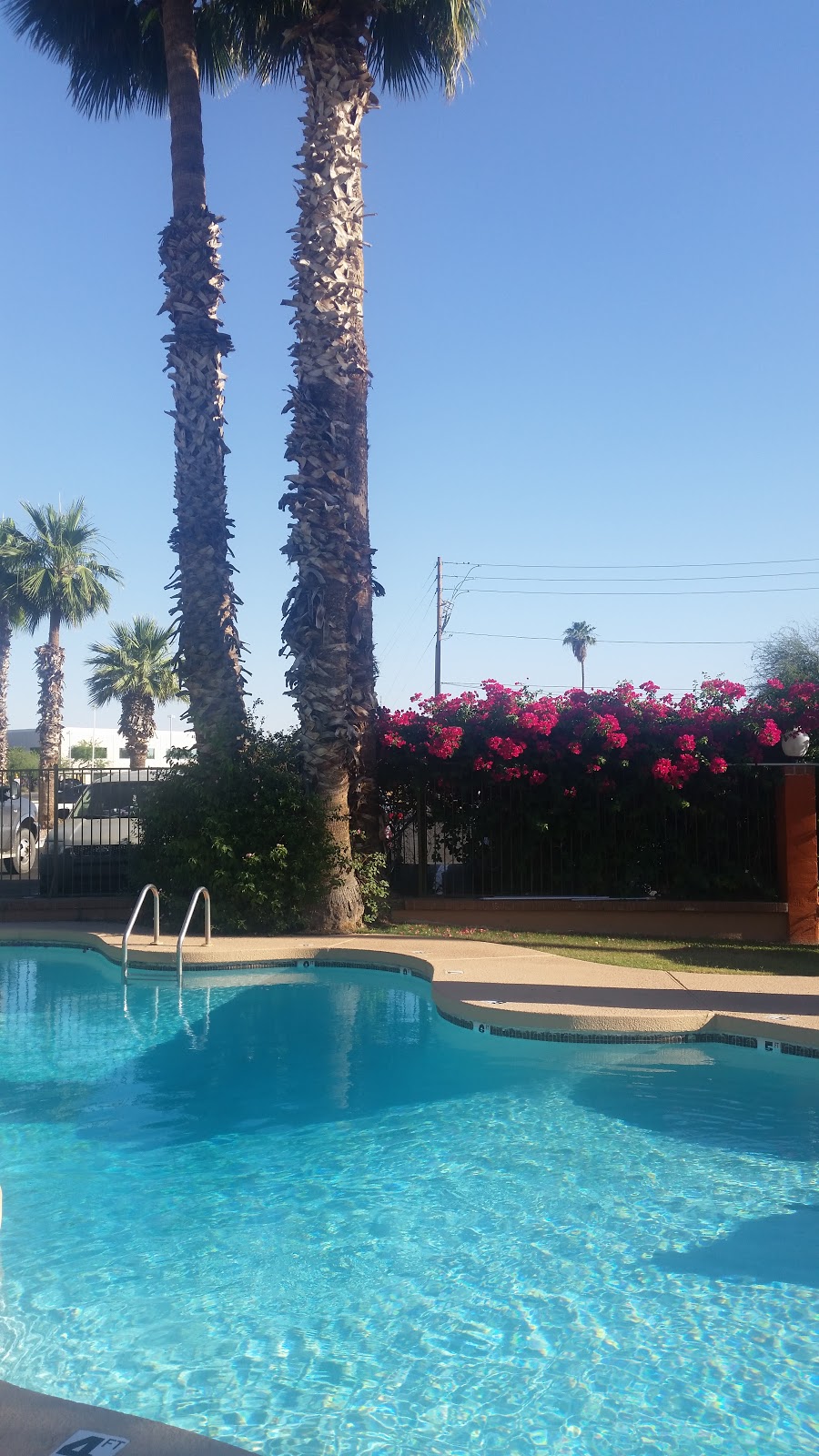 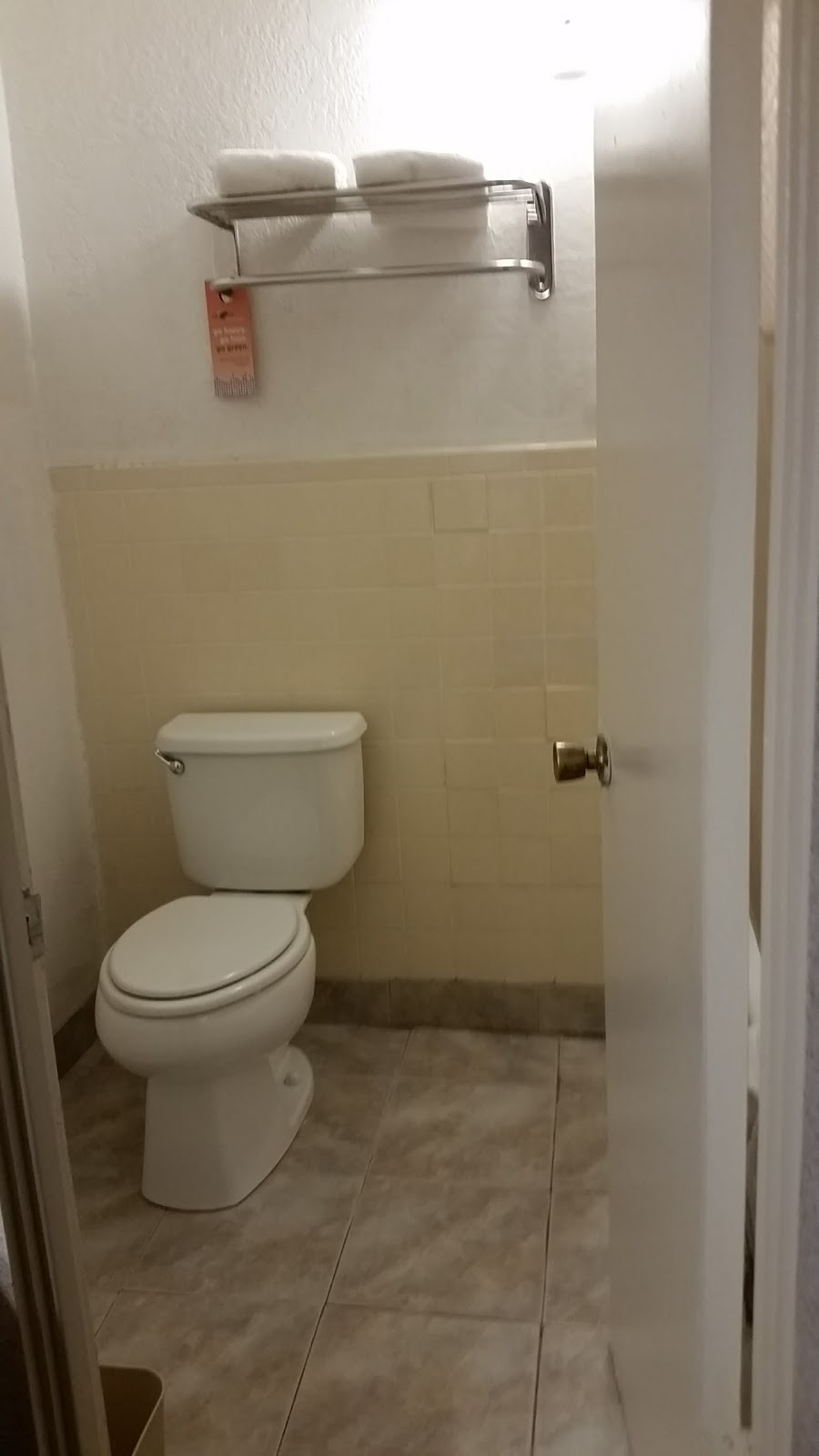 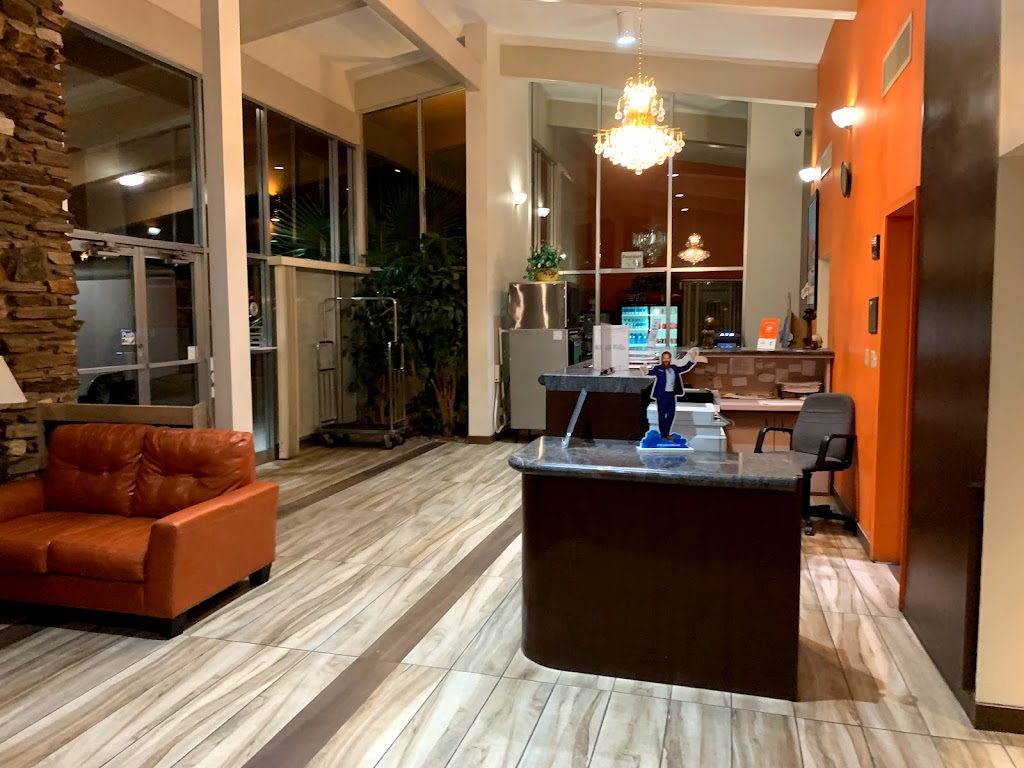 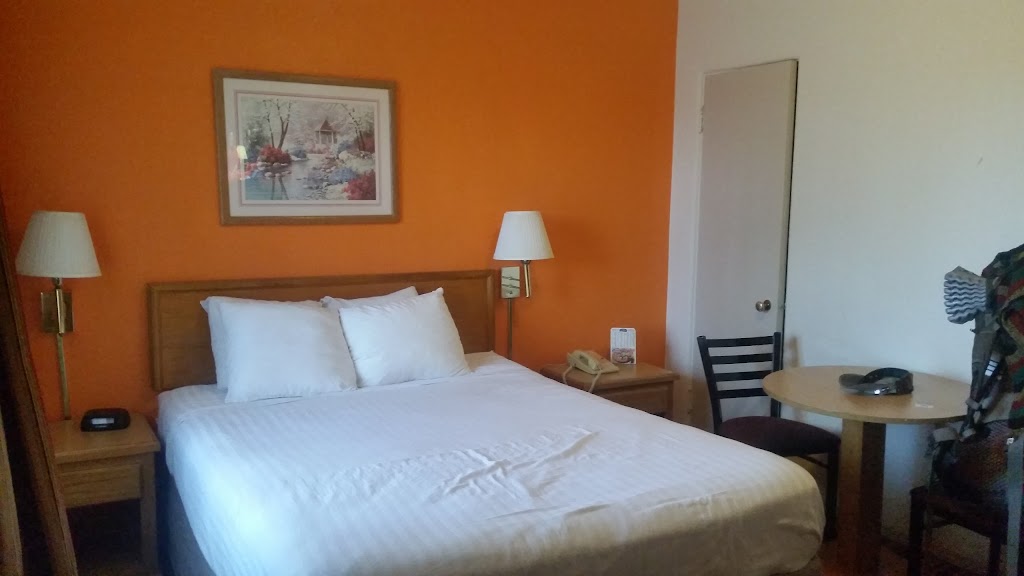 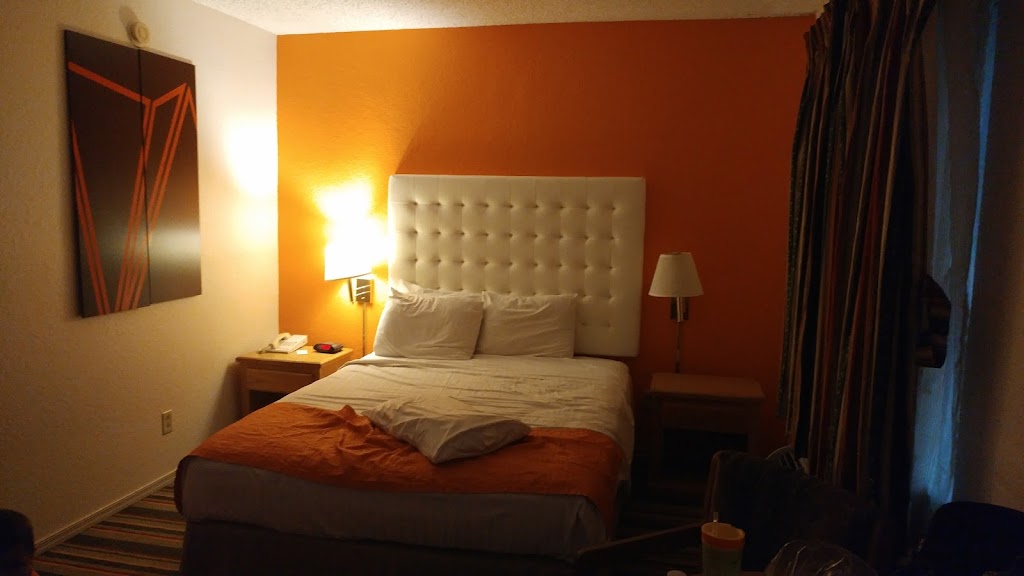 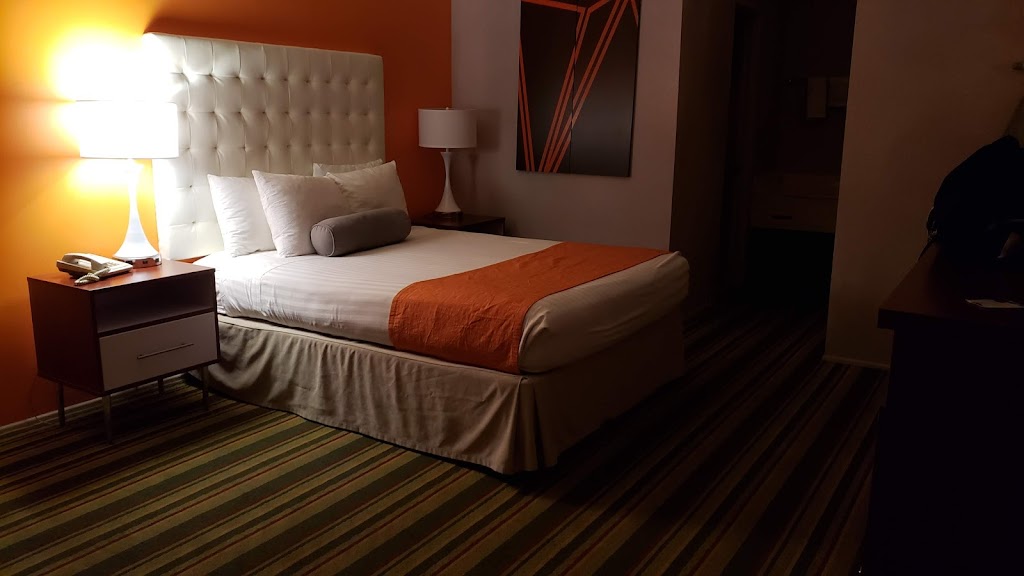 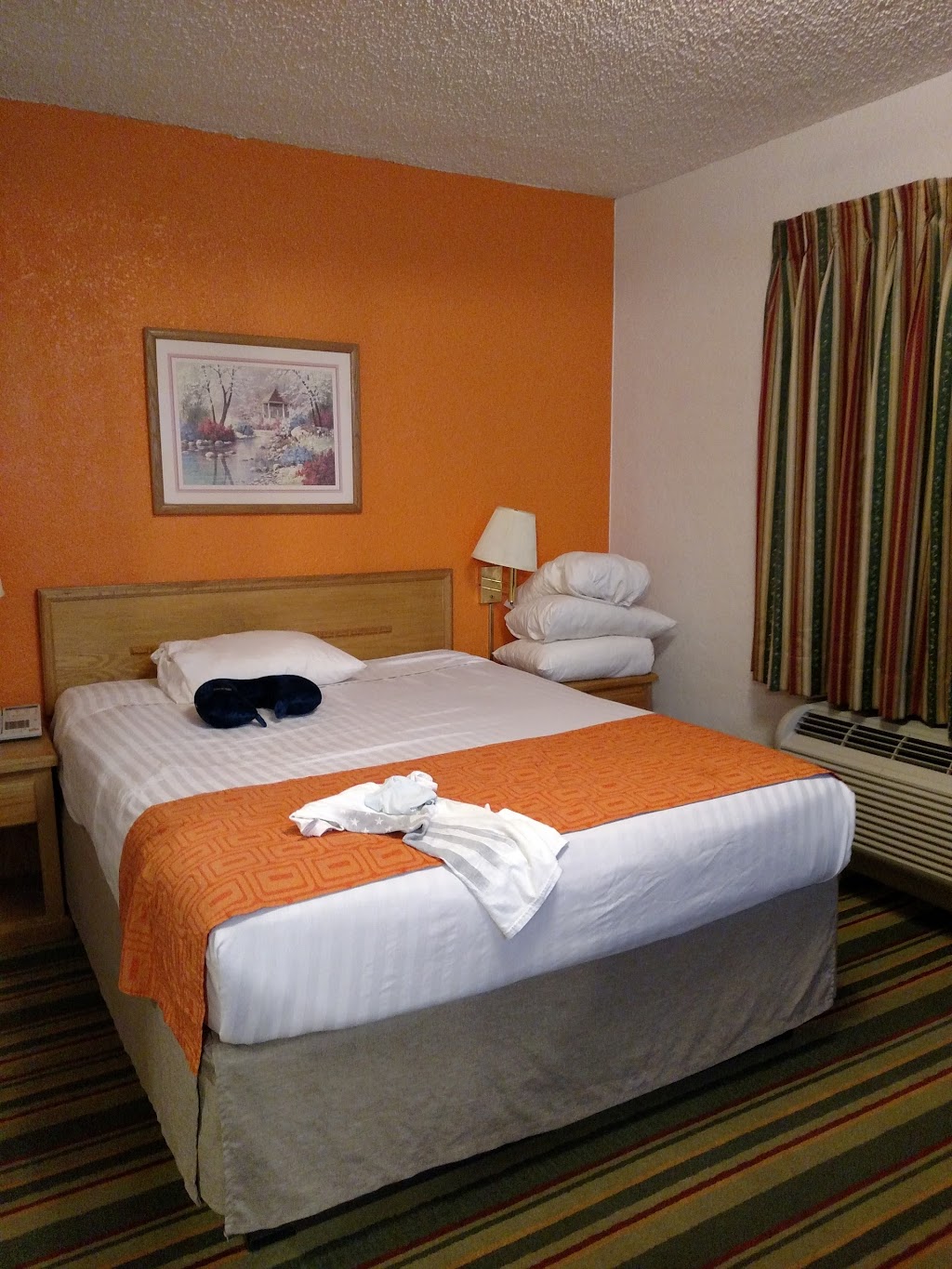 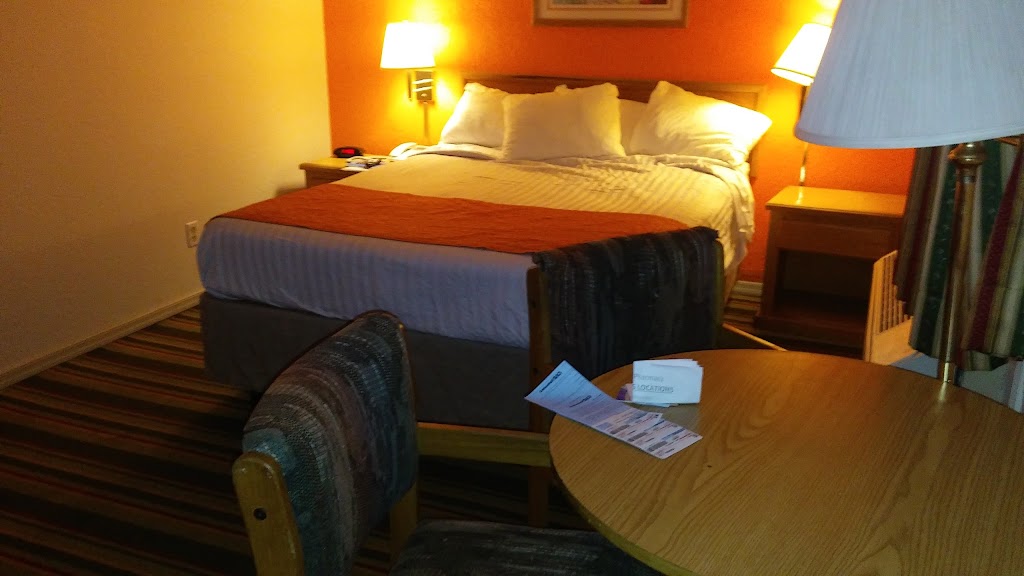 View All
2.7
Average
1 2 3 4 5
(Based on 533 reviews)
Julia Jenkins
1 2 3 4 5
Great snacks for sell in the lobby! Manager is super cool and great rooms for the price!! Been here several times, always had a pleasant stay!!
Nicholas Lehman
1 2 3 4 5
The front staff is amazing the cleaning people I got to give five stars to also because they accommodate any need that I had and I am here frequently it’s very rare that you have the staff at a hotel without the turnover rate as I see this hotel have I have been coming at his hotel now for two years
g Zeisser
1 2 3 4 5
I used their parking service. Extremely tight lot. If three other spaces had not been empty, I would not have been able to get my vehicle out. Noticed collision evidence in lot. But it's convenient to airport and shuttle service worked well.
nikki allen
1 2 3 4 5
Price is Right for the stay, clean and I've gotten to know the staff, very accommodating..
Roger Hicks
1 2 3 4 5
Door did not lock. TP holder falling out of wall. Could not get into pool area. No Kleenex. Did not feel safe. Yelling next door.
James Pritchard
1 2 3 4 5
I stayed in July and posted a review which basically said "stay somewhere else." The hotel was filthy inside and out (including bird excrement inside the room). The swimming pool was closed. The staff were awful. I've had a notification today which says that my review has receied a response from the owner ("thank you for staying") but it seems as though my review and response have now been removed (strange...). The fact that I got no apology or anything of susbtance from the owner says it all, and my headline remains the same: avoid this hotel like the plague you might catch if you slept there and stay anywhere else.
Brandy Rogers
1 2 3 4 5
I was able to get a decent price on a room at the last minute
Poeticly Unique
1 2 3 4 5
Horrible. The shower heads were so filthy. The light in the room doesn't come on unless you switch it on by lamp which is very uncomfortable walking into a dark room not knowing what your walking into. There were lots of people standing out side that looked questionable. Air conditioning was poor. And breakfast was below basic, a gallon of milk for everyone to share (no variety) syrup had to be pureed out of a big tub. There were no plates out. The best thing I had for breakfast was my Apple juice.
Jocelyn Brashears
1 2 3 4 5
My stay was somewhat bittersweet. I first booked for 2 nights in a Queen Suite, was put in a King Standard room without any notice or acknowledgement from them. I then added a third night and was moved to the Queen Suite I was supposed to have from the beginning. I was told my checkout time was at 12pm, at 11:05am on my final day I received a knock at the door telling me I was now past checkout time and needed to leave or pay for another day. I was then approached otuside my room by the gentleman working the desk (I got the impression possibly a manager of sorts?) and he felt the need to tell me that "I was a sweet girl but I was hanging out with the wrong kind of people, they're not good people" This was referring to my fiance Alex, and a friend of ours. This statement was based entirely on the fact that I was with two men that have a lot of tattoos. Both were nothing but polite to all staff, and they followed all rules set at the property. This was uncalled for and very upsetting, and truth be told, it may keep me from staying at this motel in the future. I do not feel comfortable staying somewhere that myself or my guests will be judged and profiled due to looks.
James Pritchard
1 2 3 4 5
Stay somewhere else. Filthy inside and out (including bird excrement inside the room). The swimming pool was closed. The staff were awful. I was not the only guest making a complaint and the only person on duty claimed to have "no authority" to deal with anything. He didn't lift a finger and watched whilst another guest cleared the cockroach from the breakfast room floor. The manager, Andy, was downright rude via email after I raised my concerns with Wyndham. The location was good and I like the fact that they served Fruit Loops for breakfast (just as well - the waffle maker was broken and the bananas in the fruit bowl were brown), but I'd still advise people to go somewhere - anywhere - else. Howard Johnson is the US equivalent of John Thomas.
Kennya Baeza
1 2 3 4 5
This place has it feel to it... could use some updates but it's a good stay for 1 or 2 nights
Cecilia Anthony
1 2 3 4 5
The customer service here was terrible. I was quoted a price over the phone which was not honored when I came in to pay. The person who was working in the office basically told me what he's deciding to charge is what he's going to charge. He was rude about it and didn't seem to care that I was quoted a different price by another employee.

It was a terrible experience. I will NEVER go back there. There are PLENTY of other hotels in Phoenix.
Daniel Steavenson
1 2 3 4 5
I booked this place off of the Wyndham site. My wife checked in early afternoon after her meeting then went shopping while waiting for me to drive down from Flagstaff with the kids. She never actually checked the room. We got back to the hotel about 8:30pm ready to go to bed. When we got into the room we tried to settle in, but my wife kept finding issues that eventually led to us not even being able to stay the night. We went back up to the front desk to see if there was a more suitable room. None were available so we told the front desk clerk we wanted to cancel our stay so we could go somewhere else. After showing the pictures to him he agreed that we shouldn't have to stay, but he would be unable to credit the room back. He said that would have to be done by the manager the next day. I called the next day to try and get a credit back and the manager (Andy) refused to do anything about it saying that the room was adequate. I contacted Wyndham about the room and they gave me a Customer Service number and said that they would try to get the manager to resolve it with me. They have to give him 14 days to respond. He sent out an invoice after they contacted him, which I then found out that he DOUBLE charged me for the room I didn’t even stay in. After about a week I finally got the second charge credited but could not get any response about the credit for the original reservation. At the end of the 2 weeks I called Wyndham back to see if they could start working on getting something done. This prompted him to finally call me. I returned his call and he was unprofessional and argumentative throughout the conversation. He eventually offered me half my money back, but when I did not accept his offer he started to belittle my own house saying it was no better and threatened me stating not to make him mad. Figuring that I would not accept anything except a full refund, he eventually hung up on me. I immediately called Wyndham and they finally were able to get me squared up by sending me a live check. For your safety and peace of mind, I would stay far away from this property. There are much nicer properties in the area for the same or less money. Wyndham finally took care of it, but it took forever and a ton of frustration.

Howard Johnson Airport Downtown is unavailable to book on our website. Search for other parking options available at PHX.

Howard Johnson Airport Downtown is unavailable to book on our website. Search for other parking options available at PHX.