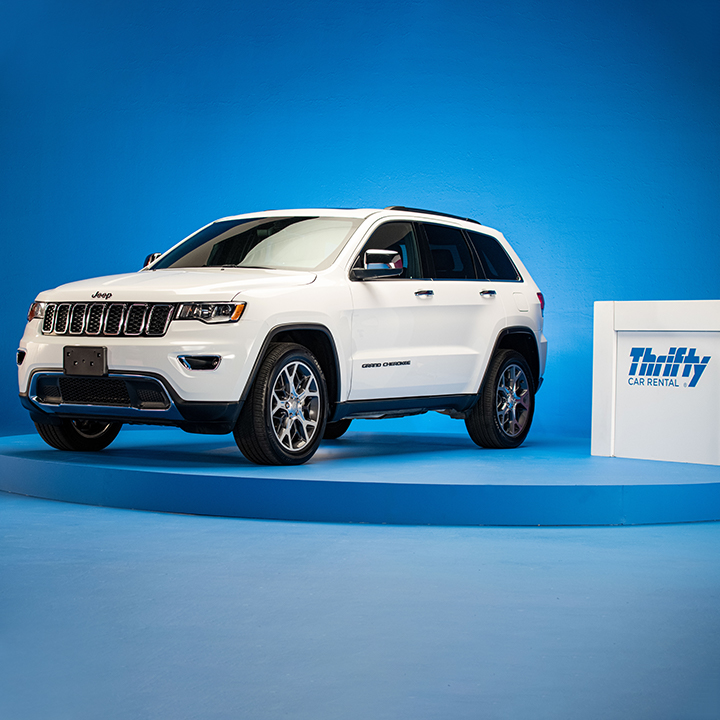 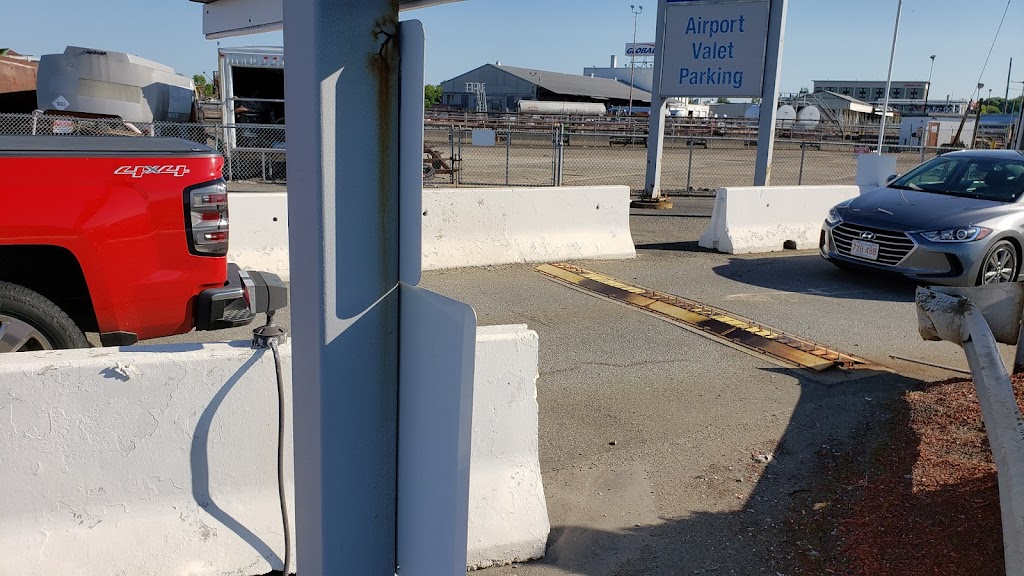 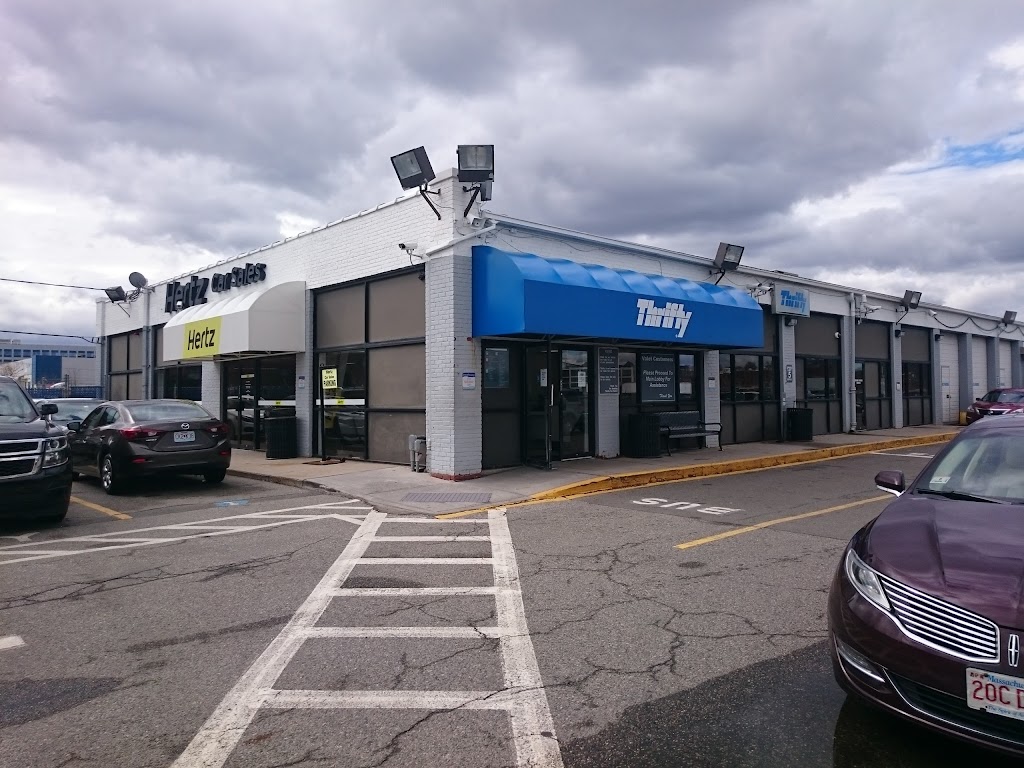 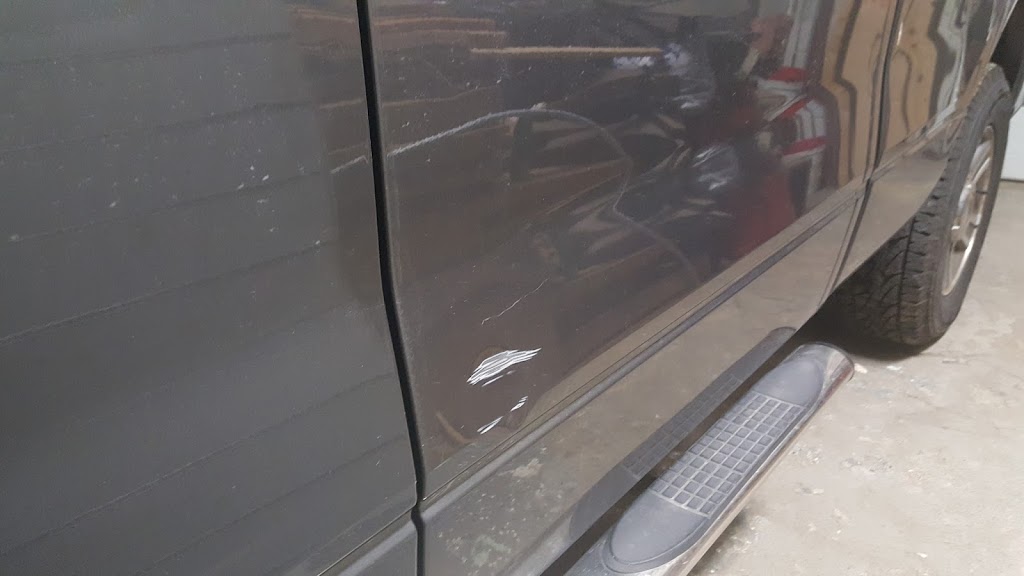 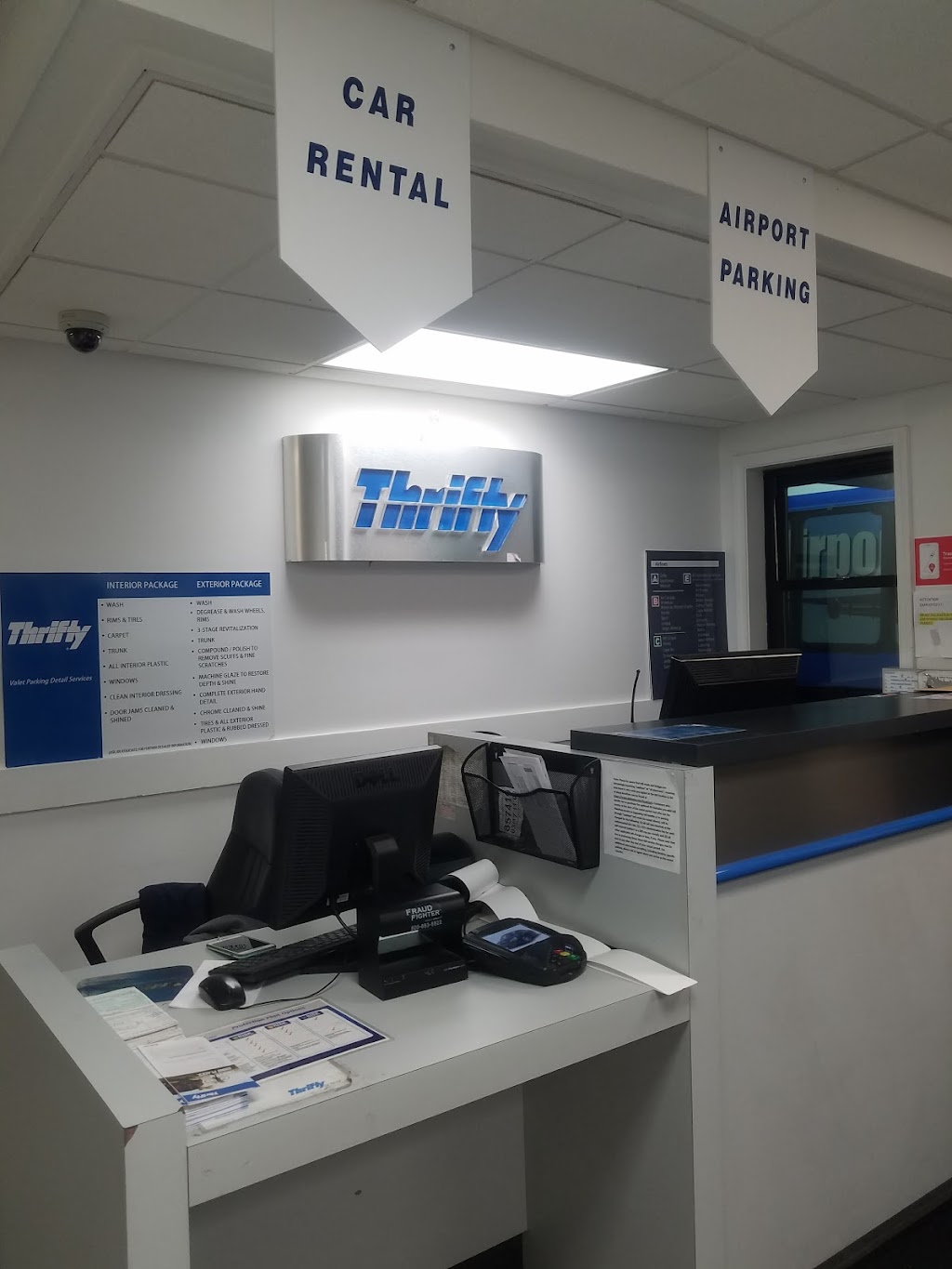 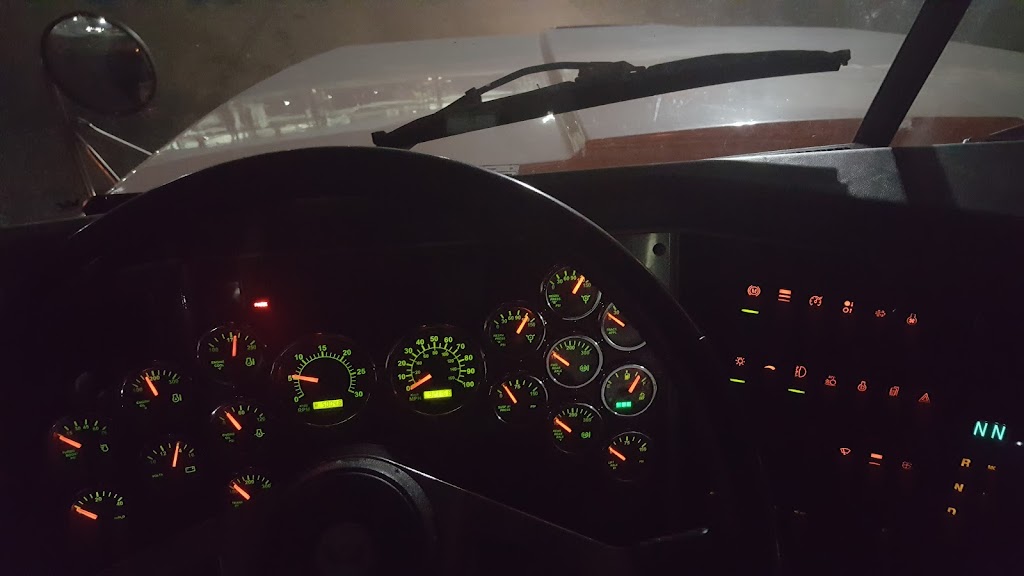 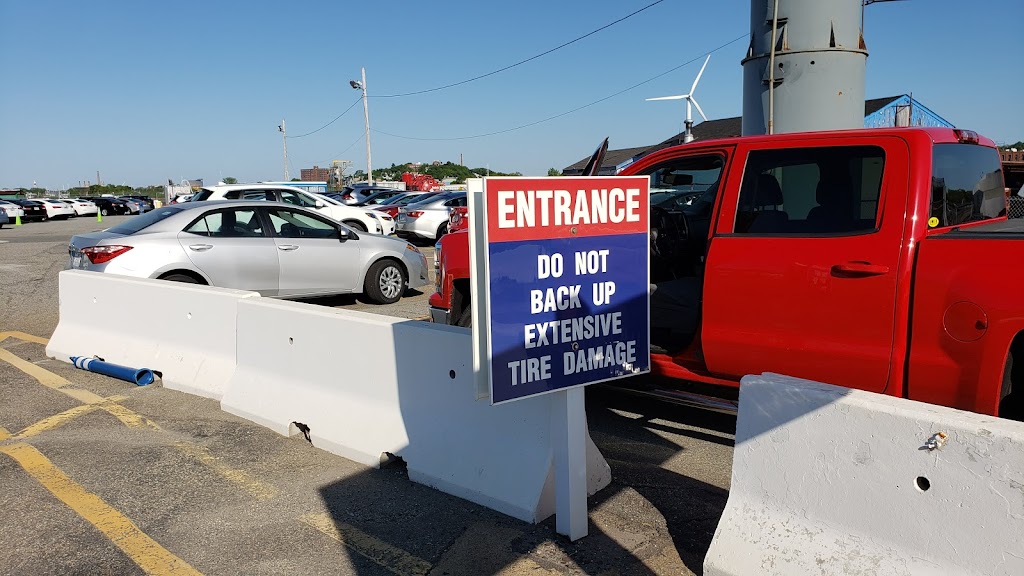 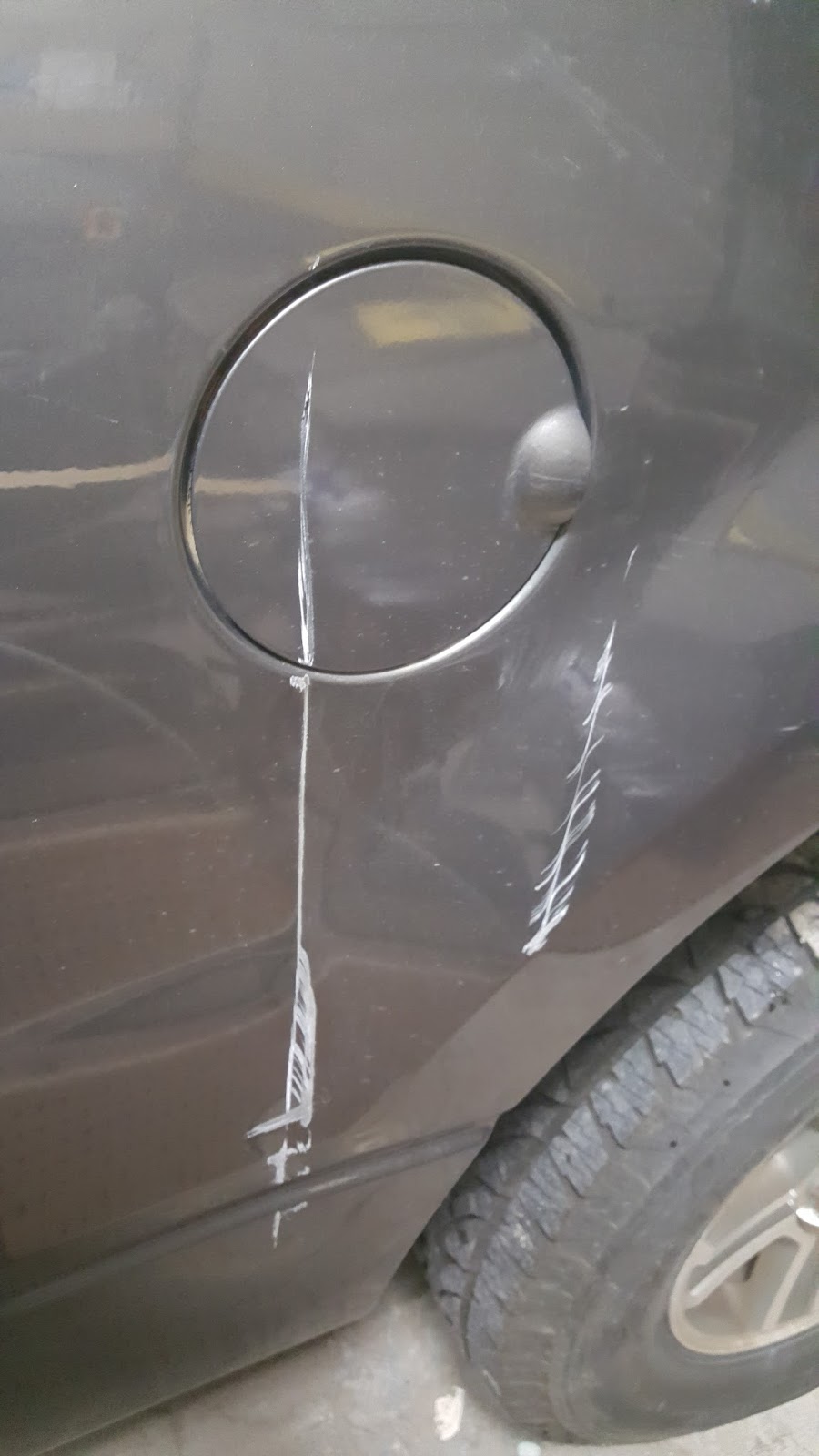 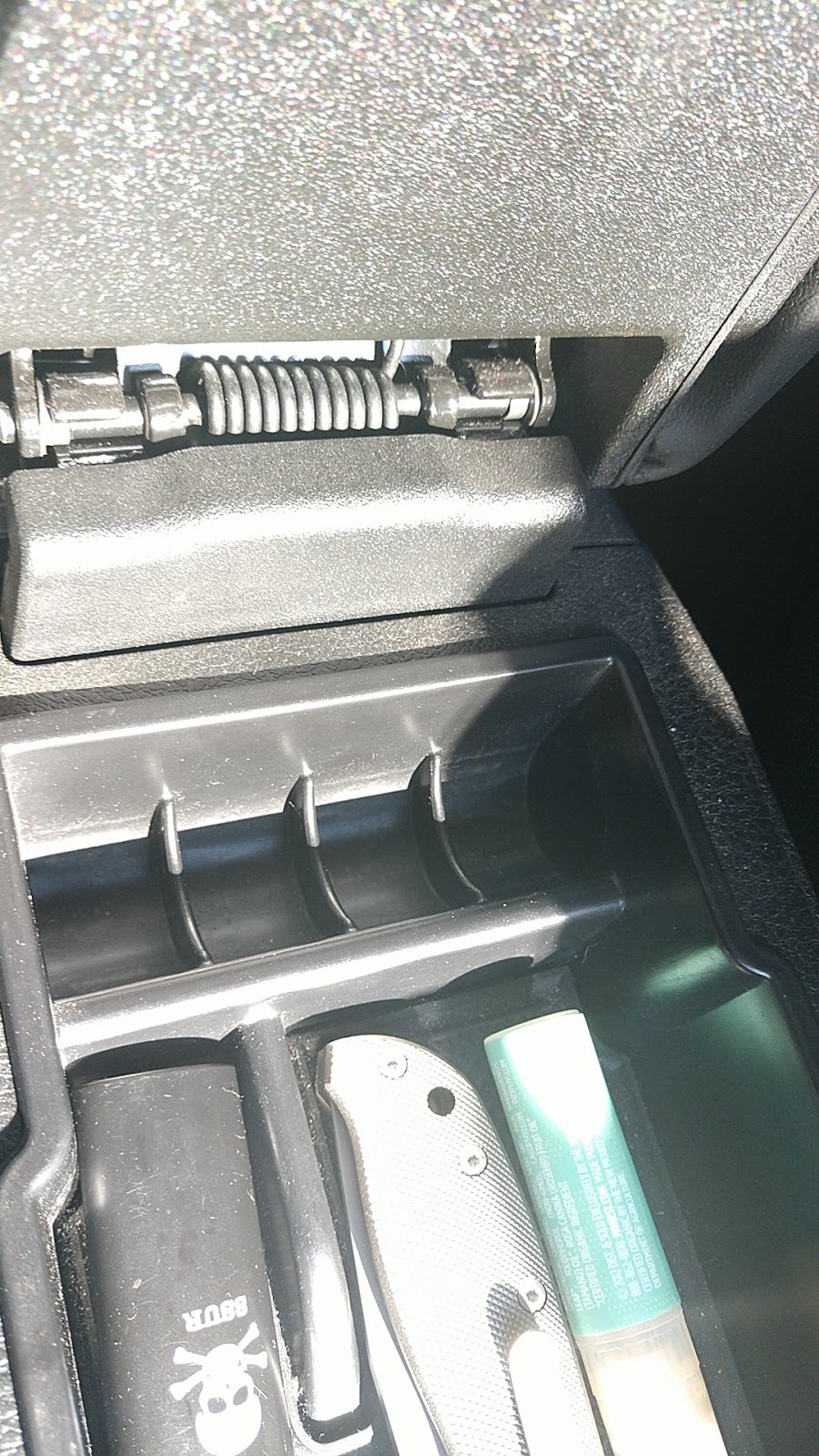 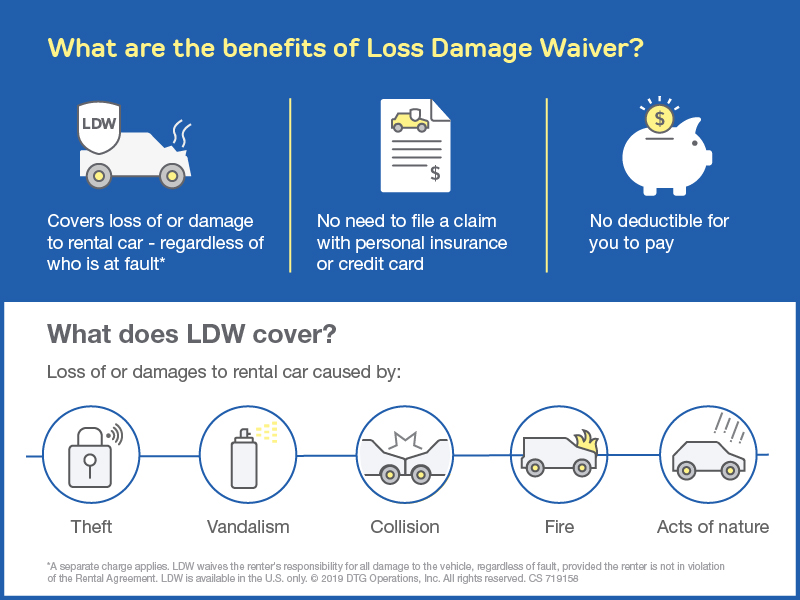 Looking for a place to park at Boston Logan International Airport? Thrifty Parking BOS located at, 40 Lee Burbank Hwy, Revere, MA, US is reliable and convenient parking facility that offers reserved parking at BOS Airport.  Thrifty Parking BOS is a safe parking location given that it is well lit, gated and monitored 24/7.

**How far is Thrifty Parking from Boston Logan International Airport? ** The parking facility is only 2.2 miles from BOS Airport.

**How much does it cost to park at Thrifty Parking for a week? ** Weekly uncovered self parking will cost roughly $72.53 including taxes and fees.

The best way to get a discount for parking at Thrifty Parking BOS is through Groupon or other Coupon site such as Retailmenot or parkingaccess.com. Thrifty Parking offers a promocode found on their website. To claim the promocode you must clink the link to sign up for the 10% discount on parking. After signing up you will get more rewards that could reward you with a free day of parking.

Thrifty Airport Parking has been a staple at Logan airport for decades. Leaving your car and parking at Logan Airport can be a mess. If you are not interested in parking off-airport we do recommend Boston Logan Economy Parking lots. You can read more about rates and procedures using the aforementioned link.

Do you have any early morning flight and looking for an airport hotel with free parking? Check out these Boston Logan Park Sleep Fly Hotel packages.

View All
3
Average
1 2 3 4 5
(Based on 248 reviews)
Andrew Hammond
1 2 3 4 5
Roughly a week and a half ago, my best friend and I went to this location to rent a car and when we got there, there was a wait due to one Agent taking care of multiple guests (there were a large group of Managers there for a site inspection or meeting) so the process took a little longer than expected. He processed our reservation and we informed the Agent we would return the car at closing time, which was 6pm.

On the day we were returning the rental, my best friend and I showed up a bit before 5.30pm. Inside the office, once again there was a wait of other guests with the same one Agent that we had purchased the rental from a couple of days earlier (one guest was particularly annoyed because he had been waiting for more than hour because he was told the location didn't have a car for him even though he made the reservation weeks in advance and was using the rental to go to Florida). My best friend and I waited and she was approached by a Manager about 20 to 25 minutes later (a woman with short, curly hair with tanned skin) who processed our return, inspected the car, and moved the car somewhere else on the lot. She gave my friend her receipt and continued to process the other guests who had been waiting after us since there was a wait.

For return, quick and easy to call and very efficient

4 stars cause I dont know if I'll park my more expensive cars here
Cortney Danneker
1 2 3 4 5
We used the valet parking here. Unfortunately we came back to find that our car had been hit while we were away. We asked for a refund and were told they needed a manager for that but one wasn't around. How convenient. We filed a claim and took pictures before we left. It would have been nice to have been notified instead of finding the damage ourselves. The cars here are parked extremely close together. We always parked here before but this will be our last.

To update my above post, we finally got a refund from Thrifty for our week's worth of parking. This took more than a week with repeated calls and emails from my husband. As for the damage, it has been almost three weeks since the damage occurred and we are no closer to getting it repaired. Yesterday we finally received a claim number fromThrifty and an adjustors name! We called and emailed them yesterday and today with no response so far. This just keeps going and going. What a pain, why does coming back from vacation have to be so difficult?
Aaron Cass
1 2 3 4 5
We had been planning to take C&J down from Newburyport, but were unexpectedly bumped off when they overbooked. So, we frantically drove down toward Logan looking for a place to park. We found Thrifty at the last minute and they were offering a better price than the other lots nearby, so we went with them.

While we were away I got a call from them saying they had accidentally left the lights on and drained the battery. What's worse, they tried to jump it an reversed the cables. Not so great, but . . .

I'm giving them four stars because they handled the issue so well. I promptly got a call from the on-duty manager, Chris, and Lisa, his supervisor. They were courteous, responsive, and sincerely apologetic for the mistake, and took care of the issue just as they had promised.

In the end, they towed our car to a reputable repair shop, replaced the battery and blown fuses, and waived our parking fee. All in all, can't complain.
Aaron Cass
1 2 3 4 5
We had been planning to take C&J down from Newburyport, but were unexpectedly bumped off when they overbooked. So, we frantically drove down toward Logan looking for a place to park. We found Thrifty at the last minute and they were offering a better price than the other lots nearby, so we went with them.

While we were away I got a call from them saying they had accidentally left the lights on and drained the battery. What's worse, they tried to jump it an reversed the cables. Not so great, but . . .

I'm giving them four stars because they handled the issue so well. I promptly got a call from the on-duty manager, Chris, and Lisa, his supervisor. They were courteous, responsive, and sincerely apologetic for the mistake, and took care of the issue just as they had promised.

In the end, they towed our car to a reputable repair shop, replaced the battery and blown fuses, and waived our parking fee. All in all, can't complain.
Nancy Kaehler
1 2 3 4 5
I love this place! They make parking so easy!!!! And the shuttle runs 24/7, just like the airport! It's great!!
Linda Ferreira
1 2 3 4 5
Used them for years and all was fine. Unfortunately, in May, our pick up took 30 minutes. Last night, our pick up took ONE HOUR. While we were waiting, six Pre flight shuttles came by. Guess what Thrifty, next time we will be using Pre flight!
Shannon Oberther
1 2 3 4 5
The shuttle busses didn't stop for me at the designated bus stop. Left me over an hour at the airport. That's 3 shuttles 3 different shuttle drivers. I had to call uber to bring me to their location to retrieve my car. The additional 20 cost really took away from their thriftyness. No customer service. No one to call for assistance. After texting the service to prepair my car it still wasn't ready causing additional wait time. I keep a coin purse in the center console for toll money, that was gone pretty petty to take 4 dollars in change. This caused an additional stop on the way home to get more toll money. I will be seeking alternatives for my travel out of Logan.
Alastar Herbert
1 2 3 4 5
BEWARE! All the change was stolen from my center console. Strictly quarters, over half of which were collectible state quarters. To top it all off my tank was on empty upon my return when I know it was not that way when I left it. NEVER AGAIN.
Deborah Shepherd
1 2 3 4 5
It was confusing where to park your car. There is only one entrance on a one way street. So if you don't arrange your car correctly, you have to leave the parking area, drive around the streets again to find your way back. The women attendant was the rudest I have seen in a long time. She said if I had any complaints, I could find another place to leave my car. We had prepaid. And because of their lack of direction on where to park, we were reunning about 15 minutes behind schedule already. Even though we were checking in, they did not hold the shuttle. As soon as the person in front of us was done, the shuttle left. The only reason this review did not receive a one star is because our drivers both to the airport and back were great. Our driver to the airport did tell us in the morning of our flight out someone did not show for work. I can understand the attendant's frustration, but not treatment of customers.
James Laird
1 2 3 4 5
There needs to be a way to post zero or negative stars. I recently called Thrifty to give them my information so I could park the next day in their lot. I was told they didn't take info over the phone and that I could give it to them when I arrived at the lot. Upon arriving the next morning at 3:45, I was asked if I had a reservation. I told them that I called yesterday and was told to give them my info when I arrived at the lot. She told me I can't park without a reservation. I asked her to please work it out, we had a flight to catch. She said no, go down the road to another place. Unbelieaveable! They obviously had parking spots and would rather send me away. Luckily, the other place took us. I wouldn't park with Thrifty again if it was free. Do yourself a favor, park somewhere else.
Granger Marsden
1 2 3 4 5
Provided a quality airport parking experience. Shuttle was on time, staff were helpful 24/7. My car was ready and waiting when I landed. Affordable rates and really close to the airport.
Boris Magocsi
1 2 3 4 5
I can't recommend this as a car rental location. I got a car here after arriving at Logan. Picking up the reserved car was a lot more difficult than anywhere else I have rented. They are not well-staffed at this location, the employees don't know how to use the computer system. It took a good 45 minutes for me to get my car, for no good reason (apparently the employee had never seen a foreign driver's license before...).
Yosef Kornbluth
1 2 3 4 5
Great service- we forgot something in the car; our driver offered to have it sent on the next shuttle or turn around and get it. Prompt. Car was waiting for us when we got back. We were a day late and they honored our coupon for the extra day. We have an old car, so no one would want to joyride in it, so no worries on that front :)
Kimberly Keohan
1 2 3 4 5
I have used the service this service a few times in the last 6 Months and I plan to use them again next month. The office staff as well as the shuttle staff are great. The detailing service offered on the other hand is horrible. I purchased the full interior and exterior service. I got back early in the morning and it was to dark and I was too tired to really look the vehicle over after a long day of traveling. When I did look the car over I was more than disappointed. There was still dried coffee on the seat and console, the cup holders were filthy, the windshield is all streaky and as for the outside, there is still all road tar along the sides and the bugs that have committed suicide on my bumper are still there. Thrifty contracts the detailing out so I gave them 4 out of 5 because they should be inspecting the work as they offer the service.