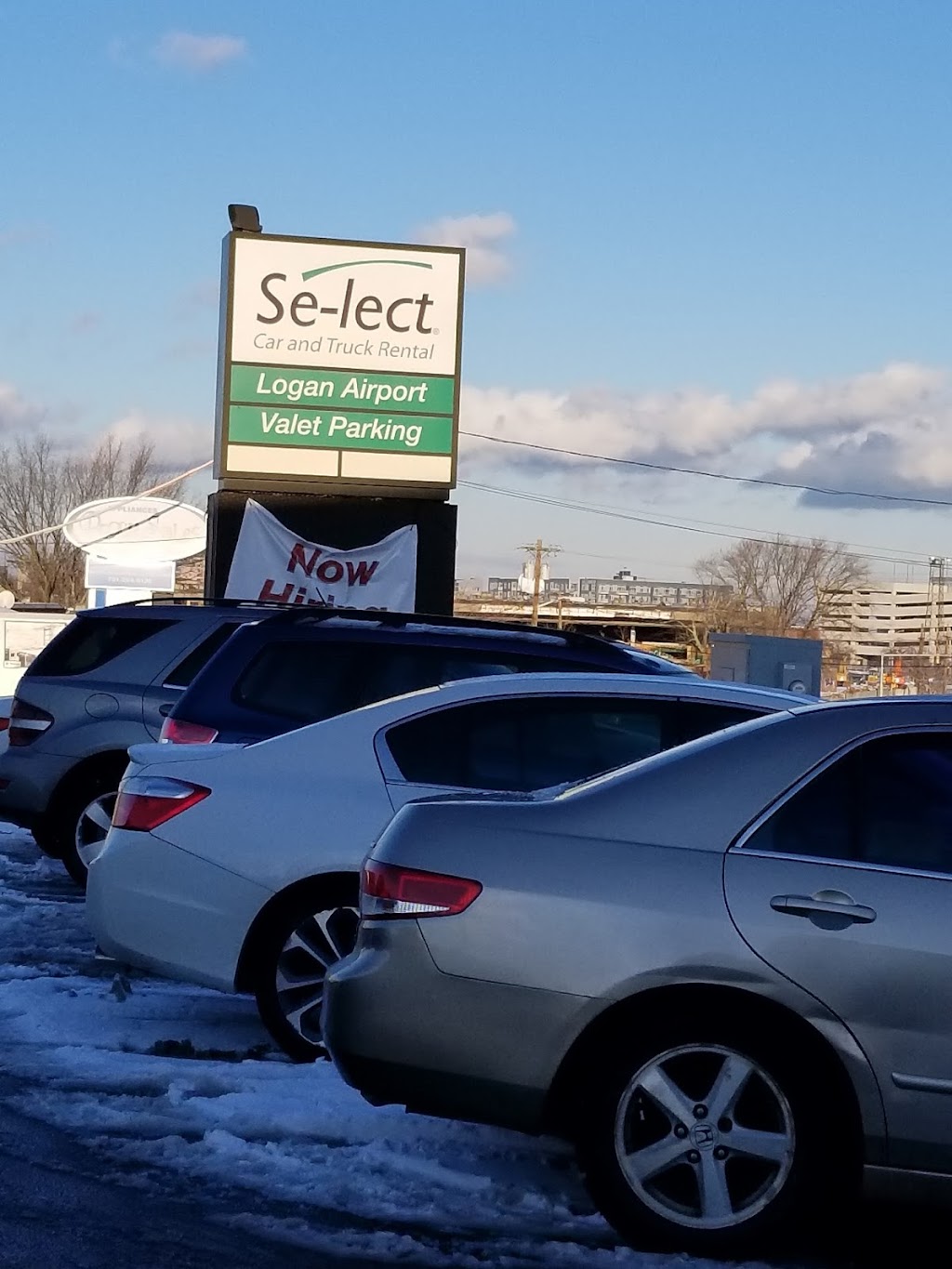 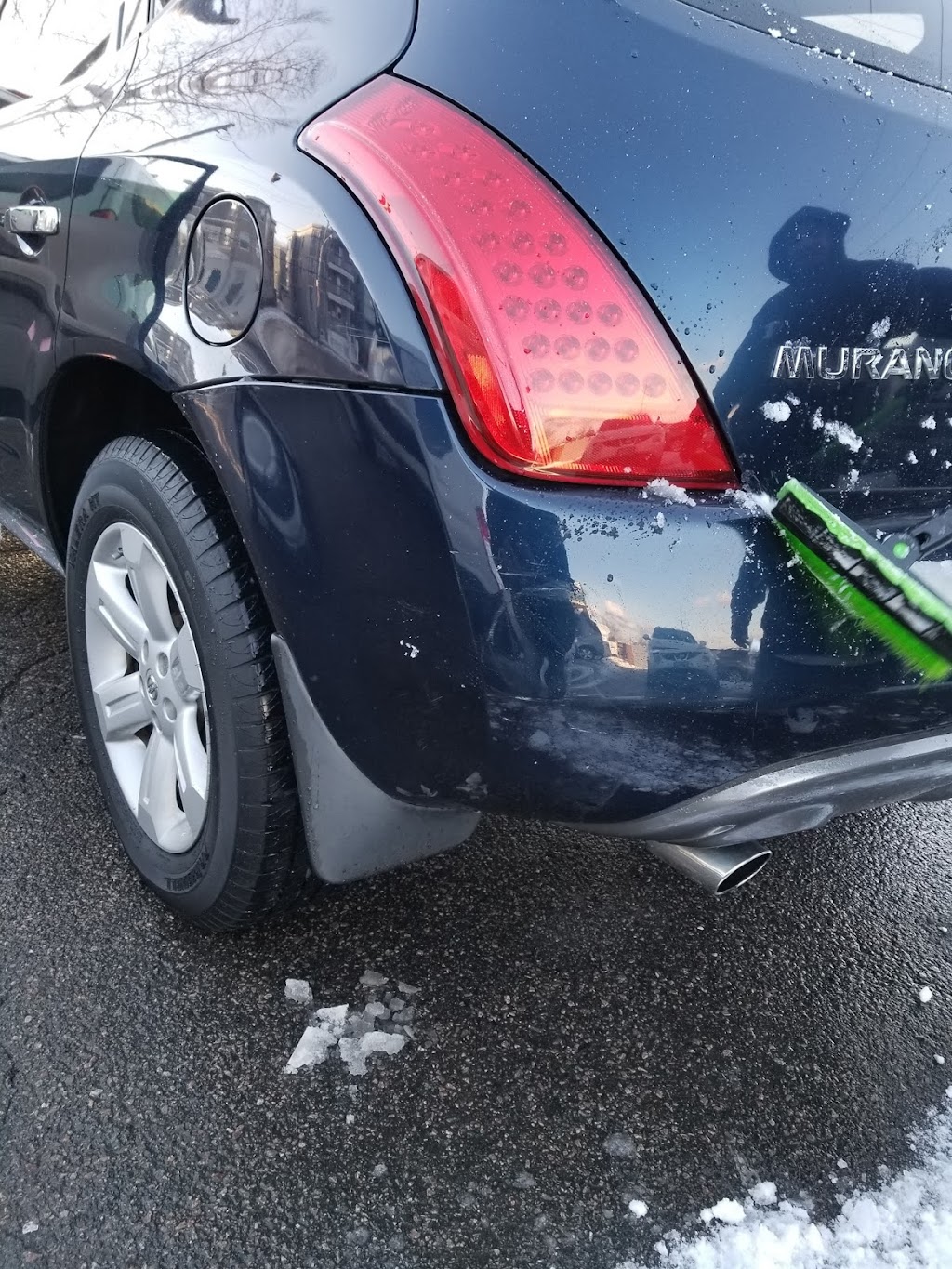 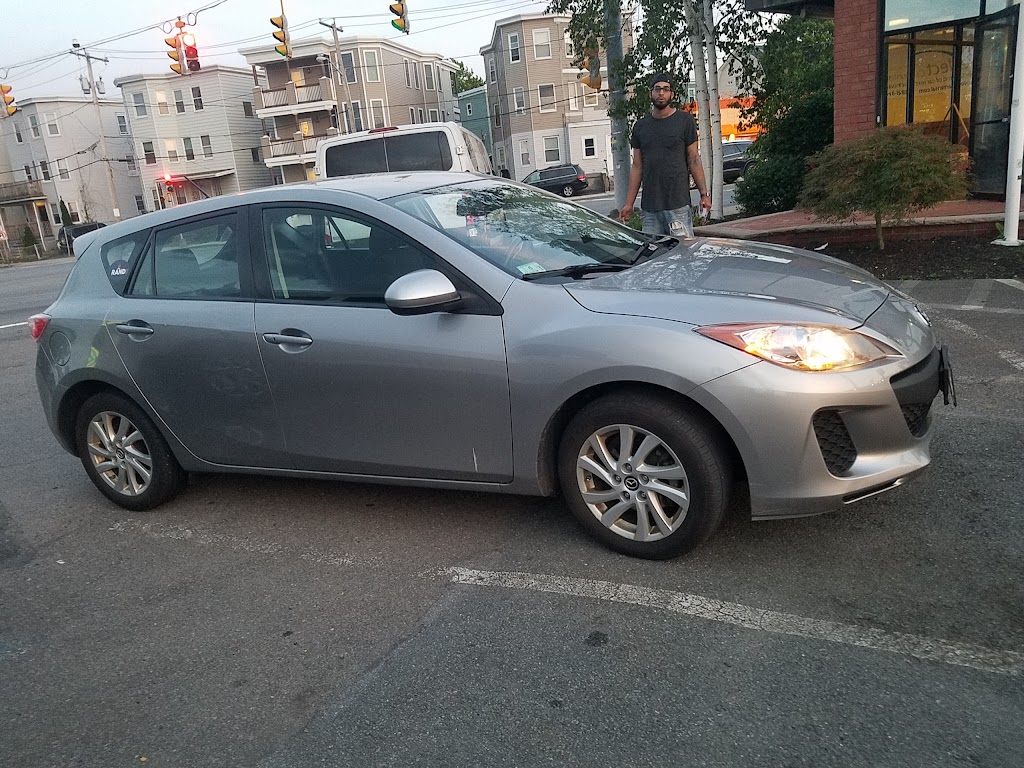 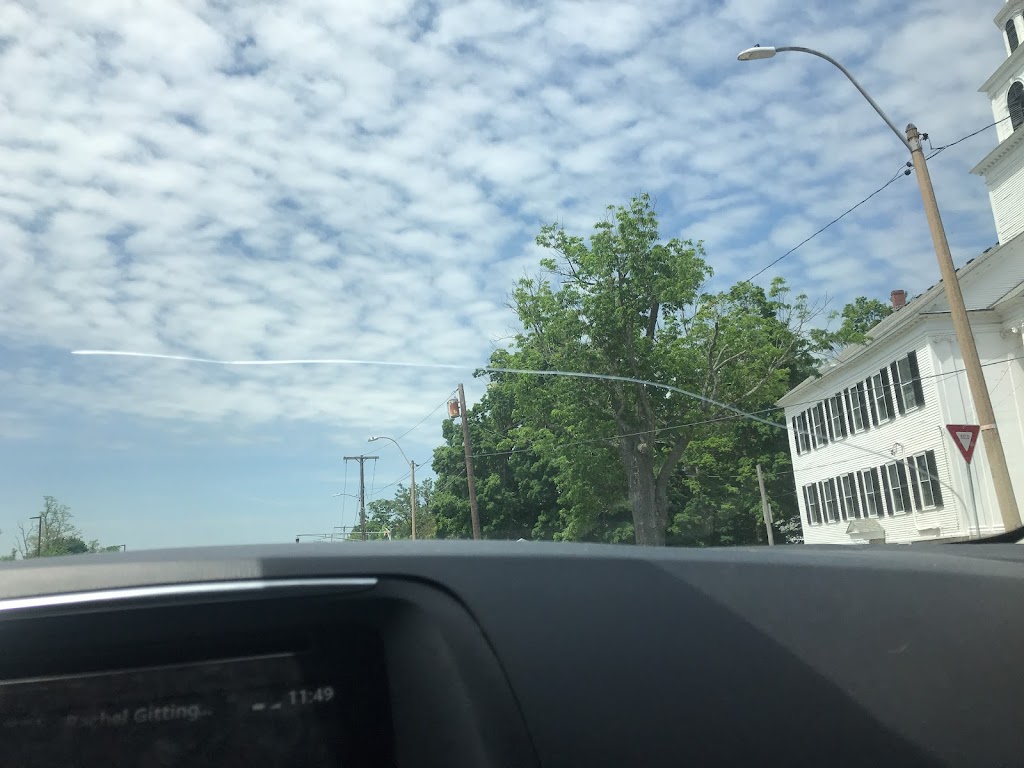 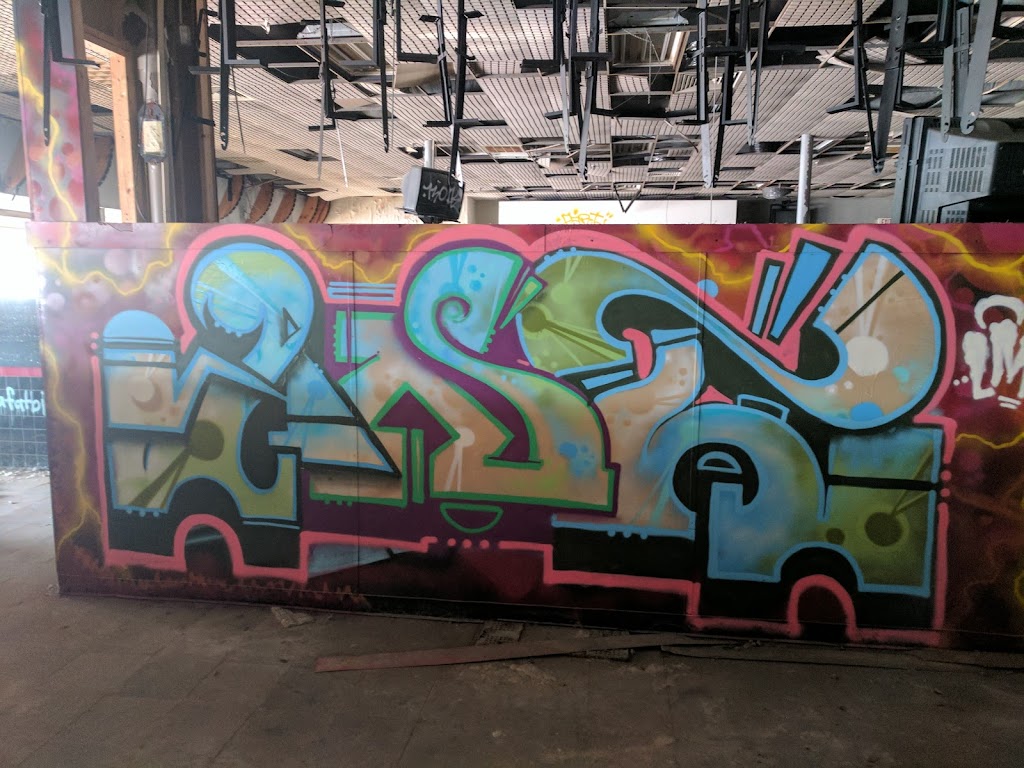 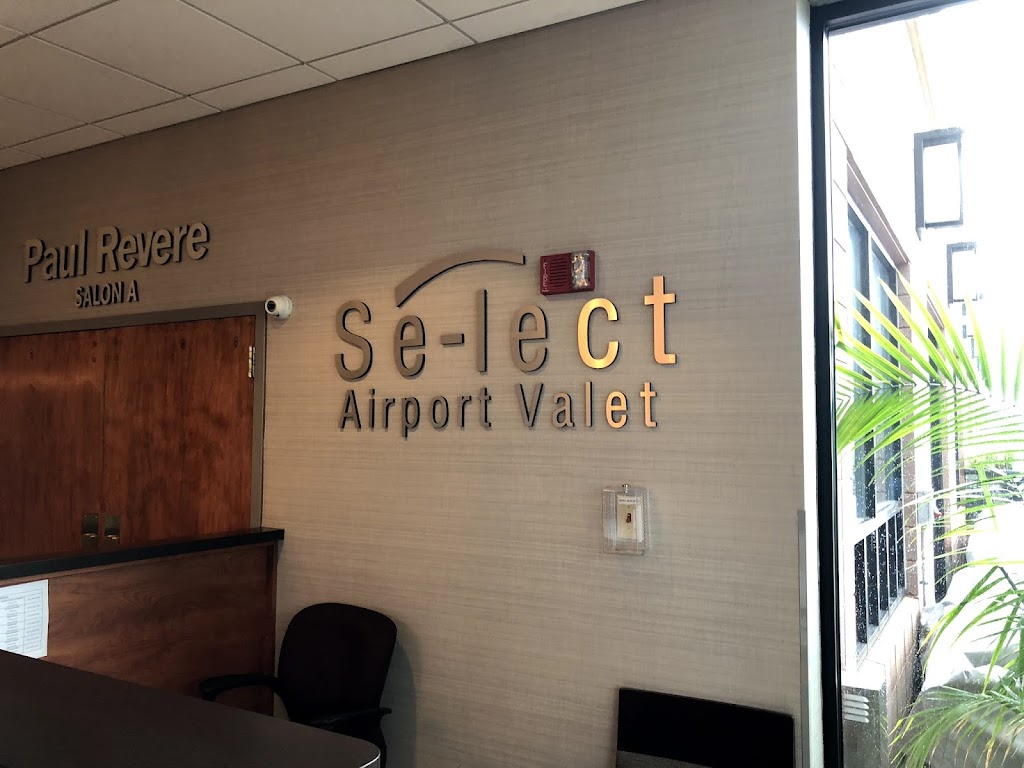 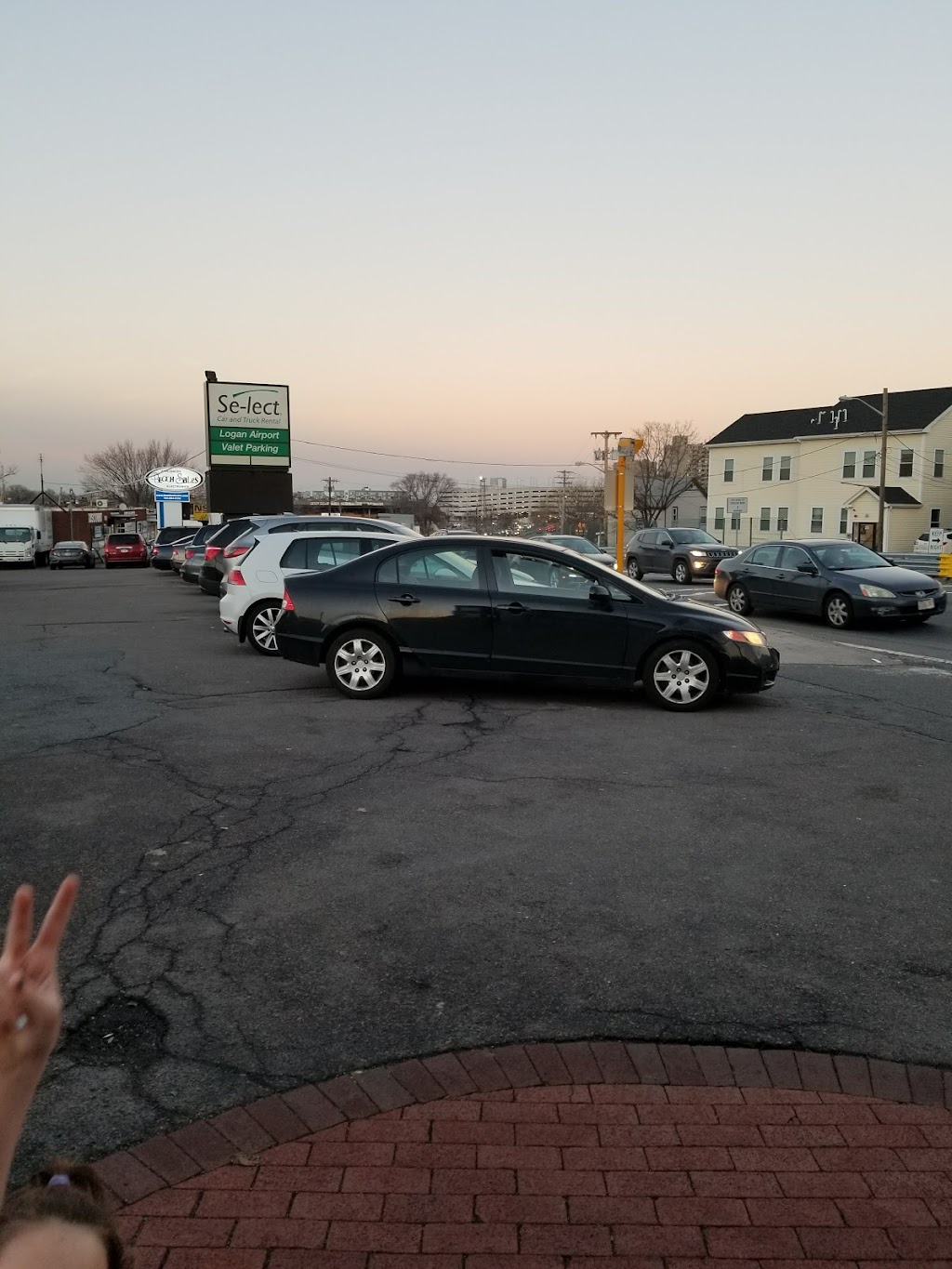 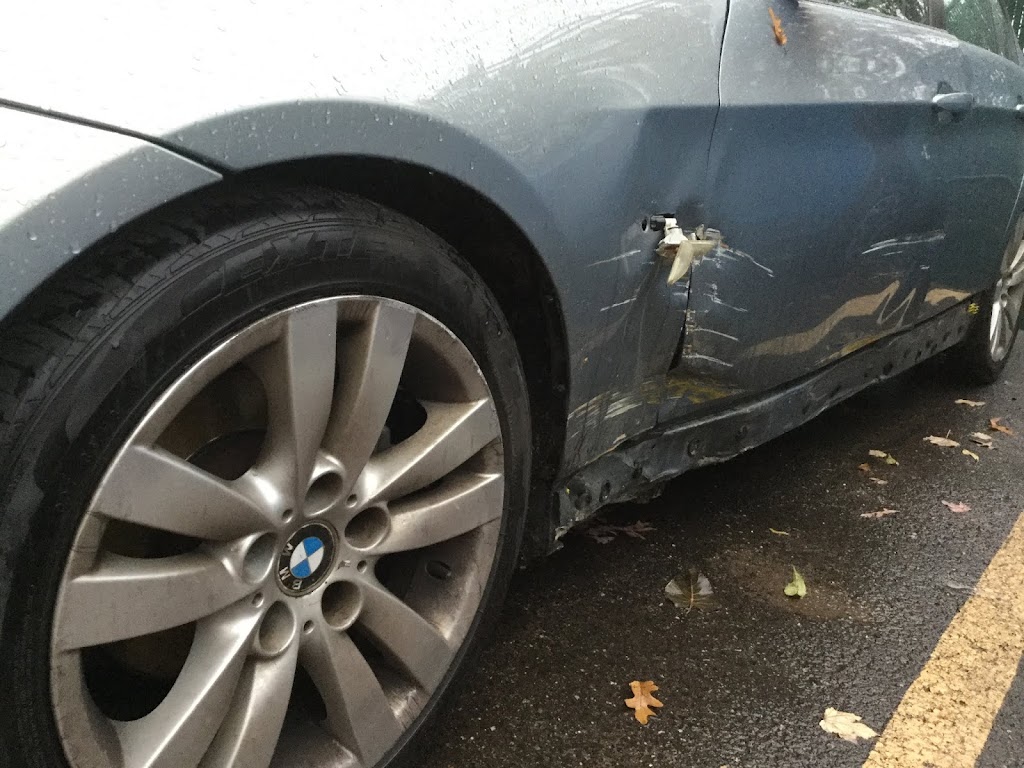 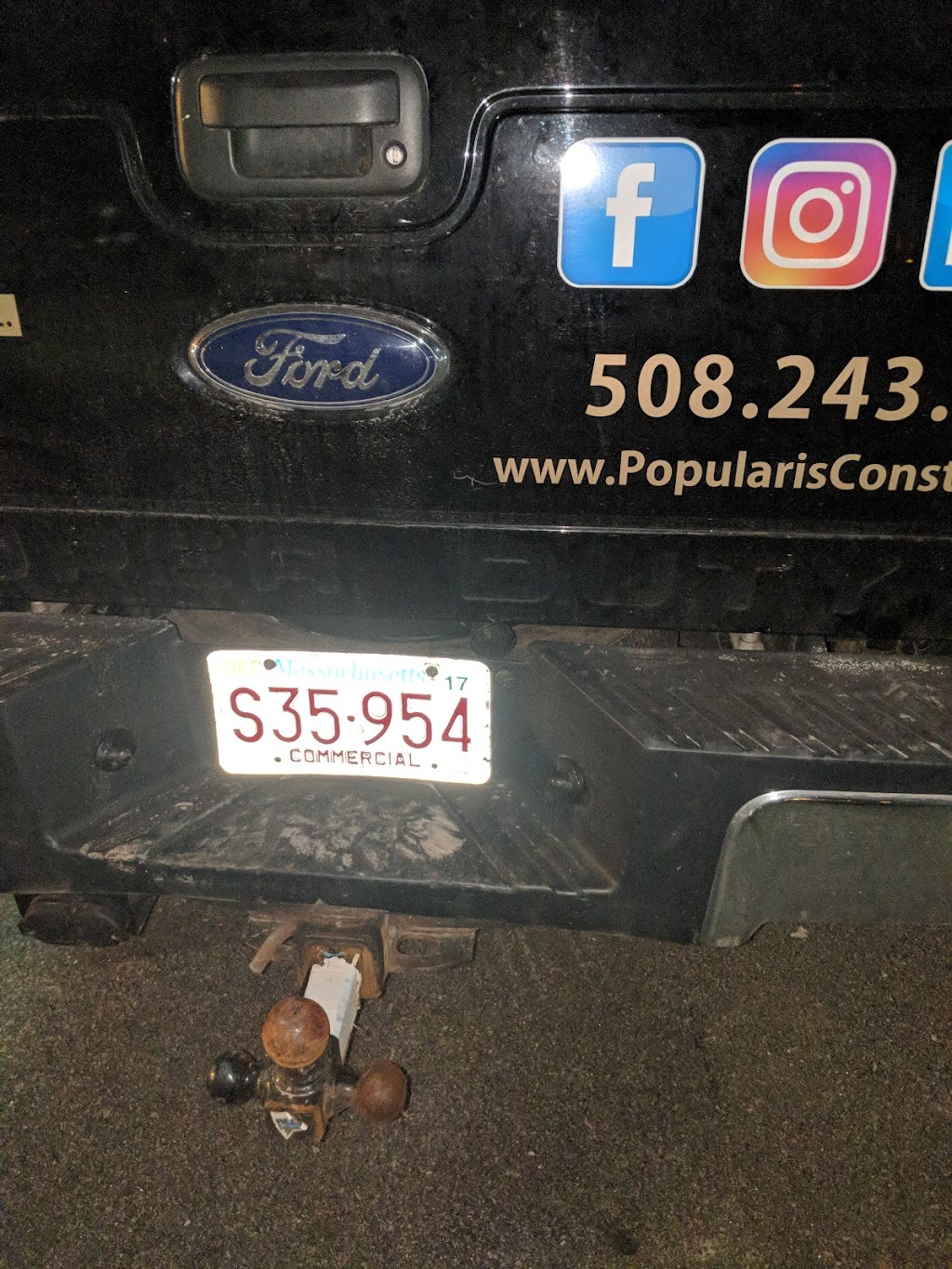 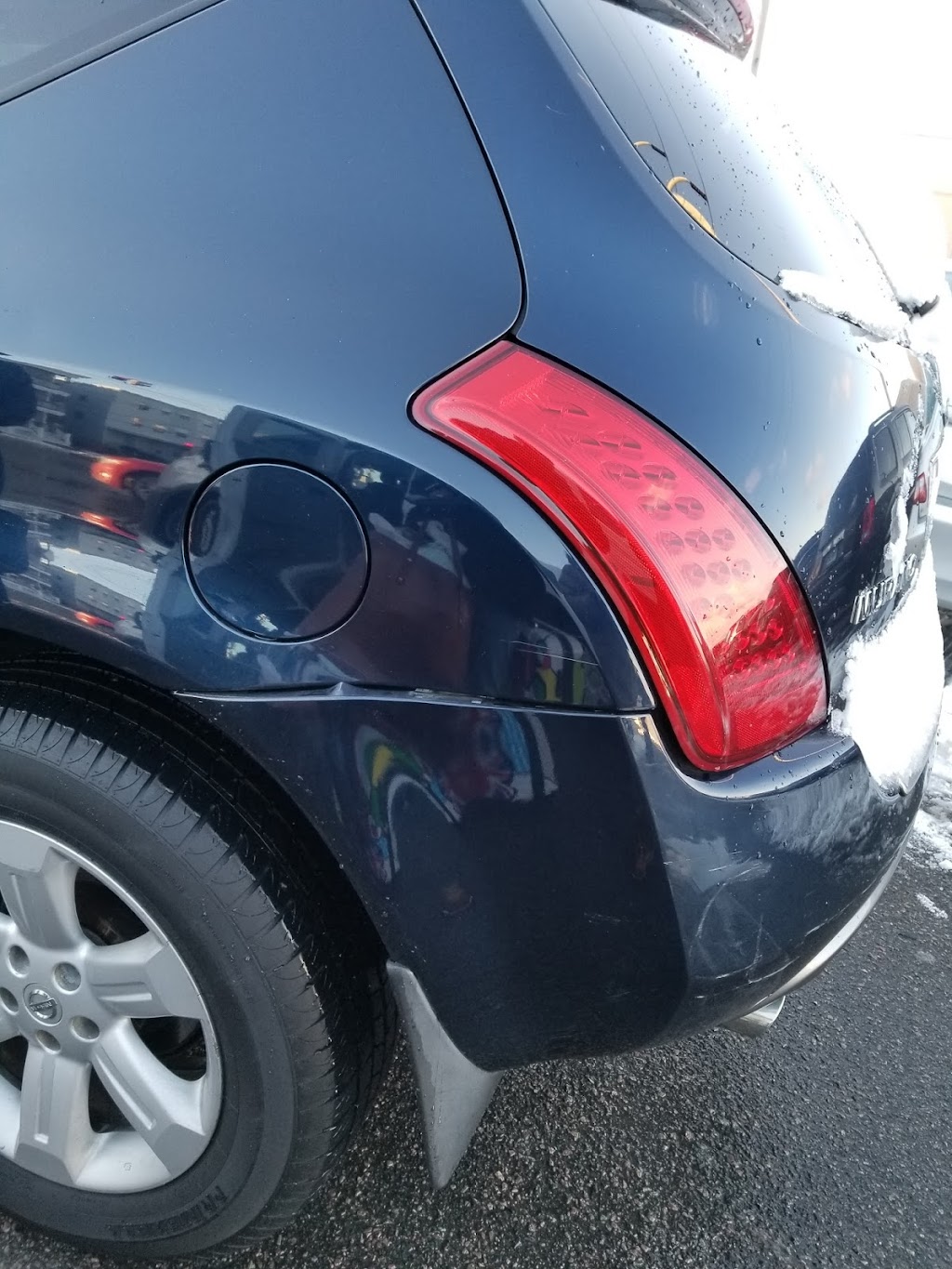 Do you have any early morning flight and looking for an airport hotel with free parking? Check out these Boston Logan Park Sleep Fly Hotel packages.

View All
2.3
Poor
1 2 3 4 5
(Based on 395 reviews)
T G
1 2 3 4 5
Only 1 shuttle bus .. so need to have at least 45 min extra time on your hands .. but price can’t be beaten .. parking lot is same as that of Hampton inn.. so gets crowded .. when you enter , no one will check anything.. you have to put your car somewhere and then walk inside lobby and there is a desk and person there will get your details .. and take your keys etc .. overall not a great experience, apart from the price factor ..
Kellie Beukers
1 2 3 4 5
Thieves and poorly operated. They literally stole a pocket knife that my husband left in our console and all of our quarters (but not the dime). We were also told the wrong location at the airport to wait for the shuttle at--the first three times I called! I kept being told I was at the correct door and the shuttle was coming. The 4th time I called I talked to a different person who told us the correct door. We waited over an hour at 2 am because of that mess. We'll never use this place again.
joey difazio
1 2 3 4 5
They need to treat their customers cars with more respect. When I hand my keys to you I expect you might move it from one spot to another. When I got in my car to leave, the driver seat was in the fully reclined pushed back position and the radio was set to a local hip-hop station. I don’t know who from Select was “lounging” in my vehicle, but if you listen to JAM’N 94.5, you know who you are! Have a little more respect for your clients property!
Dawn Pelletier
1 2 3 4 5
This was the first and last time I will use Se-lect which should be renamed NEG-LECT. To be fair, they did their job taking us to the airport. But on the return, after calling for 8 minutes straight, no one answered the phone or we got a busy signal. So we took a taxi. When I went to Neg-lect, the man at the desk blamed it on Hampton Inn. When I went to Hampton, Neg-lect was blamed. Neither took responsibility which is always bad for business.
Jim B
1 2 3 4 5
Don’t park at the Select or Way Parking located at the Hampton Inn near Logan. They will insist you leave or keys, then there are additional miles on your vehicle and it’s not in the spot you parked when you return. If you refuse to leave your keys (as the staff at Way.com advise), they threaten you with towing your car off their lot as soon as you take there shuttle to the airport, even though you’ve already paid in full on the Way app.
Courtney L
1 2 3 4 5
A few weeks ago I left my car here for 6 days. The entire experience was positive and I'll be using them again. I got to the Hampton Inn at 4am and was worried about the shuttle being available. It was running early, the staff were polite and helpful. Quick pickup from the airport (waited only 5 min) at the end of my trip and retrieved my keys easily. Everything went very smoothly.
Joe O'Brien
1 2 3 4 5
Yesterday I returned to collect my car after an 8 hour flight. The attendant couldn’t find our keys. In the last month they put in a new system where they keep your keys and tag them. Previously it was self parking and you kept your keys with you. It’s still self parking.

After 30 minutes the attendant didn’t know what to do. I offered to locate my keys in their unorganized system. The keys were incorrectly tagged. Please go back to your old system .....

Also the bus was full on the way back to the hotel and after waiting 30 minutes. No social distancing and they went by a shopping mall to pick up a family who had to stand for the remainder of the journey
Brandon
1 2 3 4 5
Since they continue to delete my review on Way.com, I'll leave it here. Location: Hampton Inn. BEWARE: They overbook, make you leave your keys, and then drive your car to a location in Chelsea, MA. They do all of this without informing the customer. I wouldn't have known if it wasn't for my GPS car camera.

Shuttle experience: I had to wait 30 mins to be picked up from the airport. Due to COVID-19 restrictions, a max of 4 passengers are allowed. The shuttle had 7 passengers & the driver.

Spend more to park somewhere else! In this case, you definitely get what you pay for.
Michael Holub
1 2 3 4 5
Quick pick up and drop off
Kenny Tao
1 2 3 4 5
There do provides free shuttle to Airport, but that's all. The phone number on this site is dead. No one would answer. You have to take Uber or Lyft to pick up your car. DO NOT COME HERE.
Abbi Hubler
1 2 3 4 5
Tried parking at their lot while on vacation. Paid $50 to park my vehicle for 5 days - decent price. The customer service experience I had with the guy who answered the phone was awful! He was so rude. The guy who drove the shuttle to the airport was nice and courteous. I doubt I will use this service purely based on the experience I had with the guy who checked me in and answered the phone. He acted like I was inconveniencing him.
Vesna Agic
1 2 3 4 5
Horrible service. Was left stranded on airport with 2 kids they wouldn’t even pick up the calls when I arrived to be picked up. Ended up paying taxi to get me to my car. Don’t waste your money.
Kasey Connor
1 2 3 4 5
We arrived early morning for our flight and waited 20 minutes before we were greeted by anyone then another 25 minutes before we were taken to the airport. Upon our return we called when we landed like instructed and were told “just a couple minutes” 25 minutes later the driver arrived. When we got back to the hotel the gentleman handed me my keys and told me where I could find my car... welp it wasn’t there. In a completely different location which we found by walking around the parking lot pressing the panic button. When we eventually found the vehicle the windows were WIDE OPEN!!!! DONT WASTE YOUR TIME OR MONEY!!!
Doug Vernx
1 2 3 4 5
Handy place to park to wait for a flight to come in.
Joshua Short
1 2 3 4 5
They only get a 1 star because negative 740 wasn’t an option. They don’t pick up every 20 minutes. Waited over an hour. They dropped off at baggage claim and picked up at check in. Our car was moved and smelled like weed with the stereo up. Lied about when they were coming to pick us up. Use a different one down the street. Much better service.
Wesley Smith
1 2 3 4 5
Excellent service and fair prices will use every time I go into Logan.
Thomas C
1 2 3 4 5
Used their parking service at the Hampton Inn. Parked the car for 4 days and left the keys with the guy at the counter. No problems at all. Returned to find they had moved the car closer to the entrance to make it easier to pack my bags in the trunk and leave - very considerate. The shuttle took a while to pick me up at the airport, but that was Hampton Inn's fault, not Se-lect. I'd certainly consider using this parking service again.

After parking and handing over my keys, I was horrified to read some of the other reviews. Maybe I got lucky? My advice would be to take pictures of your car before you hands over the keys, or go over the car with the attendant to verify there is no damage when you first drop off the car. Then you'll have proof that the car wasn't damaged prior to drop off.
Catena Crozier-Fitzgerald
1 2 3 4 5
we waited 45 minutes for the shuttle and even after calling twice and they said it would arrive shortly, we eventually had to take a cab. when we got back to the parking the lot, the shuttle had never left and the guy barely apologized.
Reb Davids
1 2 3 4 5
Great service. Arrived at 4:30 am, and called to ask where to park my car and the man answered promptly, and we walked in to Comfort Inn and he was very nice to us. He offered me breakfast, too. The shuttle arrived 2 min later and we made it to the airport within 10 min.

When we got home, I called and the woman said they would be there within 15 min and I was texted a link to show how far away the shuttle was.

I don't see how people have difficulty with this service. I am sorry that they did, though.
Jason Maggard
1 2 3 4 5
They severely wrecked my car into another car while my car was parked by them in the garage. They have refused to talk to me or my insurance even though the attendant on duty admitted it was obviously new and occured there. I Have used multiple times and appreciate the friendly staff but to absolutely not deal with wrecking two cars and offering a solution is outrageous. If your white car got damaged (color paint all over my car) please contact me.
Cheryl Eco
1 2 3 4 5
I wish I can give 0 stars. First of all , you can not see their sign. Came In late from a long flight and Waited more than 15 minutes for first shuttle and it was full. Second shuttle came 10 minutes after and full. Now waiting for third shuttle. Another 10 minutes and it better not be full. Listen to the reviews and do not park with these guys. They do not count the number of people they are picking up and not making sure that there are enough drivers who can pick them up!!!!
Deed F
1 2 3 4 5
Parking was tight..not a lot of spaces left. Luckily my husband said he got the last one. They were quick to get our information and send us to the shuttle that filled up quickly at 5am. Return service was great and they brought my car right to the front door.
Alexi Tetrault
1 2 3 4 5
DO NOT PARK HERE if you want to keep your car the way it was before you dropped it off!!!! I wish I had read the reviews before choosing this place-- it would have saved me A LOT of anger and disappointment!!! All of the poor reviews stated previously are true, as I had the exact same experience.

We chose to park here as they offered cheap rates, but in return the cost of your car repair will be HUNDREDS more! (yep, my estimate to repair it was $430!!!!) Upon receiving my car back I immediately noticed the sides of my back bumper totally swiped by other cars AND with paint chipped off. When I approached the front desk after noticing, they just pointed to the sign that you should take pictures beforehand, and pretty much admit that the owner/manager will not do a thing to help you or support his business.

Don't waste your time trying to contact him, also known as "Jim"-- the staff will tell you he only works 2 hours a day and he happens to be "out of the office" every time you call. He never returns any voicemails.

This place is an absolute JOKE and should be shut down for absolutely terrible and EMBARRASSING service.

Select Airport Valet Parking is unavailable to book on our website. Search for other parking options available at BOS.

Select Airport Valet Parking is unavailable to book on our website. Search for other parking options available at BOS.