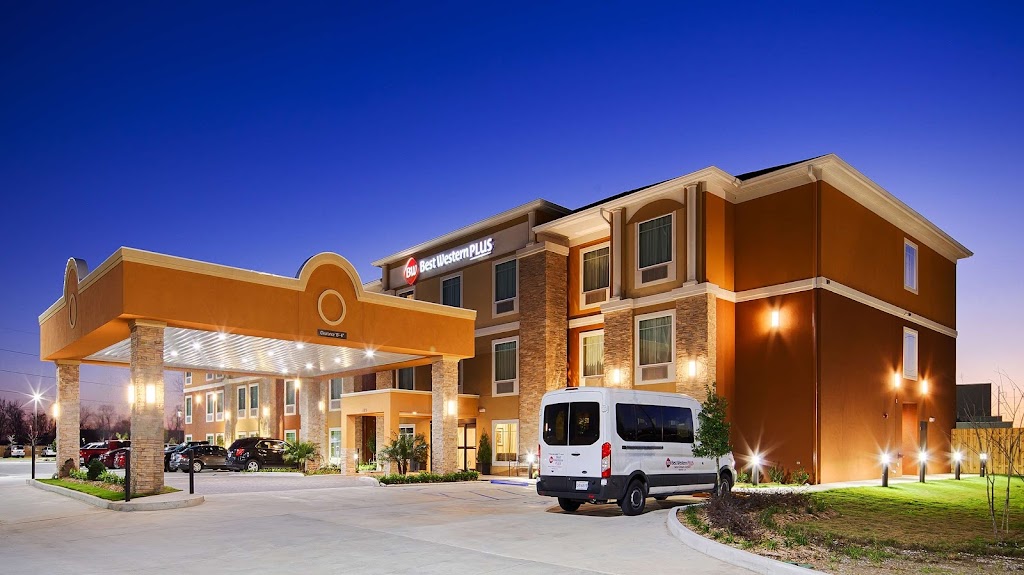 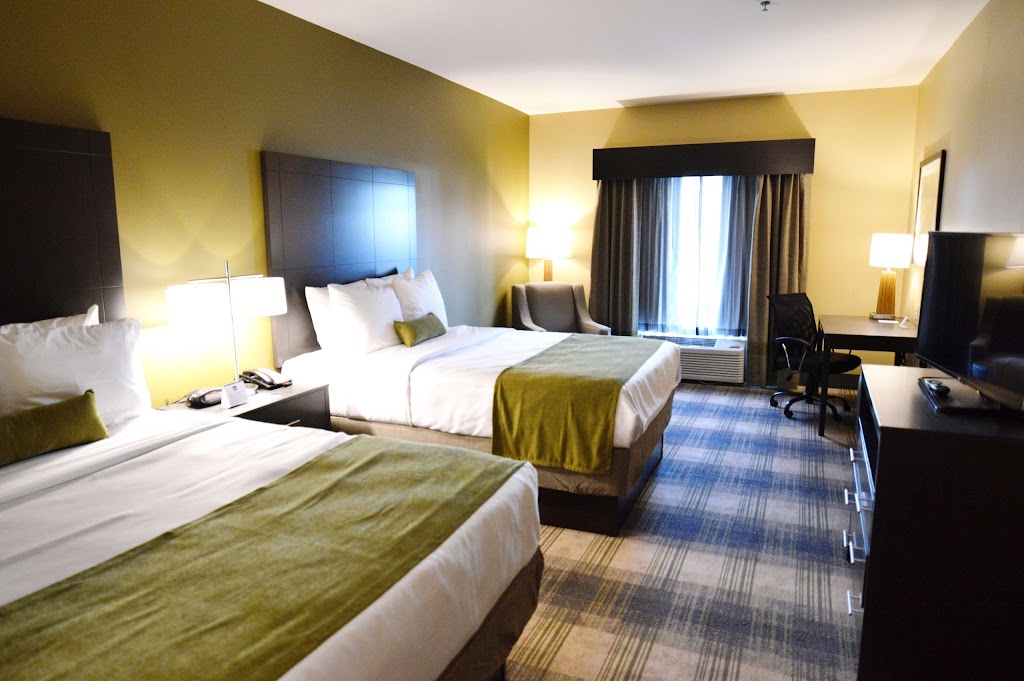 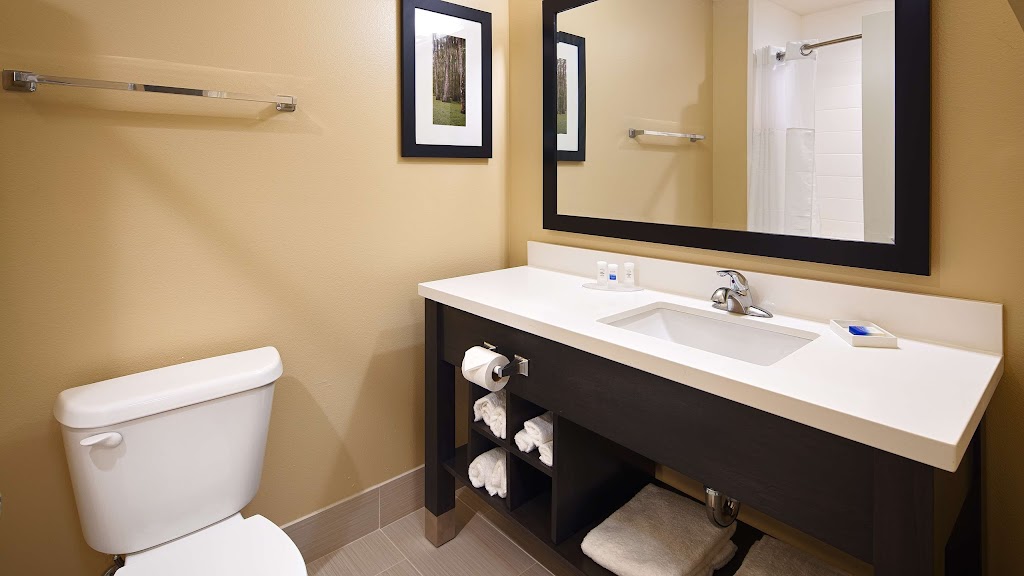 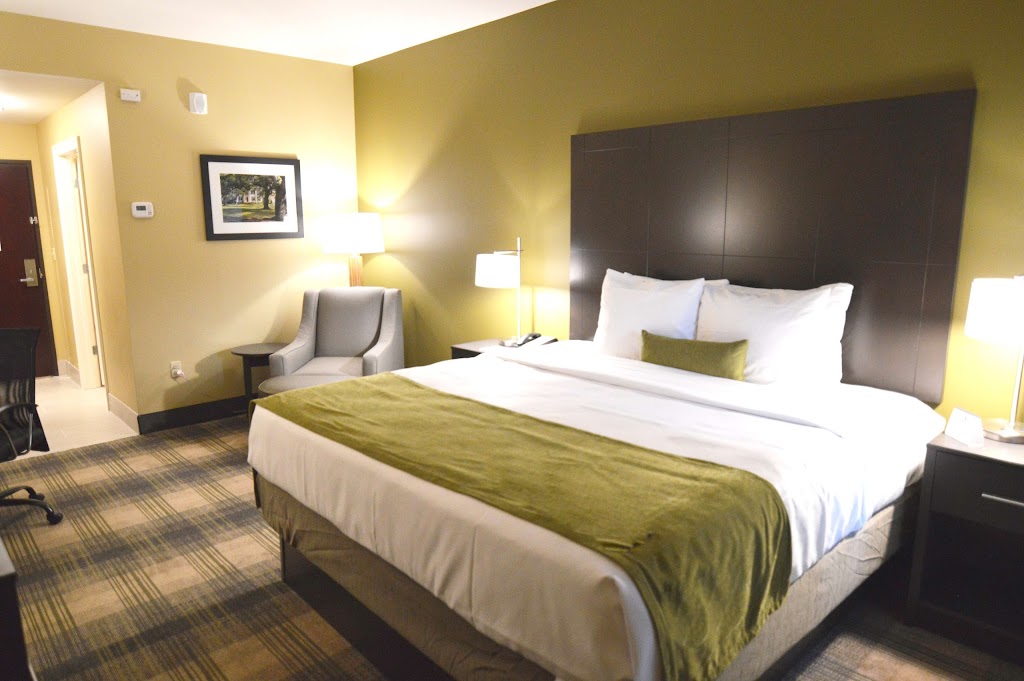 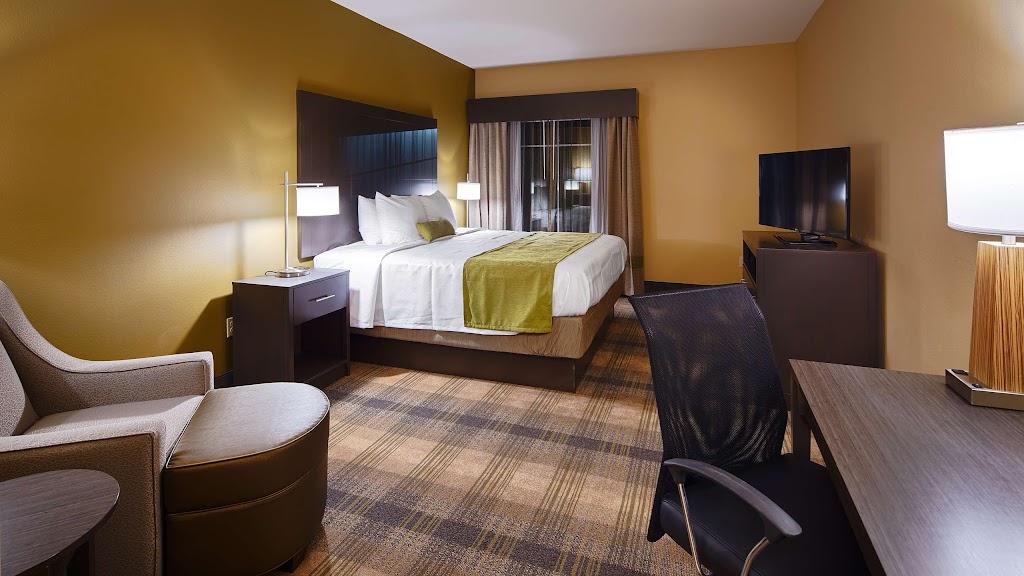 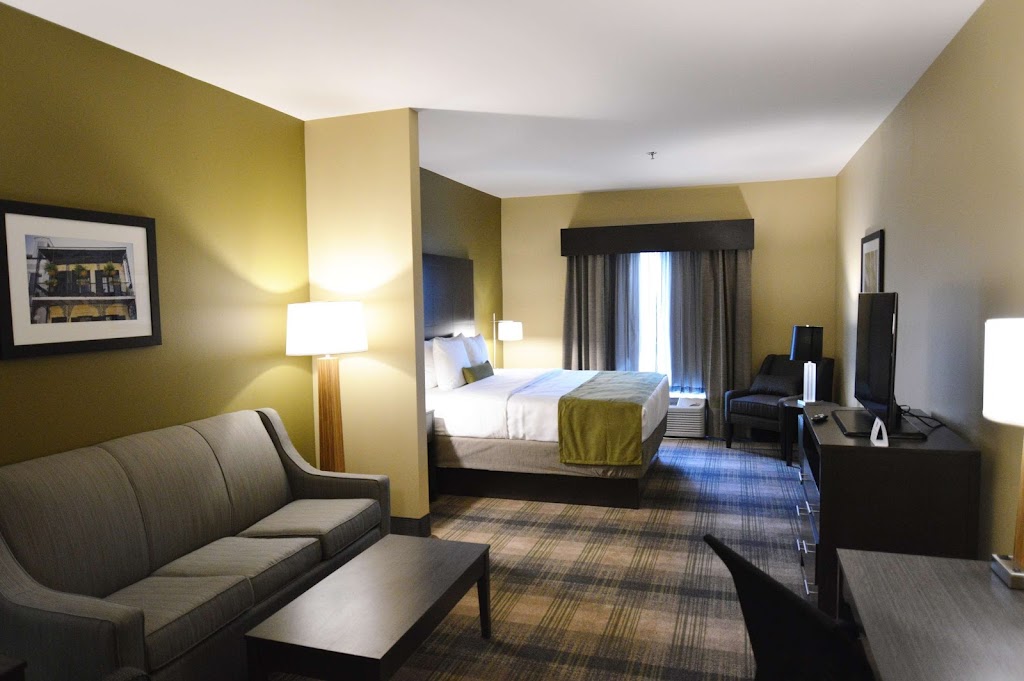 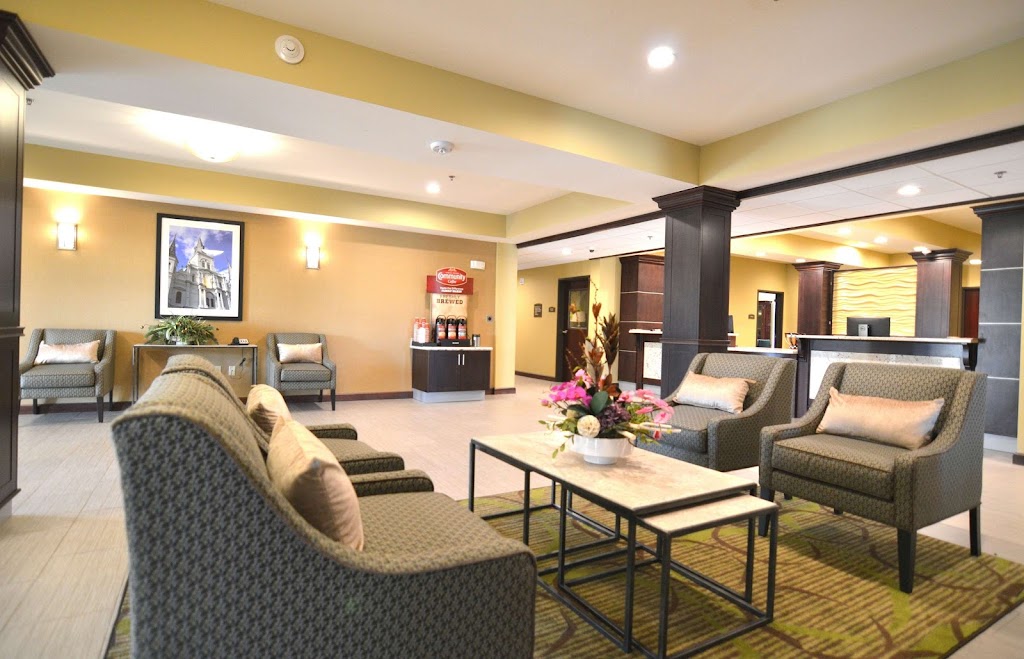 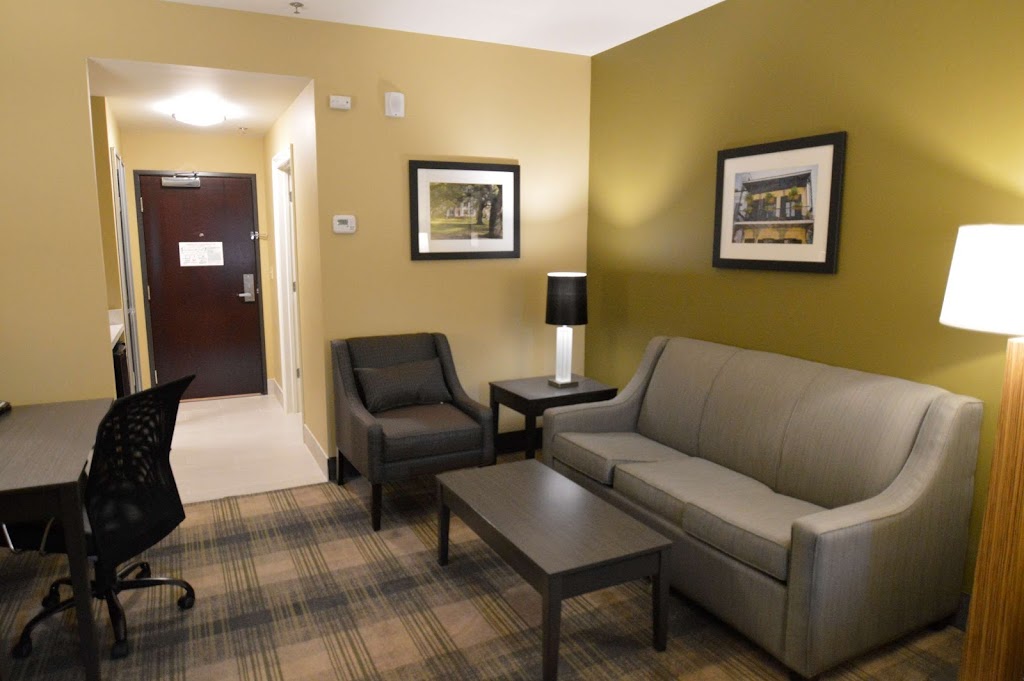 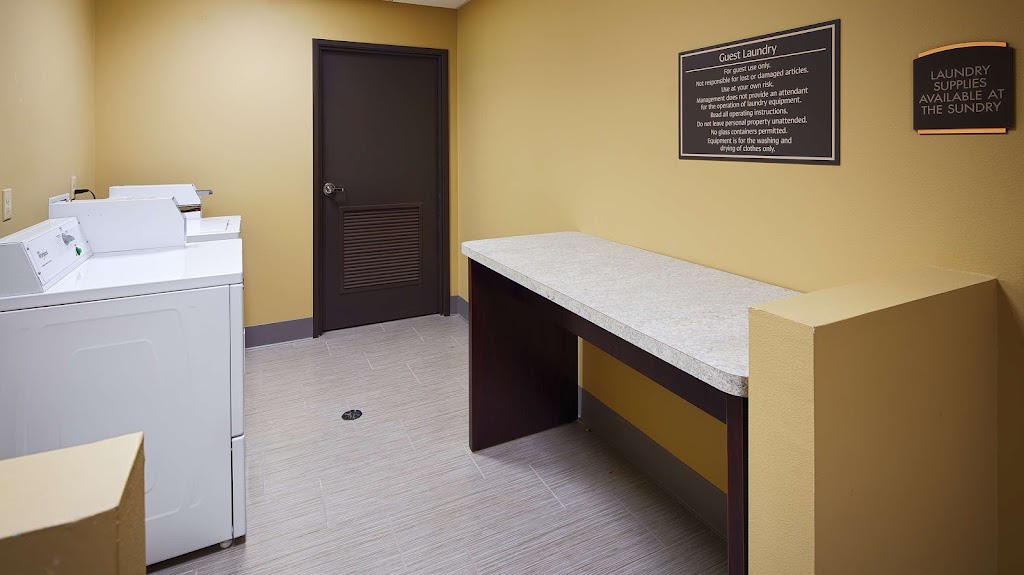 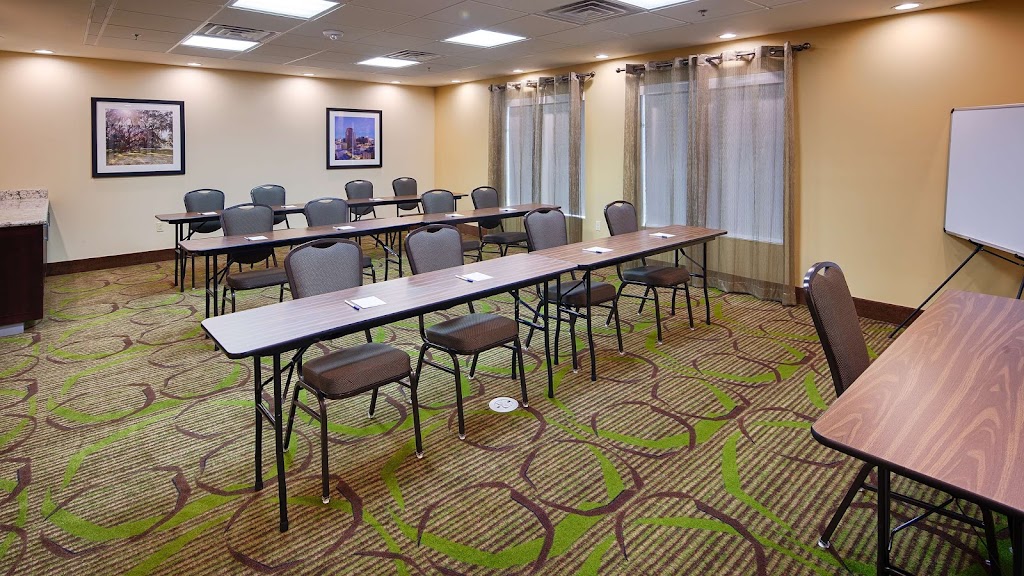 View All
4
Good
1 2 3 4 5
(Based on 465 reviews)
Walter Shickel
1 2 3 4 5
Very nice! Professional and very clean. Enjoyed my quarantine period there. Lol! Kidding just had to get away. Will go again. Thanks.
Sid Sid
1 2 3 4 5
This is the best hotel in kenner everyone should come here
Terri Dunn
1 2 3 4 5
I have used them for parking. The staff is very nice and personable.
White Lily Films
1 2 3 4 5
Meh, it's a BW how good can it be?
jenny foster
1 2 3 4 5
Nice place and clean. Breakfast was a little lackluster. Would stay here again
Mykel J
1 2 3 4 5
Since they moved the airport terminal, this is very far away. The "north" airport hotels are now closer. Holiday inn, radisson, etc.
lcp191
1 2 3 4 5
I highly recommend you do NOT stay at this property. As a Diamond Select member, this was absolutely the worst Best Western property I have ever stayed in.

Tina checked me in and was friendly, but it went downhill from there. As soon as I walked in, I noticed the room hadn't been cleaned at all. It appeared the beds had been made, towels replaced, and that was it.

There was a huge stain on the pillow, and there was no way that it could have been overlooked over by the housekeeper, or an executive housekeeper if one even works here. Once I pulled back the sheets, they were very wrinkled with hair and food crumbs/particles. Bathroom wasn't cleaned throughly as well.

I spoke with the front desk within minutes of checking in. The property was near sold out that evening, and they had no rooms of the same type available. Since I had another room, we all ended up sleeping in that room.

The next morning, I was told there was an emergency with the housekeeper that day, and they weren't sure what rooms she had cleaned already. (Basically they were in a rush since the hotel was sold out the next night, so they just made up the beds with dirty sheets is what he was really trying to say). I was assured a manager would contact me to discuss a refund.

Two weeks have since passed, I have called everyday asking for a manager, only to be told every time he's unavailable. I have also contacted Best Western Corporate, but they do not have the authorization to do refunds.

Management of this hotel might even be worse then the cleanliness. Do yourself a favor and stay at the Holiday Inn Airport North instead.
Kevin Loder
1 2 3 4 5
Alright if just need an airport hotel. Room for improvement on cleanliness. Breakfast ok. Soap products nice.
J Henson
1 2 3 4 5
The rooms are beautiful

Price is fare just a heads up leave your fury family members at Home not pets aloud. Convenient location
Ricco March
1 2 3 4 5
This place is very very nice. Full breakfast, shuttle to the airport, super clean , awesome staff, i wish the airports was as clan as this hotel was, it would be so much better to see and land at THANK YOYU BEST WESTERN!!!
Melinda Morrell
1 2 3 4 5
Convenient location but it is near railroad tracks. Not a problem for me but just a caution. Clean rooms, comfortable bed and chairs. Free breakfast is usual fare found at most mid-range cost hotels. Courteous, helpful staff. My only complaint was no closed caption on the TV!
Ivy McQuain
1 2 3 4 5
I don't ever recall ever being in a motel where you can literally hear every step someone makes and the hear the conversation from the floor above but this place takes the case. I could not sleep because of the motion of the people over my room.

The room was beautiful and the check in clerk accommodated me without me asking for a handicap room. The shower was nice.

But I wouldn't stay here again unless they are going to open the floor and include insulation.
Kyle Lindley
1 2 3 4 5
Room was adequate but this soured on return, Do not fall for the shuttle service to the port, the charge that is advised is $15 and then the parking fees. What apparently they don’t advise since this seems to be a modified version of their airport service is that the $15 only covers a one way trip. Which if that was advised at the beginning would be fine. We arrived at the hotel around 12am the day of our cruise and noticed they offered a shuttle service and parking, we inquired about the service and were told the parking rates and then $15 for shuttle service and when we return from the cruise we would be able to call and they would pick us up. We thought this would be great we wouldn’t have to fight to navigate streets that were unfamiliar and it would be slightly cheaper, a win win. This is not how it worked, the drop off super easy, we get back from our cruise and call and the gentleman said “oh $15 only covers one way” I proceeded to let them know that is not what we were advised of and explained the situation. The response was lack luster from the “front desk supervisor”, no apology or empathy shown period, no solutions provided other than we can recommend a cab service for you. When requesting a some higher to speak with he let me know it would be a moment, a woman then got on the line, she did not provide name or title just “ Best western, how can I help you”. I explained the situation again, and big surprise again no sympathy or empathy shown just “ well you were misinformed”. That’s it not even the offer to assist in anyway, I then asked if it was the hotels common practice to offer one way trips to a cruise terminal that was roughly 30-40 minutes again “ oh that’s how some people want it” when I asked for a solution she begrudgingly said “well if you pay the $15 we can have our shuttle come get you” obviously not what we were quoted but we were okay paying for the service since it is outside the normal range of their shuttles which is the airport( which is across the road from the hotel). I let her know that was fine and would be a good solution and asked about what time we should expect the shuttle. She then let me know that the return shuttle when be the same shuttle time that delivered us originally 12 or later. For information purposes all cruises have a debarkation time that they stick to pretty much to a T, our cruise line had us off the boat at 9am so I was on the phone with the hotel at 9:50 or so. The solution she was offering was a roughly 2 hour wait on a cruise terminal with our luggage, this is not a solution this was rude and absolutely ridiculous, we will no longer be staying at any Best Westerns anywhere because of this behavior, and yes I know it is cliche but our family of 22 that vacations every other year together will not be either. The behavior of this woman was horrendous and she should be speaking with customers in anyway and should be sequestered to cleaning rooms to prevent as much contact with them as possible.
Alan Adlard
1 2 3 4 5
Convenient location for flights out Louis Armstrong Airport. Shuttle services included and reasonable parking fees. Great friendly staff that went out of their way to accommodate us. Lots of Cajun cuisine near by. Can't wait to go back

Best Western Plus New Orleans Airport Hotel is unavailable to book on our website. Search for other parking options available at MSY.

Best Western Plus New Orleans Airport Hotel is unavailable to book on our website. Search for other parking options available at MSY.