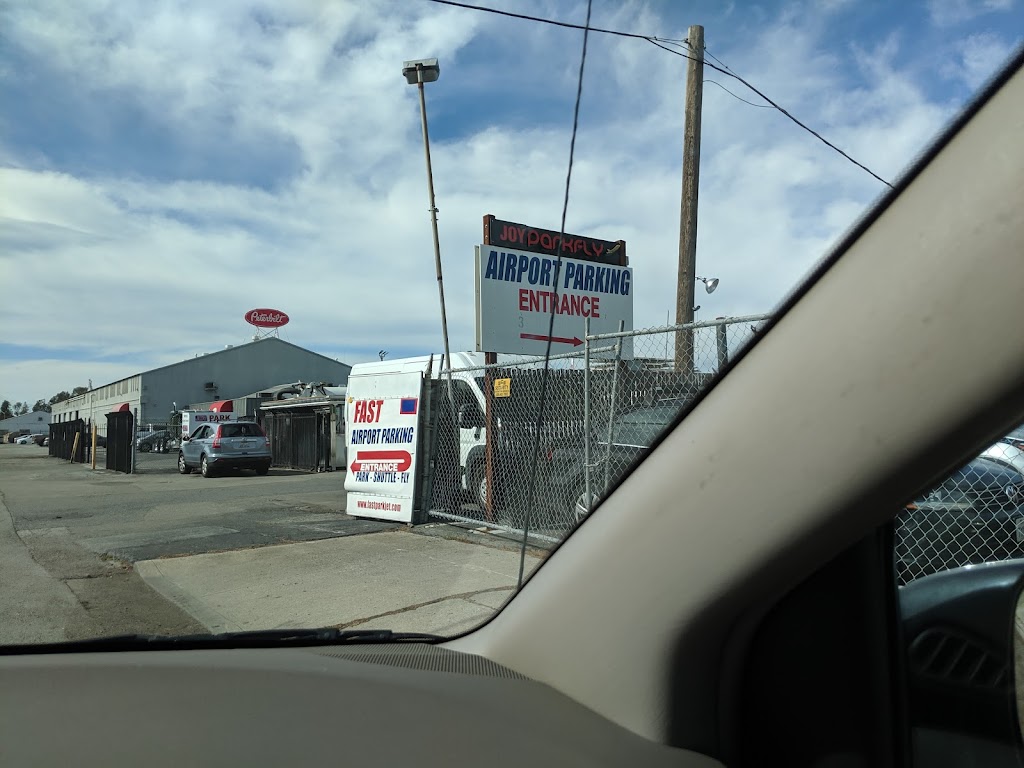 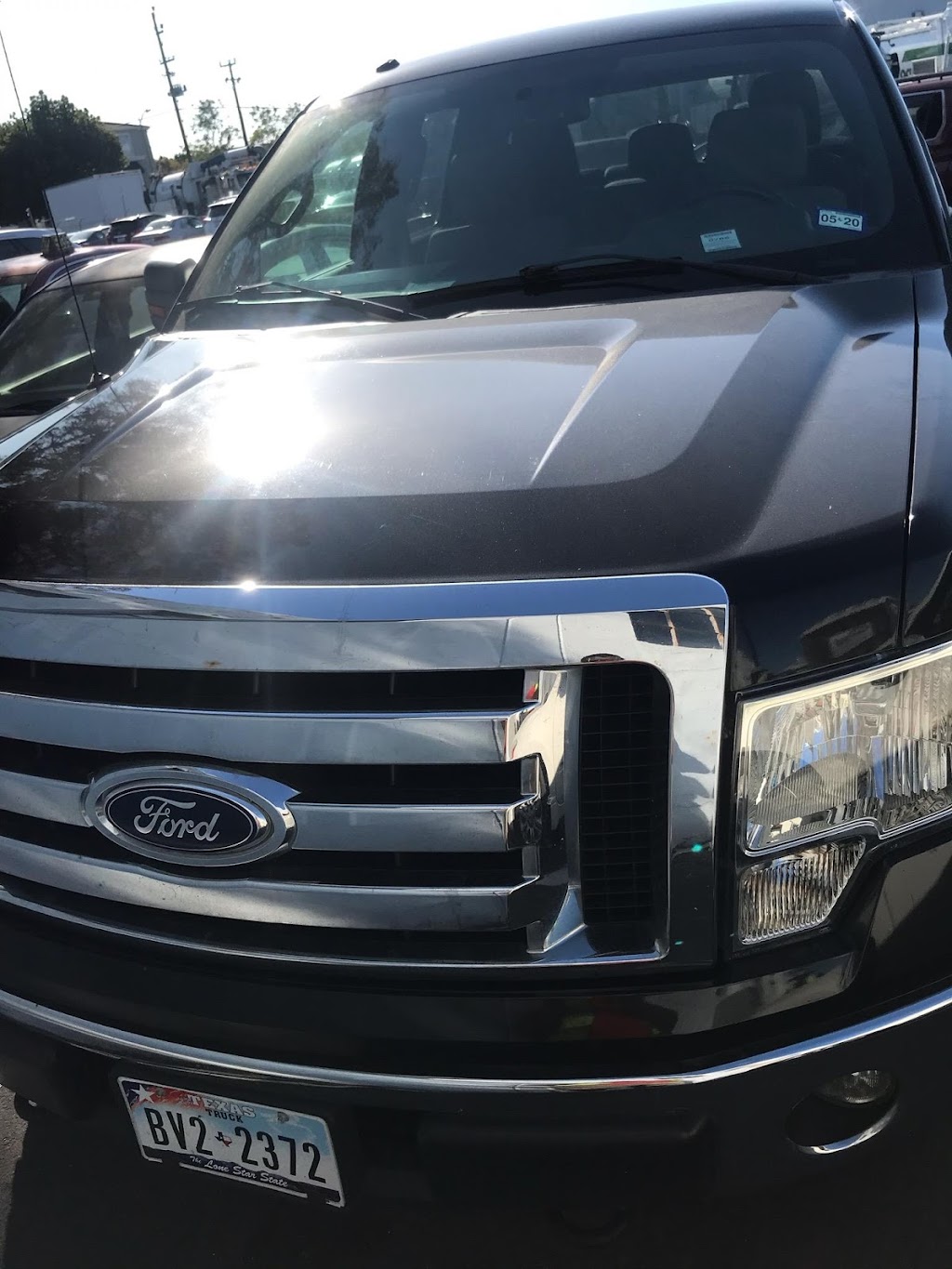 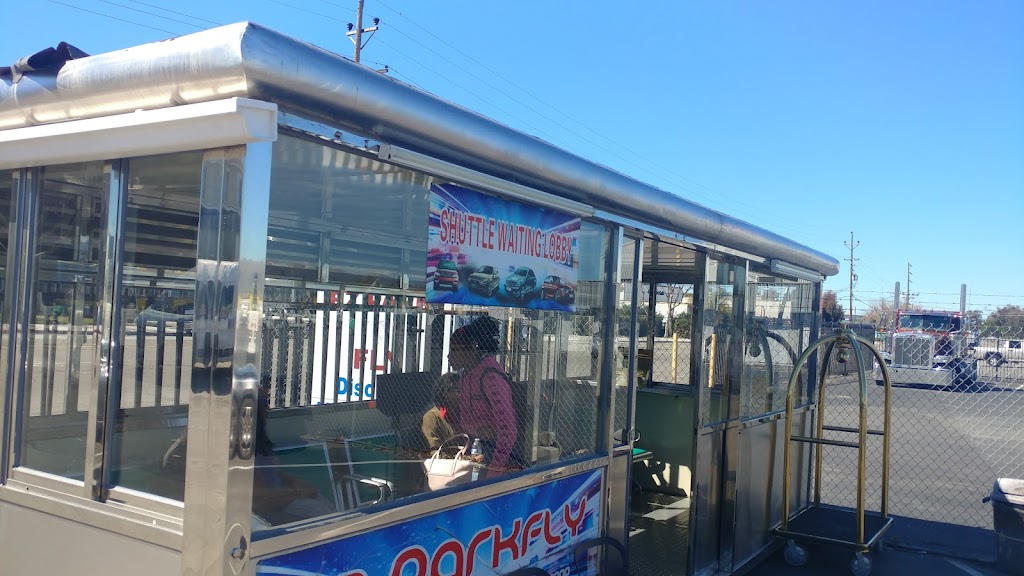 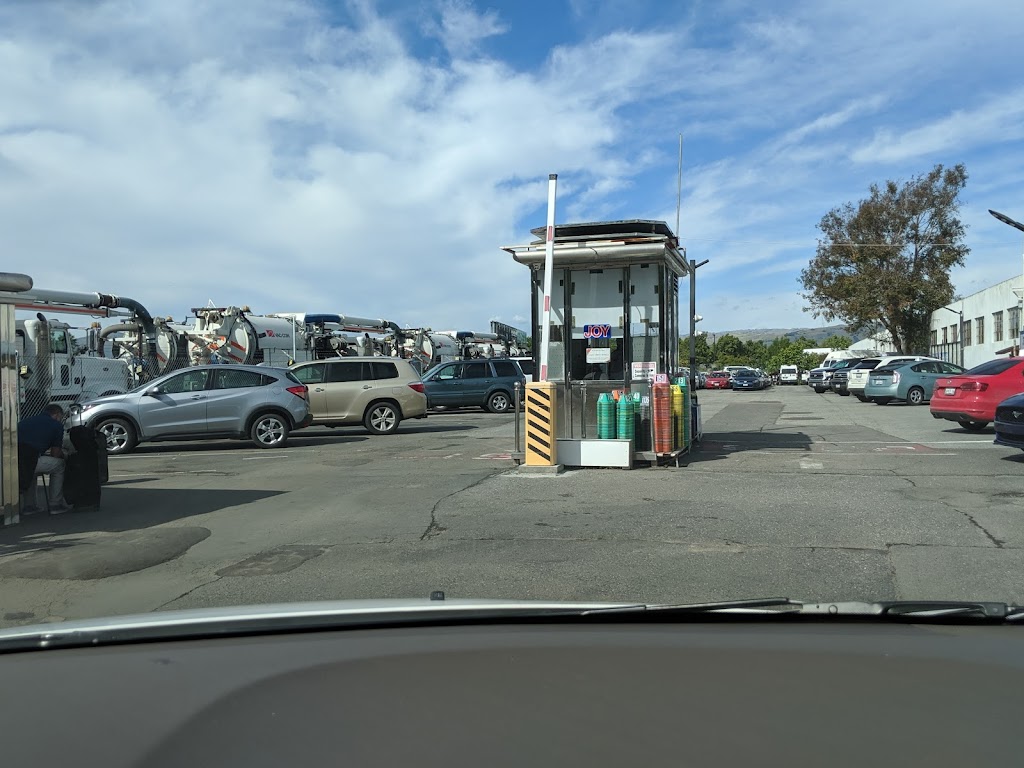 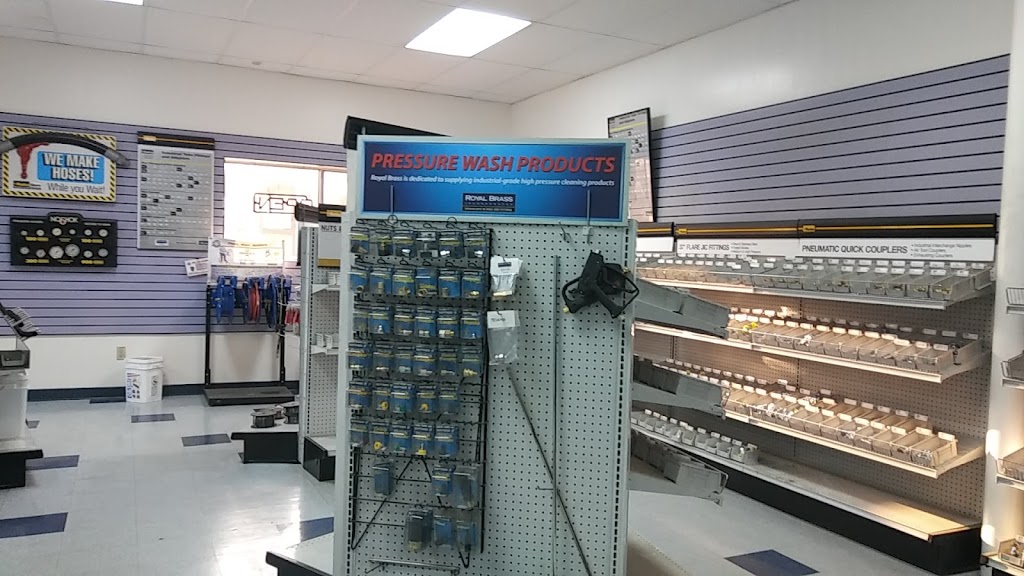 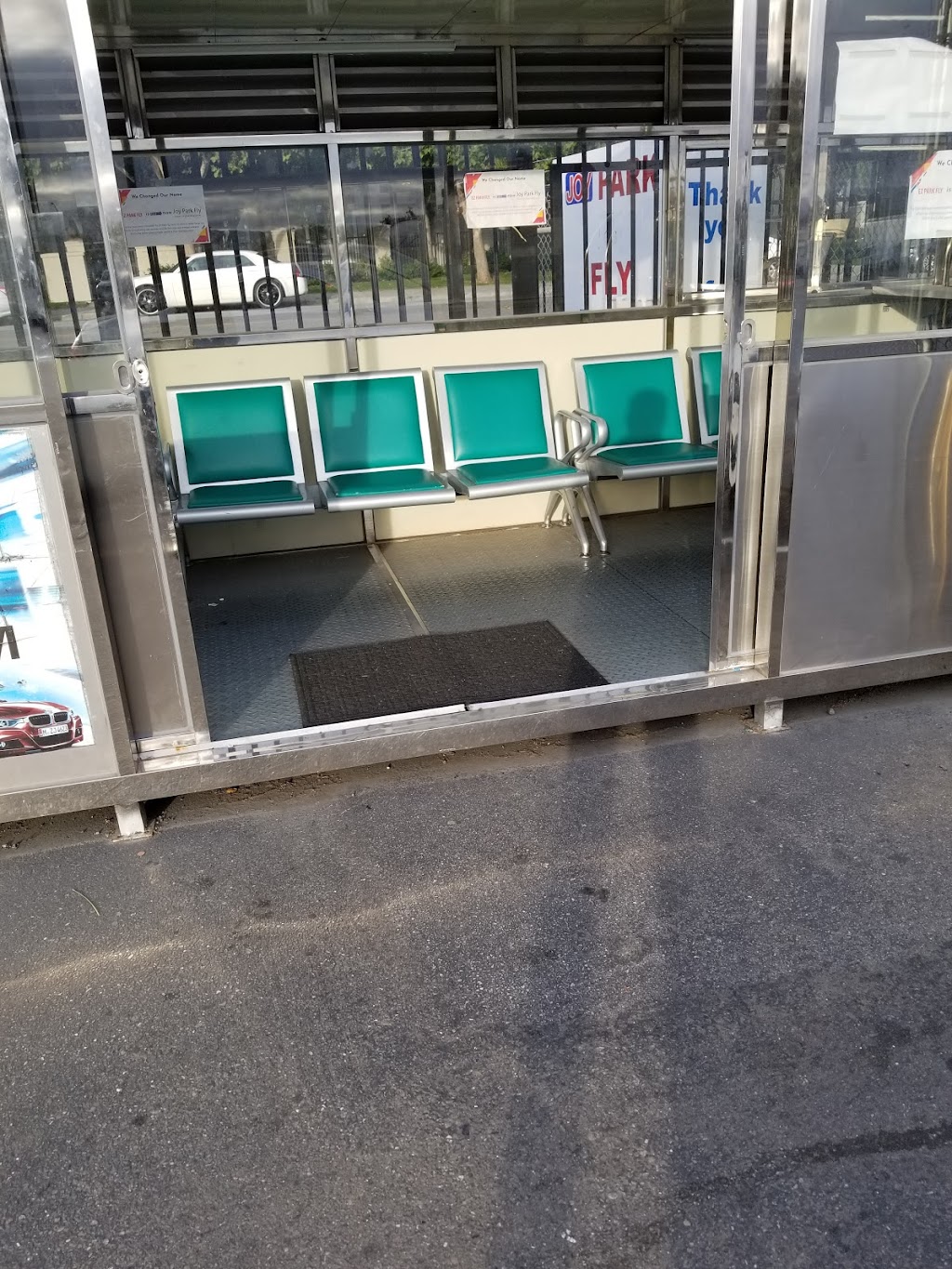 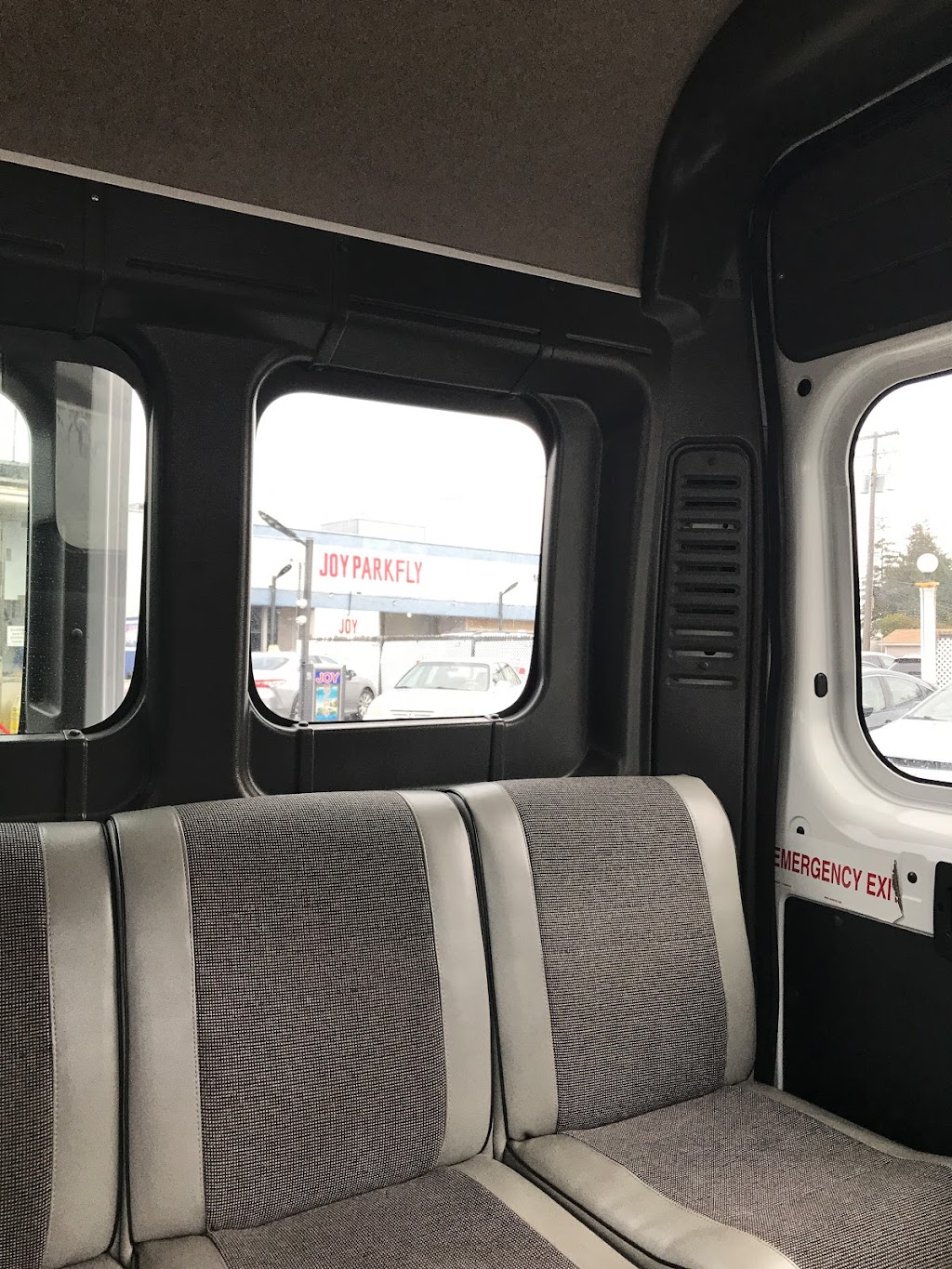 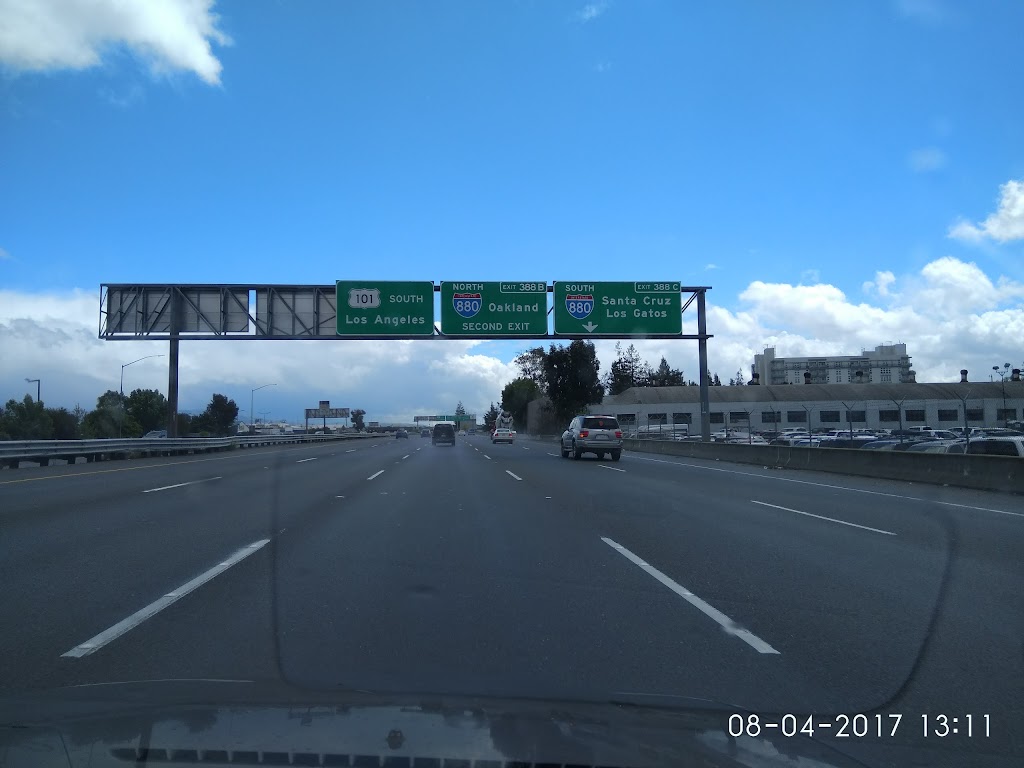 View All
3.7
Good
1 2 3 4 5
(Based on 131 reviews)
James Duncan
1 2 3 4 5
Used this lot many times when I was traveling regularly to Canada. I was always slick. Very little waiting for the shuttle. At first I was parking my own car inside but went regularly to the valet, which was cheaper and very efficient. I always book online. It's easy and cheaper.
George Liu
1 2 3 4 5
Very bad experience with Joy Park Fly: I didn't get any refund (~$105) even I requested cancellation ~3 weeks before the parking start date. I filed the request online, and also called them a few times to cancel my reservation (no one answered the phone, only message recorder. And I left messages). I plan to report my experience to BBB. They should not do business like this!
Scotty Rocket
1 2 3 4 5
We made a reservation and had to cancel it. I did so through their website 48 hours prior to our reservation. They did not refund nor do they reply to emails or phone calls. Had to call credit card to dispute.

We've used this parking service when it was EZ Park N Fly. The only issue was a long wait for the shuttle after a flight. I'm not impressed with how they handle cancellations and refunds.
Jodi Louderback
1 2 3 4 5
Caution. While this parking is convenient and I THOUGHT good, I took a picture of my odometer upon leaving my vehicle. Much to my shock, six miles had been put on my car in the 1.5 days I had it there. I had suspicions the last time I left it there. I left a couple of unopened birthday cards on passenger seat of the car. They were not there when I returned. I told them at the kiosk and immediately one of the employees found them wedged between the passenger seat and the console. I was so flustered I forgot to check the mileage until about 20 miles down the road . I suspect they drove it then as well. Also, when I went to get my keys they could not be found yet the guy behind me, they got the keys right away. I will take this up with their management and SJO airport. Really pisses me off!!!!
Jon Nixon
1 2 3 4 5
Really great spot, close by have used them going on 3 years now. Get there, tell them your conformation number, park and shuttle. If you don’t feel like waiting Uber is less than $10
Derek Huckobey
1 2 3 4 5
These guys are great! I've been using their parking services for several years and always a good experience!

Thanks guys!!👍
Maggie Wagner
1 2 3 4 5
Hands down the easiest way to park for the airport. Timely shuttle service and quick turnarounds!
Elizabeth Plata
1 2 3 4 5
Parking spot is affordable but receives two star for not advertising that it’s not a self park. Plus customer service could be more cheery and less bossy.
Marco Fahrbach
1 2 3 4 5
Driver packed too many people in the bus. An old man had to stand up the entire trip. And a year old was on his mothers lap. 2 too many. Not safe. He drove slow and smooth though
Ashley Kijek
1 2 3 4 5
I just want to start this off that I am not a person with extraordinarily high standards. I would have given this place a higher rating but there is a lack of professionalism at this establishment. The man at the gate who was directing drivers and greeting people was arrogant and rude. I made an online reservation and had not written down the confirmation number. I had booked this last minute because of unforeseen changes to my flight. I was told to "come back" when I had my reservation number even though he could see I was trying to pull it up on my phone. In the end, he looked up the reservation with my first and last name so I'm not sure why I was told to "come back" when he had the ability to look it up. Also, when he was handing me the parking ticket, I asked him to repeat himself because I didn't catch what he said (talking fast, thick accent, me being thrown off how surly this guy has been) and he told me to "wake up". At that point, I wanted to leave because this person clearly doesn't respect my money or time as a patron of their establishment but I did not want to cause a scene. I ended up self-parking indoors because I did not trust this business and did not want to leave my keys. Overall, especially after seeing that this is their normal behavior, I would not recommend this parking to anyone. My car didn't get broken into or damaged but I feel like there's a lot to be said about taking pride in your job and providing good customer service.
John Link
1 2 3 4 5
I paid for self parking. Half way to the airport on the shuttle the driver asked for my keys because the parking spot I was instructed to park in apparently was not the correct one. I refused to give him my keys and told him I would ride back with the driver and park my truck in another stall. Once back at the lot they told me I was upgraded to valet parking and they again asked for me keys. I told them I wanted to keep my keys and told them I would re park. They offered the inside parking for an additional $3 a day which I asked them to waive since they were overbooked on the outside self park. Understanding that they can upgrade reservations to valet I did not want to give them my keys. Only when I said that I was going to park with another company did they have me repack my truck five spots down from the original spot. The same thing happened to another customer at the same time. Then we sat in a full shuttle while the driver continued to help park additional cars in the heat. This wait is making passengers late for their flights.
David Chappell
1 2 3 4 5
Better hope there are not alot of people waiting you could be there for 30 minutes or more
esmeman :0
1 2 3 4 5
At first they seemed fine the place was in a good location, but the guys were a little weird and not direct with me showing me to a parking spot and then rushing me to leave. After I returned from my trip I found my car to be infested with ants and some spiders both in and out of my car. I asked the management to compensate me for the unbelievable lack of care for the infestation of my car and they laughed it off in a nonchalant way saying it’s not their problem. I then sat in their lit for 20 minutes swatting away at the ants in and out of my car. Now I went and bought a fogger to kill the ants and spiders and a car wash to get them out. If you leave your car in their care you are putting your stuff at risk. There are tons of other parking lots to choose from and I can say for certain I’ll never come back to this place due to the disrespectful management and poor quality of the lot itself.
Darshil D
1 2 3 4 5
Parked my car here for a flight from SJC, attend was very nice. Would recommend pre-booking online but you can pay when you come get your car too
Ken Surber
1 2 3 4 5
Dishonest crew. Left my car for a couple of extra days and when I went to check out, the attendant said the cost would be $30 more. I thought that was odd. He asked if I wanted a receipt and I said ‘yes’.

So...he fiddled with his computer for a couple of more minutes and guess what? The cost was now only $23! I’m getting really sick of people trying to rip me off one way or another in this state of CA. Glad I bought in another state last year.