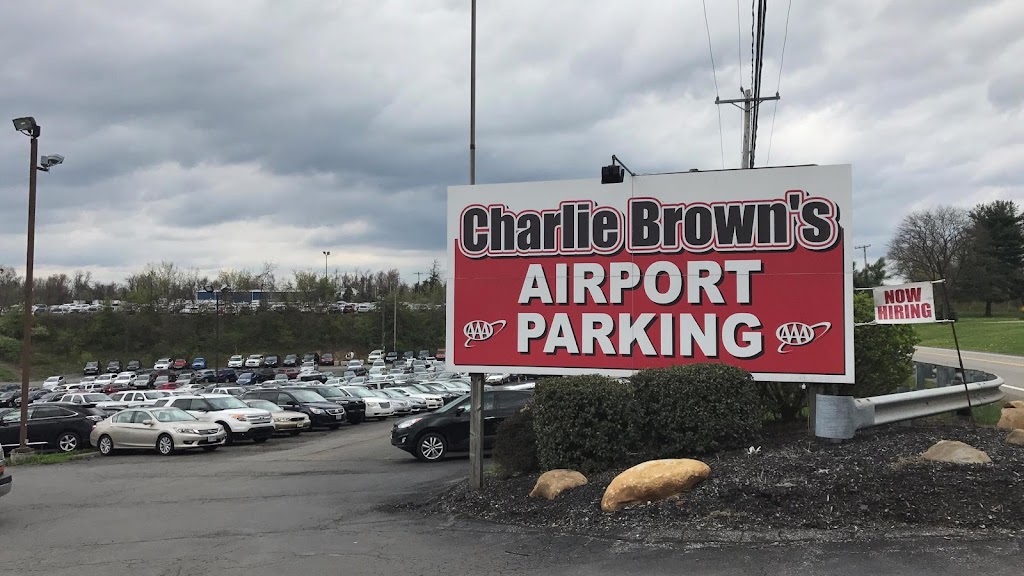 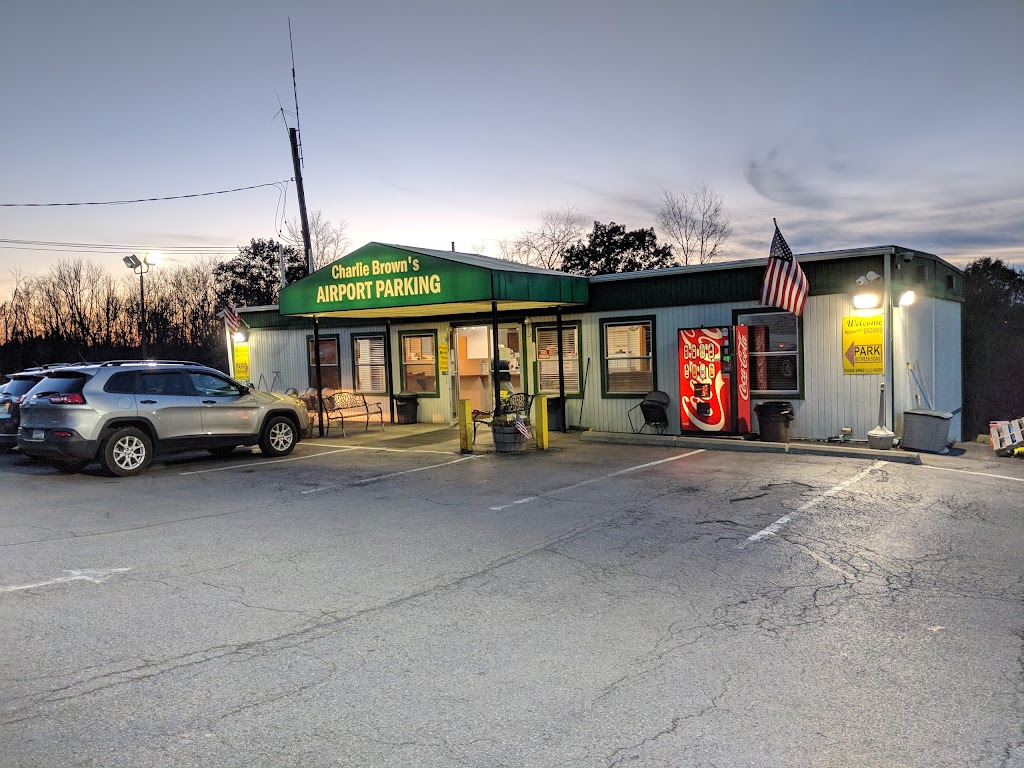 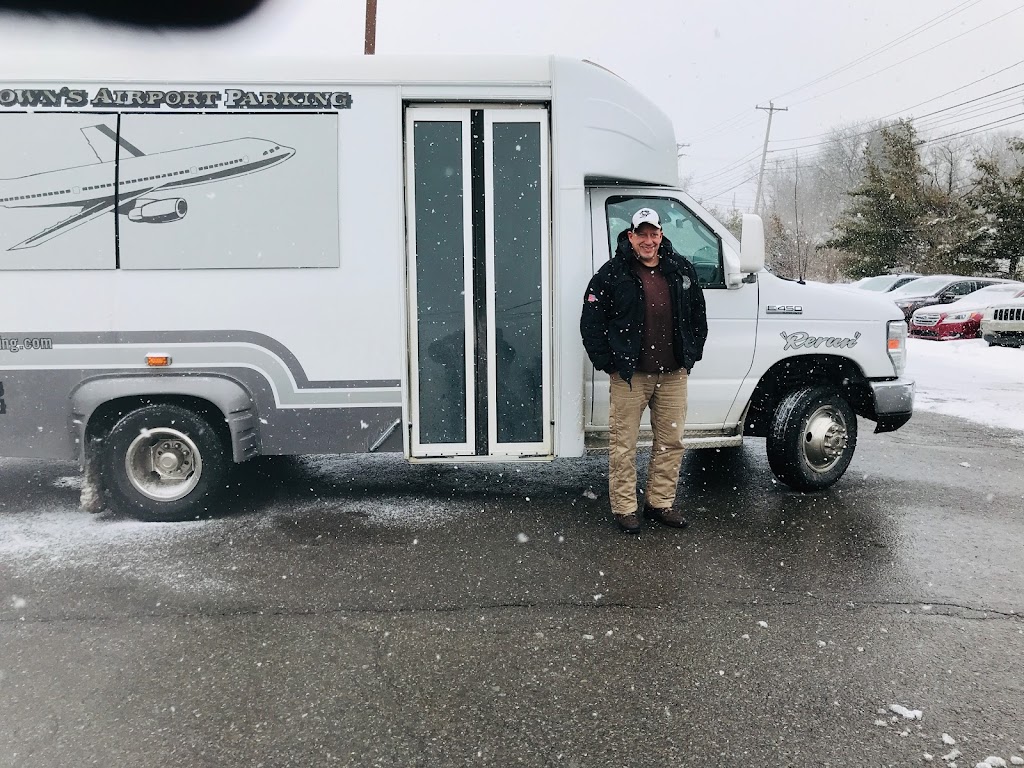 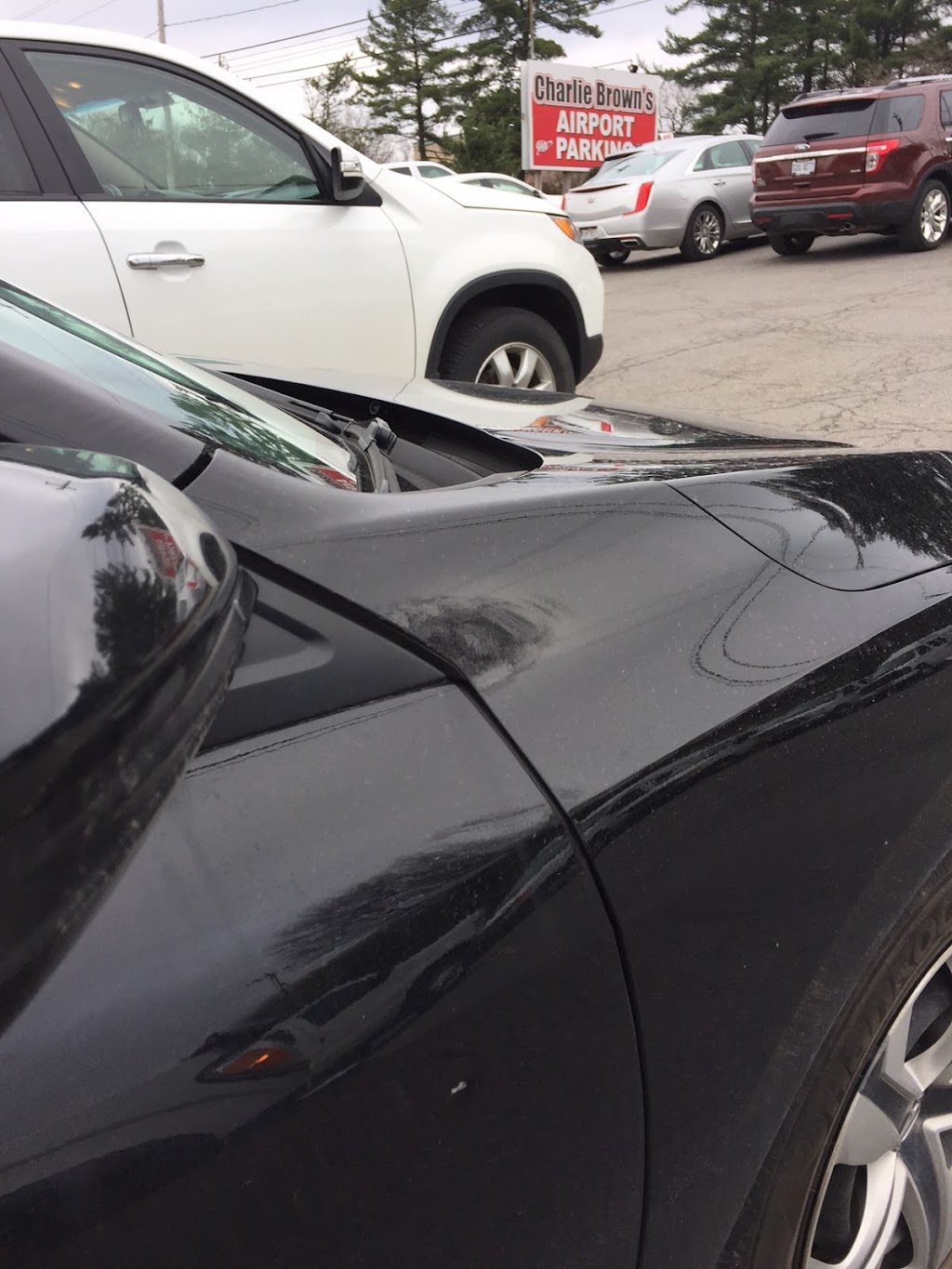 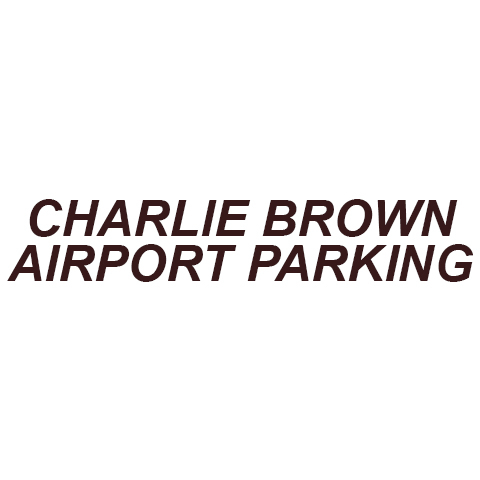 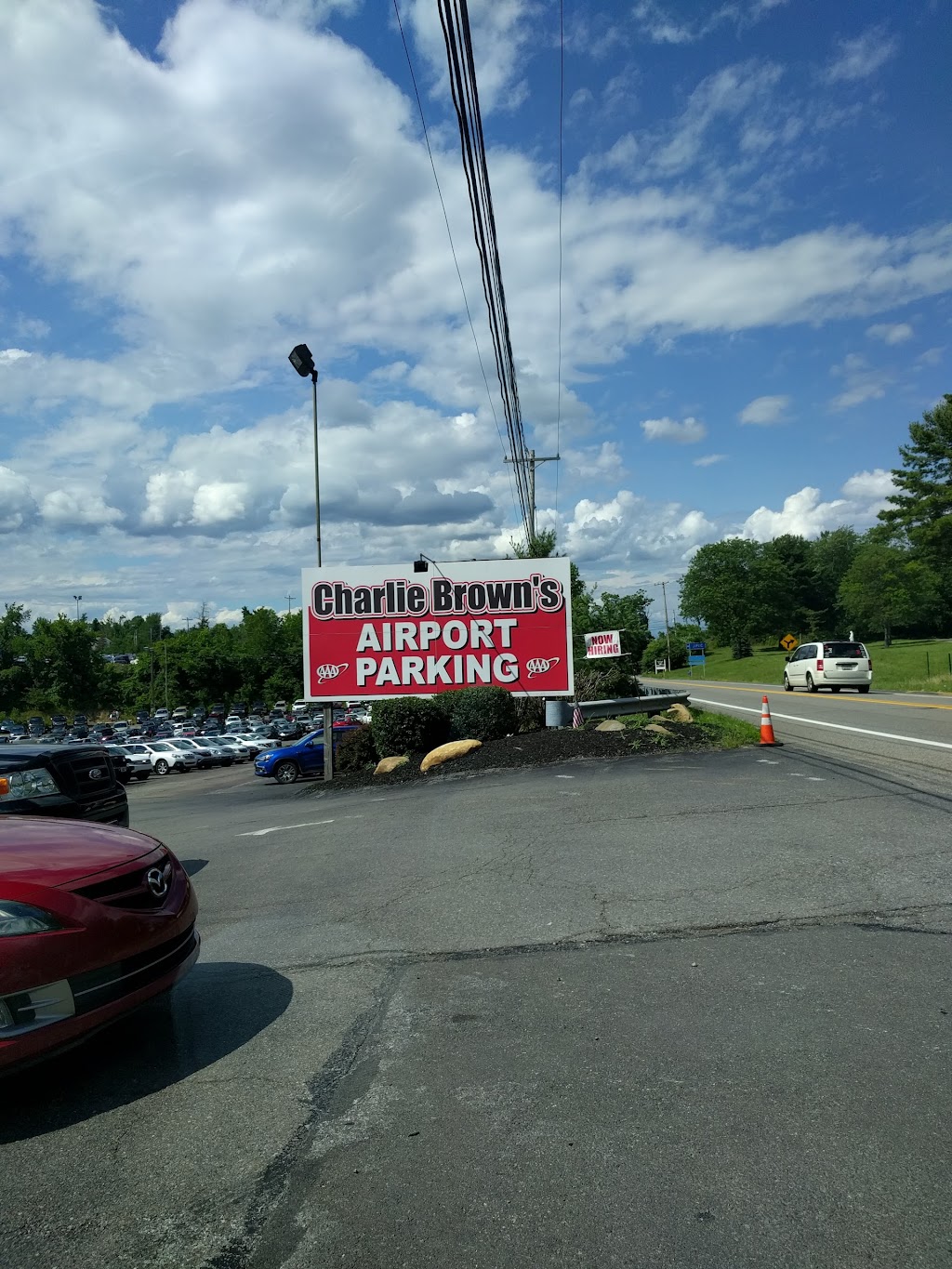 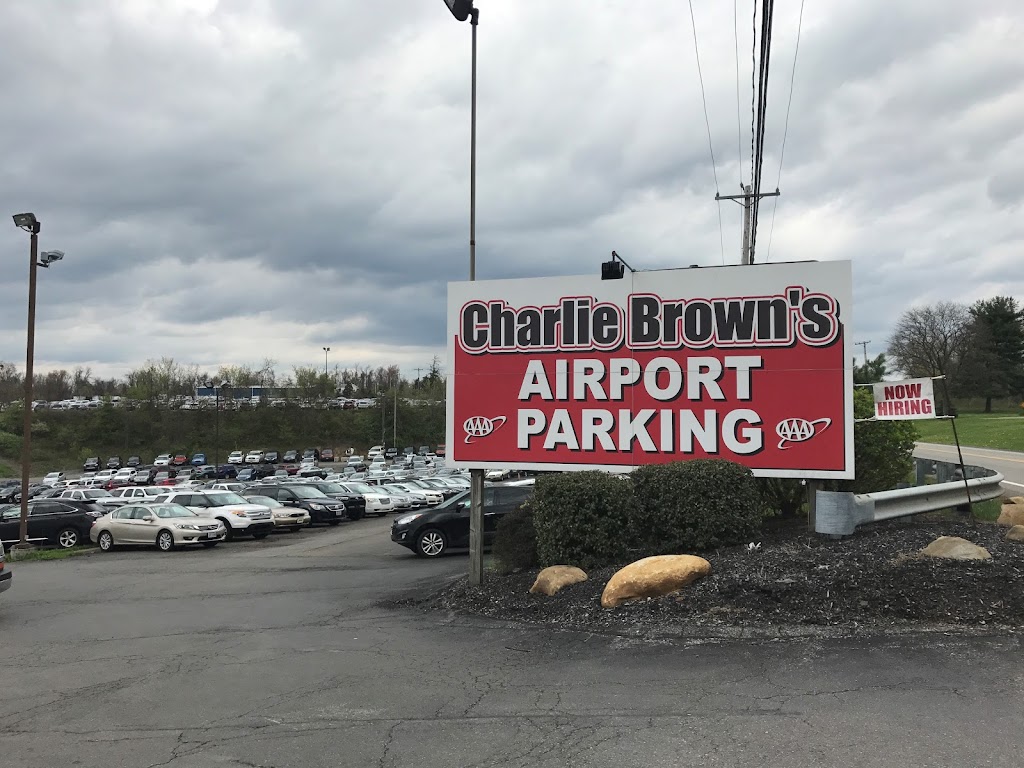 Do you have any early morning flight and looking for an airport hotel with free parking? Check out these Pittsburgh Park Sleep Fly Hotel packages.

Pittsburgh airport parking is very hard to find. You have many options to park at the airport. One of the best ways to get cheap parking is to park off-airport. The airport's own parking is crowded and getting a spot for your car can be difficult and definitely costly. If you want to find parking where you can easily get to and from the Terminal, then take a good look at Charlie Brown's Airport Parking.

View All
4.2
Good
1 2 3 4 5
(Based on 376 reviews)
Jacquie Horne
1 2 3 4 5
I have been using Charlie Brown's Airport Parking since moving to Pittsburgh recently and it is a wonderful, convenient, affordable, and a dependable service. It is easy to book online and a seamless transition from parking, to the airport and back. Most recently I landed in PIT, took the Charlie Brown Shuttle to my car, and the car was started, AC on and ready for me to just go home! I LOVED it- thank you for GREAT customer service. - Jacquie
DRHO 99
1 2 3 4 5
Charlie Brown's offers personal service, safety and convenience. We use them for pleasure travel and my wife usies them for business. No waiting in a dark lot for shuttle. They take you to gate and when you come back car is waiting for you!
Jon Fadzen
1 2 3 4 5
I parked at Charlie Browns on April 26, 2021. When I pulled into their lot, the shuttle was already waiting. After a quick check in at the counter, the driver loaded my bags into the shuttle and I was on my way. The entire process took only a couple of minutes! Coming back today was also extremely smooth. As I got to the curb, a shuttle was arriving. The driver couldn’t have been any nicer! The girl that checked me out was very pleasant and my car was waiting at the top of the lot and all ready to go! I will definitely park here again!
Rochelle Milhoan
1 2 3 4 5
To begin with they only get one star because I can't post this with no stars...

We have been using Charlie Brown's Airport parking for Pittsburgh for over 20 years. In all that time we have never reported a problem, but this last trip we left the Ford F150 pickup for a week. When we got back to the lot at 10pm at night they had the truck pulled up and started like all the other people's vehicles. If you have ever parked here you know the lighting is not great up by the road where they put your cars for when you return. Anyone who travels also knows that when you get in that late at night all you are thinking about is climbing in your vehicle and getting home. Well, we did just that and never noticed that the truck had tons of scratches, like it was rubbed against a fence or driven through rough brush down the passenger side of the truck until the next afternoon when we went to get in it. I immediately took pictures and called Charlie Brown's and asked to speak to a manager. I was given his voice mail as he was gone for the day already. I left a detailed message with my phone number and waited. Then next day when I hadn't heard from him I sent him an email at 11:30 am to ask if he had gotten my email. At 12:40 Craig Brown owner/manager called me back and immediately said that once it leaves the lot they are not responsible, but I insisted it had been with them the whole week and it wasn't like that when left with them. I asked to see his cameras and he stated that they don't have cameras that would show anything. He asked me to send the pictures to his email so he could see the damage. I sent them right away and he responded with "Could you please send some pictures with a farther away angle." I was at work so I told him I would send them that night. When I got home I did just that...I waited 5 day to give him the chance to look and get back to me and he didn't. So I sent him an email asking if he had received the new photos that he requested I send. The next day I got this email from him...

"Yes, I have received the pictures.

As I stated previously, once you leave our lot, we do not take responsibility. But was willing to look at pictures to see if it could have happened here.

After reviewing them, there is nothing here that could have caused that damage.

Well, considering it was only at their lot (unless someone drove it off of the lot) I would say it definitely came from his lot...they do have fencing and that is what it looks like it rubbed against.

I will post the pictures so anyone who is thinking of using Charlie Brown's will do so by making an informed decision. If you read other peoples comments you will notice that there is a pattern of damage and Craig denying any wrong doing.

Over 20 years of loyalty thrown in my face...it goes without saying that we will never use your company again.
Rob Holtgraver
1 2 3 4 5
April 17, 2021 at approximately 430pm. BEWARE!! Never use Charlie Browns! This was the worst experience I have ever had! It took 1hr and 20min to get our shuttle from airport, driver was rude and immediately got off the shuttle and started yelling at the people waiting to get on. He got in my 16yr old daughter's face and yelled at her without a mask on because she was complaining about the wait, he told the entire crowd of about 30 people that maybe we shouldn't use them and park at the airport next time. The woman at the counter was extremely rude and hung up on my wife twice when we tried to get information about what was taking so long. We still had to pay full price after all that. This place is run by a bunch of rude, unprofessional people. I

will never use this company again and will make sure that anyone I speak with will not go there either! EXTREMELY POOR CUSTOMER SERVICE!
Jabulani Sibanda
1 2 3 4 5
The price is right. The attendant was very polite and jovial. Great customer service. The shuttle to the airport was great. The driver was a gentleman. It is close to the airport. Great place to park .
Harley steiner
1 2 3 4 5
Drop off was great. Simple and easy. Price was great! Shuttle is convenient!! When it came to pickup for my car it was outside sitting upfront but I wanted to ensure I didn’t owe anything since our plane was late. The inside staff on 3/13/21 was rude. Not only to me but to the lady prior to me. It only takes one person to ruin your experience somewhere and indeed he did.
Jessica Gander
1 2 3 4 5
Love this place. Always had issues finding rides to the airport and just feeling like a burden whenever I traveled. Charlie Brown's is very reasonably priced, and I love the shuttle to and from the airport. It takes a huge stress away from traveling and I never have any worries while my car is there!
Heidi Wieser
1 2 3 4 5
My mom used Charlie Brown this past week and has used them in the past. When she dropped off the car everything was good. When you return they have you call or text them when you get your luggage picked up and ready for your ride. So she called and no answer it went to voice mail which was full. Then she texted them with the clalim number that is on your claim check at 9:42 pm. After 25 minutes she texted them again So they waited for 45 minutes for a van to come. By the time the van had arrived several more airlines had landed so those inconsiderate people went right in front of the 3 families including mom that had been waiting for the van for 45 minutes in freezing temperatures with my 5 year old daughter and my sister's 8 and 14 year old daughters. When he stopped he opened the door and those people got in front of them on the bus. The driver did ask them to allow the people that were there first to get on before them. So the other family that was behind my mom had asked the driver why are these people getting on in front of us, his answer was kind of rude. He said I asked people to be courteous and if someone was in front of them to let them go first. Then he asked when the next van would be back he said as soon as I can get these bags in and out back at the lot. Then the driver said I have 5 seats left and asked mom how many were in her party she said 5, then he asked the couple next to her how many in that party and they said 3. At that time my mom said we are getting on this van and then they got on it. They need to have a number system as you call into the office. They give you a claim number that corresponds with your car and should use it to pick up. Then you will know who should be on the van first. Pretty sure she will not be using them again.
Heather Cremeans
1 2 3 4 5
We will absolutely will not be using this company in the future. The way to the airport, we had no issues. On the way back, we waited until we had picked up our bags as directed by their card. I called and got a recording saying their voicemail was full. I texted the number on the card and received a text back saying we should wait outside gate 8. I stood with my family outside for 45 minutes in below freezing weather. When a driver finally arrived, people from inside walked straight to the van cutting multiple other families. There was probably 30 people waiting to be picked up, and there was no line or order of who arrived first. The driver asked that everyone be courteous of those who have been waiting the longest, but the people that walked out last were the first to board. It was an absolute mess. Only 1 driver taking people back to the lot and a van that didn't carry nearly enough people. There was no social distancing between parties, and no extra COVID security measures. I am so disappointed. We will not be back.
Kori Kotos
1 2 3 4 5
Rude staff act like it’s a hassle to take care of their customers. Prices are good tho.
Bridget Walker Full
1 2 3 4 5
I have had great experiences and hope to have another very soon as I'm making reservations for January.
Melanie Lineberger
1 2 3 4 5
Waited for an hour at the airport when we were finally picked up our car was not started. We will be using another service. We have been loyal customers.
SUSAN AMRHEIN
1 2 3 4 5
Professional and efficient. Had no wait time either going to or coming from airport. Car was ready to go when we got home.