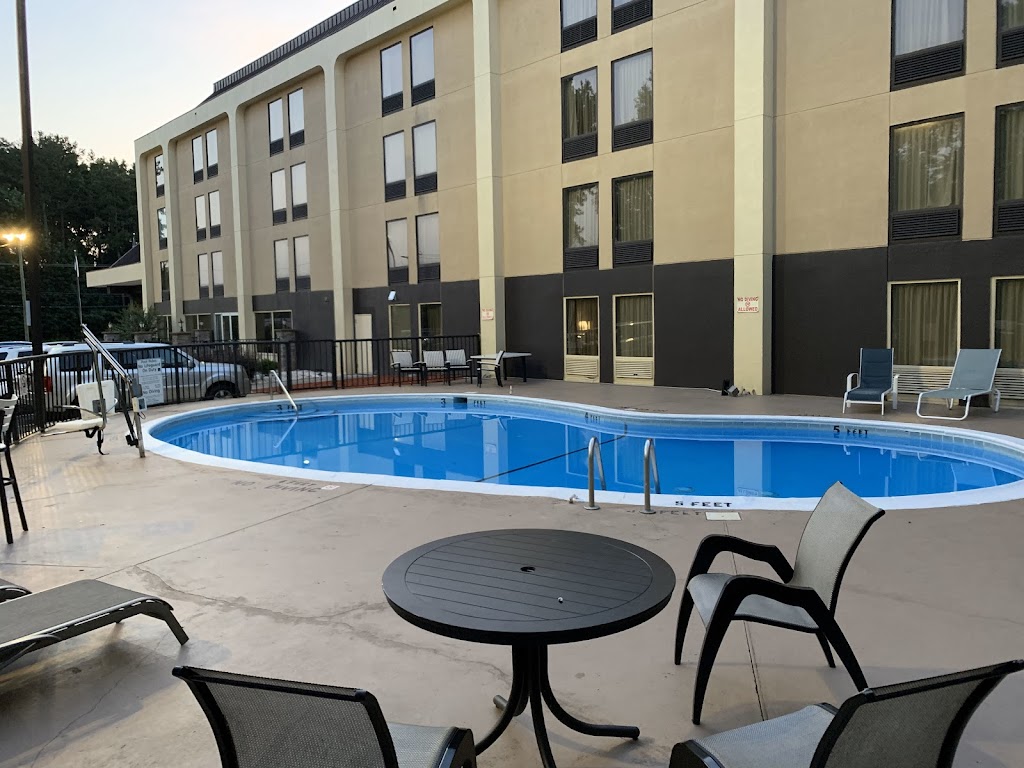 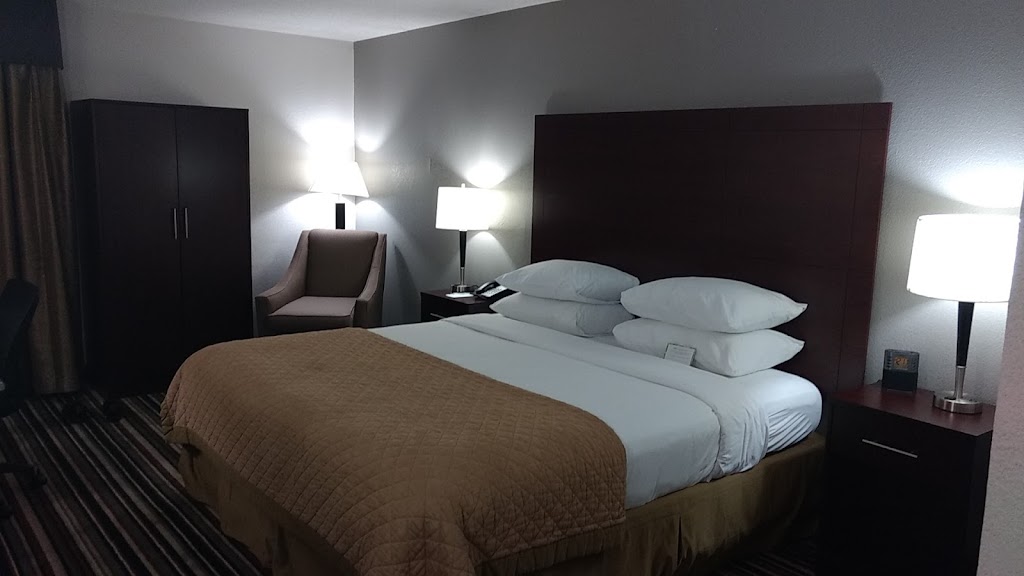 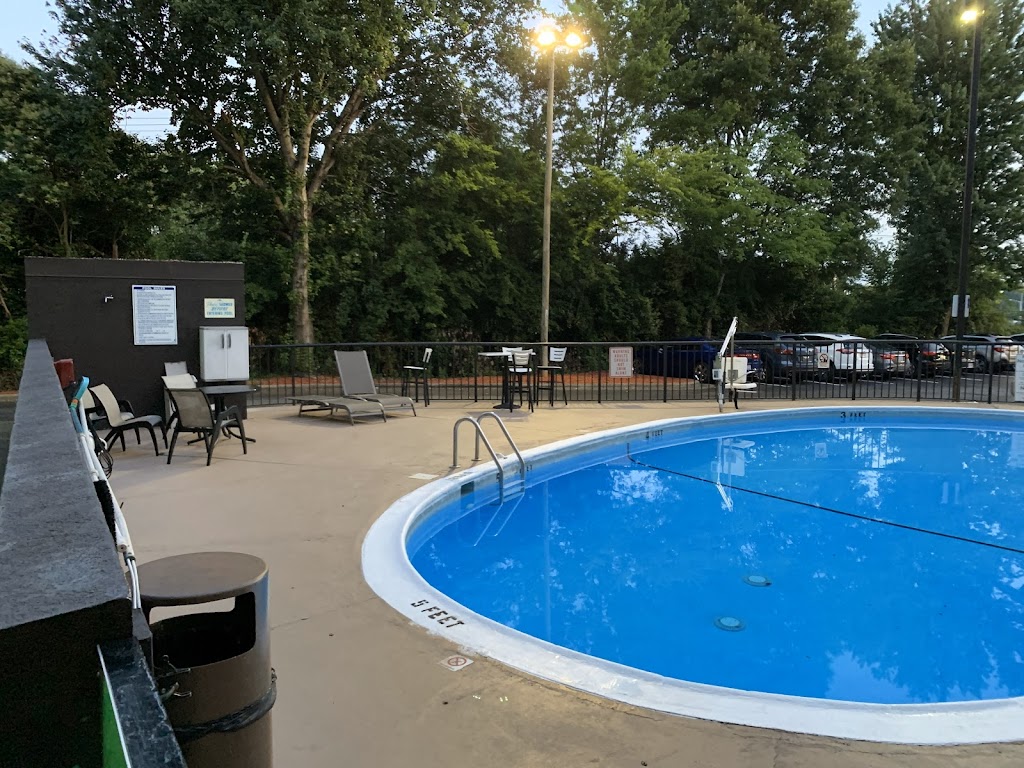 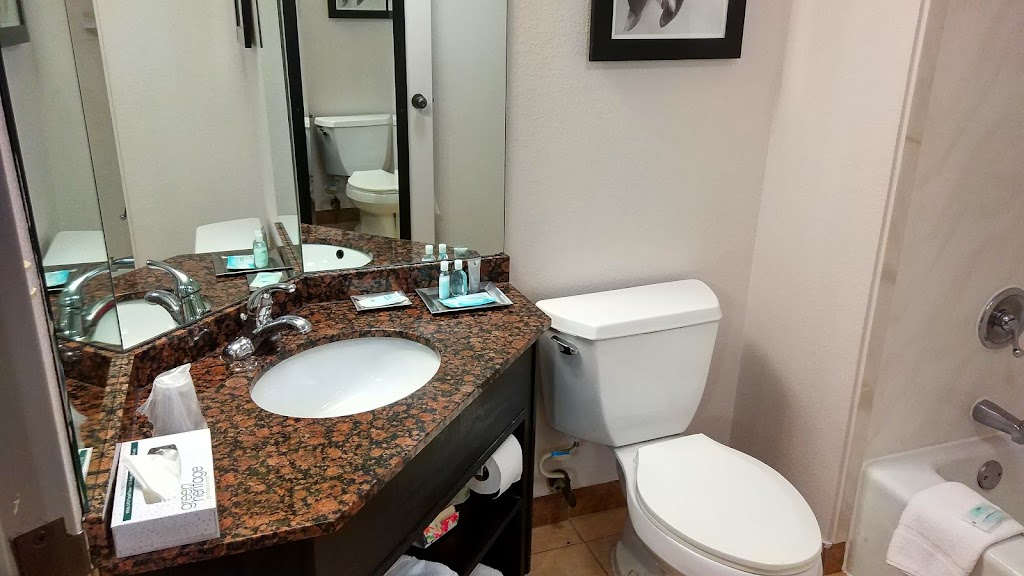 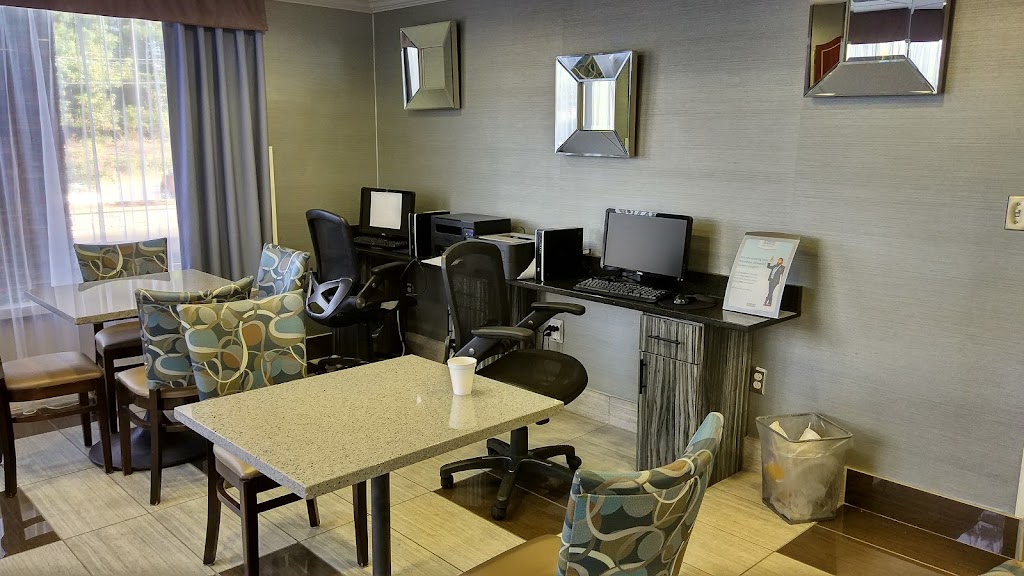 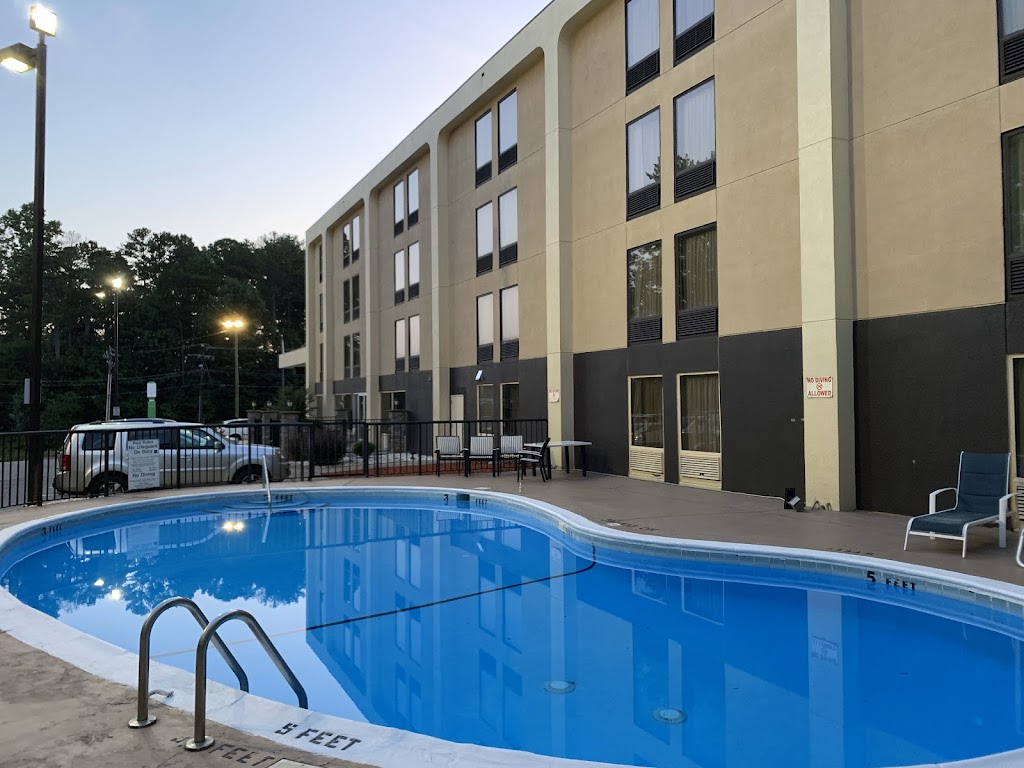 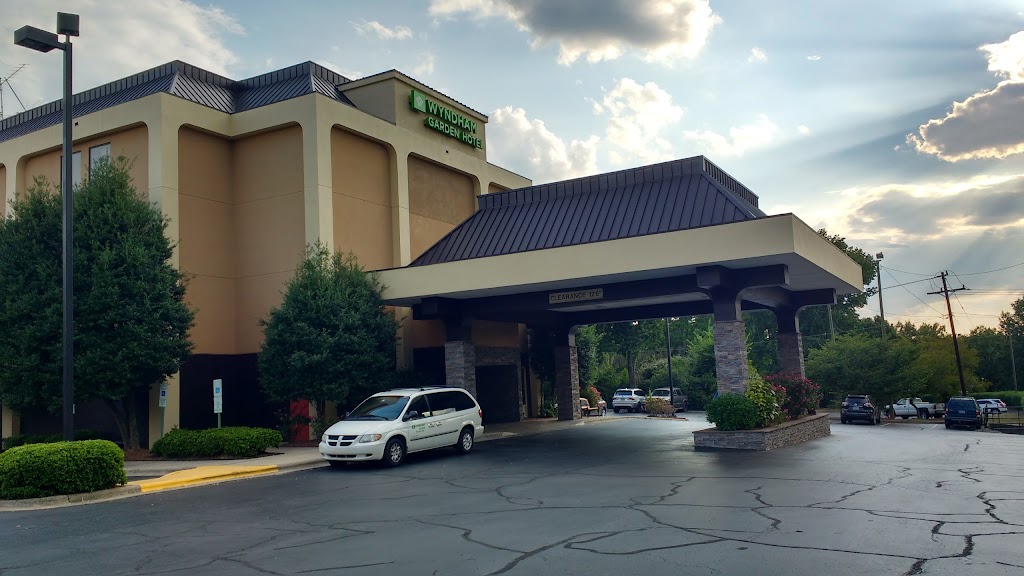 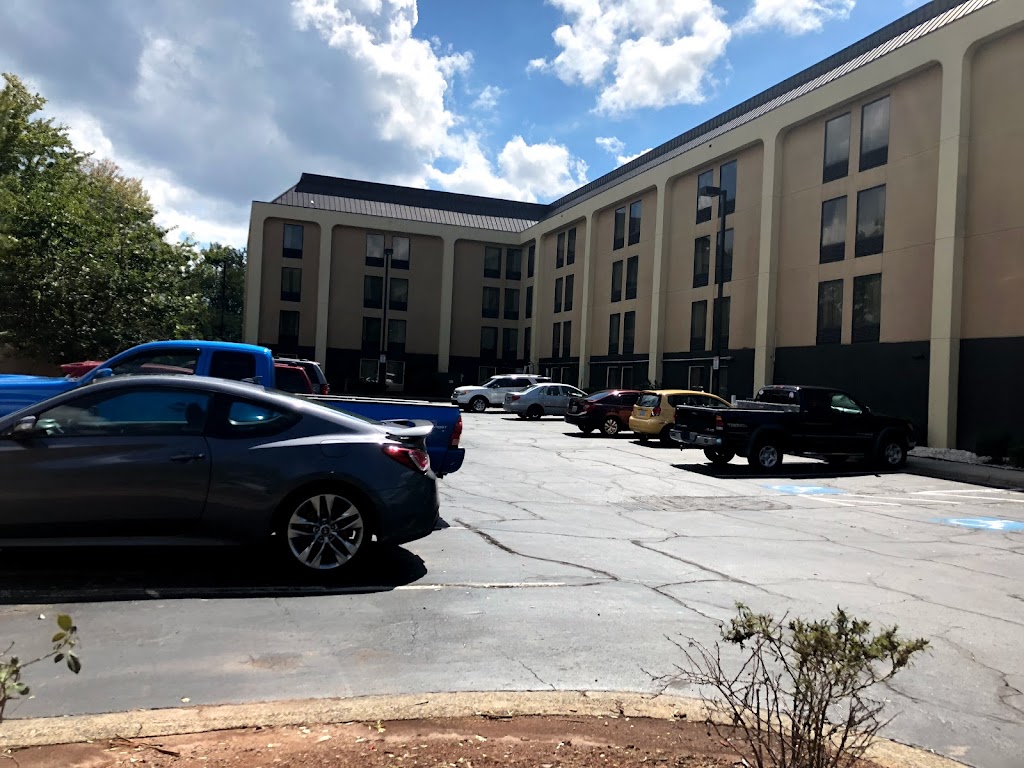 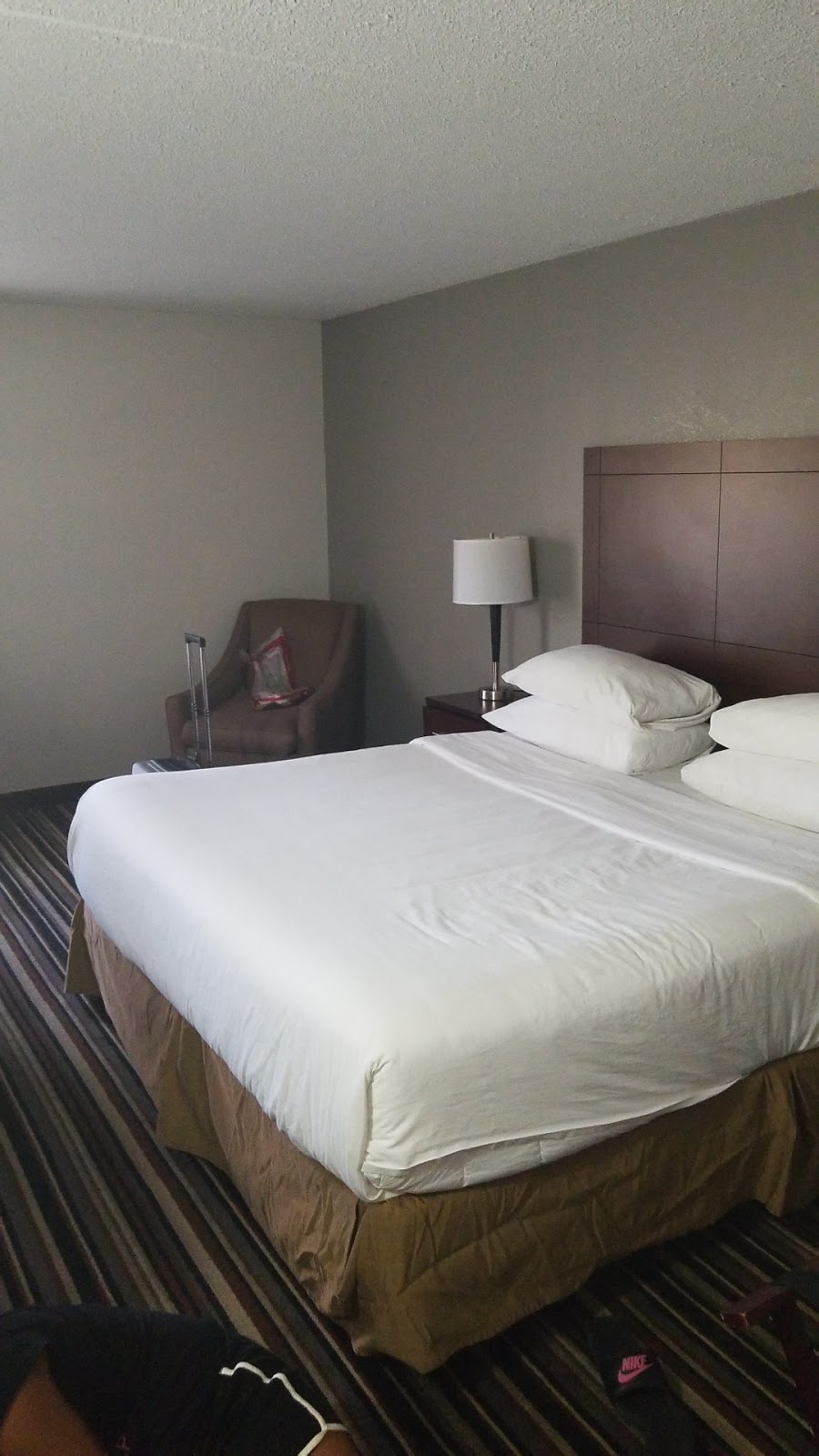 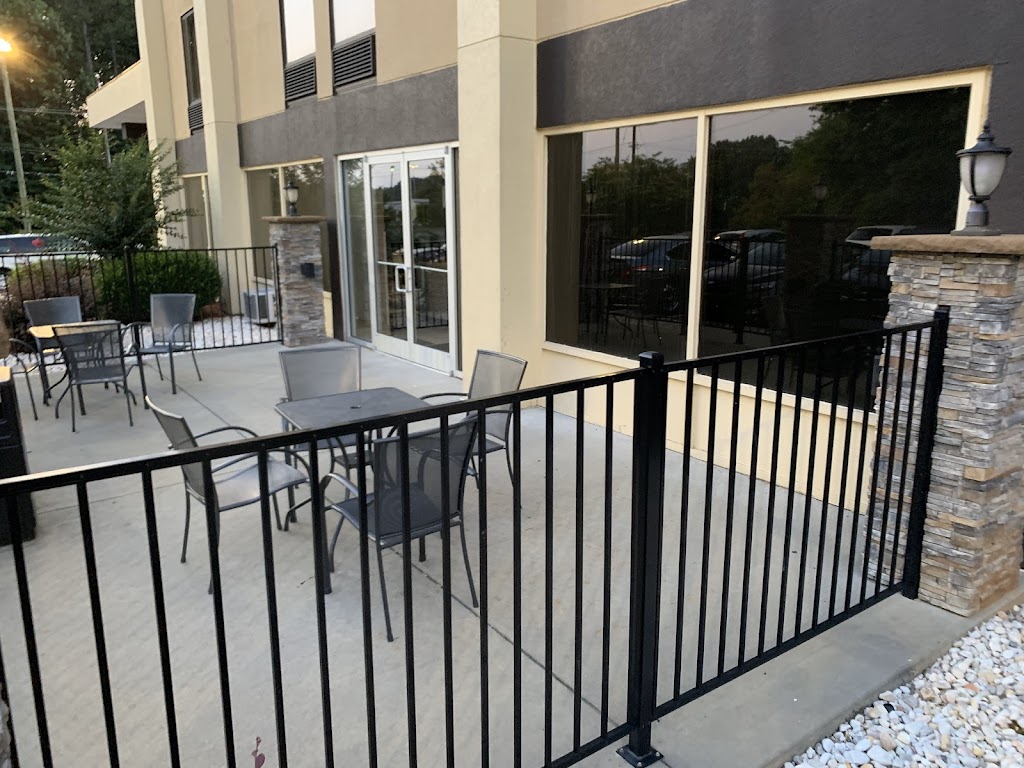 View All
3.6
Good
1 2 3 4 5
(Based on 635 reviews)
Nya Hamilton
1 2 3 4 5
Miss Shorlanda was absolutely outstanding! I am here on a last minute business trip and could not find a hotel that fits my needs! Miss Shorlanda was very patient with me and helped me book a reservation so that I wouldn’t have to go through the hassle! Great customer service! She has honestly made my day a lot better thank you to this amazing hotel staff!!
Donavan Raymond
1 2 3 4 5
Clean place. Cozy. The owener had a nasty attitude as well as one of the workers when I was trying to inquire about a extra charge but overall it was a good stay
Kathleen Tamborrino
1 2 3 4 5
Rooms weren’t great but weren’t terrible. I was scared the elevator was going to break down every time I went in it. The breakfast was below average. Customer service was TERRIBLE. I included my experience below but the moral of the story is don’t stay at wyndham hotels. If you absolutely have to stay here, DO NOT park at the back of the building. My car was damaged and a car near us was broken into.

After checking out I noticed that the back of my car was dented and had paint marks on it. There is a camera on the building that points right in the direction of my car. I asked the front desk and was told I needed to call the following day when a manager was available to access the footage. I called the next day multiple times and was continuously told she was unavailable (not in yet, at lunch, in a meeting, etc). The last time I called, the woman working the front desk took my contact information and said the manager would give me a call back after she got out of her conference call. I never received a call back so the next day I began calling the front desk again only to be continuously told the manager was not available. I eventually asked for her email and reached out that way. I emailed her that morning and received a response about an hour later apologizing for the delay because she was out sick and that she’d look into it remotely from her phone. I was confused by this because I was told she was at lunch or in a conference call and would call me back after but she is stating that she was out sick. I did not receive any other update. I reached back out the following Monday and was told she’d go check the footage and let me know. Still no update so I emailed her again the next day to follow up. Yes, I am 7 days into trying to get an answer at this point. She finally responded that she reviewed the footage and was not able to see anything. Based on the extent of the damage, it would be pretty clear to see. Also, based on the customer service I experienced, I question if the footage was truly reviewed/how well it was reviewed. I reached out to Wyndham customer service and was told that this is an independently owned franchise and I should reach out to the property management team. They even provided the number... which was the same number I had been calling for the last 7 days. So now I am stuck at a dead end and just considering myself lucky that my car was only damaged and not broken into.
Jay Freeman
1 2 3 4 5
Stayed here when I missed my plane. The ladies that worked that evening are the reasons for the stars, they were awesome!! Overall the hotel was okay, could use a little tlc.
Cassie Martin
1 2 3 4 5
I give it two stars because the front desk woman was very quick and efficient when bombarded with cancelled flight customers. However, I saw a few roaches in the building. Also one of their vans broke down on the highway in which the other van had to pick up the passengers stranded on that vehicle. It took us about 10 minutes to locate the other van off the highway, all the while at least 8 passengers flight was at 7ish that morn.
Laurie Sprecher
1 2 3 4 5
Bad location. Dated rooms. Night desk staff appeared uninterested in job. Don't bother booking a suite as it is a joke! Old couch, one chair with tiny old table. Then a dated kitchen! Save your money.
Antoine M
1 2 3 4 5
- bedding is fine

- staff not all friendly, some only

- no late check-out for anyone?? Since when?

- cold breakfast only, don't expect eggs and bacon, I thought this was America.

- would I come back? Maybe if this is the cheapest place around. With a similar price point, I'll give the other hotels around a shot...

- not bad, but far from great...
Tammy Hodge
1 2 3 4 5
Could use a spruce up and thorough scrubbing. It was quiet and comfortable. Front desk staff was friendly and helpful.
Beth Richard
1 2 3 4 5
Comfy bed with clean sheets and fluffy pillows. Speedy, if not friendly check in. None of the electrical outlets on the bedside lamps worked without shorting out. My phone died over night making me late to a conference and the coffee maker in the room wouldn't stay on to make coffee. Frustrating.
marie floyd
1 2 3 4 5
It's okay but beds could be more comfortable and also they're reservations Dept is totally screwed up they don't want to correct any mistakes or accidents made during scheduling your reservation. If you just happen to make a mistake Heaven help you!
Wyndham Garden Charlotte
1 2 3 4 5
Clean rooms....We had an issue when we checked in and the lady that checked us in was very rude and started to argue with us and told us to take our business else where. Didn't catch her name. After coming down that morning and specking with Tiffany at front desk she was pleasant and very helpful.
Harv Hopkins-Garriss
1 2 3 4 5
The staff is friendly and helpful. The food bar is limited but good. The Halls were frankly dirty but the room was clean and comfortable.
Mackenzie Nelson
1 2 3 4 5
Stayed here after our flight home was delayed. The staff at the hotel were very friendly. The rooms were nice and clean and their shuttle bus driver was great! He drove us to a restaurant nearby and picked us up too. They made our unexpected stay pleasant.
Joan Rotramel
1 2 3 4 5
Overall average hotel. Bed was comfortable. Room nice size. Had a safe. No towel bars in bathroom. Hallways needed a little cleaning, aging hotel. Breakfast was your normal waffle, eggs, instant oatmeal, nothing to write home about.
Max Prokopenko
1 2 3 4 5
I wish I could put 0 stars because the service that my family received was awful. American airlines put us in for 2 rooms 5 guests with each room having 2 queen beds. 5 miles away from airport. Took forever to get picked up from the airport the hotel shuttle service said the driver is pulling right up. Three calls later each between 30 minutes and the desk stated 20 minutes and the shuttle will be there... almost 2 hours until the shuttle arrived. Got to the hotel, 2 rooms each had just one bed. Thank goodness they were able to correct the mistake. Flight left next day at midnight. We got kicked out of our rooms at noon.... no signs or notices given to guests when check out is. The only sign that's posted is at the front desk on the side of the wall that you don't even look at. Found a dead Cockroach between the doors on the elevator shaft, mold on the ceiling in the shower in one of the rooms.

Wyndham Garden Charlotte is unavailable to book on our website. Search for other parking options available at CLT.

Wyndham Garden Charlotte is unavailable to book on our website. Search for other parking options available at CLT.