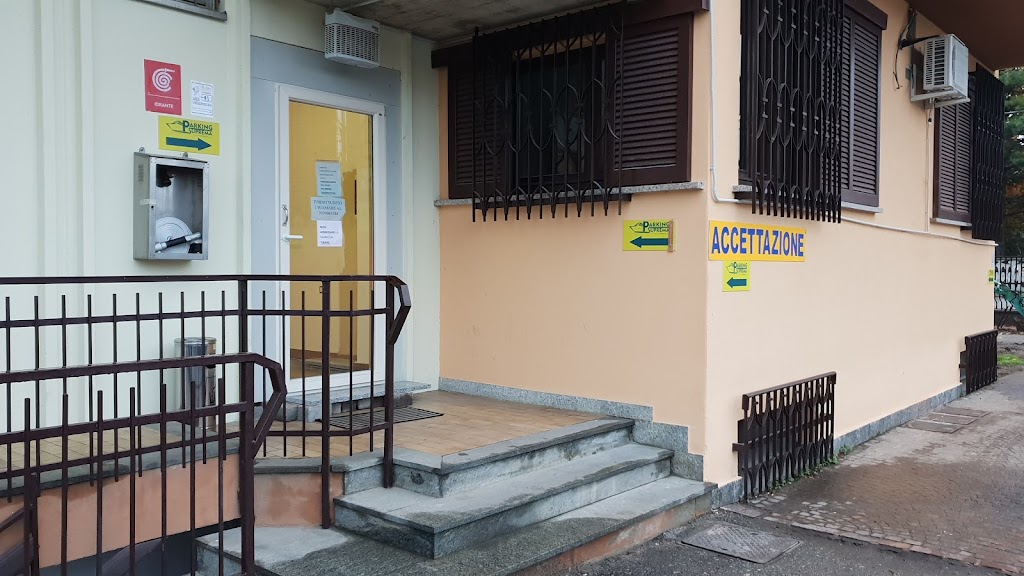 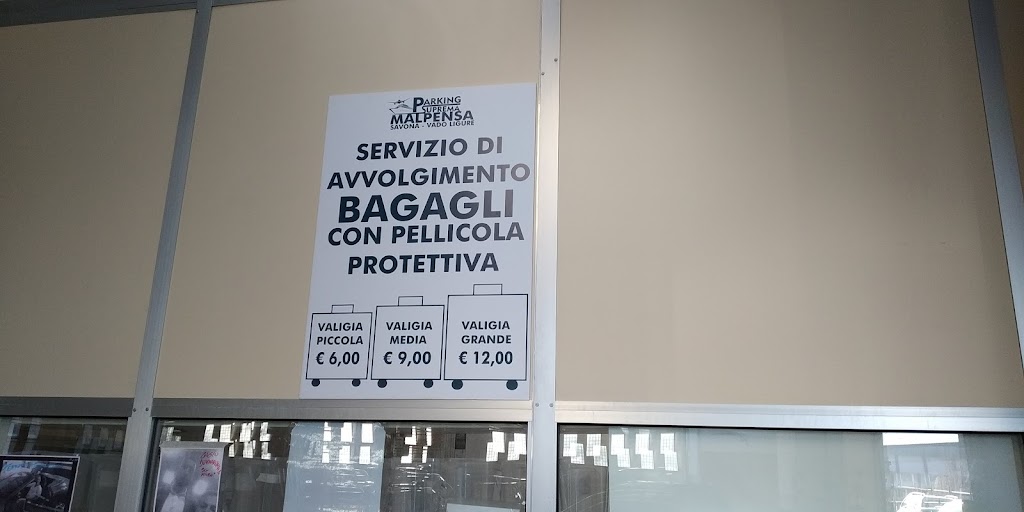 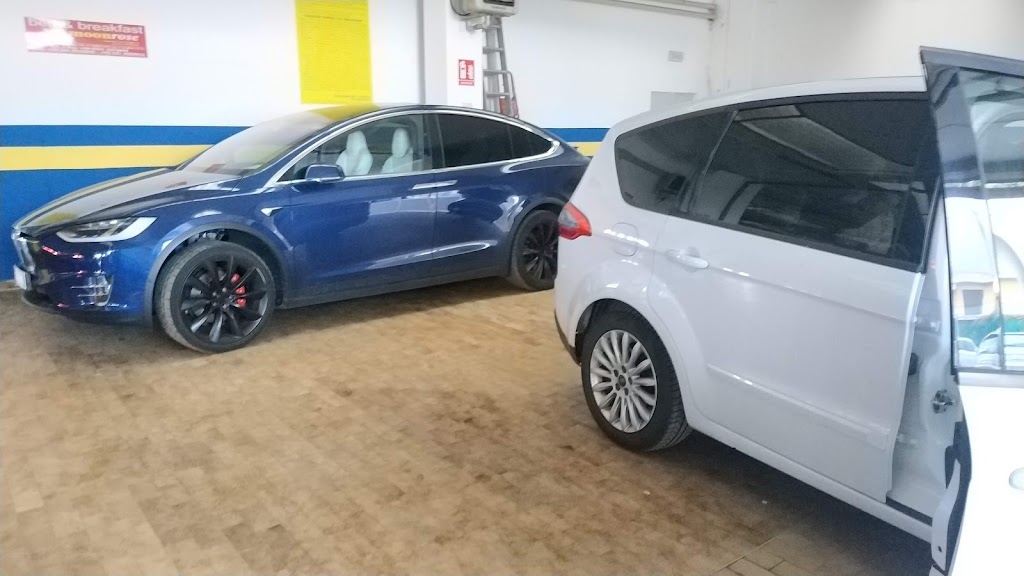 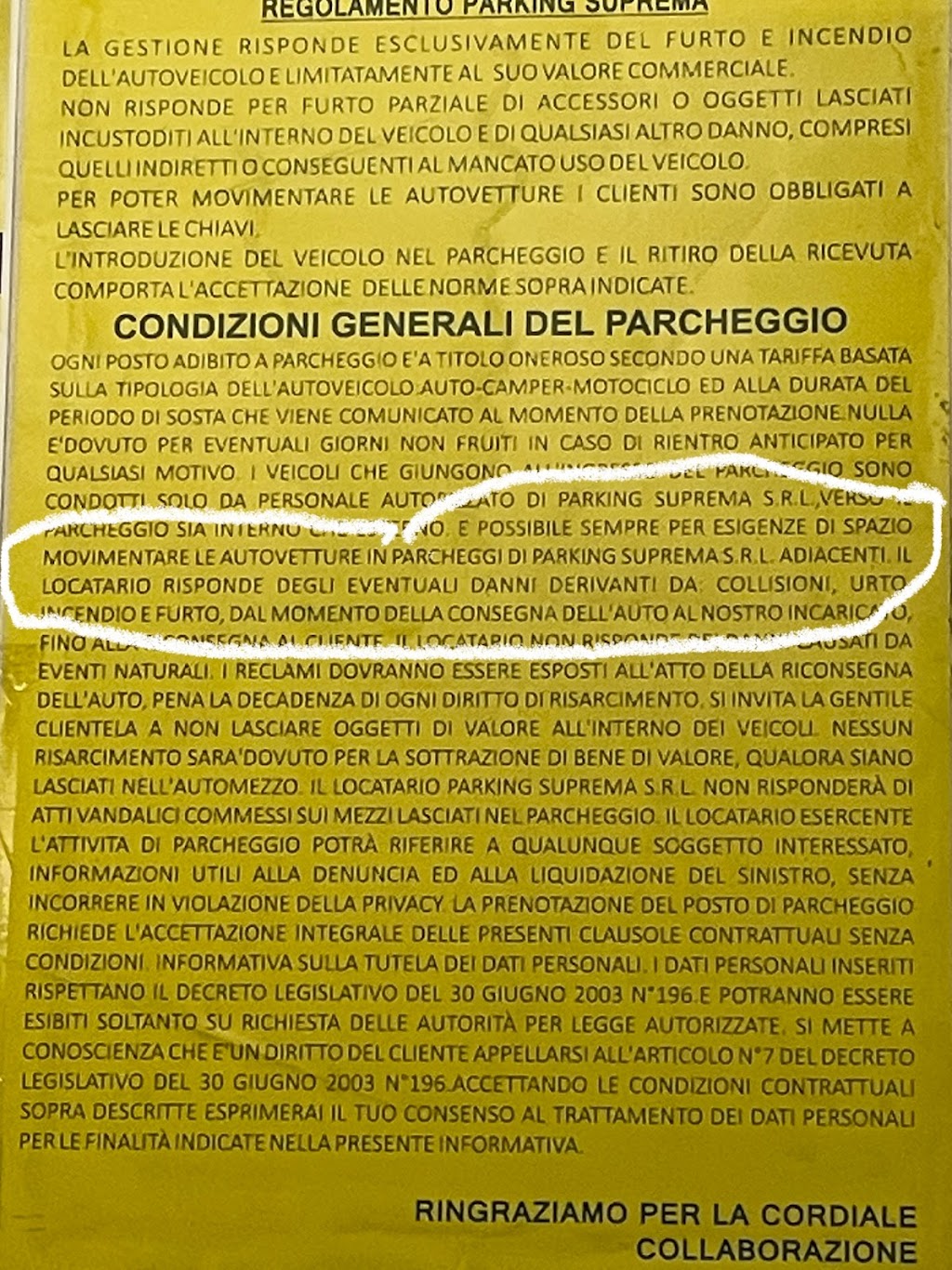 Open 24 hours per day, Parking Suprema is located near Malpensa Airport at Via Pravetta, 12, 21010 Cardano Al Campo VA, offering travelers both short and long term parking, free shuttle and only costing €13,00 per day.

View All
3.6
Good
1 2 3 4 5
(Based on 307 reviews)
Y. S.
1 2 3 4 5
Everything was fine except one thing: someone opened everything in the car, he was searching for something to stole... I didn't have nothing expensive and don't remember, but WHY?! And now I read a lot of reviews about stolen things...
Simon Jarratt
1 2 3 4 5
Ten days after refusing to accept that they had moved my vehicle to an unsafe area where it was broken in to, they are still refusing to answer my emails asking for the €1000 in loss and damage to be repaid. Do not use this dishonest company. They even tried to hide the break in from me.

Francesco's reply is a lie, they refused to involve the police on the day and have still not replied to any emails. These are dishonest, dishonourable people who lie about their services, move vehicles off site and I now think were involved in the theft which they tried to cover up.

DO NOT EVER USE THEM AND WARN YOUR FRIENDS.

Still no reply from this bunch of thieves, shame on them, be warned, they keep your keys so they can steal from you.
Hugh Clarke
1 2 3 4 5
DO NOT USE. DISHONEST. I wish I had read the reviews before using Suprema. So many comments about dishonesty, theft from vehicles and damage to vehicles. When we arrived at Malpensa we found all airport parking was blocked, although we could see spaces inside. A Suprema minibus persuaded us to follow him to his parking - a lot further than other Parking’s I have used. By now we were late for our flight so we quickly paid for outside parking and left. Only later did I realise that we had paid €120 instead of €57 (tarif on their website). On our return (after 25min wait) we talked to an employee who said there had been a mistake made by a new employee and he would ask his Boss for a reimbursement. The boss refused to reimburse us, making up all sorts of excuses. The employee who spoke English apologised profusely, was calm and reasonably but said he could not persuade his Boss to reimburse us. There was lots of shouting - very unpleasant.

I am now taking the matter up with Mastercard to open a dispute as we were clearly overcharged.
Marco Rechsteiner
1 2 3 4 5
I would really like to give 0 Stars.

They stole money out of my Car !!!

Its a bad parking for low cars, you touch the ground with the underground from the car.

They left remains from stickers on the window.
antoine letinturier
1 2 3 4 5
run!!! do not leave your car there. they are liars unprofessionnal and rude. they will pretend taking pictures on arrival but in case of problems no pictures....

you will get your car back dammaged and in poor conditions....

they dont care the only answer is to insult you.

Parking Suprema is unavailable to book on our website. Search for other parking options available at MXP.

Parking Suprema is unavailable to book on our website. Search for other parking options available at MXP.