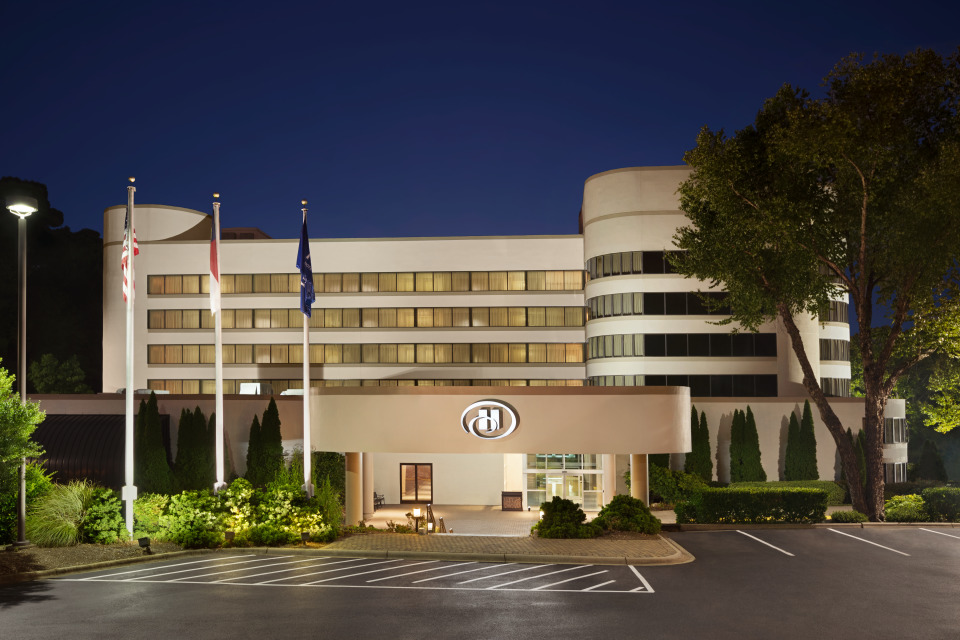 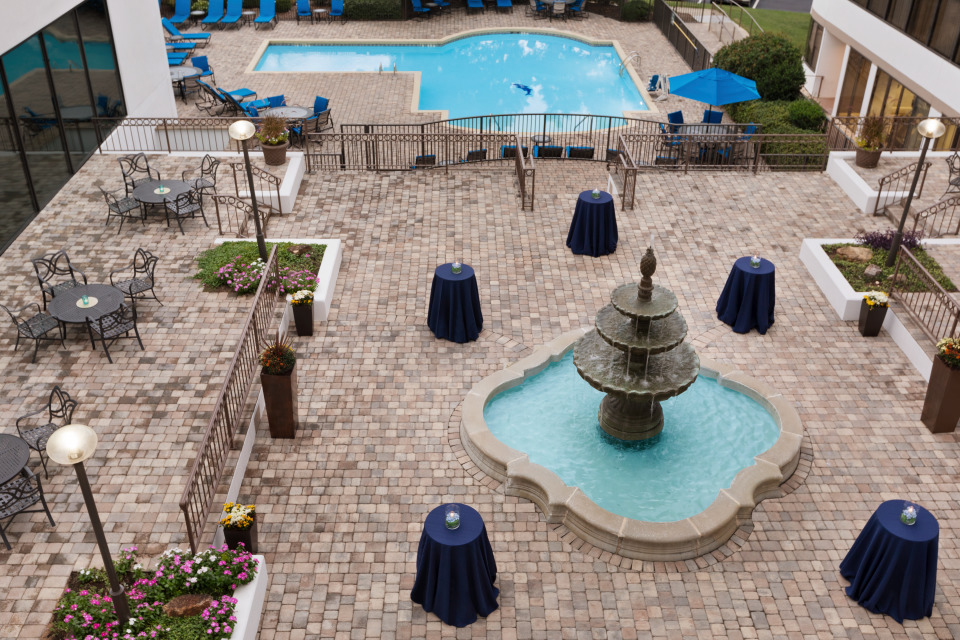 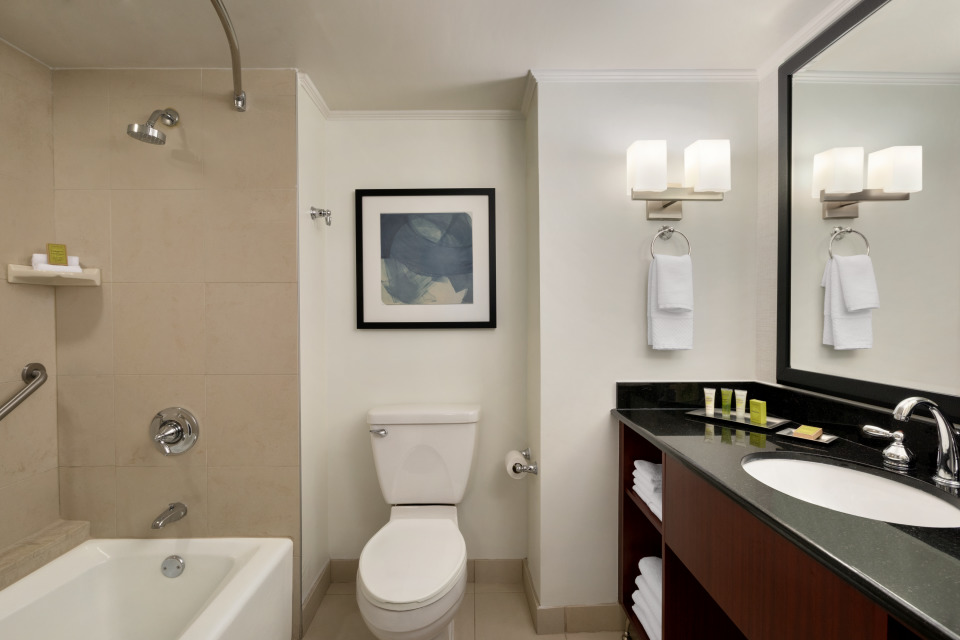 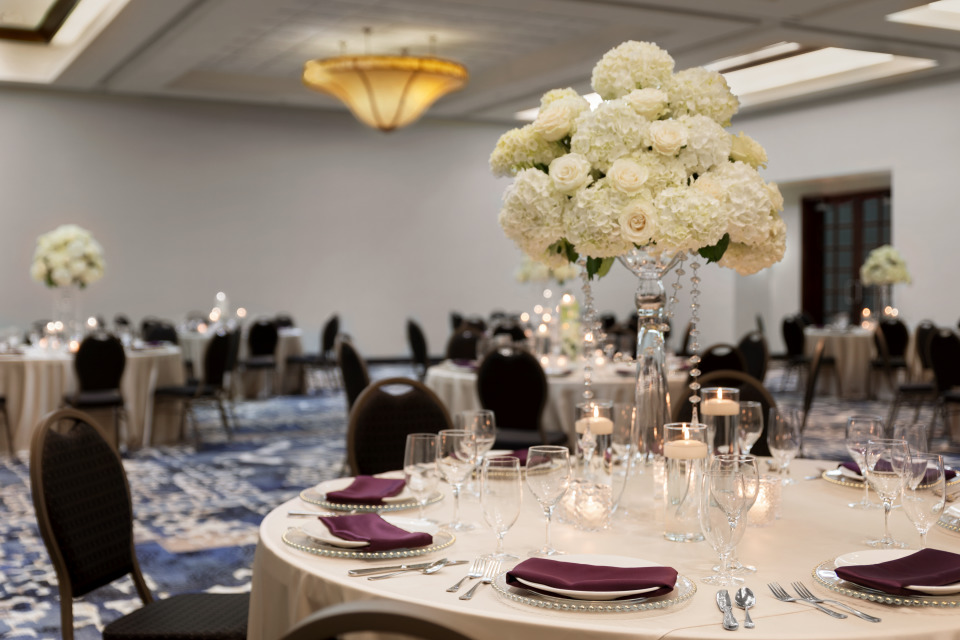 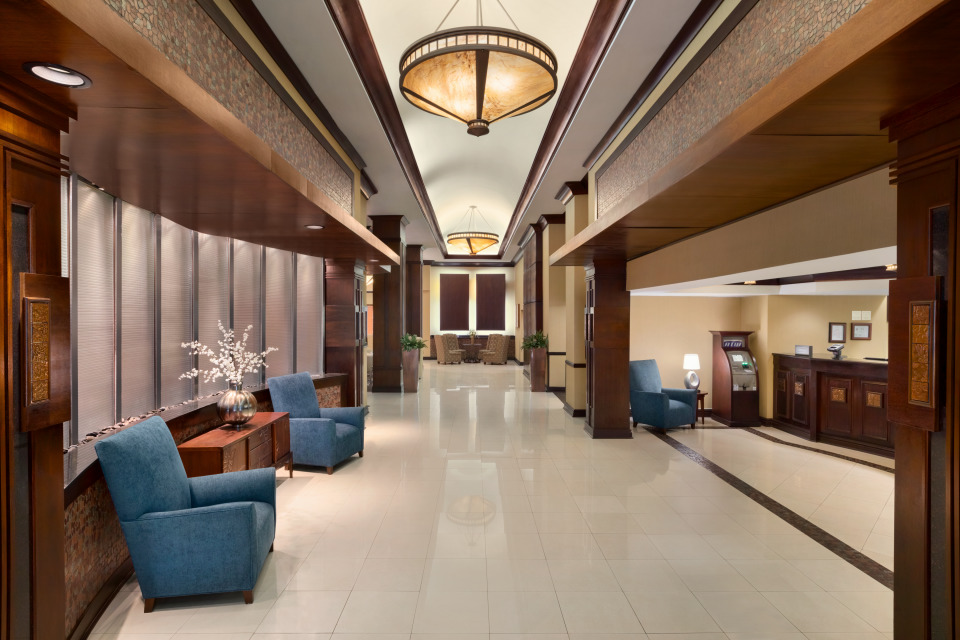 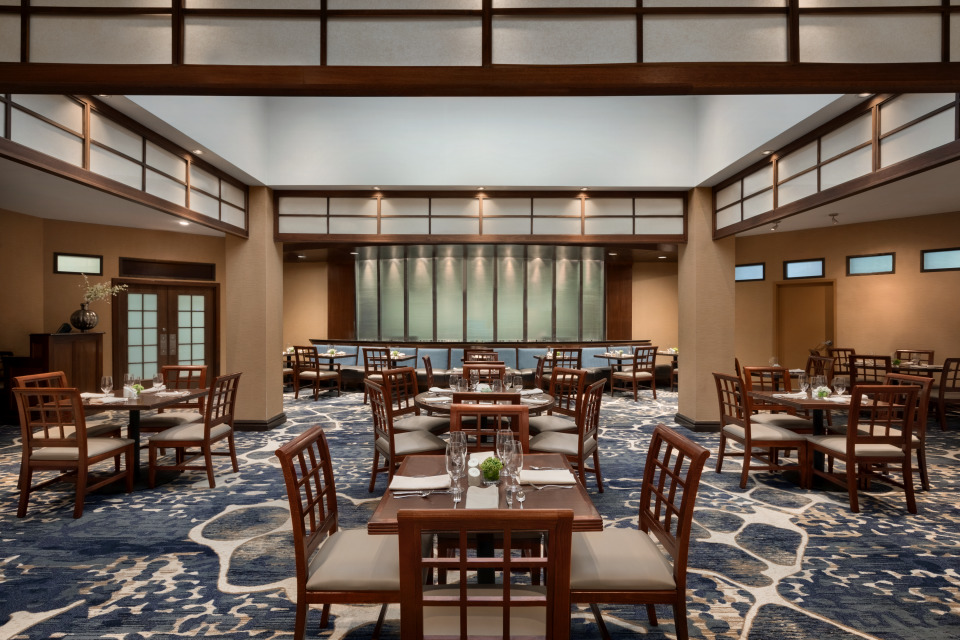 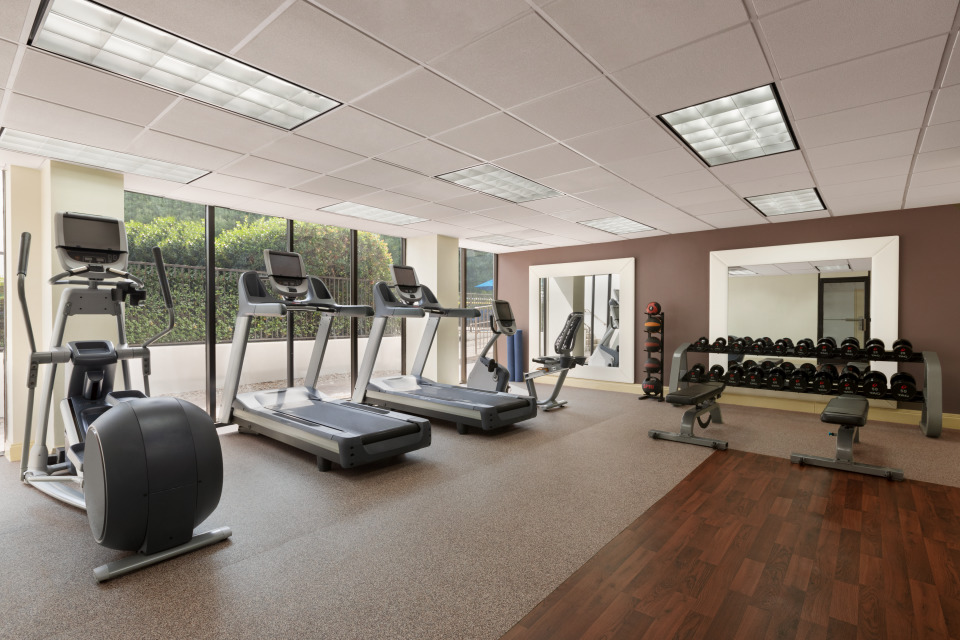 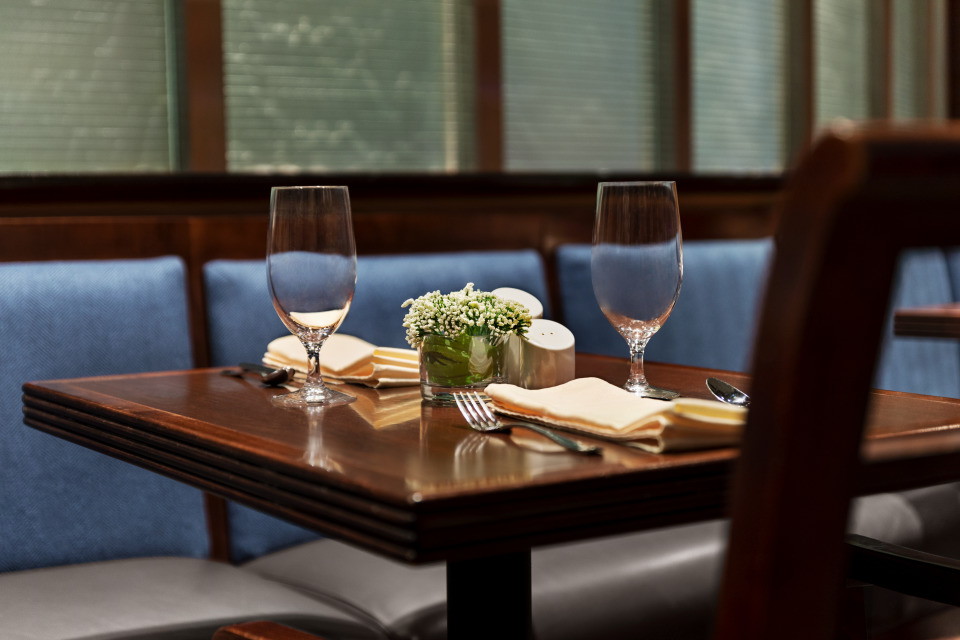 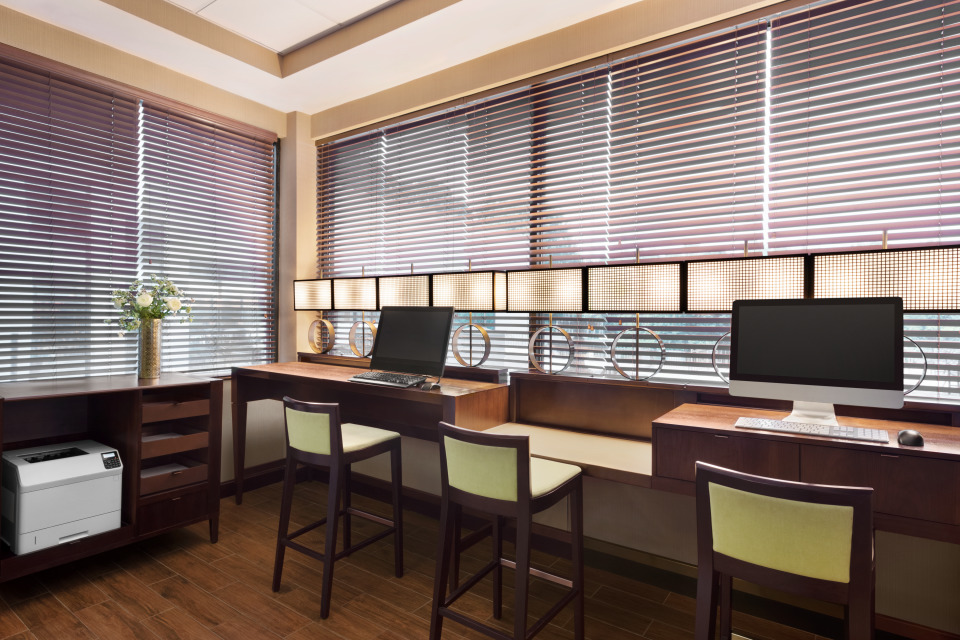 Edit: As you can see below a general manager replied as if they cared what I had to say. In case you were wondering, I emailed them back to discuss the issues with my stay in greater detail and show the pictures and videos I took. Well, of course they never replied, and the reply below was only an attempt at saving face and to make it look like they cared. DON'T BE FOOLED, they don't care at all about you and clearly about that hotel.
Daisy Palace
1 2 3 4 5
Nice, comfortable hotel. Friendly staff. Clean hotel. Easy overall experience.
Naulee Viney
1 2 3 4 5
I came to visit my daughter and was scared to stay in a hotel with the Covid risk, but I took a chance. My room is clean, the building is clean and nice. The restaurant is nice although closed because of Covid. If you are use to business travel, and Hilton type hotels, you won’t be disappointed.
Lazaros Samlidis
1 2 3 4 5
Very good service, friendly helpful staff. Walking distance to a few restaurants and gas station convenience store.
T. Williams
1 2 3 4 5
Nice place to stay. The food in the restaurant was delicious and the hotel staff were great.
Jorge Aguilar
1 2 3 4 5
Went out clubbing that night and booked it last minute and what can I say? The staff was very friendly! Only issue I had was the room key didn’t work but they got it fix ASAP! The bed was super comfortable! The room was clean!!!
Samia Ramzy
1 2 3 4 5
I arrived to this hotel with a voucher from missing a flight, so it was tired and unprepared. Once I called the number from the airport, I was greeted kindly over the phone and told the shuttle was already on its way. It arrived promptly and the driver very professional. Once I arrived to the hotel they had all hygienic products on the front desk and water for free. I was incredibly happy to see that! They even informed us they were keeping the bar and lounge open for us to eat. Check in was easy and they even set up my morning shuttle. I don’t think a hotel stay could have gone more perfectly. Can’t recommend it enough.
Serafin Torres
1 2 3 4 5
Place is nice.. van took extra long time for airport pick up, claiming traffic.. there was no traffic. But over all its very nice.
Giselle Chandler
1 2 3 4 5
Clean rm, was on top flr. Used the gym n was decent for this hotel. Friendly front staff the few times I had interaction w/ them since I used this time to really relax n lay in the bed 🤷🏾‍♀️. The location is ideal since there are many restaurants driving distance and it's a hop, skip n jump away from Uptown area.... honestly can't go wrong w/ staying here.... parking is FREE!!!
Julia Vyaz
1 2 3 4 5
We were there for a holiday party. The waitress staff was an older lady and was absolutely amazing and soooo sweet. The buffet ran out of food and deserts and took a while to get food back in there so not everyone was able to eat when everyone else did. But the food was great. The location was very clean. Can't wait to come back and stay there
Lakeisha Hill
1 2 3 4 5
They've recently went through renovation and it's nice. The lounge & bar is also a nice place to hang out. Beautiful setting.
Melanie Dutton
1 2 3 4 5
Solid hotel with friendly staff. They have a restaurant which has surprisingly good food. Bar is nice and can get pretty busy.
WILLIAM SHAFER
1 2 3 4 5
Clean easy access. Was quiet. We didn't spend a lot of time here four to game activities.
Bernadette Gorman
1 2 3 4 5
This Hilton was not up to the standard Hilton quality. Upon checking in late, there were police in the lobby and they were watching a man buy a soda. There is no microwaves in the rooms, though they have one by the lobby for use. We were told there were no rooms with mini fridges but my friend got a separate room on our 2nd night and she had one. My mother went to the front desk and asked again, they then sent a fridge to our room that was just placed on the floor.

Our A/C unit only heated up to 69 degrees though it was running the whole time. The hallway light did not have a switch, so the repair man just had to unscrew it. The sink did not drain well so washing my face filled the whole sink and i had to wait several minutes for it to drain fully. None of these problems were in my friend's room. We had #608 while she had #429.

The staff was very friendly, especially the breakfast staff. It was a delicious buffet with a good variety. One entree dish changes; so one day it was a ham and cheese croissant, the next it was gravy and biscuits along with many other options. One thing I disliked it that they took the free coffee in the lobby away as early as 10am. It would be nice to see it stay out a little later.

The steps leading down from the parking lot were slippy and wet because of the rain. One of us slipped, though they had a caution sign.
Michael Evans
1 2 3 4 5
The Church of Christ had their North Carolina State lectureship there. The hotel was beautiful, employees great. Everyone there had a good time the Hilton was right on time today. Look forward to more events being at that hotel.
Edward Gutierrez
1 2 3 4 5
Great place lots of great people but some people there for only the pay check ...the landscape needs some cleaning an done rite probably better to hire your own gardeners they probably do better than what you paying for an the rail in the back needs a Serious work it's about to fall apart an also for Safety reason an insurance someone can get hurt. Now to the person that takes care of the breakfast an lunch there in the cafeteria..IS AWESOME..Hilton Hotel should be Proud of having a person like that..lots of the supervisor there need to.be gone SERIOUSLY..top heavy..but also Special Thanks to Michael an the desk an James the shuttle bus driver...all an all take care of the landscaping better off hiring two guys to take care of it..an make sure to take care of that person serving the guest in breakfast an lunch an.dinnerAWESOME he is was made Hilton Hotel Excutive Inn..thanks
Sara Bradley
1 2 3 4 5
Hilton Charlotte was great. After bad weather flight cancellations. Hilton picked us up. Restaurant was open at 10:45pm so we had a relaxing meal. Clean comfortable beds. Shuttle back to the airport at 6am. Thank you
Rich J
1 2 3 4 5
Great Hote....l rooms were extremely clean and well taken care of. Buffet breakfast was excellent and service was top notch
Jarrod Alexander
1 2 3 4 5
Nice enough, the price was a bit much for a room that had obviously been decorated for a celebration I.e. tape on the walls. Also uneven paint where a third of the ceiling was painted. The makeup mirror was coming loose from the wall. The saving grace for the room, the air conditioner was great.
Hugh Daughtry
1 2 3 4 5
As my grandfather would say, she’s been run hard and put up wet. The A/C is marginal, had to move between two rooms. The non-smoking rooms aren’t. Staff was friendly and helpful but this place needs a remodel.
Kenyetta Anderson
1 2 3 4 5
The hotel was really nice & the staff was also really nice & a big help . The room did smell a little funny . I gave them 3 stars because it was so hot in the room 510 . We was complaining to the front desk about the room being so hot ,so they sent the engineer up to check it out . He also said the room was pretty warm but he tried to fixed the air. (which didn’t work )We woke up out our sleep around 2am because it was so HOT . We was literally sweating . We called down to the office & they told us that we could use there fan down stairs . We was really disappointed . If we would have stay another night , they would’ve had to give us our money back.

Hilton Charlotte Executive Park is unavailable to book on our website. Search for other parking options available at CLT.

Hilton Charlotte Executive Park is unavailable to book on our website. Search for other parking options available at CLT.