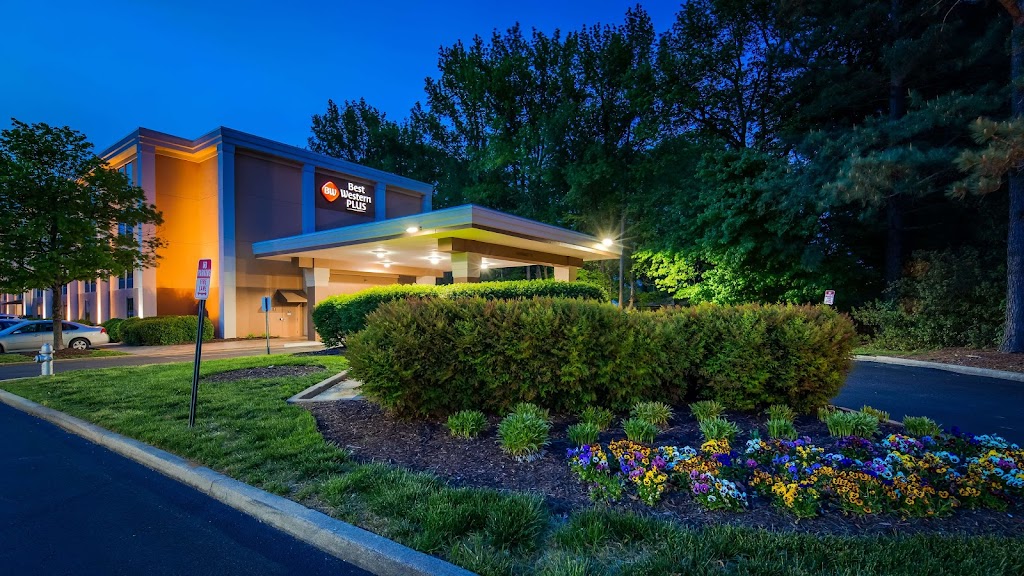 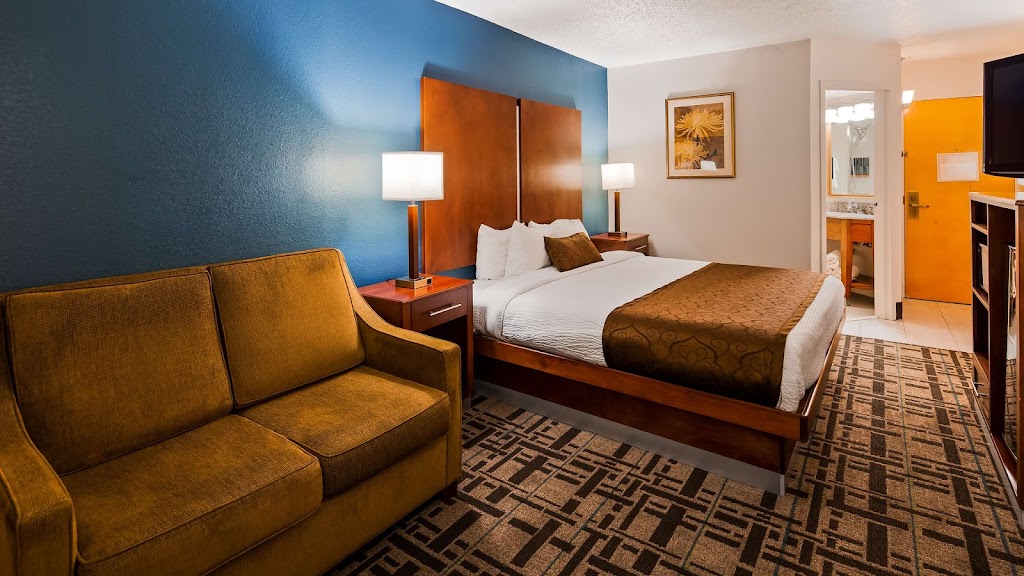 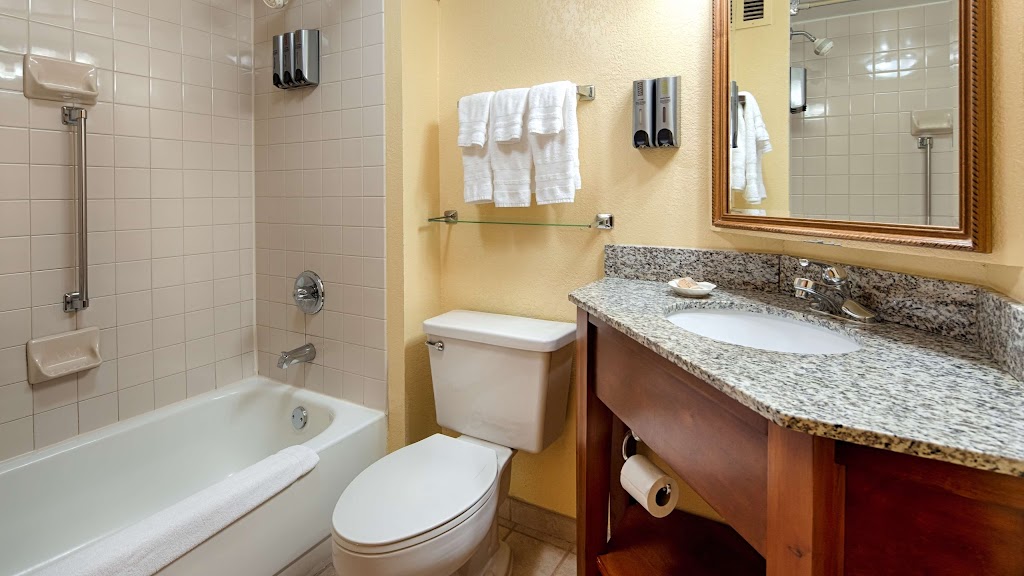 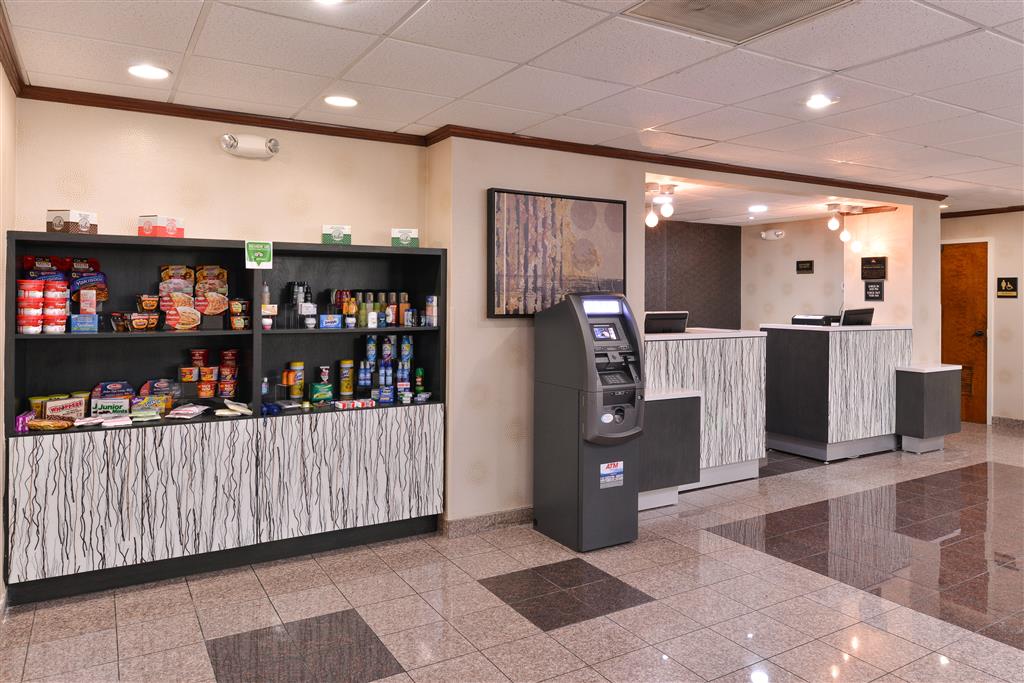 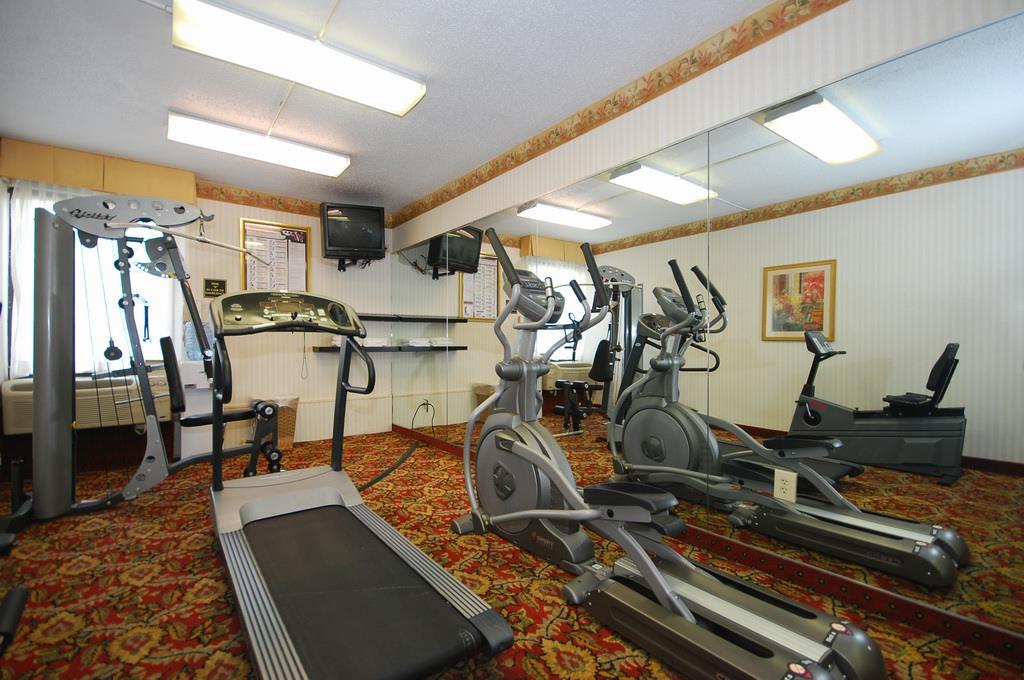 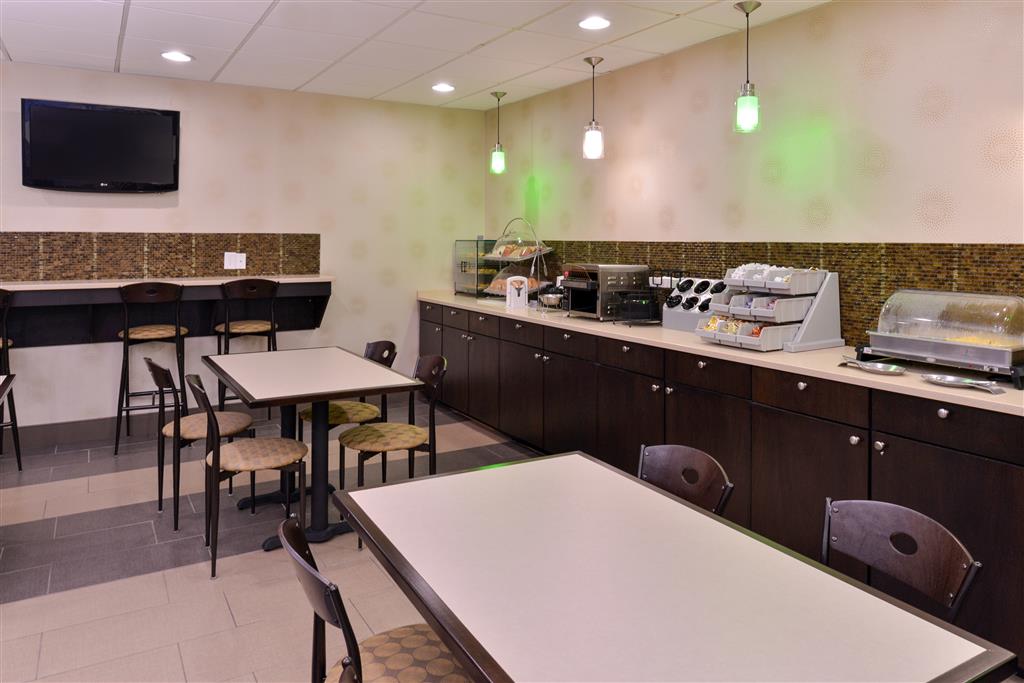 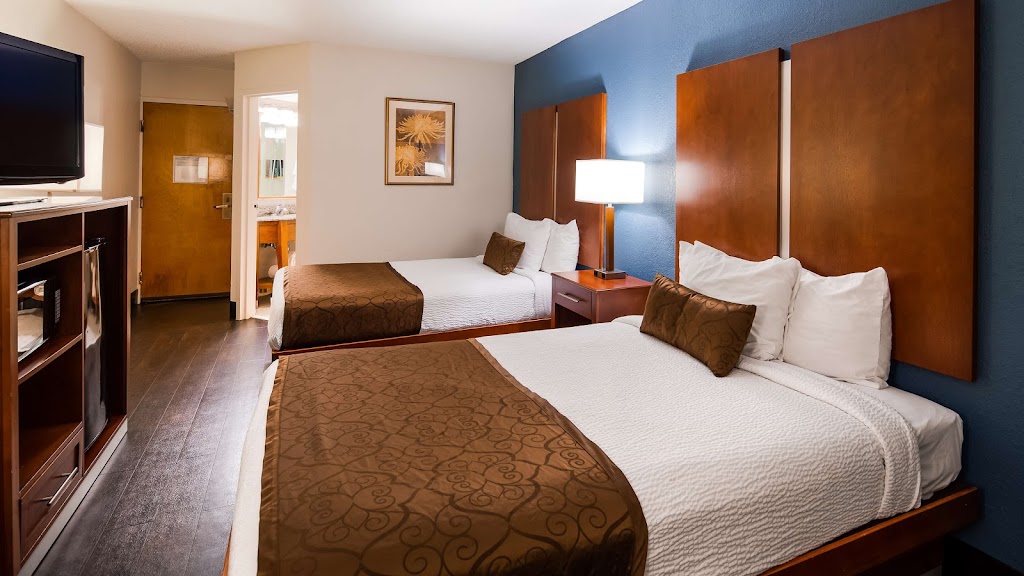 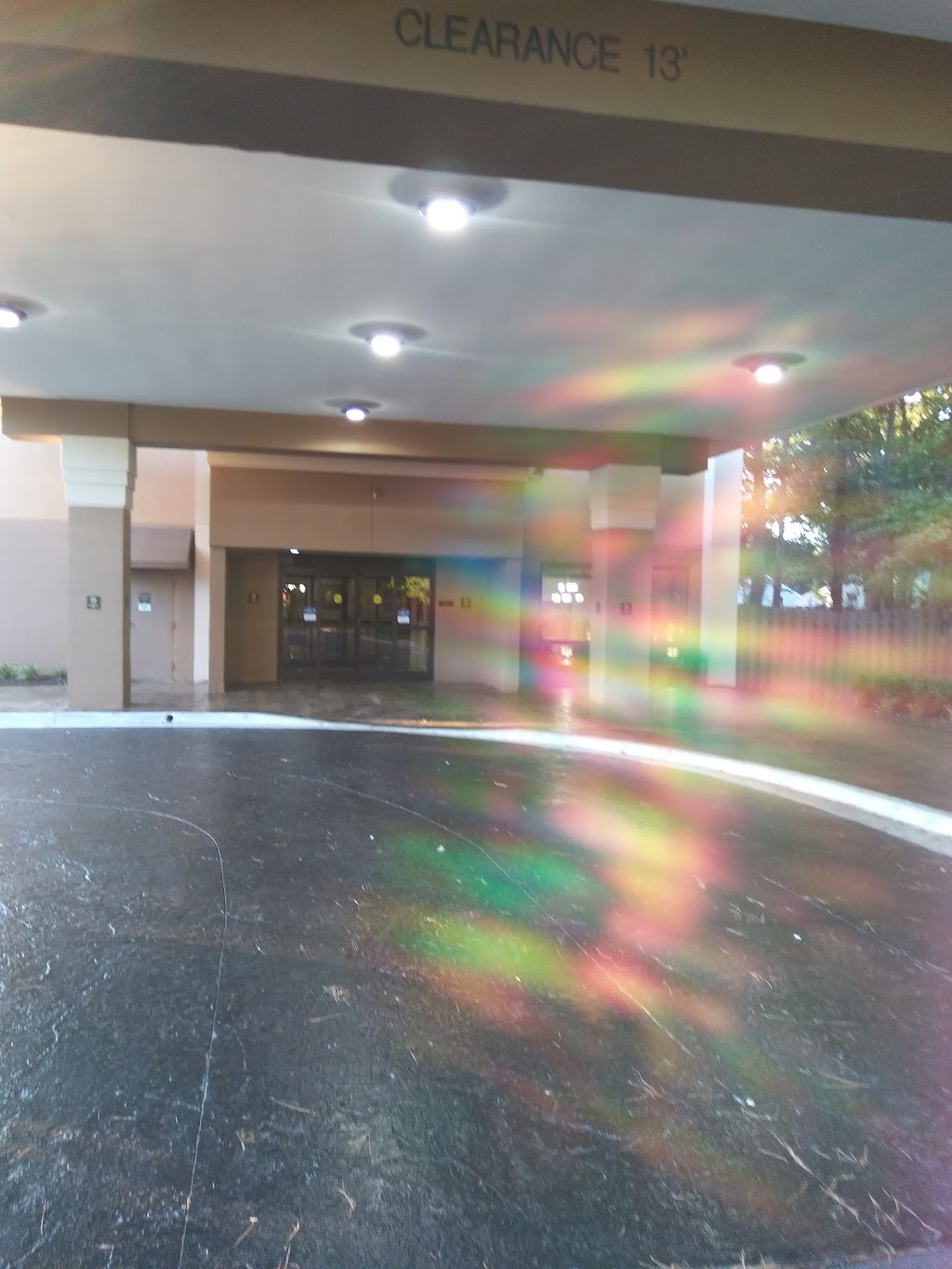 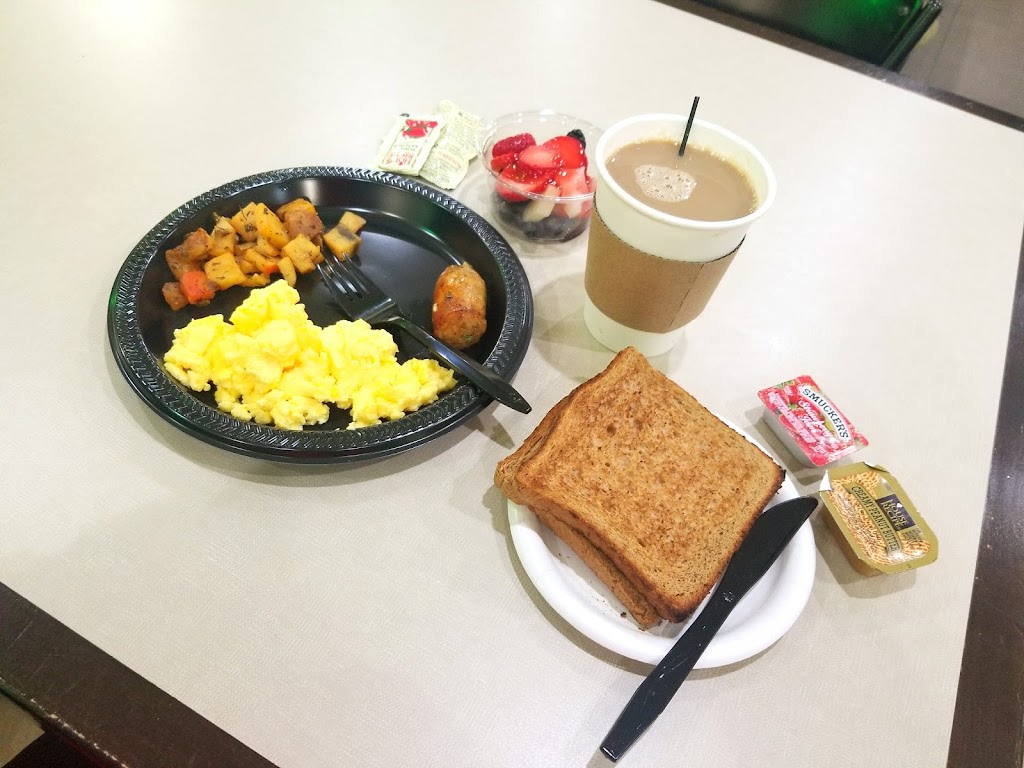 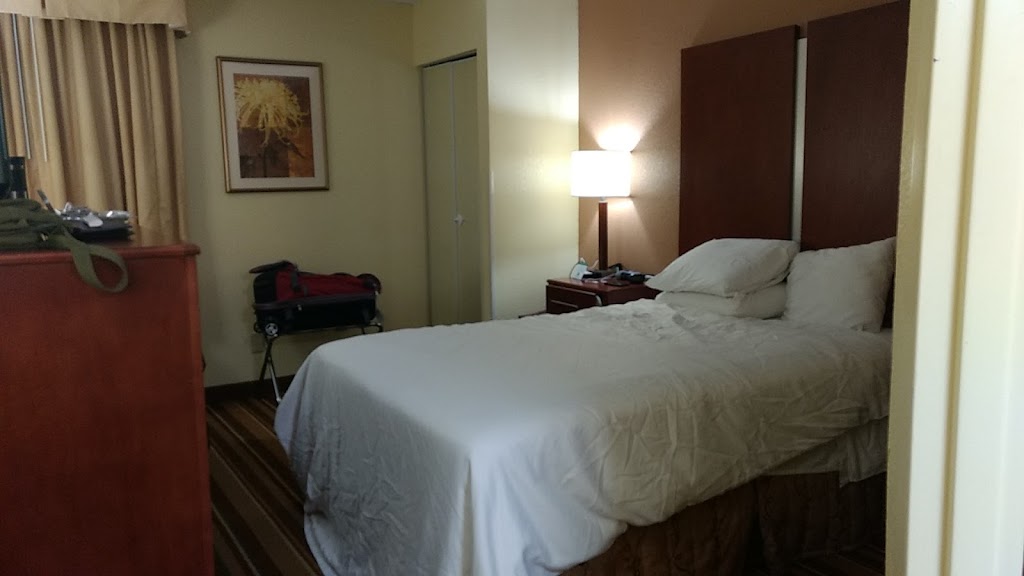 4
Good
1 2 3 4 5
(Based on 979 reviews)
Due to COVID-19, the shuttle service has been temporarily suspended
Located minutes away from Richmond International Airport. Free shuttle service to and from airport included with online purchase. No extra charges for full-size vans, pick-up trucks and large SUV's.  No room reservations needed.
Airlines suggest arriving at airport 2 hours preflight; be sure to arrive at parking location before this 2 hour window.
in Normal times: Best Western shuttles runs from 4:30 AM - 12 AM every 15 minutes to the airport and pick ups are on demand within shuttle times.

View All
4
Good
1 2 3 4 5
(Based on 979 reviews)
Alexandra Buckley
1 2 3 4 5
Sherry is the sole reason I am writing this review. She is the absolute BEST. She is attentive and cares about the guests. Helped me get linens for the pullout and knew exactly who I was when I called after leaving an item my room. Sherry deserves a raise and promotion. Thank you for making my stay enjoyable!
Nicole Justice
1 2 3 4 5
I have been staying at this hotel for years and enjoyed it. These last 2 weeks, the entire hotel smells like smoke. While the rooms are clean, the stale air and cigarette smell is unbearable. I have accumulated so many points but this is the last time I will stay here. I'm so disappointed.
M Johnson
1 2 3 4 5
Stayed here while doing a job at the airport, got a good rate through Priceline. The hallways were a bit concerning, but the room my husband and I got was decent. Bed was a bit hard for my tastes, but I'm also a picky sleeper and my husband had no issues -- if you're not as fussy as me, the bed is likely just fine. The water pressure in the shower could've been better, but we never had an issue with hot water.

Only actual problem was that a previous occupant of our room had been a smoker. The room itself smelled fine (a credit to housekeeping) until we turned on the A/C, which I know can be tricky to clean. The night clerk did offer to move us, but we declined because we were already settled and tired.
Paul Brefka
1 2 3 4 5
I had read other reviews before booking a night at this Best Western and thought overall not bad. I did read one review that said no hot water and kind of laughed it off like no way they don't have hot water. Well sure enough the shower this morning was horrible. Definitely the coldest shower I've had to take in a while and not a great way to end our stay here. I'm not even a person who likes super hot showers but this was just too cold. We will not be booking at this location ever again due to this. Relatively nice staff and decent room but the cold shower was a deal breaker.
Jeannie Mabe
1 2 3 4 5
We stayed at Best Western Plus on Jan 23, 2021. We reserved a king size, pet friendly room and were so impressed. The room was neat and VERY CLEAN. Loved the white coverlet on the bed. The bathroom was a good size and the shower was great (we hate tubs). We will definitely stay here again! Thank you!!!
Essie Cooper
1 2 3 4 5
Had to come to Richmond because my step father passed away. Arrived late after a 7hr train ride. Front desk lady was disgusting the 1 and a half day myself and mother stayed over. She followed me outside antagonizing me to hit her. I can not believe that someone like this works there.
CJ Jackson
1 2 3 4 5
Cozy & Clean. The young lady at the front desk was very accommodating even tho she worked for 30 minutes attempting to make me a key due to faulty equipment
Johnita Clarke
1 2 3 4 5
I had to leave because first, Priceline found me a deal for $55.49 a night - I stayed 4 nights. The manager then gave me a deal for $56 a night after lecturing me that COVID has prevented them for making money. When I wanted to extend my stay, again, the manager tried to raise rates, although his night personnel said I could extend at the same rate. No argument, I left. The pandemic has affected everyone, but, I'll be darn if I'm going to pay for it for EVERYONE! I will not be visiting that Best Western Plus on Williamsburg Road, again. I would rather have some money than no money! Bye, CHRIS!
JR TAYLOR
1 2 3 4 5
The price was the same as all top end hotels and Marriott Hotels all very close to the airport all near the Richmond Airport. When I arrived to the area I couldn't believe how run down this entire area is! I have to start off by saying my room was nice and clean, and all of the staff were very courteous and professional. Extremely nice! Top-notch hotel staff. With that said, this should be a $50 Hotel, not $80. It's old, ice machine on my floor is out of order, my shower doesn't work, the lever 2 cut it on is broke, tiles in the shower are moldy and filthy. The mattress on my bed is Lumpy and way too soft! If you ever get to sleep you'll wake up feeling like your back is broken. And the review is still ongoing because I haven't checked out yet as of Thursday evening.
Bryan Mitchell
1 2 3 4 5
They let me check in early (super clutch) and the rooms were good. Only issue is as soon as I walked in, my allergies flared up like I sniffed pepper
Brian Robson
1 2 3 4 5
I had a great experience at this hotel they picked me up at the airport and brought me back to the airport five star customer service all the way I would highly recommend this hotel to stay at. Chris and the staff were very friendly and I would definitely recommend you stay here.
Clifton Graves
1 2 3 4 5
Rooms not to clean, bugs on the walls, very unpleasant!!!
Fee Bee
1 2 3 4 5
I was not happy with my stay and it has taken me a while to post this review because I have thought about it over and over. First they tried to give me a room that was smaller than the one I booked and tried to convince me they didn't have the room I booked. The gentleman in charge of Maintenance was very helpful and even came into the room with me to make sure the second room was fine and he fixed the shower before leaving. Staff was not consistently wearing masks, housekeeping ,and front desk receptionist did not wear masks.
Theresa Oestreich
1 2 3 4 5
We stayed one night at this hotel before returning home after a vacation. The staff at the desk were very friendly and so was the shuttle driver. The hotel is a bit dated and the rooms a little small, but they were very clean, the beds were comfortable and the bathroom amenities good. The price was very reasonable. We rented 2 adjoining rooms since we have 2 adult children. This was convenient. We had an early flight, so didn't get to enjoy breakfast, but were able to grab a cup of coffee which was great. The breakfast area was clean and I think the breakfast would have been good. I would stay at this hotel again if I wanted to be near the airport - we used the shuttle as we dropped our rental car off the night before (worked out great).