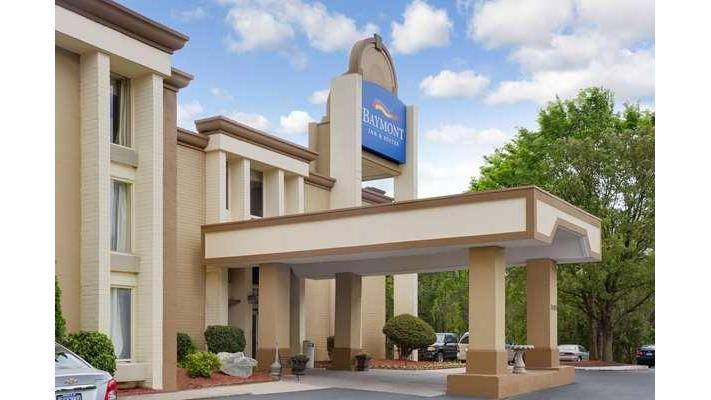 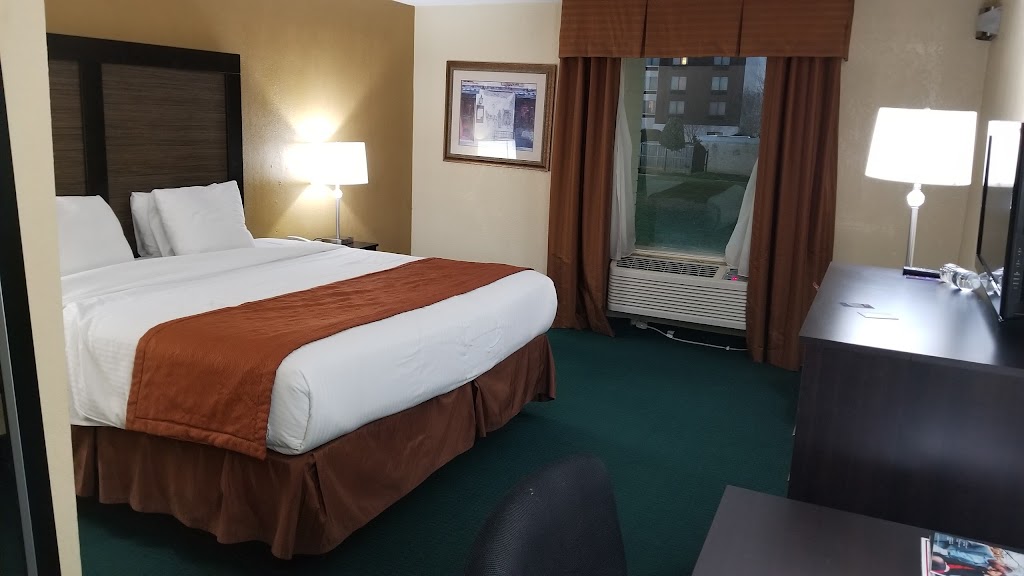 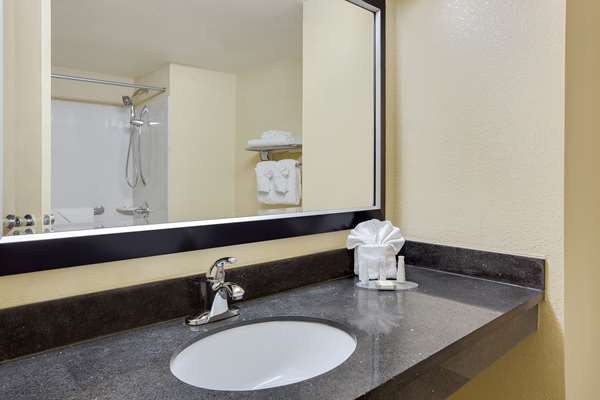 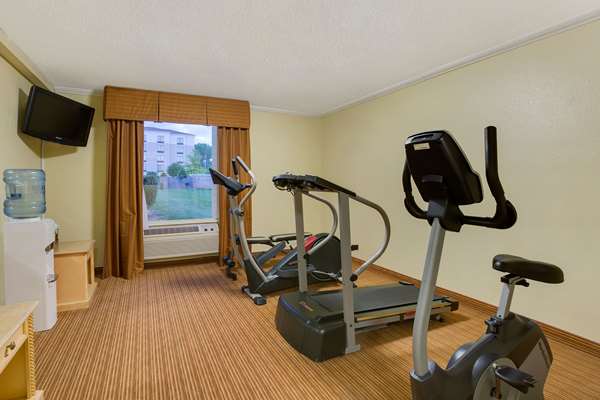 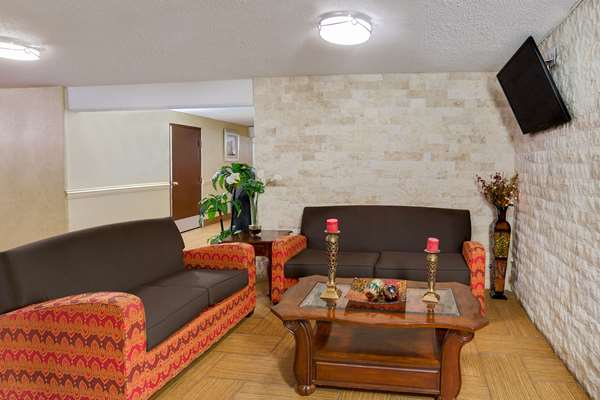 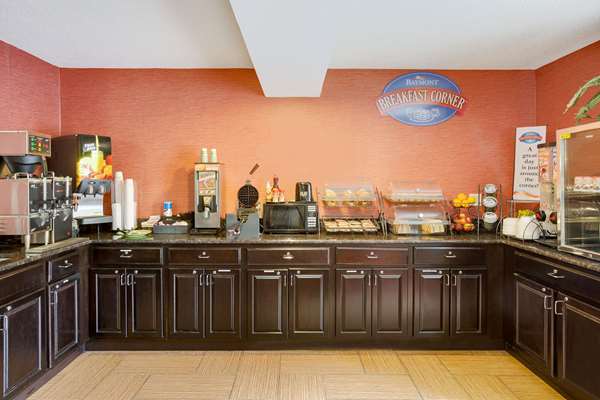 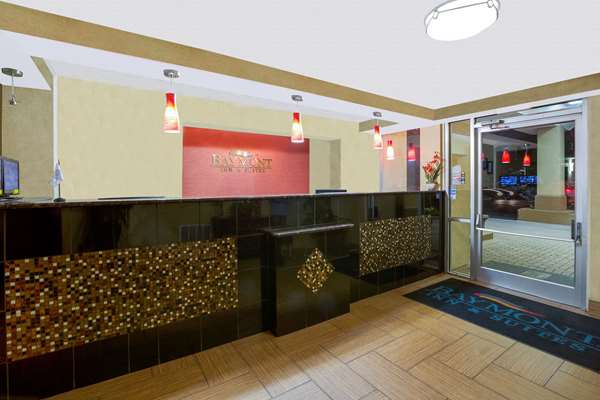 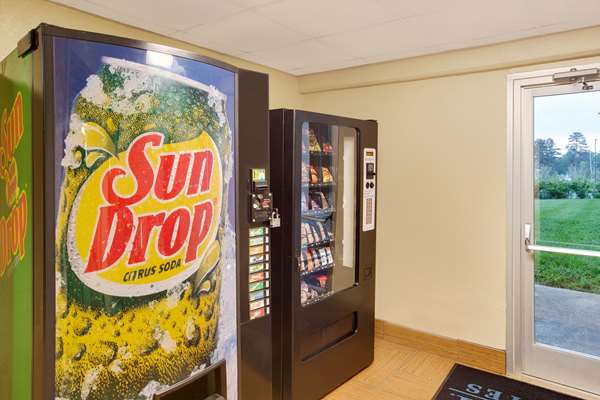 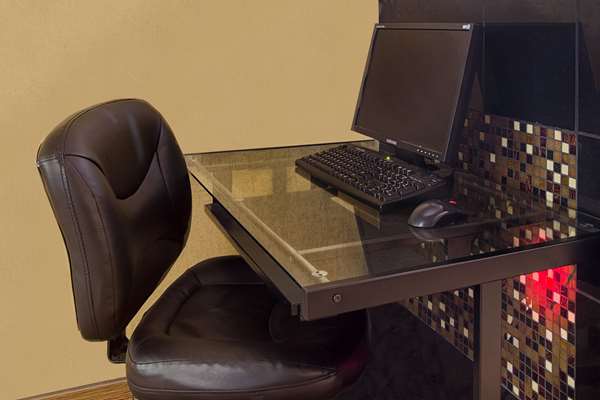 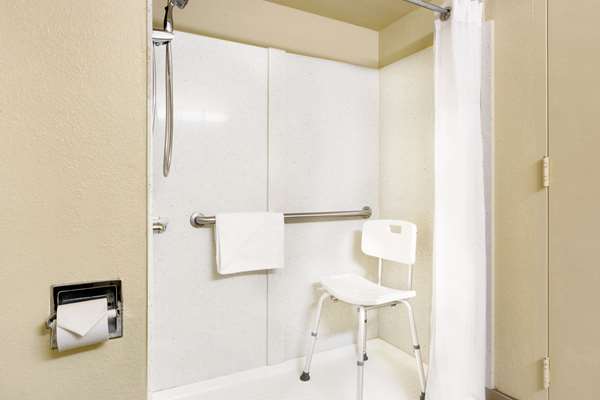 We provide safe long term parking for your travels out of the Charlotte Airport. We are located right off of I-85 and Billy Graham Parkway. Just a short 5 minute shuttle ride to your terminals. You must call ahead to schedule your shuttle service. Our shuttle runs 24 hours a day once a hour on the :20 of the hour. You MUST make reservations online in order to take advantage of this special offer.

View All
2.8
Average
1 2 3 4 5
(Based on 704 reviews)
Zachary Griswold
1 2 3 4 5
Coming into the hotel everything was fine. Let’s say I stay in hotels for a living. It’s was ok and the staff was nice. Got to the room and the AC was halfway working. Tolerated it for the night. Asked staff about a shuttle for the airport when checking in and they advised of the shuttle times. I asked if I could have one a bit later due their schedule putting me to the airport 2hours before I needed to be. They said that was fine. Came down this morning to a rude grouchy ole bitty women who wouldn’t take my room keys. I reported the ac not working. I tossed the keys on the counter to where she demanded I put them all for her to run and grab them. She the. Yelled at me and chastised for me doing as she asked. Another customer walked by and stated she was rude to him this morning as well. DON’T WASTE YOUR MONEY. STAY SOMEWHERE ELESE.
Nicole Niccii253
1 2 3 4 5
Ms Modi in the morning was a breath of fresh air. The 2nd floor remodel was a very nice touch to the king rm. #234 all beautifully upgraded Alfredo & Roberts stellar customer service was greatly appreciated. Would have given 5 stars, but having to wait over 45 min. And calling 3 times was lackluster.
Mark Day
1 2 3 4 5
Short term for a short-term stay, Baymont has everything you need. Including shuttle service, well you're traveling, if needed. Rumi and comfortable rooms with all expected amenities for an inefficient hotel.
Eddie Taber
1 2 3 4 5
Place is older and is pretty plain. Was charged twice or had a $100 charge for deposit that was still on the card a day later. I was not aware of that when I paid my $74 the first night. Maybe it was on the paper. I didn't read it and they didn't tell me. Not a great hotel for the money. Probably could pay a few more dollars and get a better hotel. No food at the hotel because of covid and difficult to walk to a restaurant.
Kristen Brochu
1 2 3 4 5
I wish I could give this hotel zero stars. The hotel was not clean, I found dead cockroaches on the floor, and my credit card was scammed, with Wyndham putting three unidentified and unauthorized charges on my card. The front desk had no idea what those charges were and I could not get in touch with Wyndham customer service after trying for the better part of a day. I had to cancel my card. I will never stay at a Wyndham hotel again.
RB TNT
1 2 3 4 5
This place is a good stay they do have a $100 deposit fee but we'll worth it

Staff is great housekeeping is awesome

The floors are dirty, the walls are dirty. There is nothing redeeming about the hotel. It smells terribly (a combination of cigarette smoke, burned grease and who knows what else). The metal room doors with the patchy paint spots are a nice comforting touch too.

I can not recommend this hotel.
sarah flack
1 2 3 4 5
Nice staff considering the american airline dumped us there at midnight, they had tooth brushes and a soft bed. Breakfast bar opened early, very considerate
Diana Ray
1 2 3 4 5
The furniture and lamps are beat up. The room smelled like mold and low and behold the rotten wood around the ac unit was falling apart and there was mold and mildew. The filter was nasty and covered in dirt/dust. Carpet stains along with bedskirt stains. The underside of toilet seat had hairs and dirt. Really gross place. This is where American Airlines sends their first class patrons when they screw up flights. Ridiculous!!
Cindy Howard Clayton
1 2 3 4 5
And it was dirty and reaked of cigarette smoke but was cheap and close to the airport. I didn't feel unsafe.
Nathan Pollard
1 2 3 4 5
Horrible experience. The first room we were given had not been cleaned. The beds were unmade, television was on, and trash was all over the floor. The second room at least had the trash removed and the bed made, but there were stains on all the pillows. After sleeping in the bed both of us had skin breakouts and itchy bumps. We parked a car here while we took a flight. When we landed I called their free shuttle service to come pick us up and I was told they were on the way and would be there shortly. After a 45 minute wait and another phone call the shuttle still had not arrived so we had to take a taxi. I promise you are not desperate enough to stay at this hotel or use their services.
Wesley Rinehart
1 2 3 4 5
The customer service was absolutely terrible. We desperately needed to do some laundry; well their dispenser was out of soap. When we approached the front desk, the attendant said that she couldn't help us until 11:00 PM when the night shift arrived. With dirty laundry in hand, we walked back up 2 flights of steps only to find out our key card stopped working. We walk back down stairs to get it reprogrammed only to find that it didn't work again. When we make another trip downstairs, they tell us that they dont sell laundry soap (even though there is a dispenser on the wall that has the Tide logo on it and it ate our quarters). The room was clean enough... but the customer service had lots of room for improvement.
Robbie S
1 2 3 4 5
This place was so run down, dirty, and dated. The bathrooms smelled like urine with mold and other build up around the floor. Dirty walls, mirrors, and the jacuzzi tub was falling apart and extremely dirty. I have pictures and videos that will be posted soon. Absolutely horrible experience and I will from now on do everything I can to shut this place down so no one else gets taking advantage of and over charged here again. Just horrible staff as well.
William Hunter
1 2 3 4 5
Baymont offers a program where you can stay one night and Park for about a week. They provide shuttle service to and from the airport. The price is very reasonable.
Linnea Blaurock
1 2 3 4 5
Staff was very unhelpful, they did not call the shuttle to come pick me up for 30 minutes. Check in was fine, and I got scheduled for a shuttle in the morning. When I showed up, I was told the shuttle already left, and they hadn’t written my name on the list. The room was clean, but the bed was uncomfortable and the hotel had a strong odor. I did not try the breakfast.
Colin Williams
1 2 3 4 5
It was fine. Got to park my car there while I traveled the states. The room had a little to be desired. The curtains were tattered and the AC had a mind of its own. But I was only there for a few hours of sleep, so it served it's purpose.
Jakye Alvarez
1 2 3 4 5
pity hotel was not serving the washing machine the lord of the front desk charged me double when I had already paid the reservation the maintenance of angry milk at breakfast not served. and they didn't clean the room when I asked for it and the elevator didn't work I don't recommend this place very badly
Jolita Parrott
1 2 3 4 5
Angelica and Sandy are the best! I would recommend everyone I know to come here. I was treated like a true Queen by them and was very impressed by their professionalism. They made sure I was highly accommodated and and handle business matters so so super professional. I feel very well kept here. They deserve to be at a top position in this company, I own my own travel business and I've been to a lot of places, and by far, they are the best! Also, one of the drivers (black male) who does midnight and morning shifts was amazingly professional as well. I hope the three of the staff members I mentioned goes very, very far in this company, and I also hope to see them in higher positions. They have outstanding customer service and professional skills to do any top position. Keep them because I'll be looking for them when I come back, along with everyone I know, (literally). Please thank your staff for the awesome experiences that they have given to me, because the airport was chaos and when came to this hotel, your staff (specific Angelica, and Sandy daytime staff) made my day. Great staff is hard to find these days (I'm just saying). Again,please take this review in deep

consideration. Thank you and I'll be back sooner than later.
Aric Toboleski
1 2 3 4 5
So many flights canceled and rooms booking up I can't blame the staff for being short. Set that aside it's very outdated and we saw both a rat and massive cockroachs. Thankfully not in our room. But add it all together and this place is not fun. Need a place to sleep because your flights canceled? Sure, it won't kill ya
Zulma Tedesco
1 2 3 4 5
Very nice staff and the bed was great! Travel tip: always bring ear plugs and enjoy a nice breakfast out. They have a free breakfast, just know it's mostly carbs
Lona Brown
1 2 3 4 5
I expect a certain amount of quality from Wyndham hotels but this one did not meet those expectations. It was clean and the staff was acceptably friendly (although seeing the desk clerk with her feet up on the counter chatting on the phone was a big exception) for the most part. What I wish I had known is that this facility has sometime recently become non-smoking and that fact was evident in the room, old cigarette smoke along with a musty smell.

The bed was fine. Breakfast was typical carbs-only, so don't expect any protein.
Aaron Oakley
1 2 3 4 5
My brother, had been put up here after his flight from Gainesville, FL to Charlotte had been delayed, causing him to miss his connecting flight. From what he said he was FAR from impressed by the state of the hotel and the employees there. I can’t speak to that; however, I can tell you my experience with the woman at the front desk. I called the front desk in hopes of being transferred to my brothers room (he didn’t have his cellphone charger). I asked her if they had in-room telephones and if they charged for their use. I then asked for her to transfer me and she said she needed the room number and I told I didn’t have it but could get it. She then replied with, “What do you want me to do?” I quickly ended the call. I called back after finding out the room my brother was in and accidentally told her the wrong room number by mistake. After trying to transfer me she picked up and said, “There isn’t anyone in room 109. Don’t mess with me. Seriously don’t bother me right now and hung up.” I understand it was late in the evening but as a front desk agent/concierge being hospitable and friendly plays a large roll in the enjoyment of clientele.
Terri Byer
1 2 3 4 5
Although employees were very nice, the place wad absolutely filthy. The dirtiest place I've ever stayed in and there have been quite a few! My toilet had not been cleaned. Bed was comfortable though! Grabbed one of the last rooms available in the area due to many cancelled flights. Will sleep in airport next time if nothing else available.