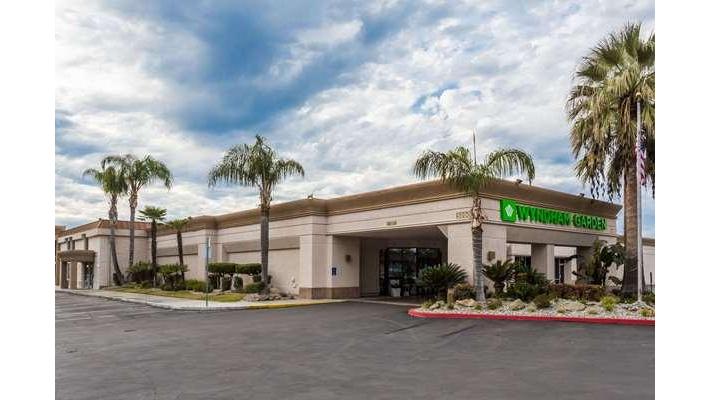 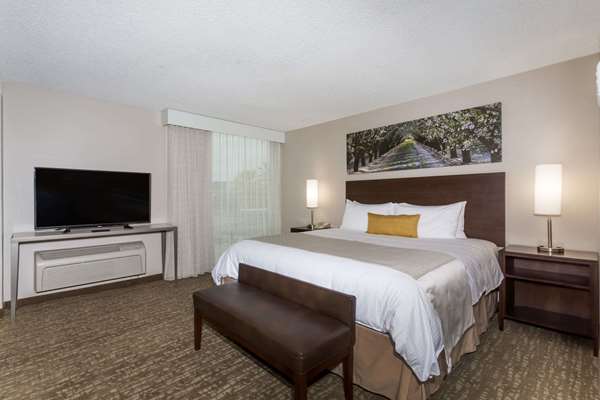 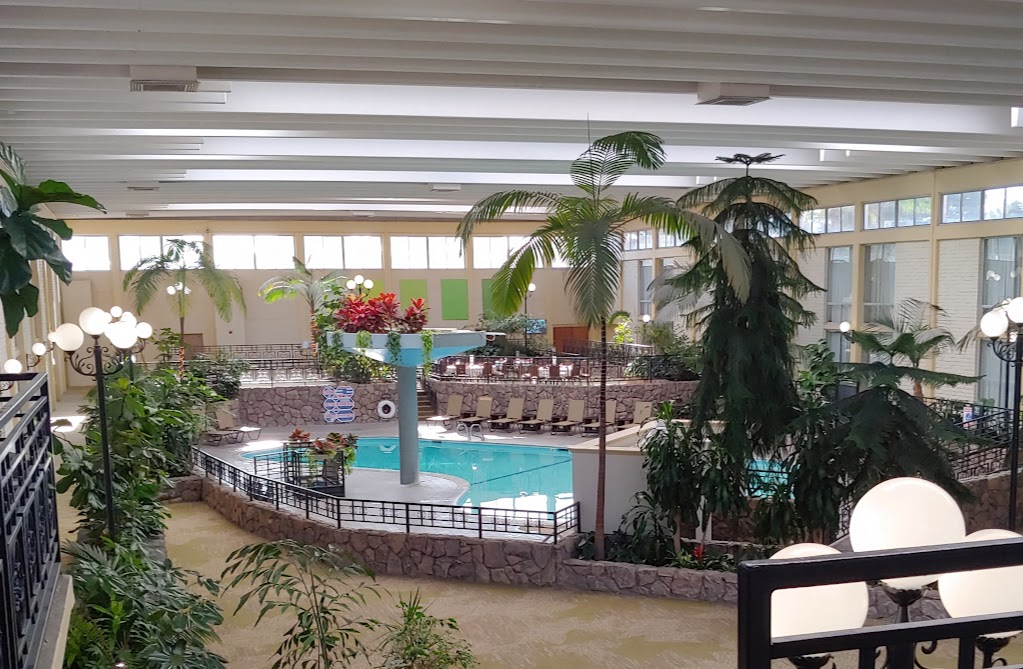 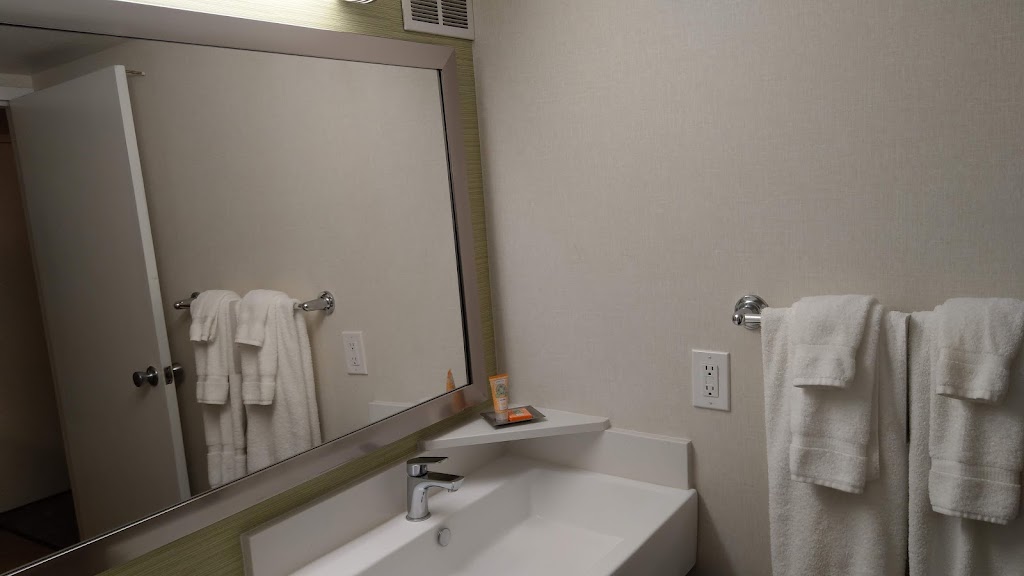 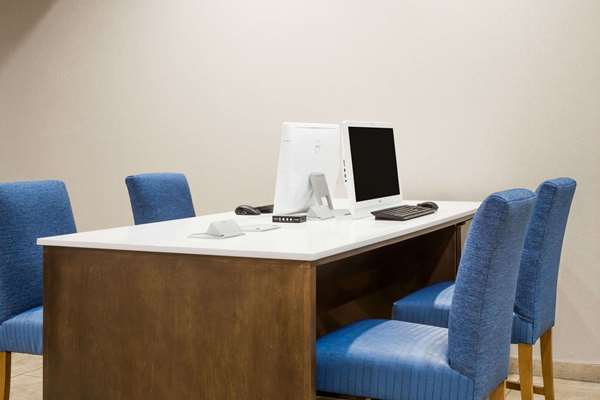 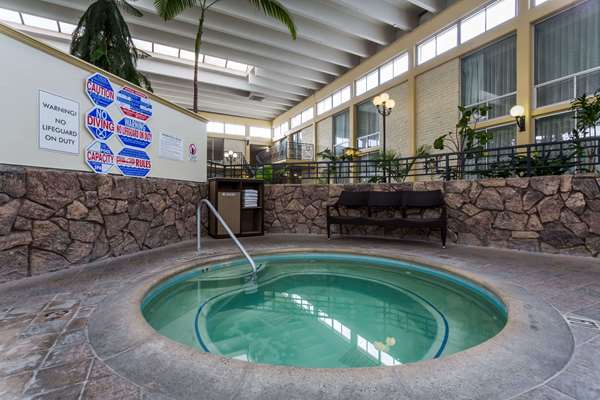 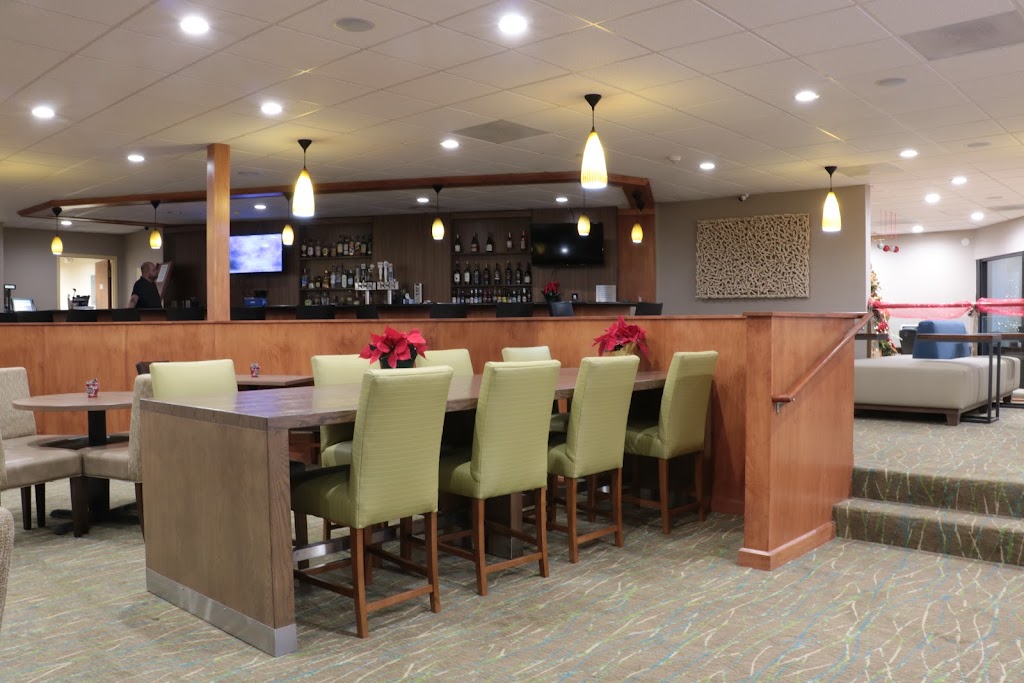 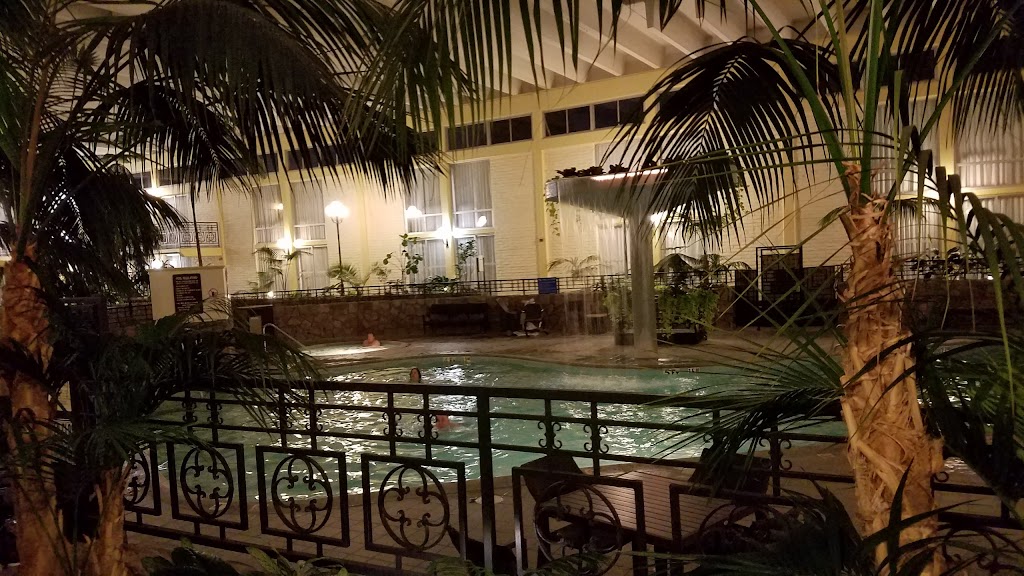 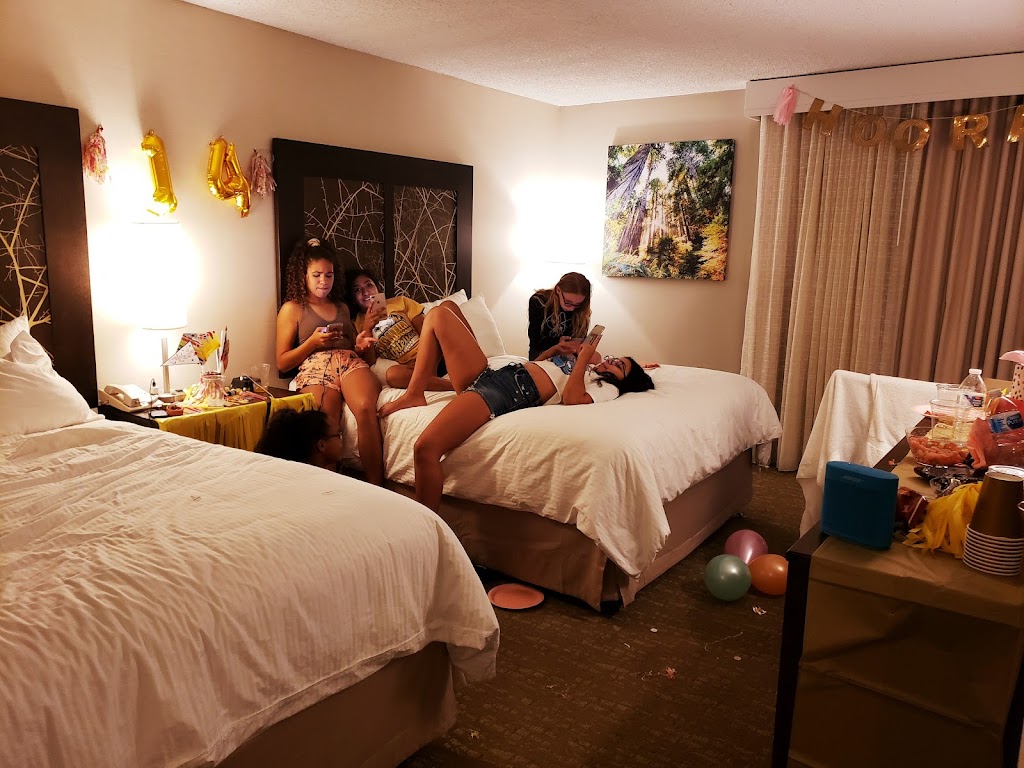 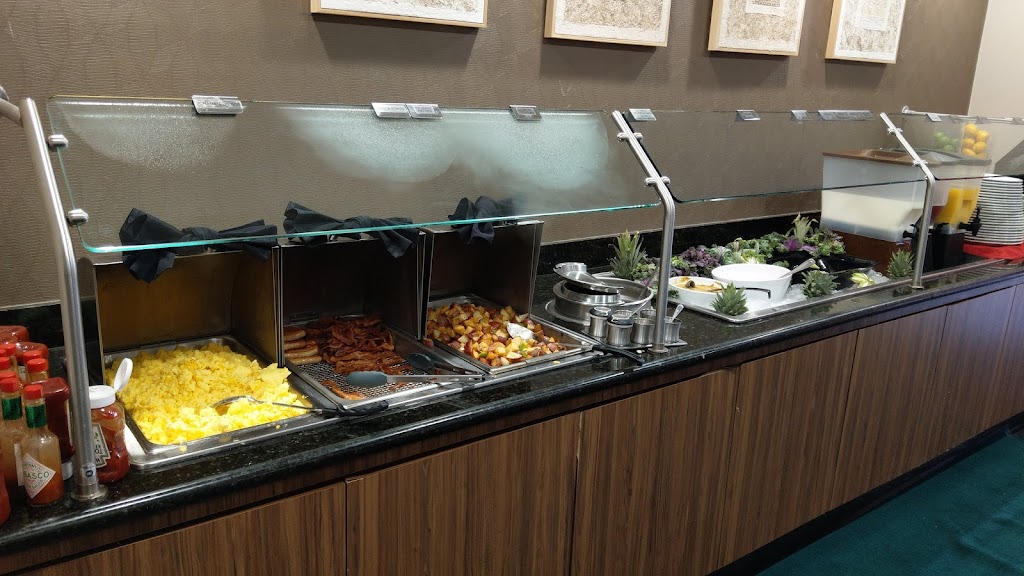 COVID-19 update: This location is no longer offering shuttle to/from airport until further notice. However, this location is walking distance to the airport directly across from the crosswalk as you exit arrivals and baggage claim. Most customers use ride services like LYFT or UBER to get to/from the airport during the pandemic

Find a great deal at the Wyndham Garden near Fresno Airport

Parking at Fresno Airport does not have to be complicated. We partnered with this great hotel to offer you simple parking at a fair price. Check them out.

Do you have any early morning flight and looking for an airport hotel with free parking? Check out these Fresno Park Sleep Fly Hotel packages.

View All
3.9
Good
1 2 3 4 5
(Based on 991 reviews)
WilliamandAmber Gidney
1 2 3 4 5
I've stayed in a lot of hotels and this one is really nice. I love the indoor pool area and waterfall. The plants are real which makes it that much nicer. It's very quiet and when we had an issue with the room (heater malfunction) hazmat didn't hesitate to move us to another room and it was a nicer room too. Very pleased with the stay here.
Yazmin Torres
1 2 3 4 5
Honestly very nice decent place to stay I had no concerns and staff was very nice but I only have one issue were i left my engagement ring on top of a table inside our room. We were in such a hurry to leave since we lost track of time. An hour later is when I noticed i didnt have my ring on. I rushed back to get it the room was already clean and my ring was gone. the staff there said they did not find anything and it upsets me that someone would take it and not turn it in especaily if you worked there. that ring means so much to me and beautiful memories were taken with it
Ron Darnell
1 2 3 4 5
I had to take an exam for the State this afternoon. It was in the Wyndham building behind the hotel but still part of its facility.

Rather neglected back there.

Piles of dead limbs in the parking lot for what appears to have been quite awhile and weeds growing through all the cracks in the pavement. Definitely not a place where the gardeners spend much time.

Inside the facility was clean and what I would expect but the outside has been neglected.

It's all easily fixed, just needs to be done.
Sean Magee
1 2 3 4 5
This place is a disaster. No wash cloths in the bathroom, no paper cups, and no Kerig coffee pot. The place has not been updated in over 30 years. It appears it is also a dumping ground for homeless. There was constant noise from guest partying and fighting all night. Someone pulled the fire alarm at midnight. It's more a frat house then a hotel. U would be better off sleeping in ur car or at a motel 6.
Reuvèn
1 2 3 4 5
Nice staff. However the room was was pretty disappointing. The bed and the chair was hard and uncomfortable. The wifi was too slow to watch movies. The television did not work at all, it didn't even turn on. It's the 1st hotel I've stayed at in years without a coffee machine or even just cups for water in the rooms. There also was no hand soap. The walls are pretty thin so you can hear a lot. Also the halls have 0 signs so you can't see what room numbers are in what hallway or where anything is located. Moreover, another guest used their key to get into my room (by mistake thinking it was theirs), however, it seems the keys they are giving out works for not just thier room but for others as well. This is a SERIOUS breach and oversight of security. Overall, it's way overpriced for lacking such basic features.
Nadia Abbasi-Kling
1 2 3 4 5
I stayed here for a week while I responding to the pandemic as a travel nurse. The reason for the poor review is the cleanliness- all the towels they gave me were stained brown which is disgusting. Also the shower pressure is some of the lowest I have ever felt and the tub did not drain- it took about 12 hours to go down after I showered each night. To top it off the desk staff was unprofessional- every time I needed something I came to the lobby to ask for it they would ask my room number rather than my name- it is common knowledge that you do not have a guest say their room number out loud, especially a young woman, due to privacy reasons when other guests are within ear shot. Stay literally anywhere else.
Linsey Bailey
1 2 3 4 5
First, Billy was amazing. He had personality and he was knowledgeable. He is the reason I would come back. Then Chris was very helpful. The rooms were nice but it was the service that will bring me back.
Drake David
1 2 3 4 5
Your establishment has always had a professional kind and discretionary attitude towards its customers your rooms are quite comfortable and staff always courteous thank you
Parrish Allen-moore
1 2 3 4 5
The bed was to die for, I slept like a baby ... As well I was discounted 15% off my room (memorable)
Juan Carlos Lopez
1 2 3 4 5
Very usefull hotel and really near to the airport. I really rest and enjoy the short time I stay in.
Corey Anna
1 2 3 4 5
Nice clean rooms. Stayed here 5 days, (worked nights and slept during the day,) had to switch rooms the first day because no one told us there was construction on the roof:/. Other than that it was pleasant. Walls are very thin.