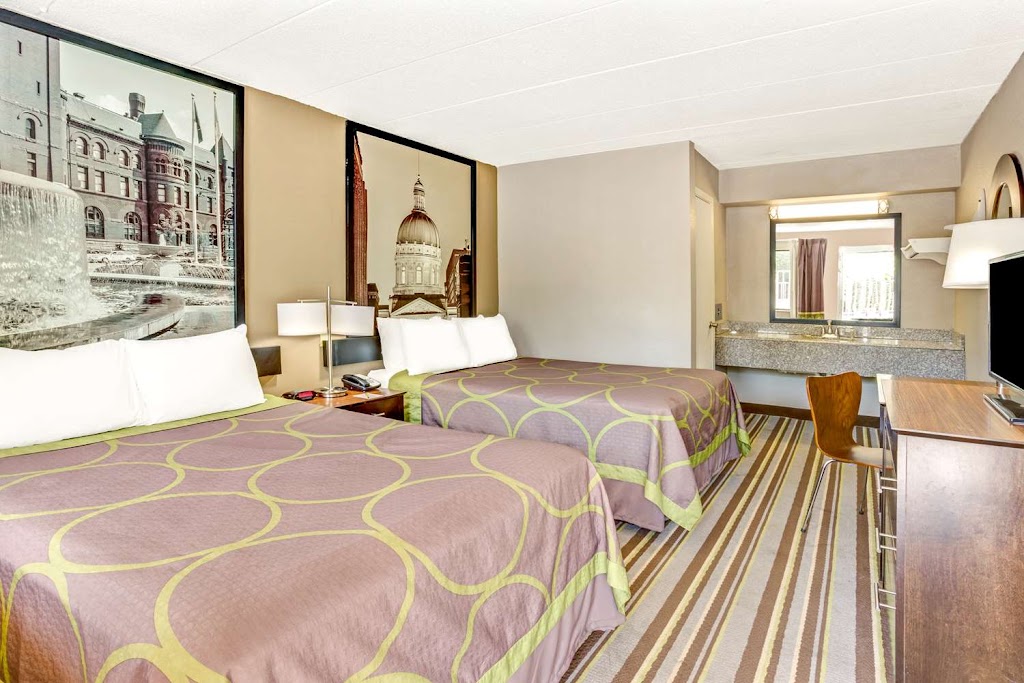 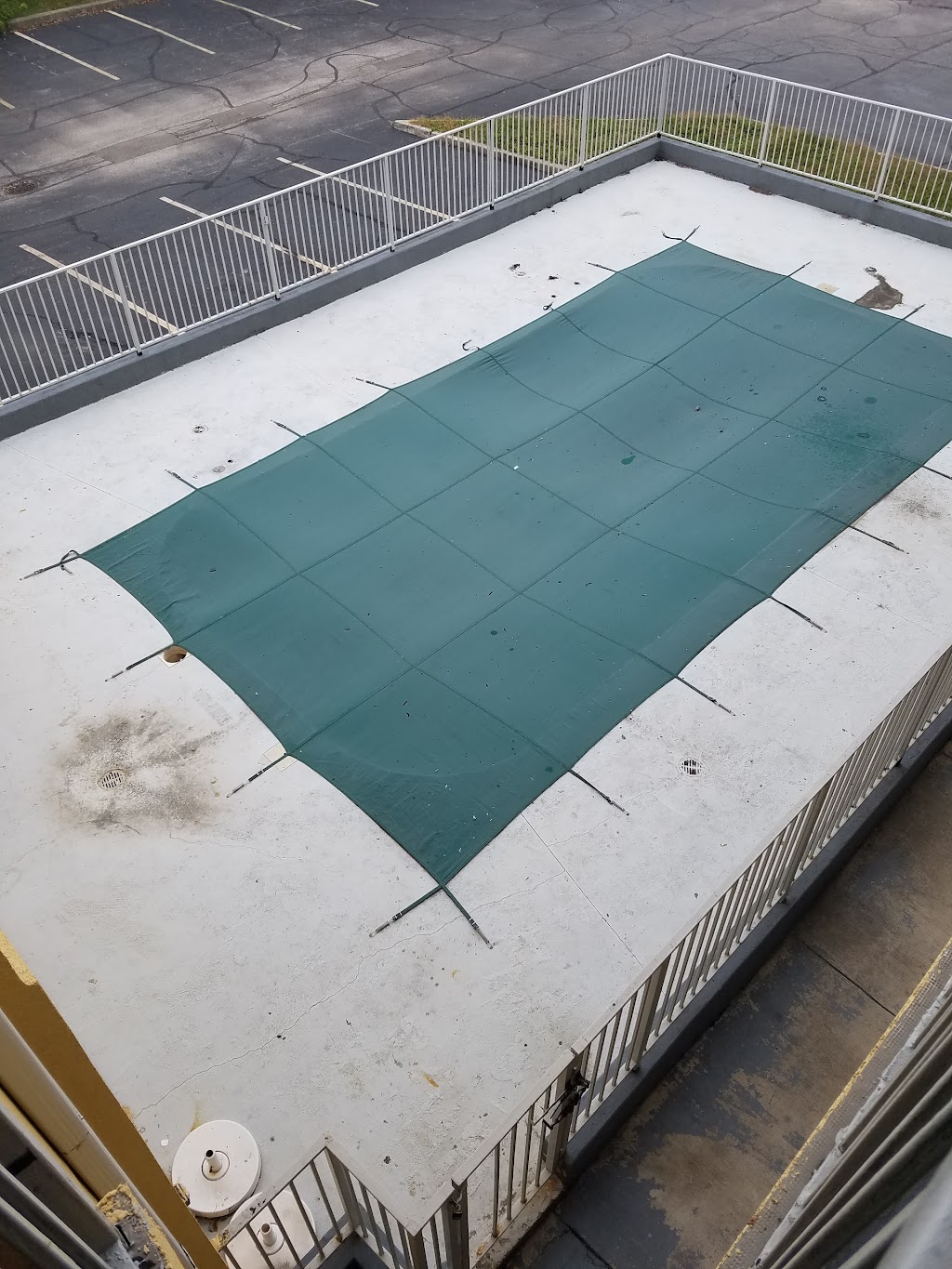 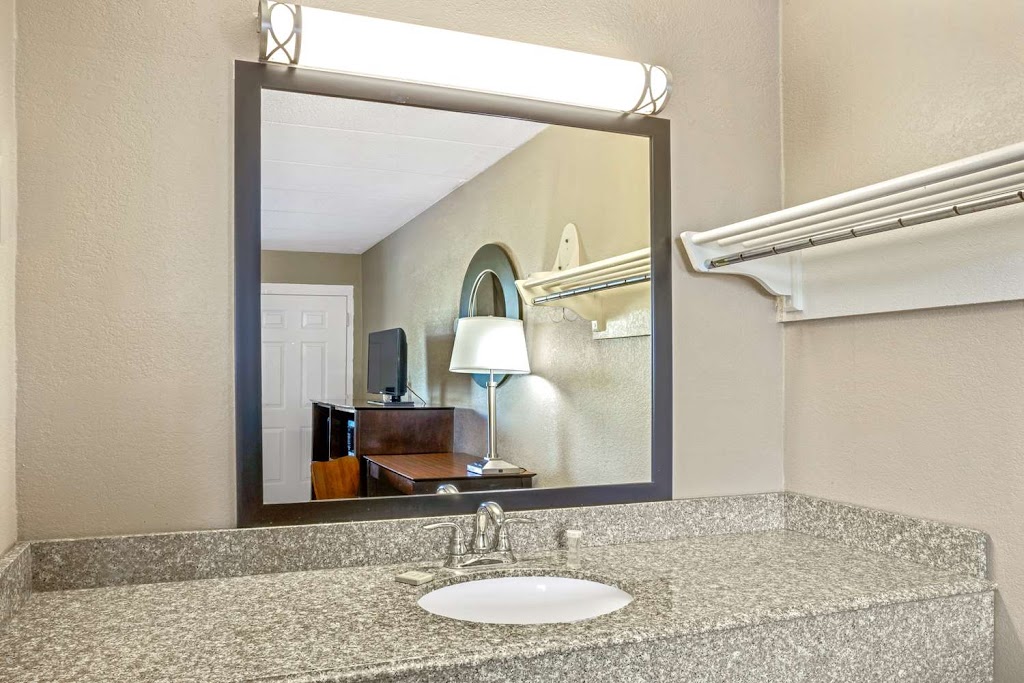 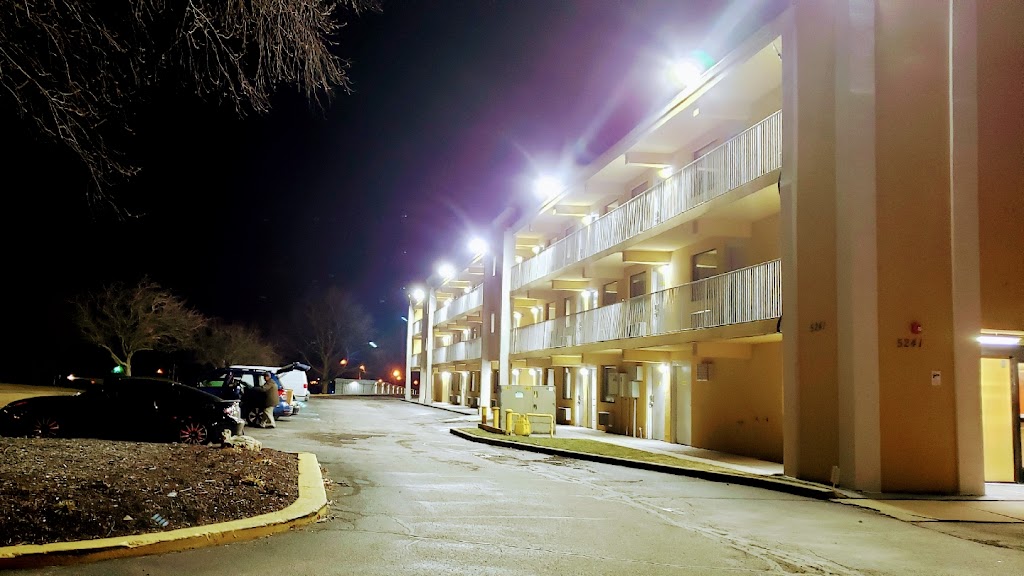 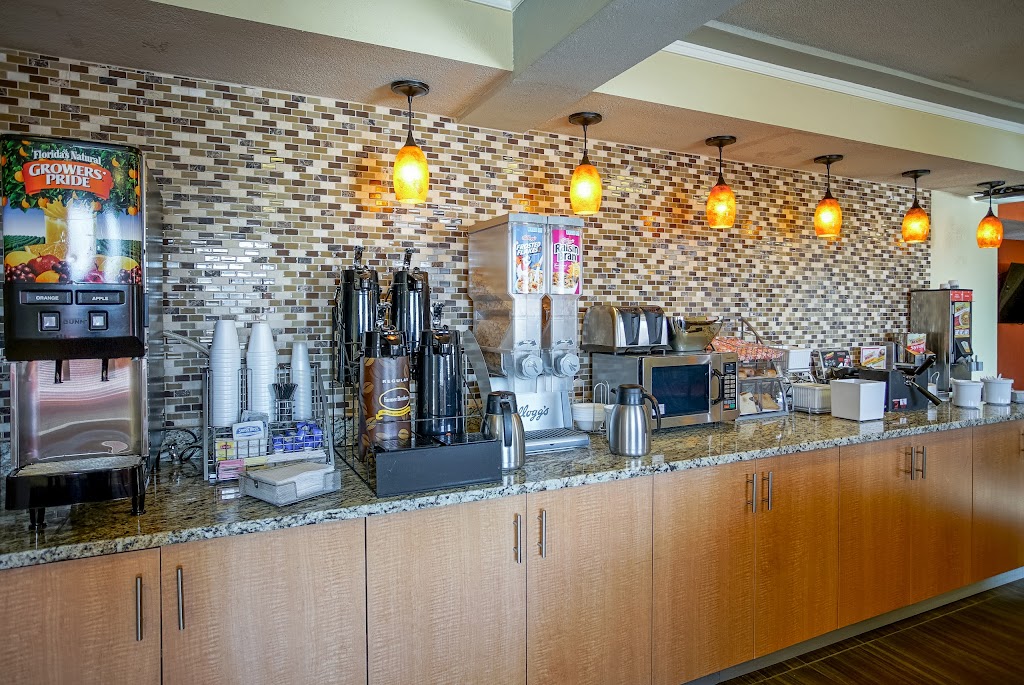 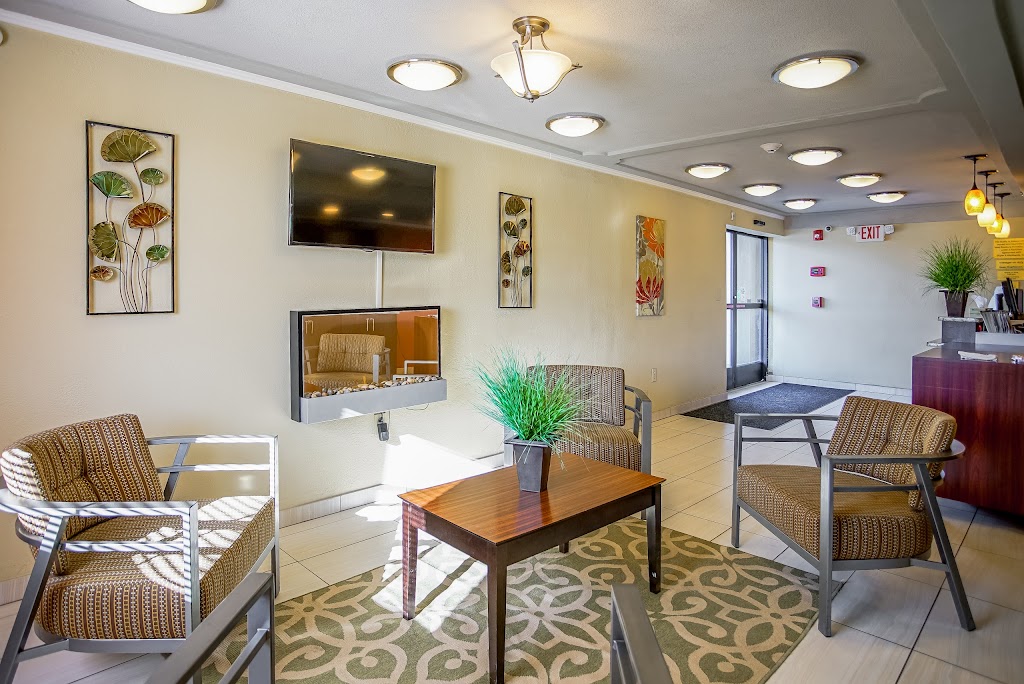 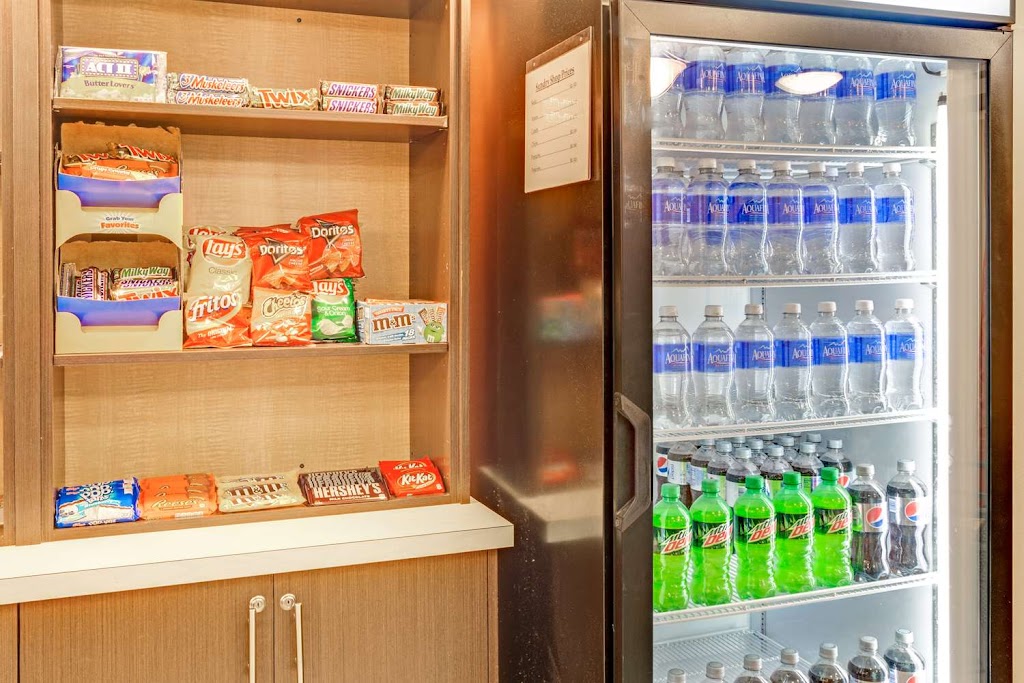 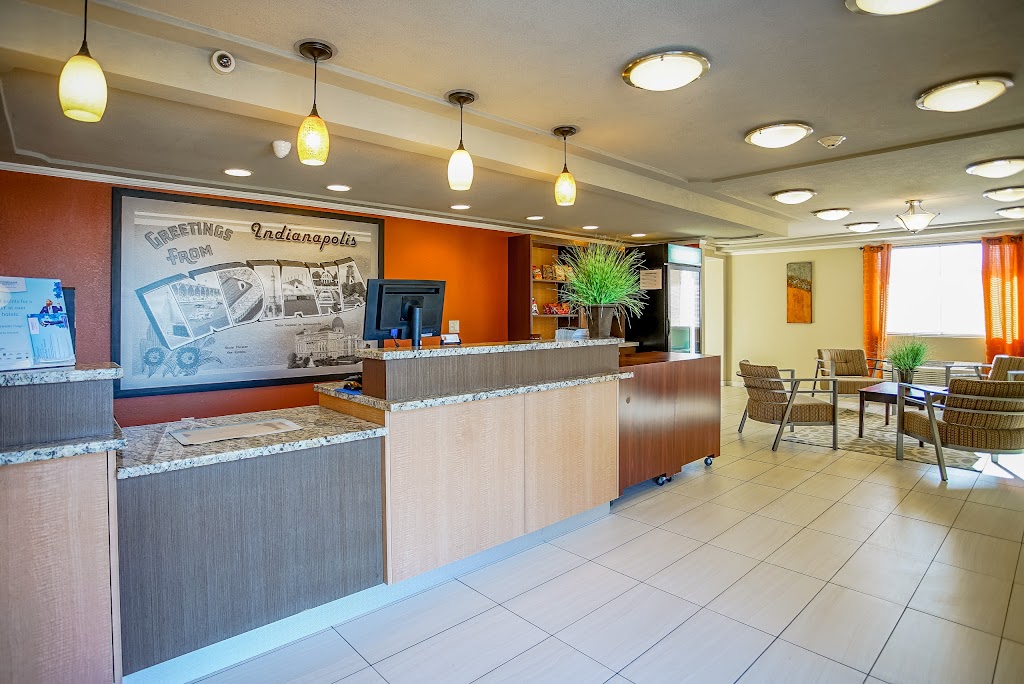 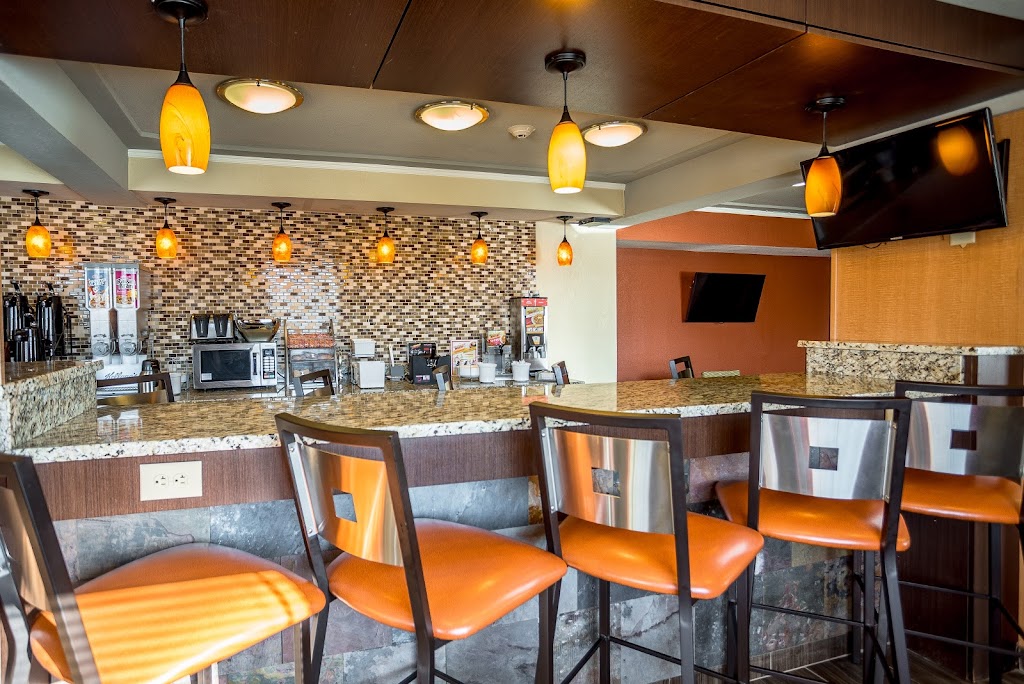 Do you have any early morning flight and looking for an airport hotel with free parking? Check out these Indianapolis Park Sleep Fly Hotel packages.

To begin with sliding doors to office didn't open, you had to manually push open. No sign about it, you just had to figure it out. 47 mins for check in because the girl didn't know how to find the reservation on computer. I had to call booking place. No top sheet on beds, asked for one before we went to room (our friends forewarned us) lady guaranteed they were there, however they were not. Floor EXTREMELY stained, no working smoke alarm, no Kleenex, one roll of toliet paper, no iron, no tv, hair on pillowcases, water still in bathtub, (we finally got to our room about 9:45 pm). Worst place we had even been. When we demanded our money back we were told to get it from the booking agent.
Israel Campbell
1 2 3 4 5
There was no comforter on the bed, metal bars protruding from the bed frame (showed this to staff and she said 'oh', then walked away), lights flickered, only one towel even though I told the front desk there were two of us. Called to get a blanket and was brought one mattress pad with cigarette burn (she said it was new).This is the worst motel stay I've ever had! Checked out after 20 minutes in the room, received a 'stay cancelled' notice, but was still charged. Contacted Wyndham and they said 'it's the property's problem, not ours'. The property manager, Hiral, said 'we try but items are on backorder, and we're short staffed with no maintenance person'.This property is a hazard to life/safety (railing is crooked too) and no one in the property or Wyndham cares. I will not stay at any Wyndham property as a result of this stay.
Laurelann Mattingly
1 2 3 4 5
There was only 1 towel in a room for 2 people. There was no cable, the internet was out, and the phone wasn't working for me to call the front desk. I then tried to call from my cell phone and it was constantly busy. Also, the water pressure is so high it hurts. Umm, the bed was comfy and the a.c. worked.
Matt Rasmussen
1 2 3 4 5
I did not expect much from a last minute, cheapest advertised option, but wow did this under deliver.

Our first room seemed nice enough... Except that someone was already in it. We opened the door and there was a cat on the bed, a light on in the bathroom, and all indications that someone is in the shower.

The second room was some sort of checklist of what you don't want to see in a Motel room:

Food crumbs all over the bed

Cigarette burns (and the accompanying odor, while the original room was non-smoking)

A door that looks like it's been forced open several times

Trash in the bathroom sink

One kind of gross, undersized towel

If it hadn't been so late I would have cut my losses and gone somewhere else, but decided to deal with it and sleep on top of any bed coverings in my clothes... In hindsight this was maybe the wrong choice. Could not sleep a wink on the unconformable bed.
Sharon Gorman
1 2 3 4 5
This was the worst motel ever. We called for reservations over a month ago. We were coming there for the colts and bears game. When we got to the motel let's just say its nothing like what you see in the internet. They gave us a room that was already given to someone else. The person behind the counter had no clue what was going on. We couldn't find another motel all were booked for the game. So we lost the money we spent on the tickets. So i hope someone reads this wont go to this motel. I'm very surprised and disappointed that Wyndham associates there name with horrible motel.
Rene W
1 2 3 4 5
This experience was very disappointing.

There was no Internet or cable tv. We asked for a clothing iron and was told they are not required and there weren't any on the property.

People were outside in the hallway area grilling food and walking around drunk and drinking.

The room's carpeting was so dirty we had to leave our shoes on.

It was a non-smoking room, but had cigarette burns on the bath tub and bedding.

If you have a different choice, take it. It was not inexpensive and we should have stayed elsewhere.
Ed Jernigan
1 2 3 4 5
This place is absolutely horrible. I took a trip with a Co - worker who clearly didn't read the reviews of this place. The room had mud/mystery stains on the carpet, what looked to be blood on the curtains, toilet that had a hard time flushing just toilet paper. There was a piece of the bed frame sticking out about two or three inches away from the bed that my ankle found. Had a car in front of the room on jacks and two vehicles beside it that didn't look as though they haven't been moved in some time. The room smelled terribly of cigarettes. Had some long term tenets in the room beside us that had about three visitors that each stayed roughly two minutes or so in the hour we lasted at this dump. In my opinion, I'd suggest looking elsewhere. Sleep in your car before this place. Locals in the area that had knowledge of the place wouldn't even suggest staying there. This was a rough looking place, but the location was great. It could be so much nicer than what it is. Ended up leaving and going to the La Quinta just down the road. Avoid at all costs!!!!!
Robert Dierker
1 2 3 4 5
I must give this place lowest possible placing possible. The only good thing was the bed. They advertised free breakfast but didn't even have any coffee. No toiletries no shampoo 1 small bar of soap for two people one bath towel. Did not service room for 3 days. It was awful.
chris carrico
1 2 3 4 5
My wife and I recently lost our home and we needed a centrally located place to stay as we figured out what we were going to do. At first this hotel didnt seem to bad, we knew it was just reopened and they were still in the remodeling phase. The first room we were sent to was still under construction so they apologized and placed us in suite, which was basically two rooms with an adjoining door. One room was a living area the other a bedroom. Every morning we would be woken by the staff yelling at each other sometimes with profanity. Even though we were staying over every morning we would get a loud obnoxious knock on the door. The TV, wifi did nor the phones worked. Breakfast was awful, the manager was very rude and intimidating. We let her know about the issues and her attitude was like oh well leave. I witnessed the same .lady drinking and acting belligerent with some guests.
Barbie Love
1 2 3 4 5
Where do I start?!!

I cannot give them enough good remarks on this business or location. From the beginning into the end was all very good. The staff here is friendly helpful and there to make sure your stay is enjoyable. The parking lot is very well lit at night which is nice. The rooms have been recently remodeled with nice comfortable pillows and I'm talking 4 5 pillows all useable! It's quiet for a hotel. They do not require a deposit for the rooms. They have special very affordable rates per night. Offer vending and ice on site. It's close to the interstates 65, 70, and 465. A variety of restaurants are near here. The crowd of people who stayed seemed to be okay. As far as I could tell it was drug free and I didn't see any women of the night working here. It was extremely clean and the rooms are decorated just so to give you that right feeling of being comfortable. The beds aren't broken down like a lot of places.

All in all if you are needing a nice place for the night or more and looking for price and quality this place meets it all.
Sarah Dickerson
1 2 3 4 5
Good 4 a place to stay due to work. Not impressed as a vacation hotel. If you have to stay in town for your job fine. Fridge , coffee etc

Super 8 Indianapolis West is unavailable to book on our website. Search for other parking options available at IND.

Super 8 Indianapolis West is unavailable to book on our website. Search for other parking options available at IND.