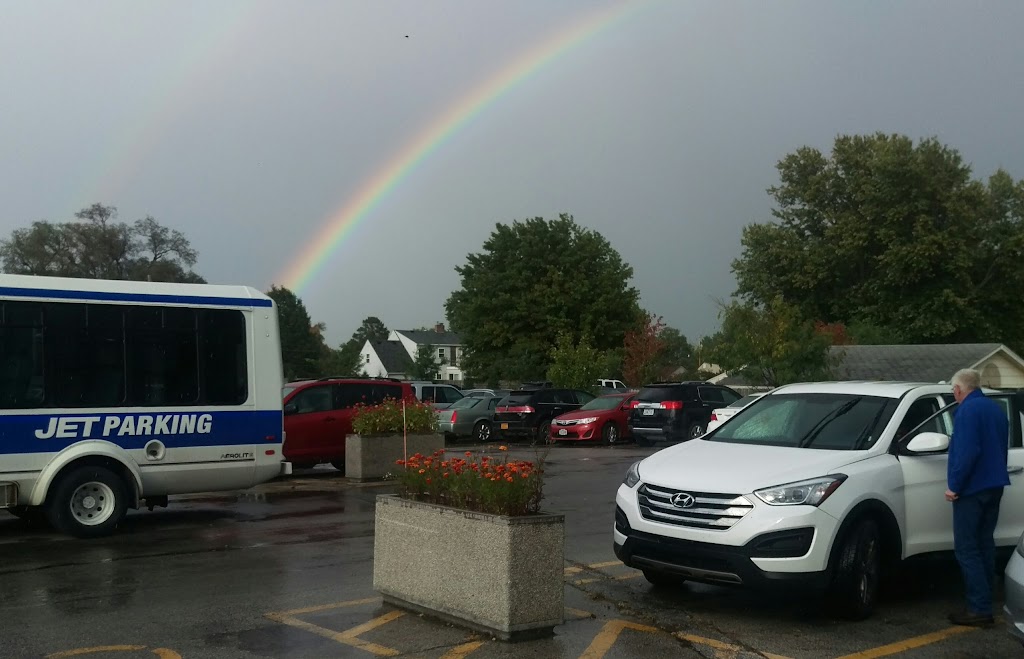 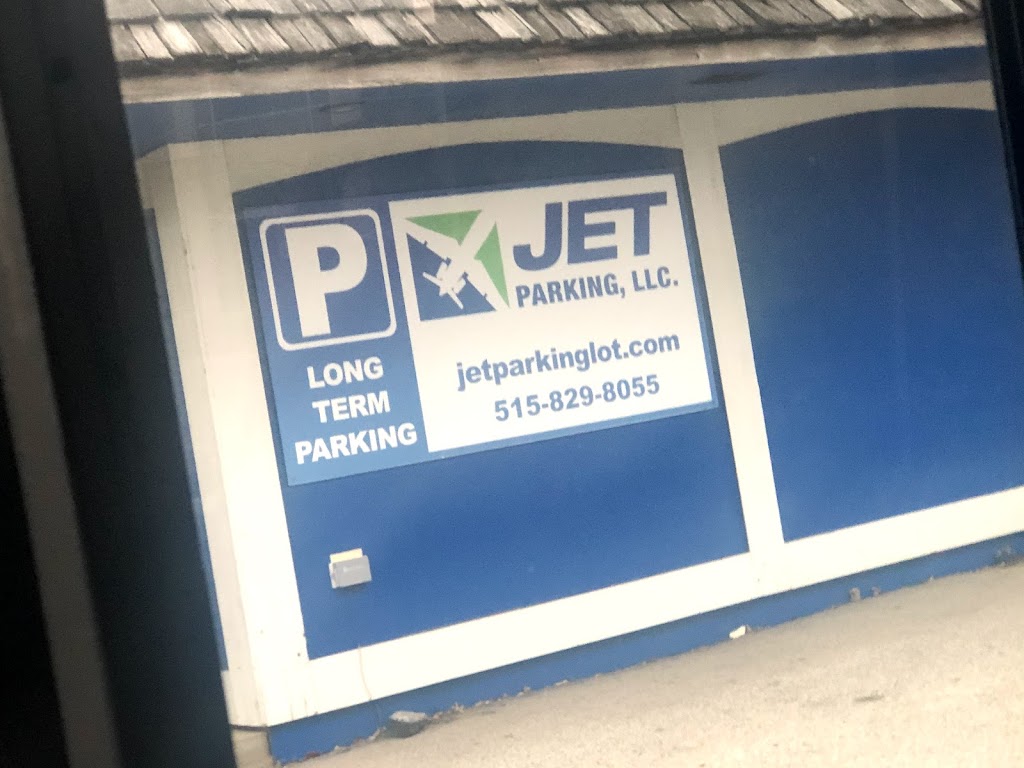 Do you have any early morning flight and looking for an airport hotel with free parking? Check out these Des Moines Park Sleep Fly Hotel packages.

All your Des Moines Airport parking needs covered when you book with parkingaccess.com. Book online & save your parking space!

View All
3.8
Good
1 2 3 4 5
(Based on 43 reviews)
Sam Tootell
1 2 3 4 5
I was hesitant after reading some of the negative reviews but overall couldn't be happier. Shuttle was waiting for us when we parked our car, the driver was friendly and helped us with our bags, and when we returned they arrived at the airport in a few minutes and helped with our bags again. Worth every penny.
Isabel Izquierdo
1 2 3 4 5
My flight was late. They don't pick up from the airport after midnight so I walked to the parking lot I get into my car but I could not exit because the exit was blocked. I wait until 4 am to exit the parking lot.
Shanae Thompson
1 2 3 4 5
Their website states that they are "safe, secure, trusted, and fenced-in." None of those things are true. Someone attempted to break into our car and seriously damaged it. They broke into (or attempted to) at least one other car (its alarm kept going off). Anyone can easily walk in up the drive. The fence is broken. They don't have ANY security cameras. They're not liable, which we understood, but we didn't realize they were also so untrustworthy. It would be so worth paying extra to just park at the airport.
Lori Olson
1 2 3 4 5
Beware - their drivers are not dependable! I had a reservation for 4/23/21 for 4 a.m. when they open. I had called ahead to ensure someone would be there and was told yes. Come that morning, I pulled in and the office was dark and the gate was down. I repeated called the number on the gate and no one answered. I waited 15 minutes and had to get over to the airport for my flight as I had my elderly mother with. We had to park in long term parking for $15/day and 8 days. I was not happy but needed to get going. At 4:30 I got a random text that said "you called jet parking". That was it. I texted back yes because i had a prepaid resersvation and no one was was there. At 7:30 they texted back while i was in the Atlanta airport and started rambling about having their car dealership pay me because the car they sold them was bad and they couldn't get to work. He/she proceeded to tell me I didn't need to be at the airport that early and I wrote back they have no right to tell me when I need to be anywhere. Very strange person and said I was done talking to them. This person indicated they would let Lisa the manager know about this but obviously that fell on deaf ears too. I just want my money back I had to put out for parking that was only to cost $40 with my Groupon.

I have called 5 times and texted 6 with no reply.

Bottom line.......buyer beware.
Kelly Dawson
1 2 3 4 5
We have used Jet Parking twice using Groupon. The first time was fine. However, last night our flight got in around midnight and nobody answered our calls for the shuttle to pick us up. I ended up walking to the lot and found nobody there but the entrance/exit gates open so luckily I was able to get our vehicle. I was thankful that it wasn’t pouring rain or 20 below. While I was glad that I was able to get my vehicle, the lot is not at all secured.
Stacy Kearney
1 2 3 4 5
They charge $8/day, but make sure to note it is calendar day regardless of hours. If you leave Friday afternoon and arrive back Sunday morning, you'll pay for 3 full days. It's not like the airport affiliated parking. Also note prices have gone up over time... You're definitely better off to park in the airport Economy 2 blue lot for $6/day ($2/hr max per 24 hours is $6).
Rod McCrea
1 2 3 4 5
Staff are very friendly, lot is secure, and shuttle service was quick and easy.
Devin Sloan
1 2 3 4 5
These guys are always timely and friendly. Never bothered with another parking service because I didn't need to.
Jorge and Katy Palomino
1 2 3 4 5
Great service ; one man show kind of business but really nice guy ! Easy access quick ride to the airport and really affordable rates .

Took advantage of a 15 days Groupon. But still great rates .
Jeff kaisand
1 2 3 4 5
As long as you call they answer. Polite , on time, old school professionalism.
Jeff kaisand
1 2 3 4 5
As long as you call they answer. Polite , on time, old school professionalism.
Lisa Banister
1 2 3 4 5
It's reasonably priced and the shuttle service is great! It's very convenient!
Christy Eral
1 2 3 4 5
Staff is amazing and prices are fair. It's a safe lot and no problems at all. Staff is there to get you to airport and right on time picking up.
Gayle Schwander
1 2 3 4 5
Used the Jet Parking services for my vacation trip at the end of January, early February 2019. Car was clear of weather when I returned & will definitely use Jet Parking again :-)
Sofia Rosselet
1 2 3 4 5
Super friendly and efficient! Glad with the limited options to park in DM that this location offers great service. Deals are offered often, which is even better!
Tami McCormick
1 2 3 4 5
You can't beat Jet Parking ! These people go all out ! Ted,Doug,Lisa, Steve, Chuck and Tami. Give them a try, you will be glad you did !
Kate Wadzinski
1 2 3 4 5
Waited 45 minutes for someone to let us in parking lot. Nobody showed up. Had a line of cars behind us. Our flight was at 6 a.m. And we had showed up at 4:15 am. We had already prepaid for our parking at this jet parking lot. But again nobody showed up so we had to park at the airport parking which literally costs three times as much as what we already prepaid for. Kept trying to call both posted phone numbers for the business and nobody would answer. Even one of them was the on-call emergency phone number....no answer.
Cindy Olinger
1 2 3 4 5
We waited over 30 minutes for the shuttle to get us after several calls that went to an answering machine. We finally called the head office. When the shuttle finally arrived there was no air conditioning on a day that was 100 degrees. Seats were broken and the driver made no attempt to help with luggage for an 80 year old woman. When we tried to leave the gate was broken and the attendant was no where to be found. We again had to call the phone number to be let out of the lot. NEVER again.
Chad Nagel
1 2 3 4 5
excellent shuttle service to and from the airport. The lot is a little cramped, but the best part is that a groupon is always available.
Nick Sparr
1 2 3 4 5
Super convenient and easy to use. Also the best available price for long-term parking near the airport.
Jaime Bernal
1 2 3 4 5
Awesome customer service