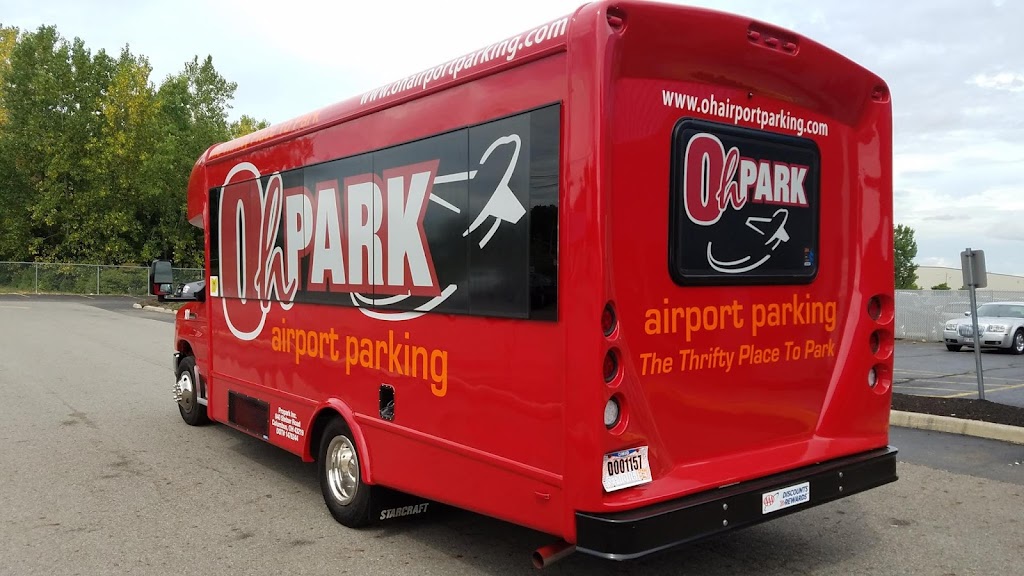 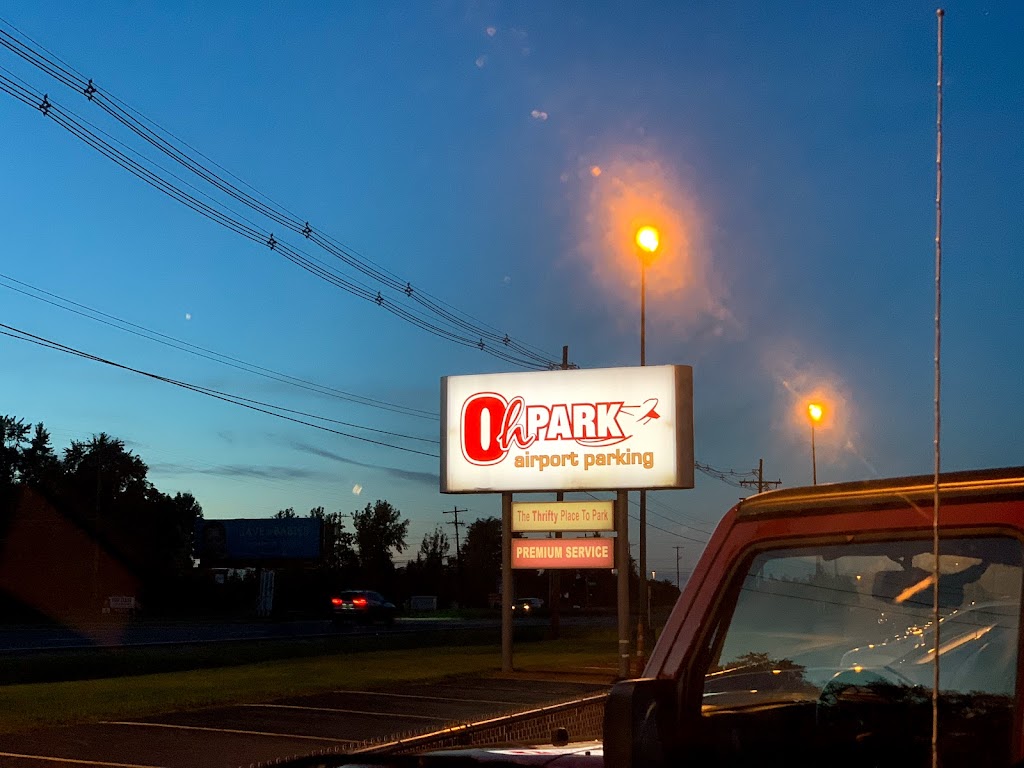 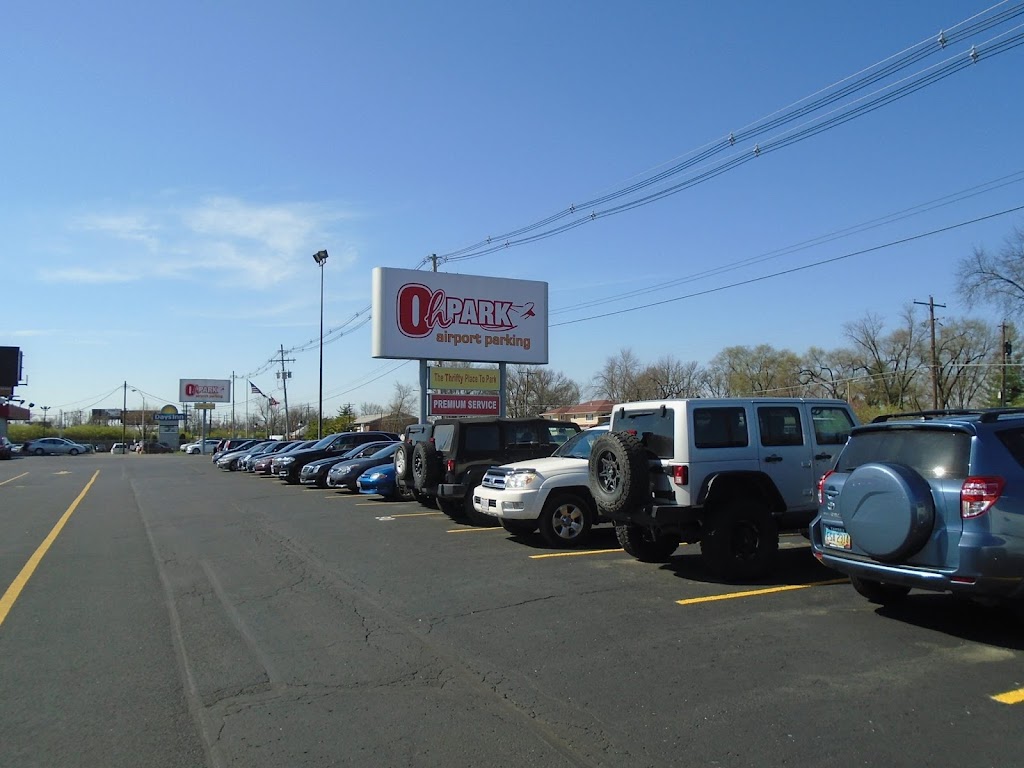 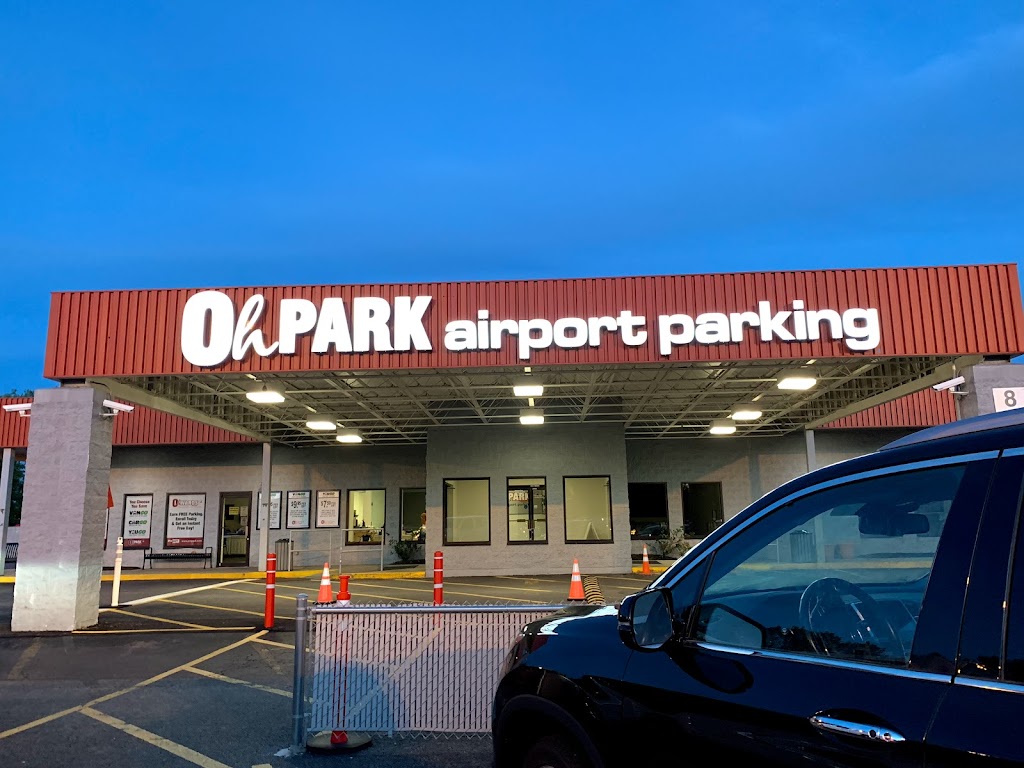 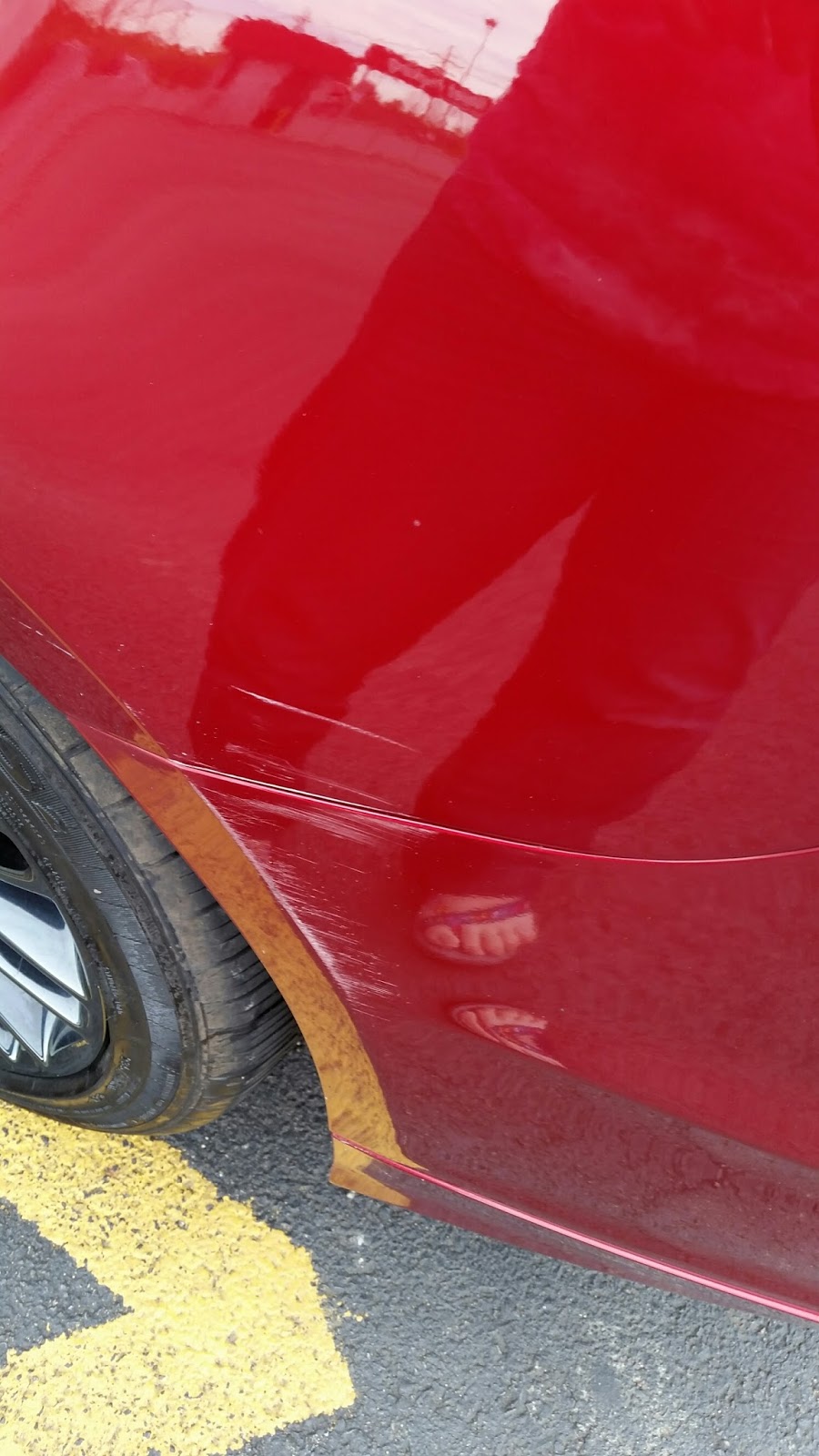 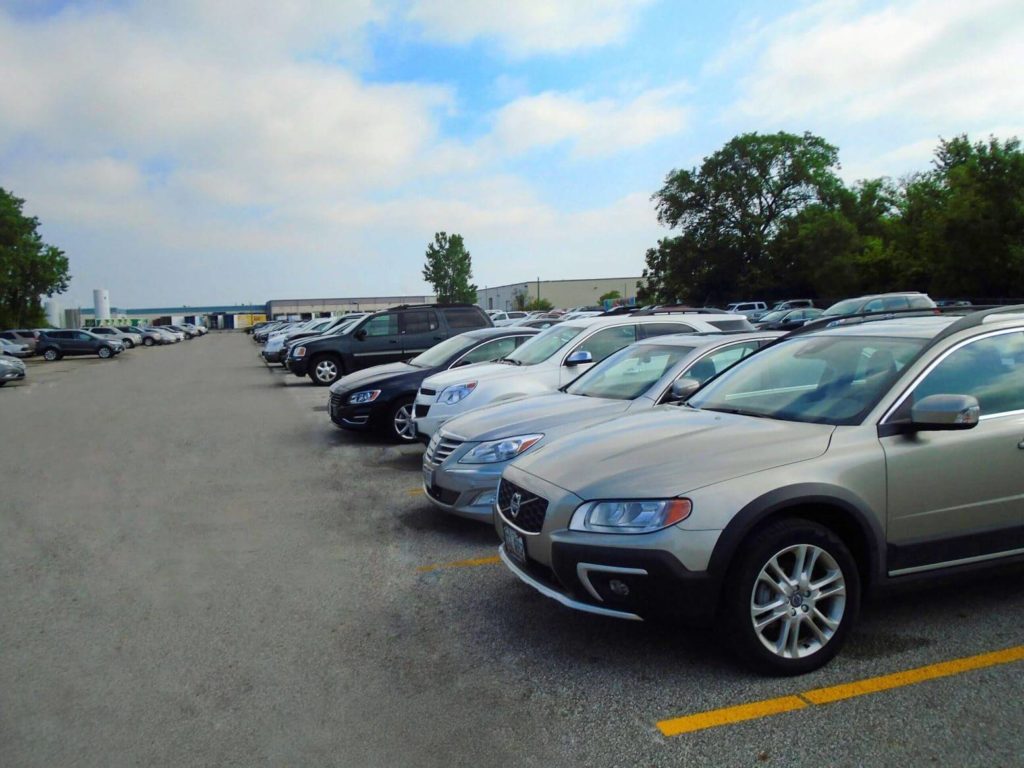 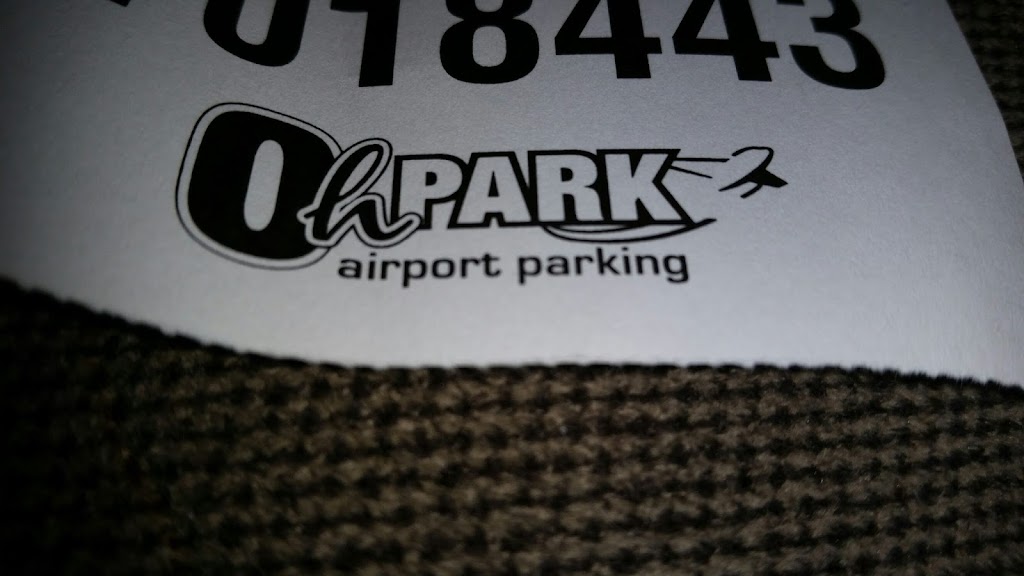 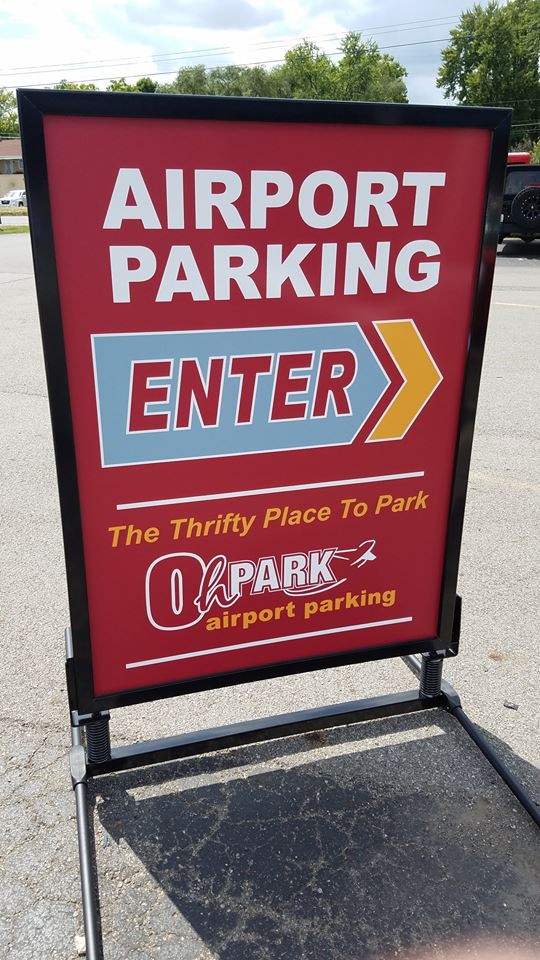 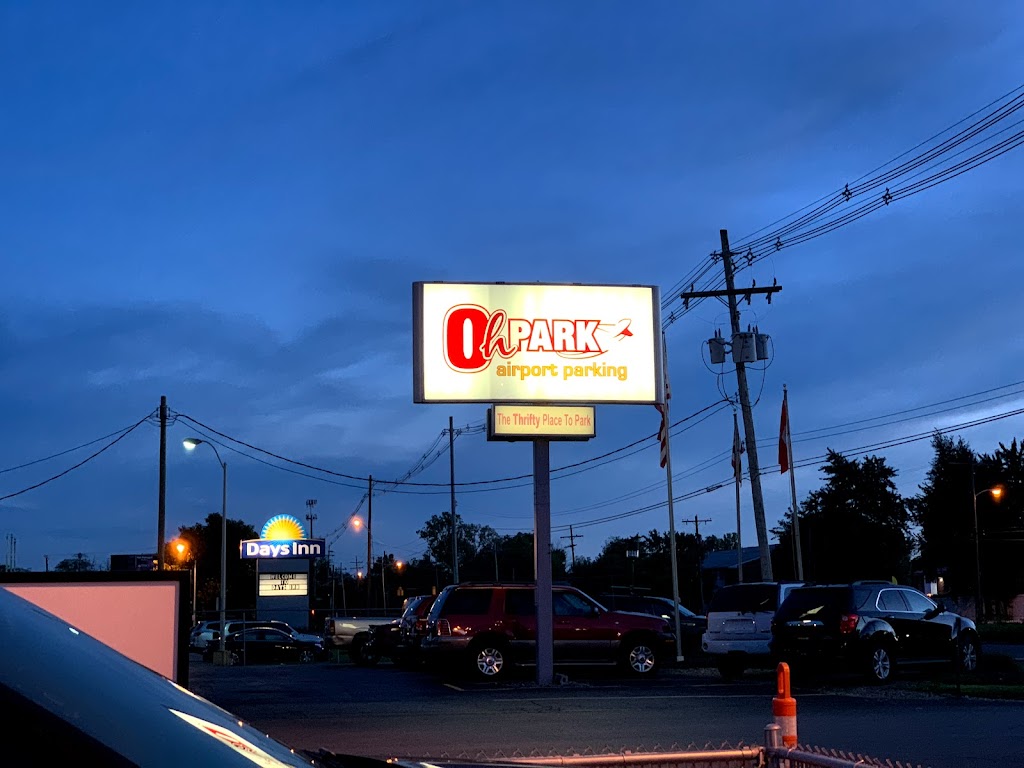 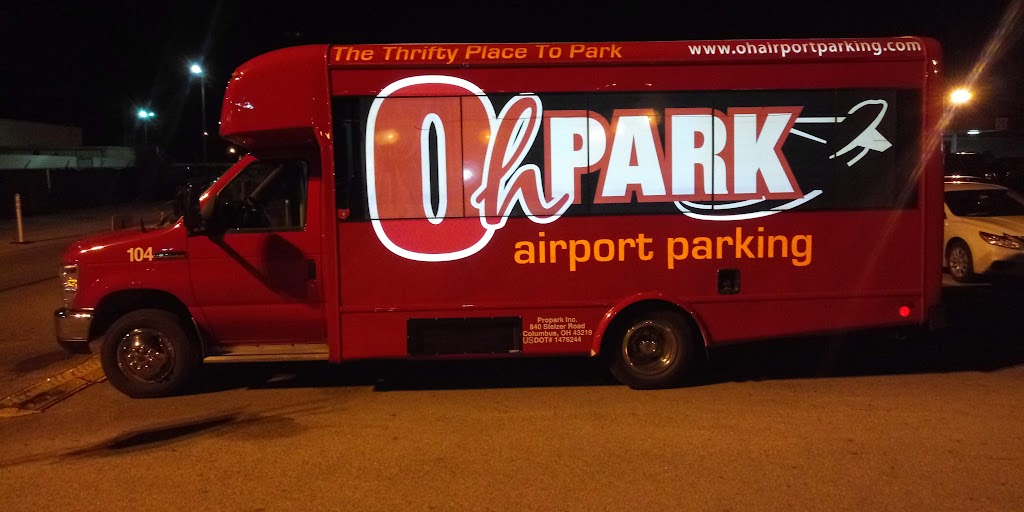 Find a Great Deal at OhParking near Columbus International

Do you have any early morning flight and looking for an airport hotel with free parking? Check out these Columbus Park Sleep Fly Hotel packages.

Sorry to see this place close.😥
Stephen Rose
1 2 3 4 5
Great experience with OhPark, it was my first time using it and I didn't know what to expect. I chose the self park, and had a early departure/late arrival (6:50 AM and 10:30 PM respectively). Upon parking, I was immediately picked up by the shuttle and taken directly to the airport. The return was easy as well, we waited for maybe 10 minutes after getting our bags and the shuttle arrived. The drivers and service were great on both legs of the trip, will definitely use this service again!
Carmaletha Watley
1 2 3 4 5
Shuttle service coming and going was excellent, gentlemen working in the office was terrible.
Carmaletha Byrd
1 2 3 4 5
Other than the rude guy inside who said, "let me guess, you made a reservation." Go park your car the shuttle is out there." He obviously hates his job. The 2 shuttle drivers were fabulous both coming and going. They were 5 stars alone.
Linda Lucas
1 2 3 4 5
Fast pick up /return, and secure parking for long term! Good rates!
Philip Viyagappa
1 2 3 4 5
I had good experience so far. I have been consistently parking here for last 10 months. I park almost every weekend. This is cheap if you book through online. I normally use self park.
Adam Rogers
1 2 3 4 5
We love shopping at this place. The staff are very knowledgeable about her products and had a great recommendation!
Wayne Gatchell
1 2 3 4 5
Easy access, secure, great customer service! When we fly we will always use this place!
steven evans
1 2 3 4 5
Great team here and cheap to park my kind of pricing nice staff
Ron Justice
1 2 3 4 5
Prices are great, service is great, and the staff is very friendly. Shuttles have been nearly instant on every opportunity we have had to use this parking company.
Steve Adkins
1 2 3 4 5
A rip off. It’s actually cheaper to park at the airport. They charge for the full day only. At the airport if you’re not there all day you may only end up getting charged for the hours. They will also charge fees and taxes making it not worth it. At the minimum you pay $4.75 if you book online which is barely less than the green lot, and with fees and taxes you’re not saving anything. Paying as you drive up is $8.75, if you park on your own. It doesn't even include taxes, which you won’t get charged for at the airport. The point is that this will cost you even more than just regular airport parking.
Jasmine Davis
1 2 3 4 5
Competitive prices. Multiple shuttles with fast service to and from the airport. A little out of the way but the distance is compensated by the lower cost than airport sponsored parking.
Cheryl Cardiel
1 2 3 4 5
I've used OhPark in late Jul 2018, and in Feb 2019. Both times I have had a positive experience. No matter what time/day I call, Deb and Susie have always been very helpful, very courteous and professional. They provide clear details on how the parking/shuttles work. The shuttle drivers have been very kind, courteous, and willing to help. The shuttle drivers are very safe drivers. The shuttle cabin temp is comfortable, and I love that they have music playing. Thanks for making the parking and shuttle experience positive, smooth, and safe.
Nathanal Dalton
1 2 3 4 5
Great place to park friendly staff
Jam Bud
1 2 3 4 5
I have used OhPark for at least 15 years, under the last name as well and just can't do it any more. I returned to Columbus yesterday and my car was up front (not running). I was the only guy who had to pay and it took the girl working there a few minutes to wander over. Their prices seem to have gone up too. My keys were not in my car, and she acted like she could care less. She called someone, and about 15 minutes later, she told me the valet said that they were in the car. Wrong. Had to wait another 10 minutes to track him down, and he still had them. No "Sorry about that"...just "here".

They have also bent my windshield wipers (on a nice Lexus GS430) when there must have been ice and could care less too. I filled out a complaint form on that one and never could talk to anyone about it. Then they said that they had no record of it and hung up. There seems to be only one van working most of the time too. I used to like this place, but never ever again.
Walt Spicker
1 2 3 4 5
I've used this service when it was called Thrifty, and was surprised to find the name changed when I showed up to park there last week. I've been using Thrifty parking in Columbus for as long as I can remember, probably back sometime in the 1980s. During that time I've been extremely satisfied and happy with the service.

Well, no longer it seems. I arrived there Friday Oct. 13th and first notice the name changed. I waited several minutes for the valet to appear, only to find they had to call someone else to drive my car because it's a stick. That took another five minutes or so. I wasn't too short on time, so it wasn't a problem, but not like the service I was accustomed to. Upon return I called them with my ticket number and went to wait for the bus, which took a good 15 to 20 minutes to arrive. I watched quite a few red and blue lot busses come and go while I waited. So I got to the lot, paid my tab, and went to find my car parked at the far end of a fenced area when there were lots of open spaces right by the door. I've no idea why they did that. Oh well, I drug my bags to the car, got in, and tried to back out of the spot they STUCK me in. Unfortunately, the space was situated against/in front of some sort of curb that I couldn't see from inside the vehicle, and I must have backed into it at least three times before I was able to saw back and forth enough to get out of there. I left the lot tires smoking, got onto the freeway, and discovered my passenger side outside mirror was folded flat against the side of the car so that I could not use it to monitor heavy rush hour traffic on I270.
mitra shadabi
1 2 3 4 5
Everything about this place was good. fast, clean and convenience. But the driver was something else. He was just amazing. we got him on the way to air port and back. He remembered us and was super friendly and talked with my child the whole time. He asked her about her trip and was just great. I wish I knew his name to mention his name. so many thanks to him to make this a great experience. I would definitely use them in my next flight.
Paula C
1 2 3 4 5
We parked there for 6 days while on a trip over Easter vacation. We had our car washed while it was there. When we got back from the trip, we discovered the car had scratches/scrapes that were definitely not there prior to leaving our car. There was dust on the scrapes, which would point to it being scraped AFTER they washed it. They took photos and filled out a report, and said we would hear from someone within 48 hours. Unfortunately that never happened. Not a great first impression. I will say the employees who first greet you and take you to the airport are very friendly.
Steven Conlon
1 2 3 4 5
A summation of my experience is rude, poor customer service, tried to charge me twice, once online and once in person, and I would not use again.

This started when I prepaid online. I tried to get someone on the phone because it wasn't clear from the website how the shuttles worked. I left a message and no one called me back, I eventually figured it out on my own. When I arrived the shuttle driver was sleeping on the job, but was friendly enough.

When I came home is when the problems started. The prepaid pass I printed off didn't work. I pressed the help button it took over 5 minutes to even get a response. When someone did come out he spoke very rudely to me, as if I was the problem. Ultimately his solution was to charge me again, even though I had already paid and had all of my paperwork with me. He gave me an excuse along the lines of "self Park is different system". When I asked if it was a separate system why was he working it. He did not seem to understand my annoyance at having to pay again for a service that was already paid for. He stated "it is very easy, just give me your card" and told me "next time don't pay online". He will not have to worry about next time because I won't be coming back and I will be disputing the charge with my credit card.
Phillip Louden
1 2 3 4 5
Off-site airport parking. Driver rides with you to airport and brings car back. Pick up shuttle on return and get car at facility. Reasonable rates. Discount coupons and loyalty program options. Only ding...not on site.
Paula C
1 2 3 4 5
We parked there for 6 days while on a trip over Easter vacation. We had our car washed while it was there. When we got back from the trip, we discovered the car had scratches/scrapes that were definitely not there prior to leaving our car. There was dust on the scrapes, which would point to it being scraped AFTER they washed it. They took photos and filled out a report, and said we would hear from someone within 48 hours. Unfortunately that never happened. Not a great first impression. I will say the employees who first greet you and take you to the airport are very friendly.