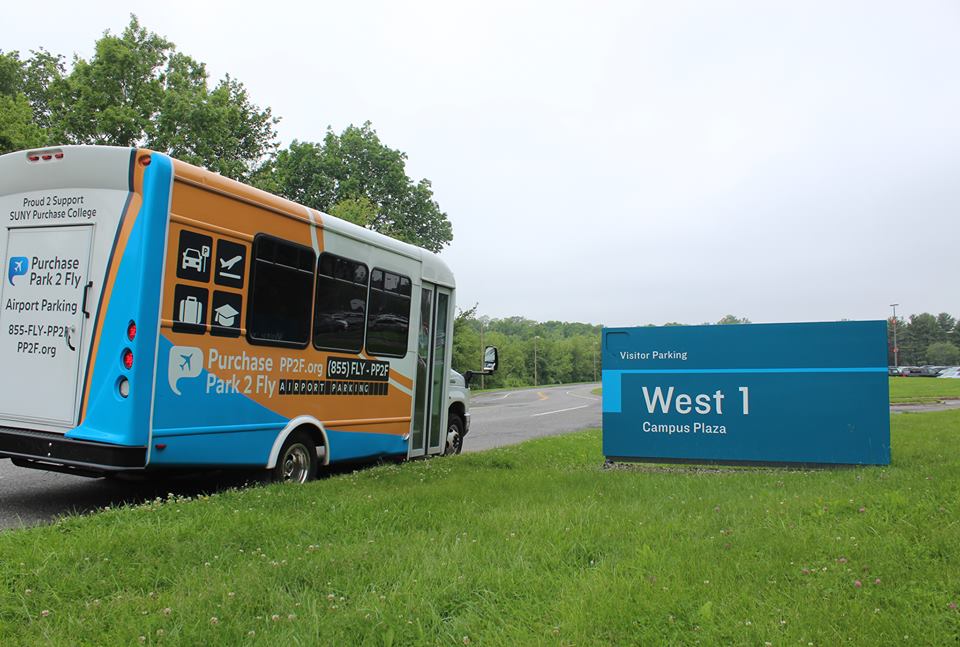 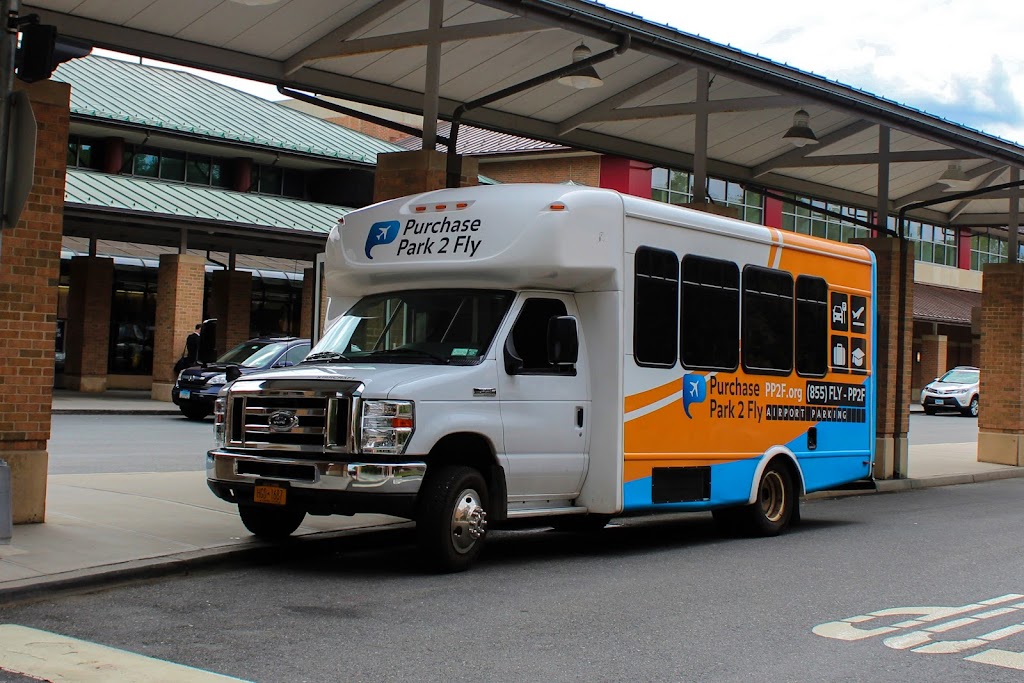 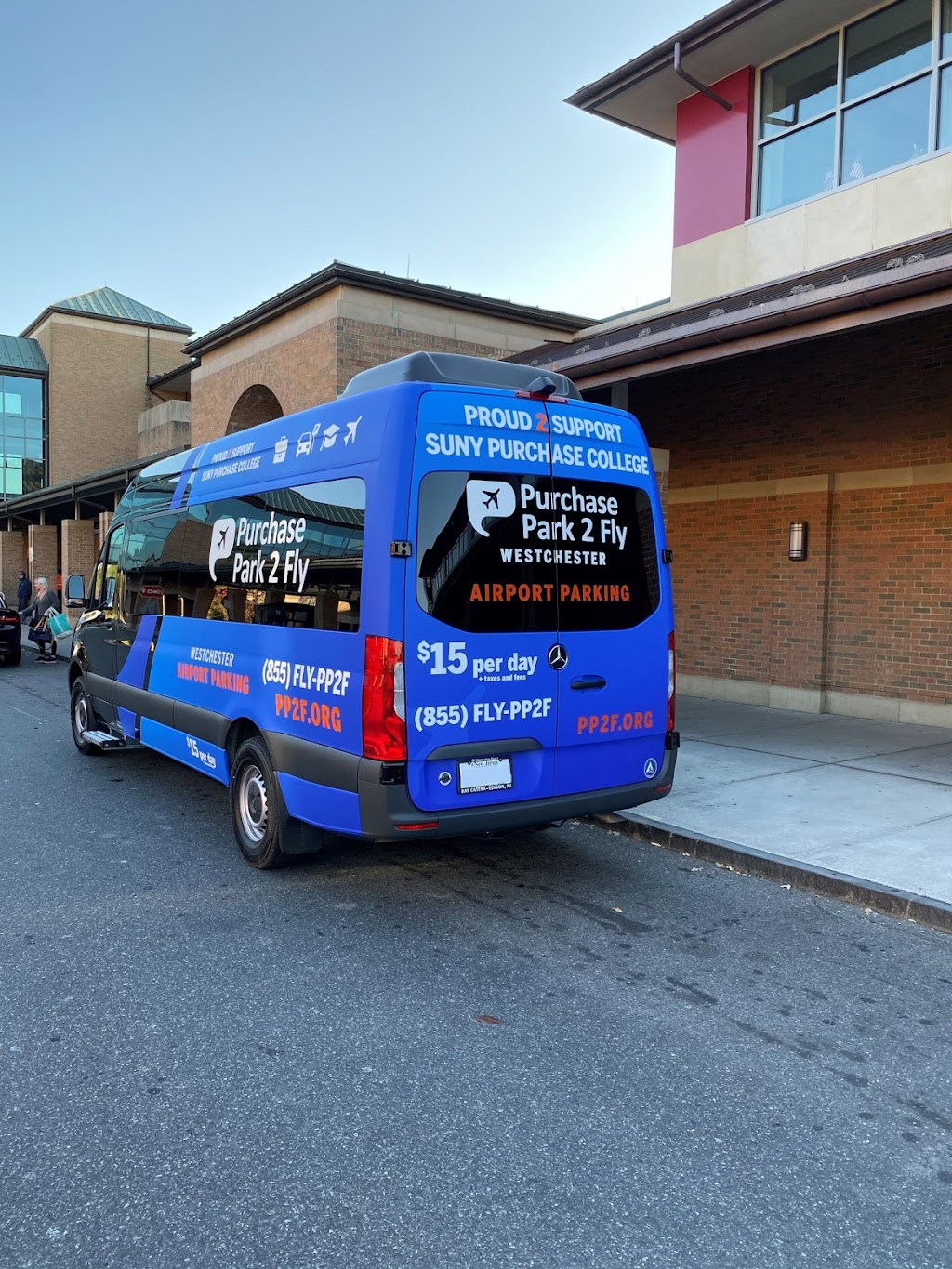 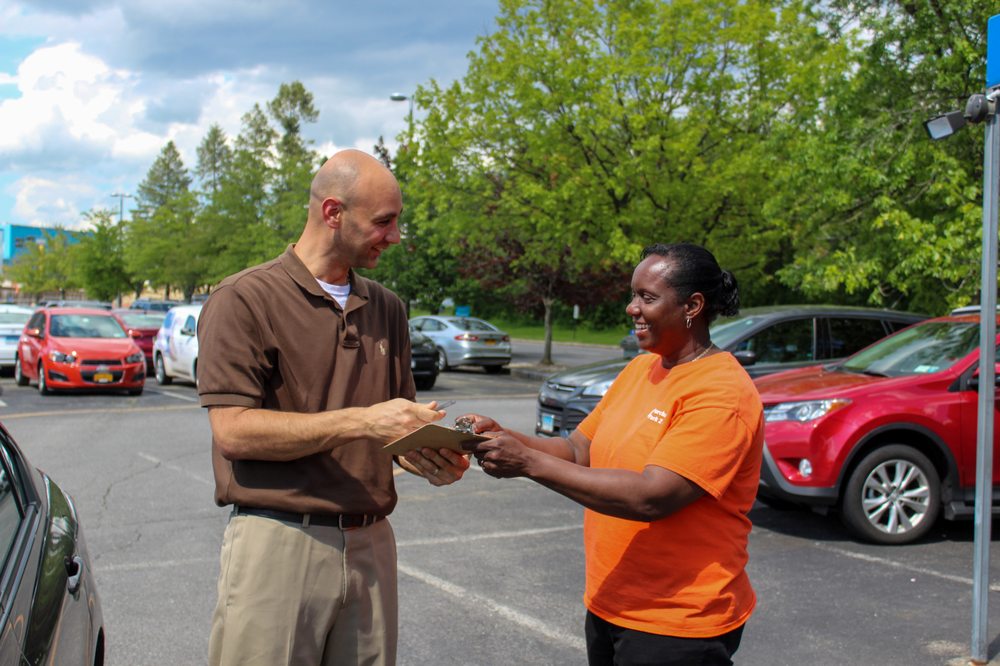 Purchase Park 2 Fly JFK’s long term parking includes a car wash service, valet parking and a 24 hour a day shuttle service so you don’t need to worry about making it to your terminal. We also have staff on duty 24/7 as well as a fenced in parking lot, so you can have peace of mind for your entire trip!

NOTE: The official address is 123-70 S Conduit Ave, however some GPS devices require that you enter on 124-10 S Conduit Ave.
Purchase Park 2 Fly JFK offers a convenient and professional parking service that gets you to the airport faster than trying to find a space at the JFK lots. Complimentary luggage assistance, shuttle transportation and low rates make this lot a compelling offer.
Do you have any early morning flight and looking for an airport hotel with free parking? Check out these
You can find great parking deals at New York John F. Kennedy Int'l Airport — Low price guarantee.

View All
3.8
Good
1 2 3 4 5
(Based on 69 reviews)
Ariana Dalton
1 2 3 4 5
First time using them and they were great! The only thing bad was the signage once on campus. It leaves you hanging. I actually turned around and went back out because I followed the ONE sign and didn’t see them. Decided to go back in and keep driving. They are quite a ways from that one sign so KEEP GOING! After reaching them, all was smooth sailing from drop off to pick up. Awesome group of people.
ABU SHAHID
1 2 3 4 5
Price and shuttle services are good, but be aware of hidden fees that might surprise you at checkout! The guy who was checking me in was rude and cursing!
Elizabeth O'Connell
1 2 3 4 5
Paid cash and was charged a credit card convenience fee. When asked about it we were told they can't help us we have to call the manager and of course there's no manager on site what a scam.
Liana Petruso
1 2 3 4 5
Very poor service for pick-up at JFK. We called and were told to wait at passenger pick-up A (terminal 8). Were there waiting for 1/2 hour, so we called again. When they answered and we said we had called them 1/2 hour before, they offered no explanation and they just said “oh, the driver is leaving right now”. We asked how long it normally takes and they said 10-15 minutes. Well, it was 20 minutes later and we were just calling again, when the van showed up. Again no explanation, no apologies. We will not go there again.
TYESUN
1 2 3 4 5
Kudos to Jim and the staff at Purchase Park 2 Fly!!!! We’ve traveled an extra 39 miles to fly out of White Plains Airport (Albany is closer to us). Reservation, Parking & pick up was FLAWLESS!!! It was worth the trip, making coming home just as enjoyable as our vacation!!!⭐️⭐️⭐️⭐️
Christopher Payne
1 2 3 4 5
This is my second time using PP2F. It's a good service and the prices are very fair. I paid 85 dollars for a week stay just recently for an out of the country trip. It's definitely worth the price instead of trying to do long term parking at JFK. BUT BE WARNED! Do not leave any type of valuable items of use in your car, sentimental or otherwise because they may possibly be stolen by shady valets that park your vehicle. Though it's my own fault sometimes you don't think about these things when you put your faith in a "professional" business expecting the workers to do the right thing. It was only a lighter but still it was a personal keepsake of considerable value to me. Despite my experience I still recommend the service but I'll take heed next time not to leave anything behind for anyone to use and I'd advise anyone else to do the same.
cuzin pee
1 2 3 4 5
Had a great experience the shuttle driver Ian was very nice helped with my bags at the airport and the parking lot my car was ready when I arrived very good all around service.
Miguel Perdomo
1 2 3 4 5
Every time I go there to park the staff is very inviting. The young lady by the name of Keisha is very helpful and kind has alot if patience due to the overwhelming customers they recieve. She made my experience very pleasant and I will always be a customer there due to her great customer service. This company is lucky to have her.
ANGHELA Jimenez
1 2 3 4 5
Omg employees with actitud the employees with actitus did not load my suitcases I had to drive the driver with his hands in his pockets in the rain I do not recommend it playing with your time, I had to wait for a van to be completed as public transport I almost lost my flight for They work with little taste, and I don't know if you pay, they only ask for your credit card information for personal information. very very bad service. 😭😭🤬🤬🤬
Ms V
1 2 3 4 5
UPDATE: Management personally reached out to resolve the issue.

SCAM, SCAM, SCAM!!! Purchase Park 2 Fly in Purchase College does not honor Spothero rate! They wouldn't let us leave until we pay the difference. First, they want me to pay $107 for 4 days, then $22/day. Reservation was prepaid through Spothero in advance $15/day which is the same on their website at time of booking. When we got there the older male attendant found our reservation and said we are good. That wasn't the case when we picked up the car. Short heavy set male with long hair couldn't tell me why the change. He finally said their rates changed to $16/day. Extremely rude! Wouldn't even look up my reservation number even after explaining that other attendant had a problem looking for our reservation. They know what they are doing and catch you when you are exhausted from your flight.
Ande R.
1 2 3 4 5
My husband's flight was delayed and he did not arrive until after 1am. At 10:24 he was sent a text from park 2 fly that he should take a cab to pick up his vehicle because they are not open after midnight. After arriving and trying repeatedly to find a cab, or even possibly an Uber, there was none to be found. He had to walk to park and fly with his luggage at 2am from the airport. Their website, indicates they are open 365/7/24 hours a day which is misleading and that parking includes shuttle service both to and from the airport. When my husband finally arrived after the 3 mile walk at 2 am carrying his luggage, there was a sign on the door that said they close at midnight. I would not park there if you flight may be delayed and you could possibly arrive after midnight, or you may find yourself in a similar situation. --- Update, I have amended the previous review to correct the timing of the text messages. I also do not see under the PP2f.org FAQ for Westchester concerning hours anything about closing and not providing shuttle service after midnight. I would still not recommend parking here if you may possibly arrive after midnight.
J Wilson
1 2 3 4 5
We arrived at JFK at 6 AM after a 5-hour red-eye. We gathered our luggage, and called Park 2 Fly to pick us up. The agent told my boyfriend a driver would “be there shortly.” It was 37 degrees and windy.

He called back at 6:58 AM and was told, “ten to fifteen minutes.” He thanked her, but by the time he called again at 7:15 AM, we were angry, tired, and freezing, and he told her as much. We had seen 3 empty Park 2 Fly vans pass us on the opposite platform. Without apology, she replied that there were “a lot of drop-offs,” and hung up on him.

The van arrived at 7:30 AM. Both platforms were empty, and we were the only passengers, with no other pick-ups. I asked the driver if we had waited in the wrong place. He said no.

My boyfriend tipped the driver for helping with the luggage while I went to settle the bill. Once inside, I asked the agent how long it takes for airport pick-ups. When she replied 10-15 minutes, I asked why we had to wait 45. She replied that they were really busy. I told her I understood, but then why wouldn’t she just tell us the truth, not 10-15. “Sorry,” she snipped, “but a lot of people travel in the morning.” I told her she wasn’t sorry when she hung up on my boyfriend. From there, it devolved into a shouting match, with her throwing my key fob at me and telling me to get the F out. Admittedly, I don’t shy away from yelling and cursing when treated this poorly.

When we got home, my boyfriend noticed we were charged an extra day. He called Park 2 Fly’s designated number for JFK and followed the prompts for “billing.” The person who answered sounded like that same agent. She said her name was Keshia, and there was no billing department there.

Obviously, we won’t be using Park 2 Fly ever again (especially after we found so many similar experiences in Google reviews). Their website goes on about their high-level customer care, honesty, rigorous training, and commitment to professionalism. Everything that this woman sorely lacks.
Mary Laine
1 2 3 4 5
The service is very good but compared to other airport locations the price for the Westchester is very expensive. Almost twice as expensive as JFK. More than three times as expensive as Bradley. What gives?
Alka Asthana
1 2 3 4 5
I parked my car at the JFK lot between 4/10-4/17. When I picked up the car, if the odometer didn't show that somebody had taken my car for a joy ride while I was away, the music blasting on a radio station that I never listen to was definitely a clear indication. Today I realized that someone was nice enough to clean out my "loose change" when I went to look for quarters to park my car. Don't park here!
Christine Zeppieri
1 2 3 4 5
So convenient! Not waiting for an Uber after a vacation is magical! The driver takes you directly to airport and is normally waiting when you arrive! Friendly staff and very clean shuttle Van's! All protocol in place! I've used them 4 times and will continue!