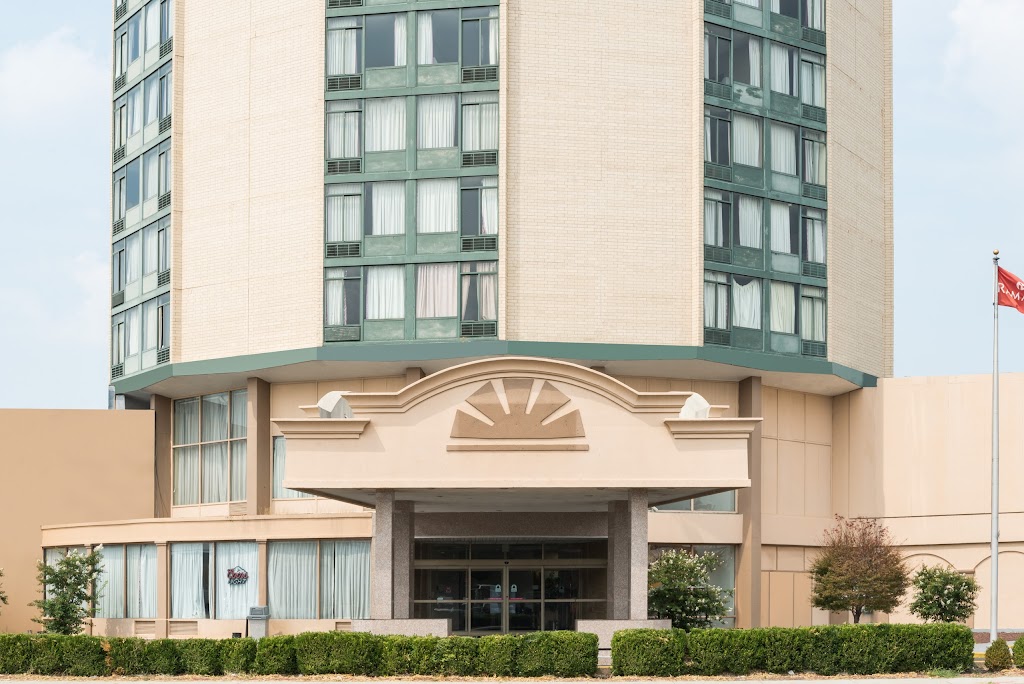 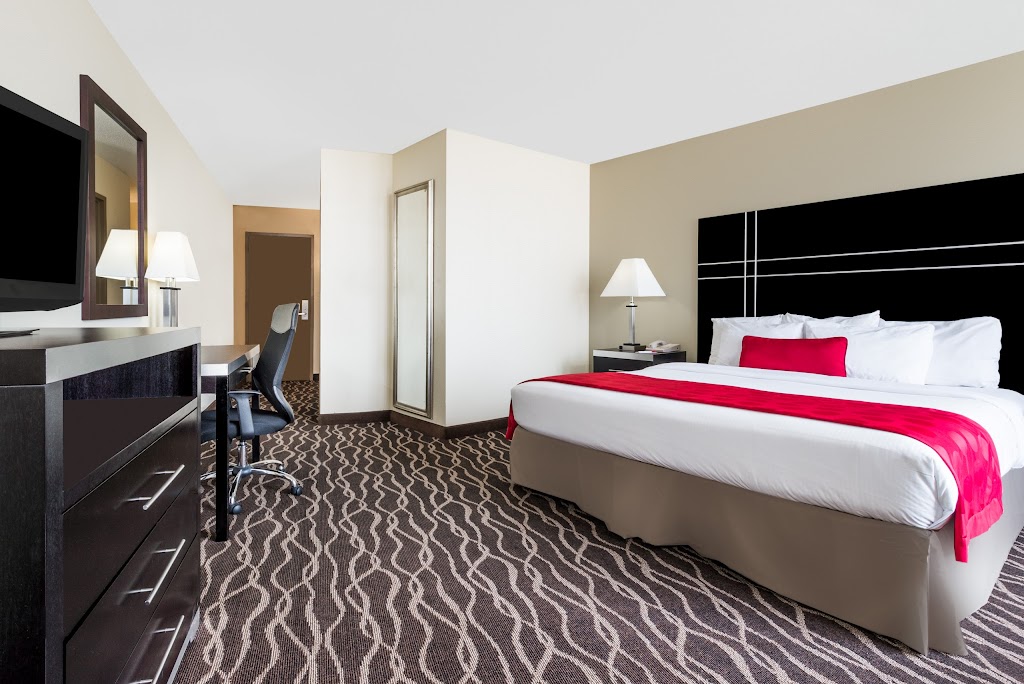 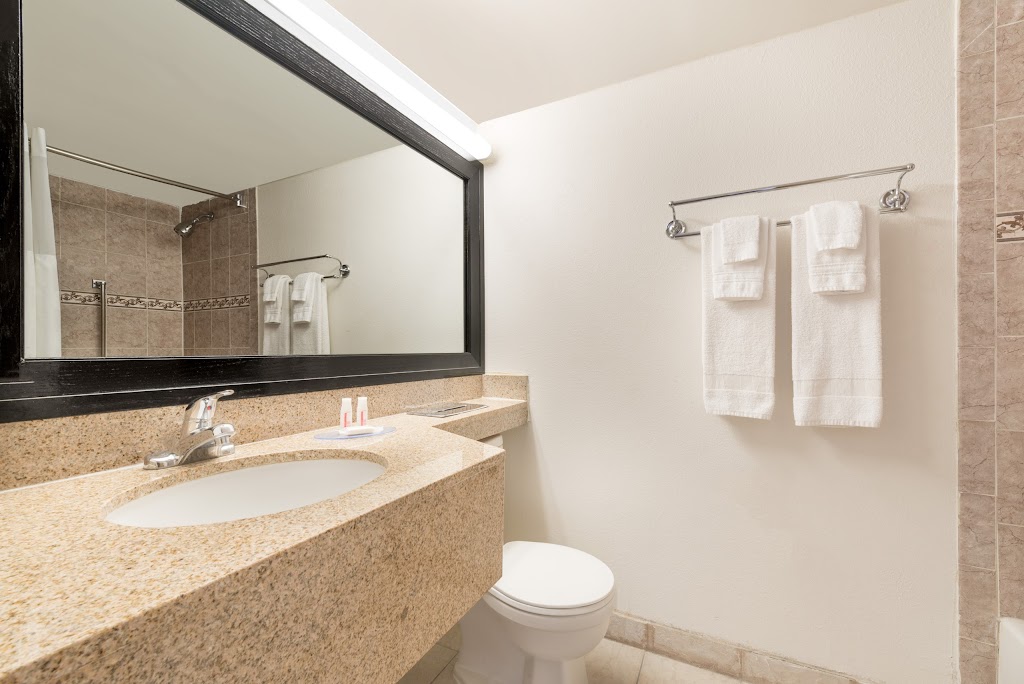 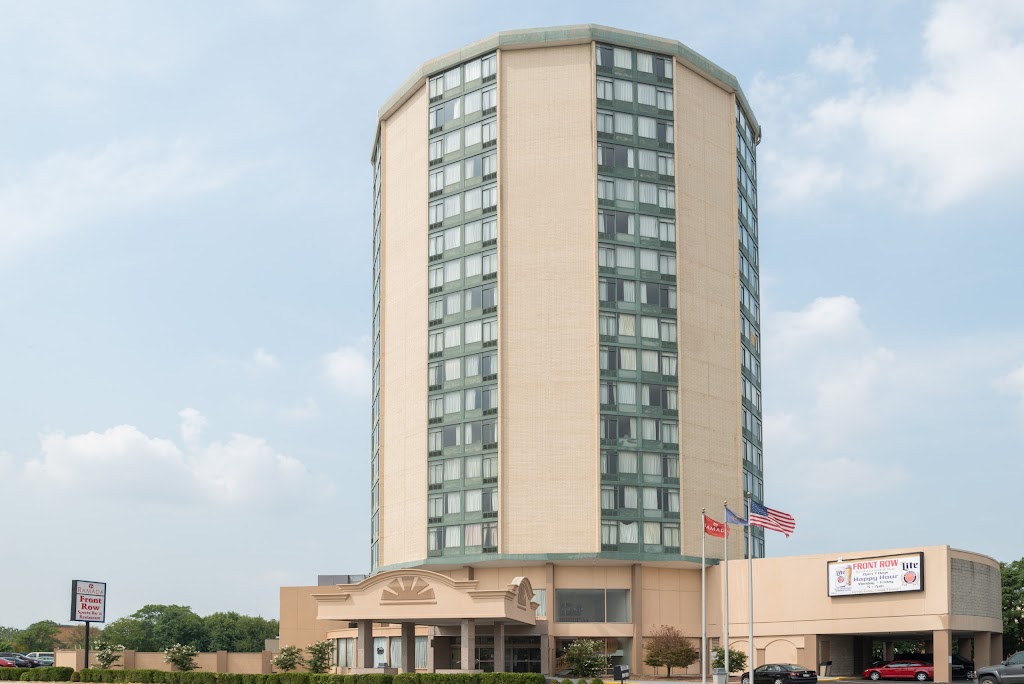 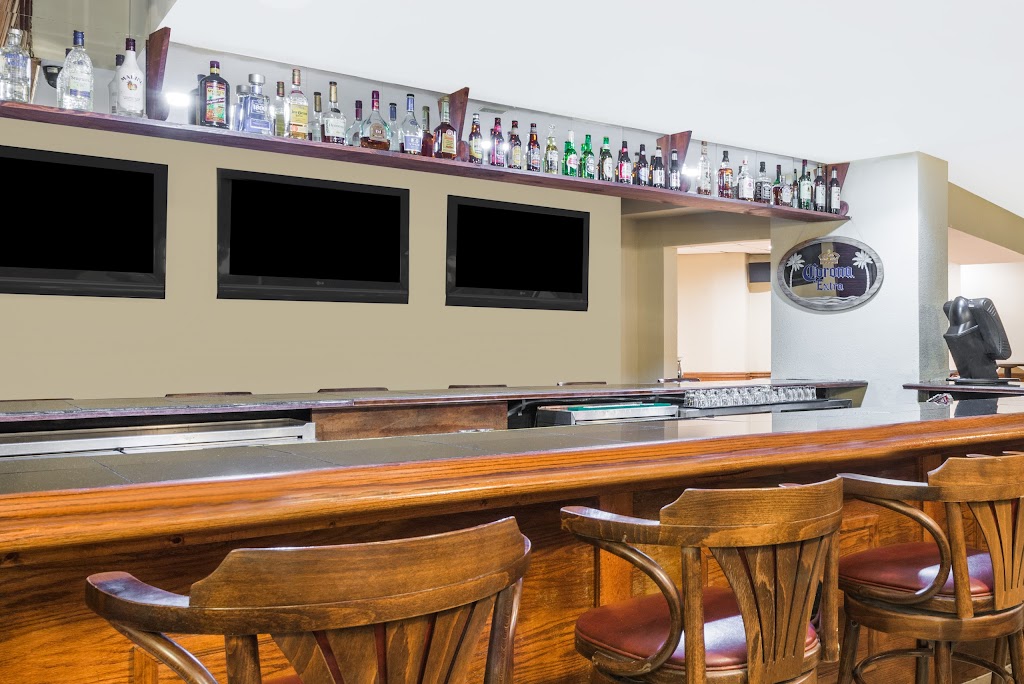 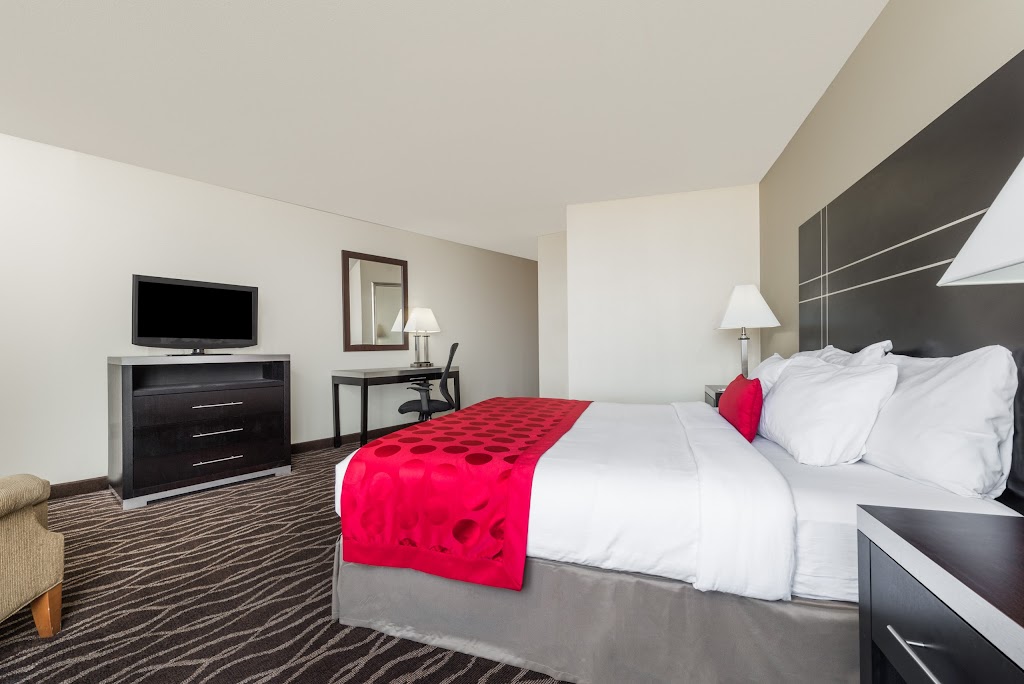 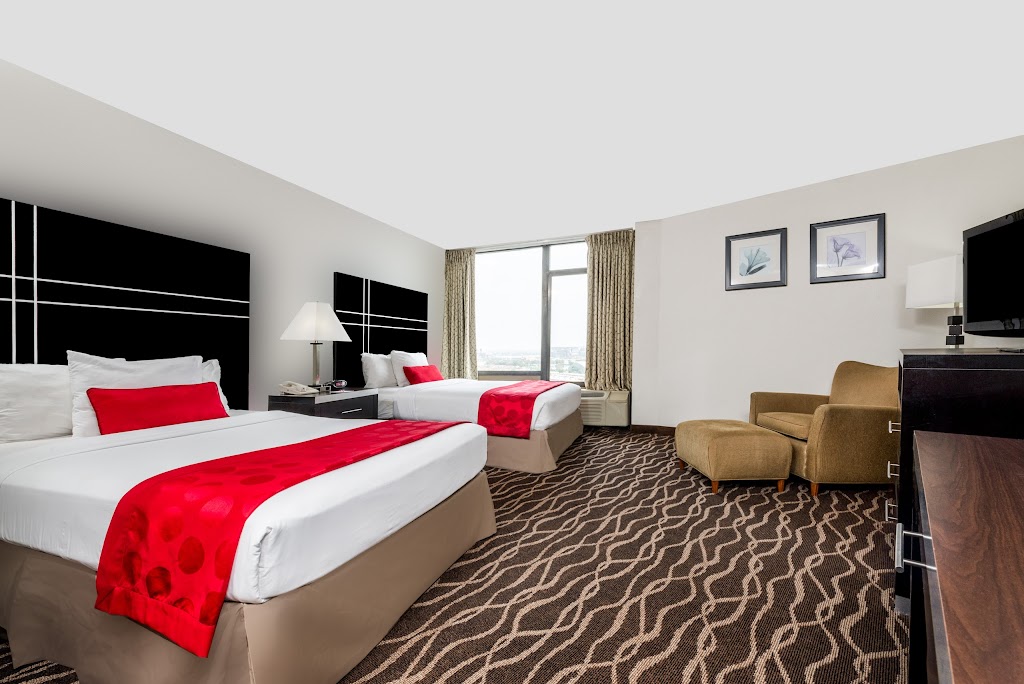 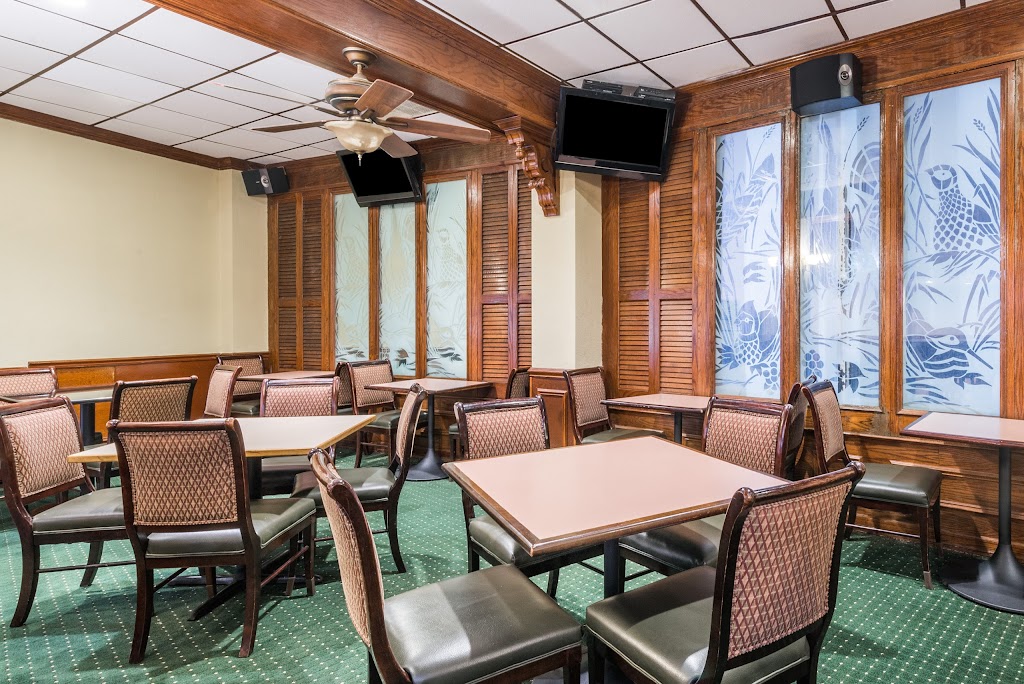 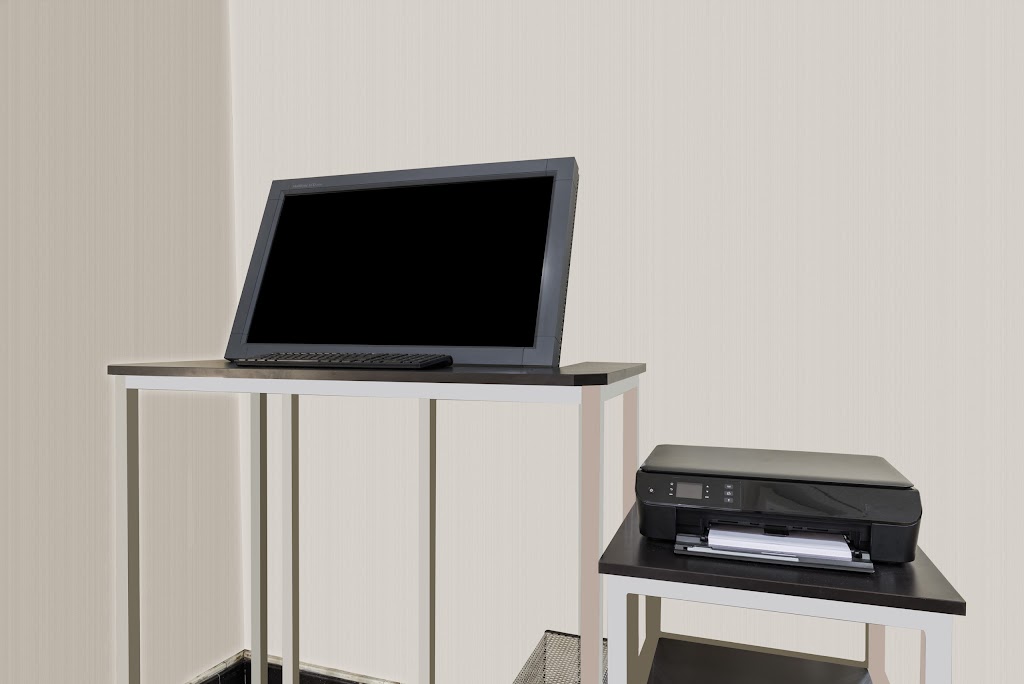 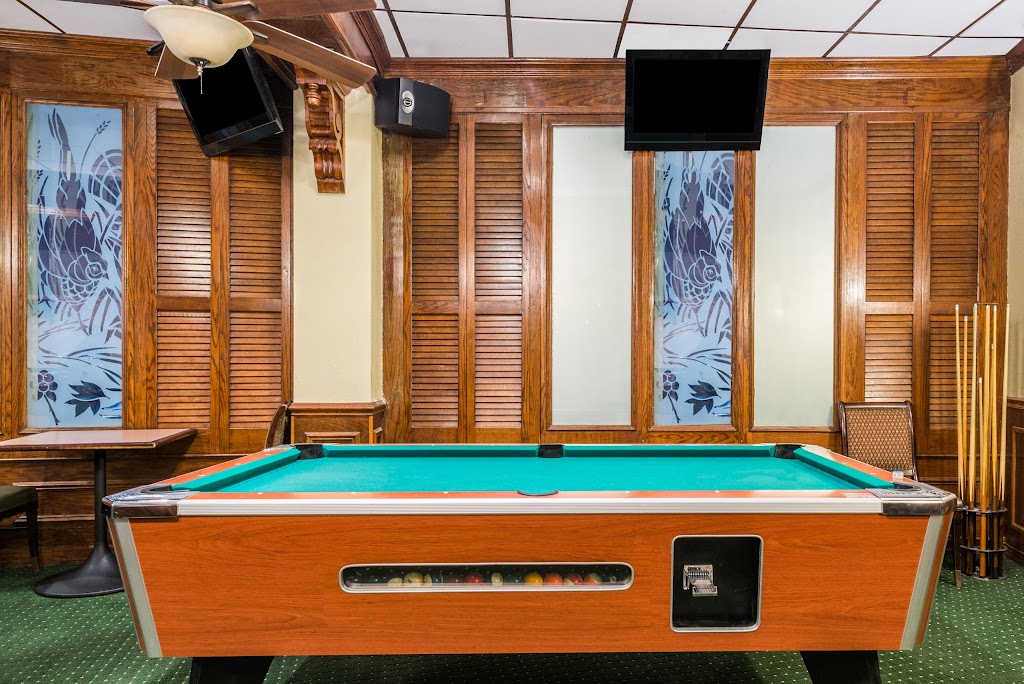 View All
2.2
Poor
1 2 3 4 5
(Based on 1833 reviews)
susan cabrera
1 2 3 4 5
Absolutely horrible costumer service. I was in the hotel for a maximum of 5minutes. The hotel is in horrible condition, multiple hazards everywhere, rooms are dirty and walls have cracks running through them. Requested a refund after not staying as we booked through a third party just to be offered excuses and nothing. Constantly being told there is no manager. If I could give 0 stars I would.
Sarah Napadensky
1 2 3 4 5
Used it for long term parking , for that it is adequate. Renovations might bring cleaner, more comfortable lobby, and might clean up parking lot , until then, it's fine for what we needed it for.
Dani Roy
1 2 3 4 5
This is the worst hotels I have stayed at. I called the day before to make sure my reservation was all set i arrived at 9pm at night and they had given away my room they stuck my family in the tiny room. There was no cable at all and they state that it included in the room. No cold water only hot hot water. They charged more than was advertised. We asked for fresh towels our second night and got told no. And they are extremely rude! And to top it all they charge us to park both night! Take my advise stay somewhere else!!!!
Cassie S
1 2 3 4 5
Parking is an additional charge. The room is super average not great not terrible. Bring your own pillow and febreze. Awesome view from 5th floor, but the window completely opens...sketch. They are in the middle of a remodel. Good for broke young adult only staying 1 night.
Melvin Eloy Zayas
1 2 3 4 5
So I only go for parking when I fly out of philly and staff was extremely helpful it’s was 3 am and there was a driver and she was very nice and friendly! Don’t except all the negative reviews! Highly recommend!
Terri Champion
1 2 3 4 5
This is the worst hotel in Philadelphia. I will never ever stay at this rat hole ever again. The front desk staff is inept and didn’t know anything. I booked on line was not informed of a $100.00 hold on my account. I won’t get my money back for 10-14 days. My room was a mess, no one cleaned my room for 3 days and they told me they have no washcloths or

Towels. My faucet was broken and I had to hold it to turn it on. Do not

Get anywhere. I can’t do this and now

I am broke because of these ratchet people.
Jasmine Lloyd
1 2 3 4 5
My boyfriend and I stayed here for the Luke Combs Concert in November. The Hotel was easy to find however finding where to park. Once I got in the guy behind the counter was going crazy but took care of us as soon as he realized we was checking in. I made a reservation online so everything was set up. We got to our room which was on the 5th floor after walking up all the steps since we had no idea where the elevator was since the main one was under construction. The room was not the one reserved and my CC was ran for a 100.00 more than what the reservation said. I went back to the main lobby where now was a lady. She was rude and said I should have read the sign that said the 100.00 was a security deposit. (Which I don't mind paying but a heads up would have been nice). The original guy was still there and you could tell he was trying to make us happy and switched our room to the one we requested.
Dueynn OS
1 2 3 4 5
Got rooms that were already assigned to other guests.

We paid for two room about 1 month in advance. We called asking if there was late check-in and they told us it was ok. Later in the evening we called again and they said that they didn't have the late check-in registered and if we didn't arrive soon they couldn't guarantee the rooms, even though they were all paid. When we got there there was another customer and we overheard he was getting the last room after he left. The desk clerk told us our two rooms were really the last two. While checking in, the man came back down saying there were people already in the room he just got. After we got our room keys we went up to the rooms and indeed in one of there where two other guests already in the room. So we asked for a refund and started searching for another hotel. I DO NOT recommend it at all.
I MY
1 2 3 4 5
Good cheap philadelphia airport parking. The hotel however looks like a welfare hotel at very best. No issues while my car was parked there for 2 nights. Shuttle to the airport. I would park there again
Cristina Coronel
1 2 3 4 5
A bit far out from the center of Philly. Nothing worked and the rooms smelled bad.

(Receptionists were great tho!)
Divyansh Shah
1 2 3 4 5
Used the airport parking services at Penrose Hotel. Rates are decent, but the parking lot is a mess. Cars block parking spots, and feels like a literal zoo. There's only one shuttle to get you to and from the airport, so good luck if you're traveling during rush hour. Chances are you'll be waiting for 45 minutes.
Erin Kuhse
1 2 3 4 5
Staff is friendly and super accommodating. Room was clean and had zero issues with the water. The elevator was also working totally fine. It's OBVIOUS the hotel is under construction. That being said everything exceeded expectations. Hotel is in a good neighborhood and close to everything without being in the middle of all the city noise. I would 100% book here again next time I am in Philly!
Steph Onyskiw
1 2 3 4 5
It’s fine if u like basic. We stayed in a dated room but the hotel is being refurbished. From what we saw it will look fab when it’s done. Staff were friendly and helpful and everything we wanted was in walking distance. Would stay again
Abraham Deng Ater
1 2 3 4 5
This hotel lack basic amenities including gym. They don't provide drinking water in the room. The rooms smell horrible inside. They charge for parking your car there, despite being a guest. It would have been nice to put that on their website that extra charge applies for bringing your car.
Teodora Stoyanova
1 2 3 4 5
Just checking if this place is still open and running and surprisingly it is. I stayed there last year around this time and I can see elevators are still not working and rooms are still filthy and disgusting. Shame on you for putting some old pictures of nice and clean rooms when in reality they look NOTHING like it.
Viraj Gadgil
1 2 3 4 5
This review is just for paid parking facility offered by hotel. Their rates are always better than others. Service is quick provided someone is there to attend at counter. Ample parking space which gets full at times! They provide free shuttle service to and from airport.
Ally Sigurdson
1 2 3 4 5
Do not stay here. I cannot believe they're allowed to have this place open. Elevator is broken, and has been for a very long time, forcing customers to walk up stairs, sometimes as high as the eighth floor. Our room had zero working outlets in it, the shower only gave us cold water and the taps where taped to the wall. The hallways were dirty and the floors had not been vacuumed in weeks. The beds in our room were okay but I heard otherwise from other guests. The hotel is nonrefundable - which is probably the only way they're still in business. They also take $100 (USD) for a "damage deposit" that we have yet to get back. Please do not waste your money. This is not a safe hotel at all.
Lovey Rose
1 2 3 4 5
I did not feel safe at this hotel. We had to park in the fire lane with other cars, because there were cars blocking open parking spots. The elevators were broken so we had to haul our luggage up 8 floors. In the room, the fire alarm and water sprinkler were both ripped out of the wall. The air conditioner was also broken and hanging off the wall. The floor was dirty and had not been vacuumed. There were two lamps in the room next to the bed, but none of them were plugged in because there were no outlets against that wall. Strange. The bed looked nice until I lifted the covers, there were large, brown stains over all the sheets. There was also a working motion sensor in the room not connected to anything. Creepy. This place was so dirty, my husband and I waited to get to the airport to brush our teeth. Two good things is that the place did not burn down, and the staff were nice.
Michael Ly
1 2 3 4 5
This place was excellent! Don’t know why it wasn’t booked out during the play offs. I stayed here last year and it wasn’t as bad as everyone made it out to be. Sure the floors were abit dirty. But the staff was great he boiled me hot water. The lift worked. And maybe I had the one room that was clean.

Penrose Hotel Philadelphia is unavailable to book on our website. Search for other parking options available at PHL.

Penrose Hotel Philadelphia is unavailable to book on our website. Search for other parking options available at PHL.