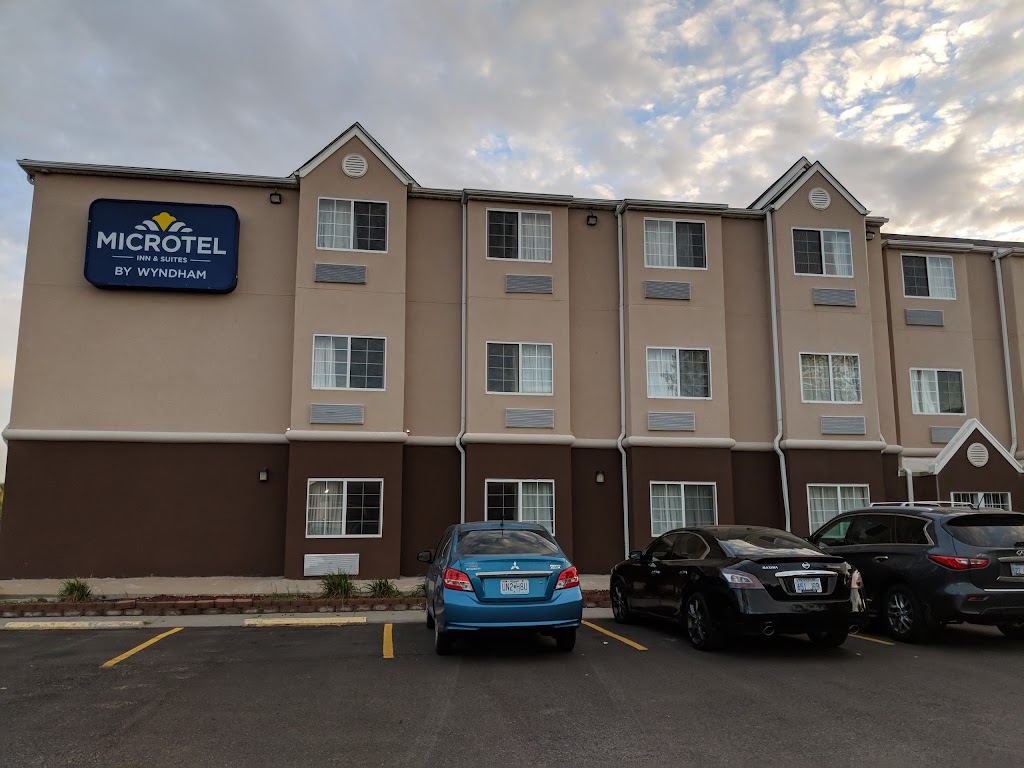 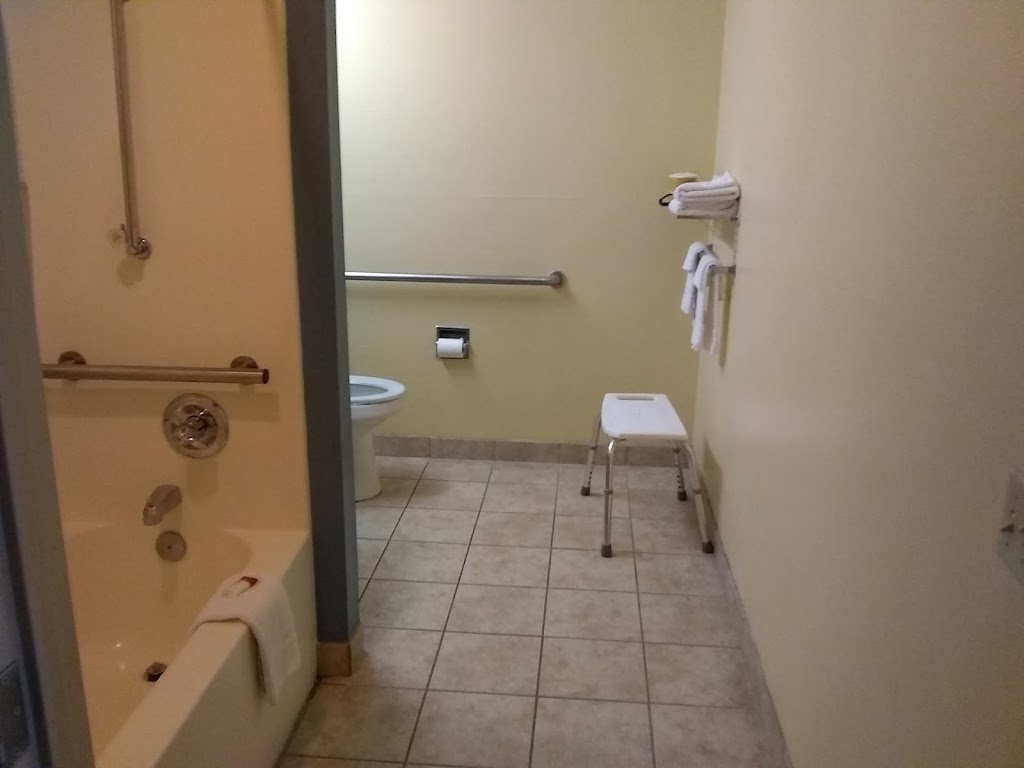 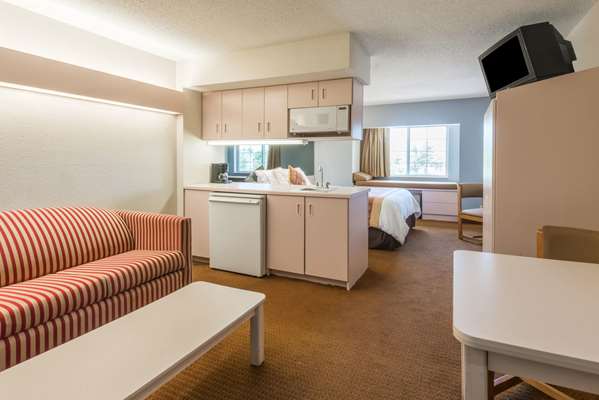 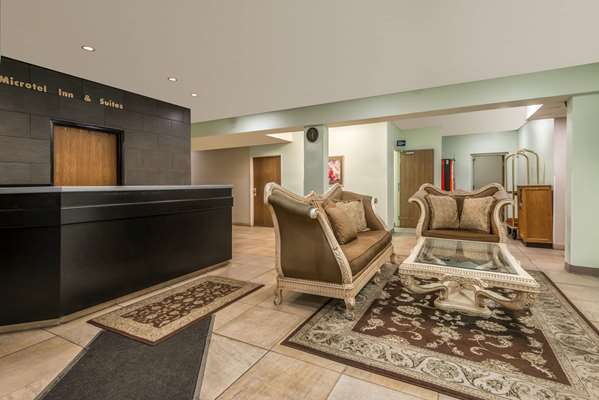 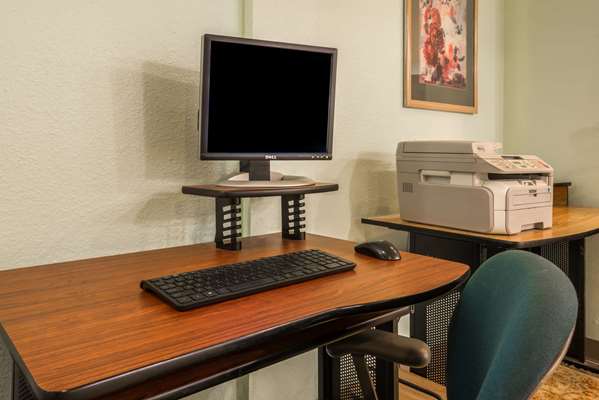 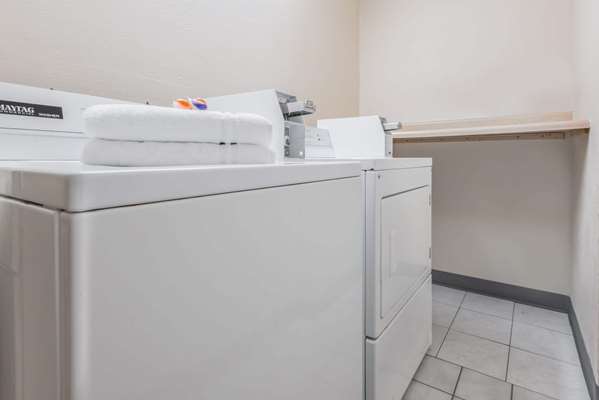 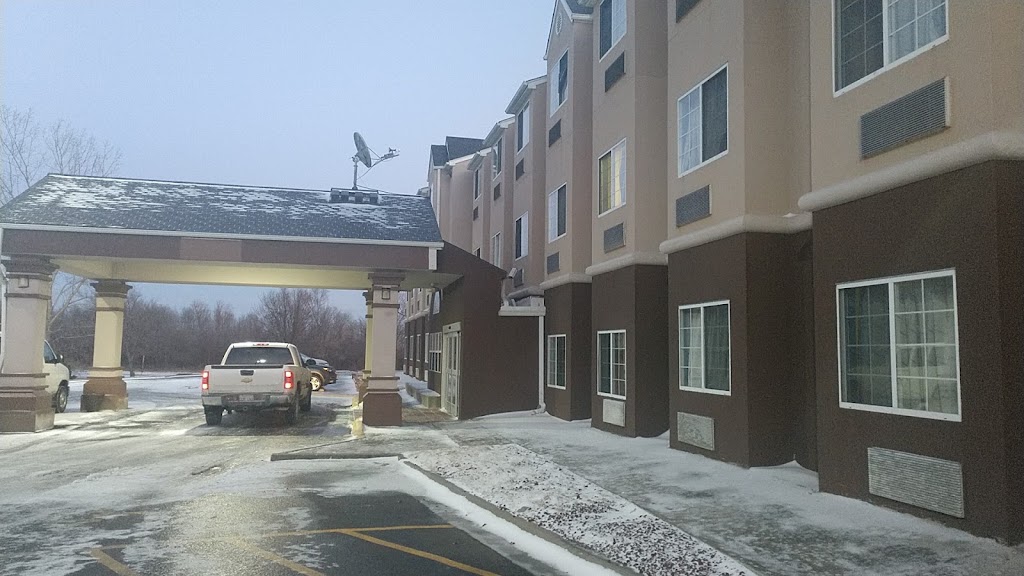 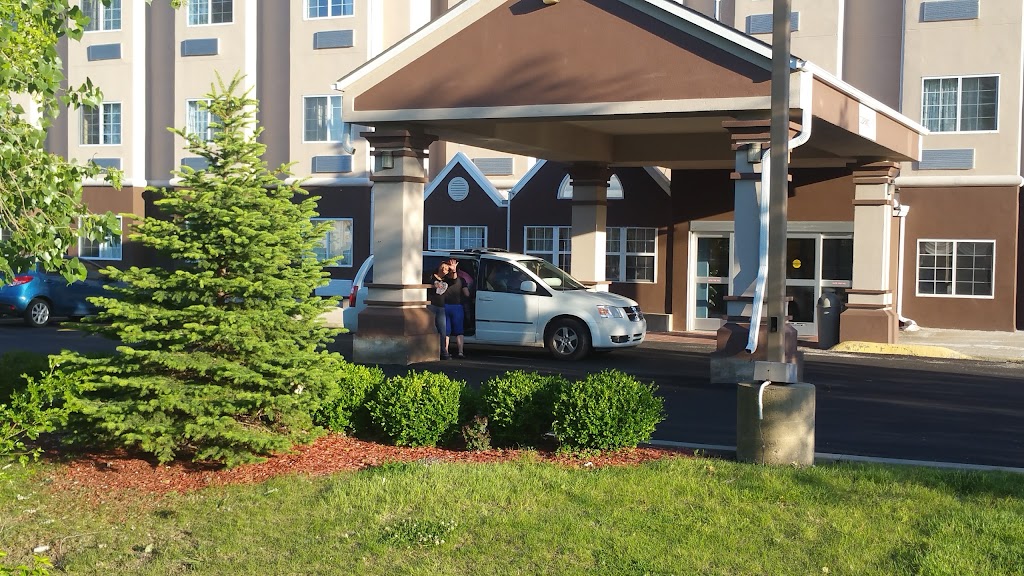 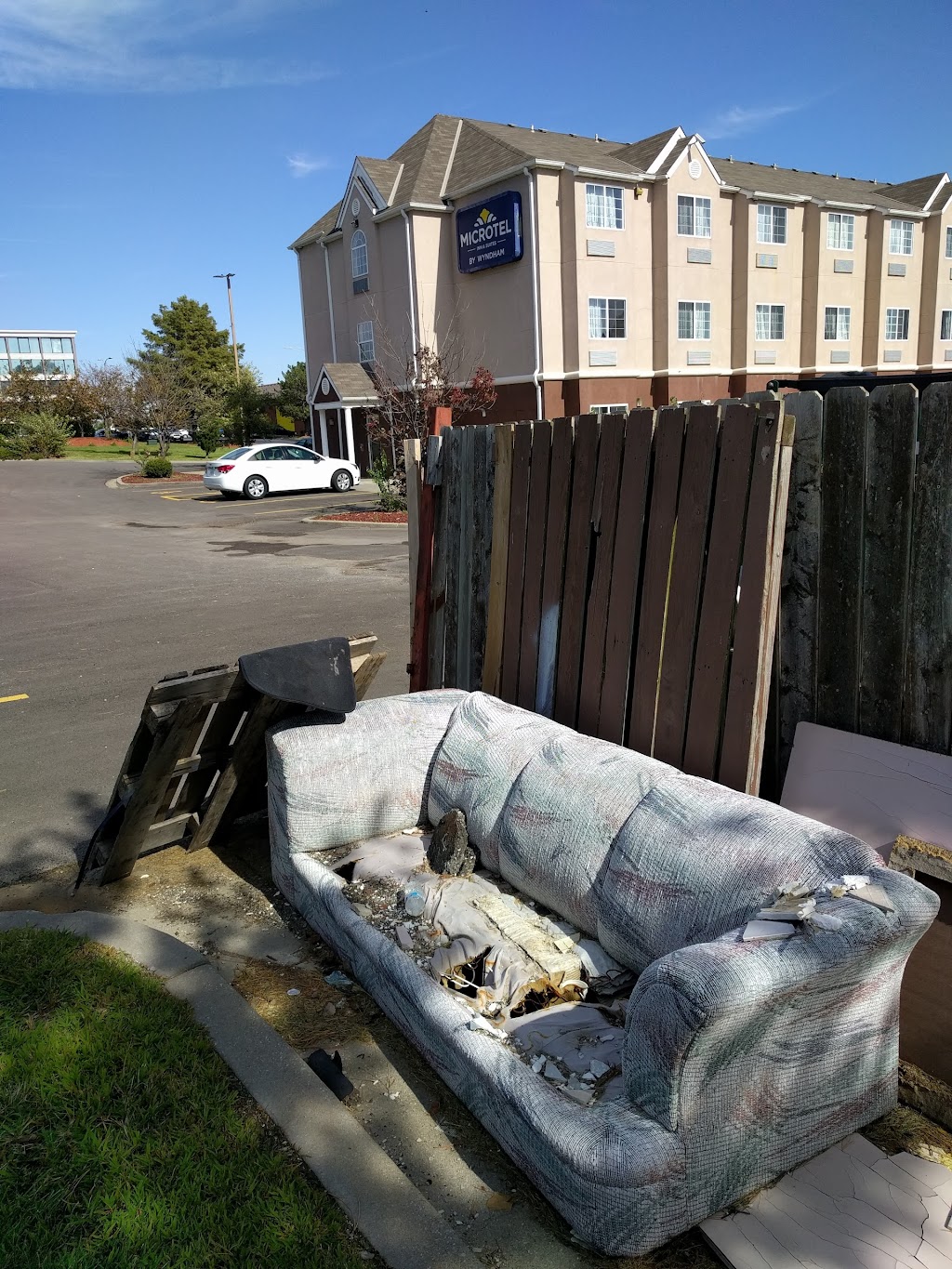 I never ever write reviews on ANYTHING but unfortunately this is the first time, I feel the need to let others know that this was absolutely the WORST experience I have ever had staying at a hotel.

First of all it was DIRTY!

Second I had a Huge issue with the person in Front Desk and the “Manager” they ended up charging me $200 on something that was originally was supposed to be $75.00 I STILL HAVE NOT RECEIVED MY MONEY BACK they said at check out I was going to get the rest of my money back the front desk person ended being extremely RUDE SCREAMING AT ME, DISRESPECTFUL, TALKING OVER ME, HANGING UP ON ME, the manager he was as rude as the front desk person.

I WOULD ADVISE YOU NOT TO STAY HERE!
Michelle Brock
1 2 3 4 5
I would never stay here again. The room we were given was not ready so we were given a new room. Someone that worked at the hotel tried to enter our room in the middle of the night. Then again in the morning. They did not knock first either. Only the inside lock on the door kept them out. When my husband asked why they were trying to enter our room they asked why we were in it. Apparently they didn’t transfer us in the computer when they gave us the new room. Also we were awakened by yelling and cursing when the people in the room next to us were kicked out. A very subpar hotel. I could deal with that because you get what you pay for. Not ok with having someone trying to enter my hotel room in the middle of the night.
Natalie Shultz
1 2 3 4 5
*ABSOLUTELY DO NOT STAY AT THIS HOTEL.* This was the most unprofessional experience I have ever had in my life. After looking at my room, and seeing it had ONE WAY MIRROR. Yes, A ONE WAY MIRROR ABOVE THE BED (I did all the tests along with my friend dropping me off.) I decided not to stay. The room was also outdated and had one very dim light. It was just plain creepy. I am a young female staying by myself and found it very strange they put me on the top floor way in the back when the hotel was completely empty. I didn't see another human other than the ONE employee at the front desk. I asked for a refund and the previously mentioned employee immediately became very irrational. He said he couldn't do that. Okay, fine. I asked for the managers number and he handed me a card which I was about to call in front of him and he stopped me and said it would call the phone on the desk next to him. So he lied that was the managers number and refused to give me any information. The conversation quickly escalated to the point he was screaming at me so loud his voice was cracking. I asked him several times, “Sir, I am trying to have a professional conversation with you. Please do not yell at me.” He said things such as “I want to lose my job.” “Please get me fired.” I was shocked and felt very uncomfortable. He told me the manager would be coming in at 11pm and I should come back at night time. I found it very strange he would want me to come back alone at such a time. He then REFUSED TO SPEAK TO ME, got on his cellphone to ignore me, and TOLD ME TO LEAVE. At this point I still had a room there but pointed towards the door for me to leave. I said, “Sir, I am at this point a paying customer. Are you truly refusing to speak to me and telling me to leave your business?” He just stared at his phone and I took the silence for an answer. I have called the hotel since this happened and they keep hanging up on me. My dad went to the hotel after this incident and things escalated to the point the police were called. When they arrived, they already knew about this particular employee and have had numerous negative interactions with him and even told my dad a few outrageous stories about him. DO NOT STAY AT THIS HOTEL UNDER ANY CIRCUMSTANCES.
Bruce Lewin
1 2 3 4 5
It's a little ratty. But it's cheaper, so...

They offer a free shuttle service to and from the airport every half hour, which i appreciated. It's about 10 minutes from the terminals.
Todd Desmarais
1 2 3 4 5
Don’t stay here. We booked 2 rooms and they refused to check us in. The charged my card for 3 nights and charged us 2 cancellation fees. Dreadful experience. The night manager literally yelled at us. They refused to give us rooms and charged us for them. So now we are out $500 and we don’t have a room. Horrible experience. Awful customer service.
Morgan Cadmus
1 2 3 4 5
Wonderful staff, friendly. Came to pick up our family from the airport at 1:30am! Comfortable room, highly recommended for families.
Carrie Cox
1 2 3 4 5
We were frustrated to find urine odor on pillow and sheets clear through to the mattress. We changed them ourselves and reported condition of bed. Front desk clerk's response was the room was cleaned just today. Freezer was moldy. We were reduced to putting our items in a plastic bag first to store them in there. Breakfast was the best part of the stay
Patrick Sellers
1 2 3 4 5
DO NOT STAY AT THIS HOTEL!! It's really sad to have to write a review like this but people shouldn't be treated the way the staff treats its customers! They're so many things wrong with this hotel I'm surprised it stays open. All they care about is money! Being overcharged, then have two other charges show up on my bill which is so insane and discussing with this so called owner is down right criminal. It was so bad I was given a complete refund and I'm filing complaints with the city and the police for fraud. Do not stay here!! You've been warned. Dirty, smelly, rude and downright should be shut down.
kynisha r
1 2 3 4 5
I got a good offer online $5 per day 24 hr pickup drop off ....here the catch if you don’t have your ticket they refuse to pick up from the airport refuse to even look up the ticket number!!!!

Luckily I had my info but simple customer service will go a long way ...

When he got to the airport the driver didn’t get out to help with the bags
Laura Wright
1 2 3 4 5
It was horrible. The water pressure was next to nothing. The room had a dirty rag hanging on the shower and cobwebs in light fixtures. It took until almost 2 am for the room to cool off to sleep when I had a flight at 8 am. It was not good. The place has gone down hill. Not to mention the price I was quoted and got were two different things.
trina cross
1 2 3 4 5
Not anything like the pictures show. The shower curtain rod was about to fall off. Mirrors all around. Not worth the price. Room couldn't get cool. Fridge made a loud noise. Person next to us was very loud, walls are very thin. Breakfast was horrible and didn't have hardly anything there. Crummy.
Perry Dorris
1 2 3 4 5
The owner of this hotel lives there and she is super rude.. she was nasty about the breakfast in the a.m it goes until 9:30 but she stoped it at 9 because she could she was extremely disrespectful to me and my kids as well... the only thing I was cool with was the price but after dealing with her I realized u get what you pay for!!!!
T Bone
1 2 3 4 5
A pretty OK place for a budget stay. Nice and close to the airport which was my primary goal. Service was fine and the shuttle to airport was on time. The room was pretty good, quiet, and under construction. The bfast was modest but the coffee was hot! I think I'd stay here again if I had a really early flight.

Microtel Inn and Suites by Wyndham MCI is unavailable to book on our website. Search for other parking options available at MCI.

Microtel Inn and Suites by Wyndham MCI is unavailable to book on our website. Search for other parking options available at MCI.