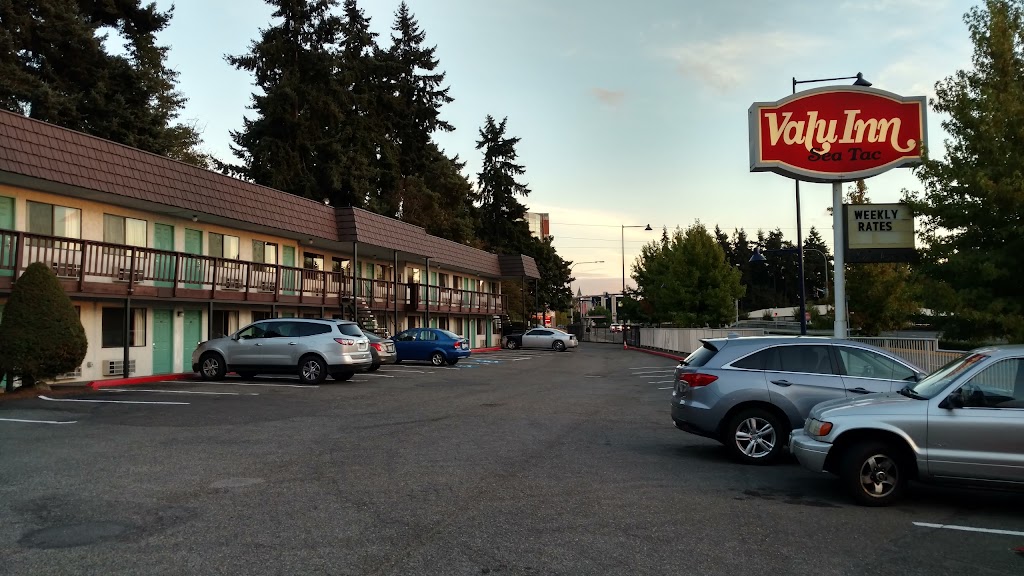 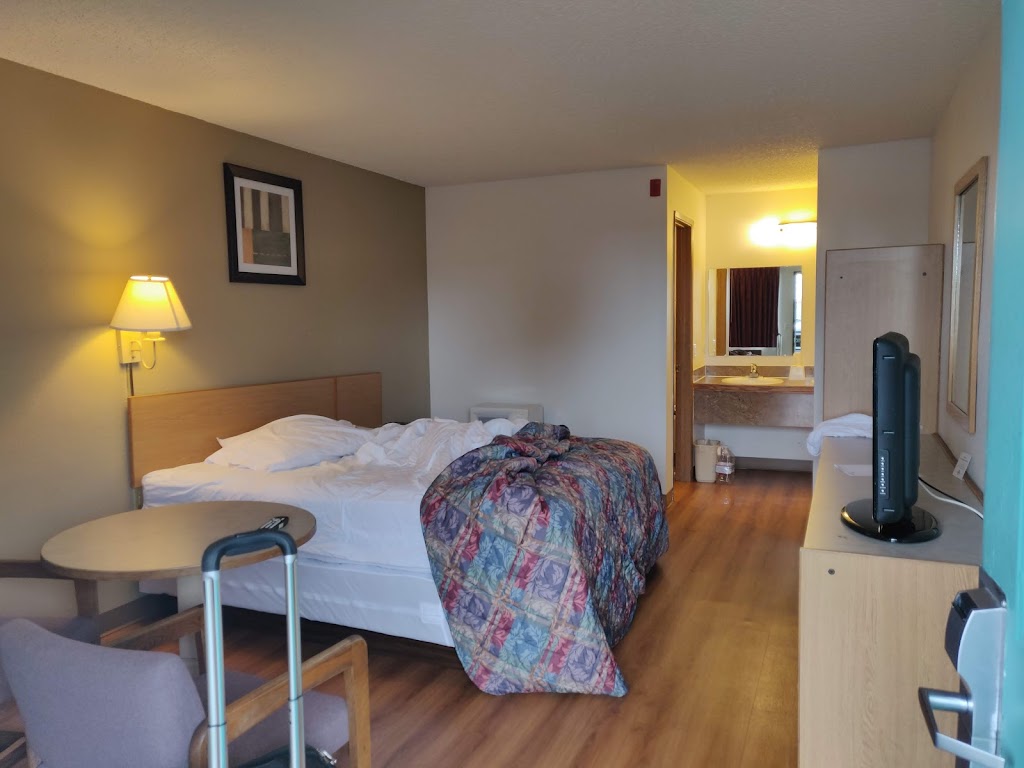 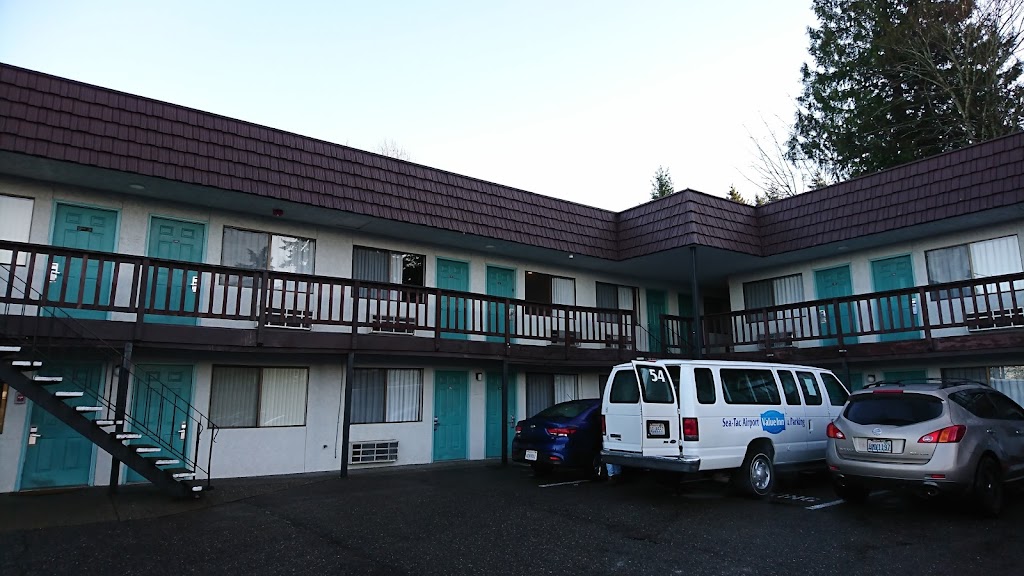 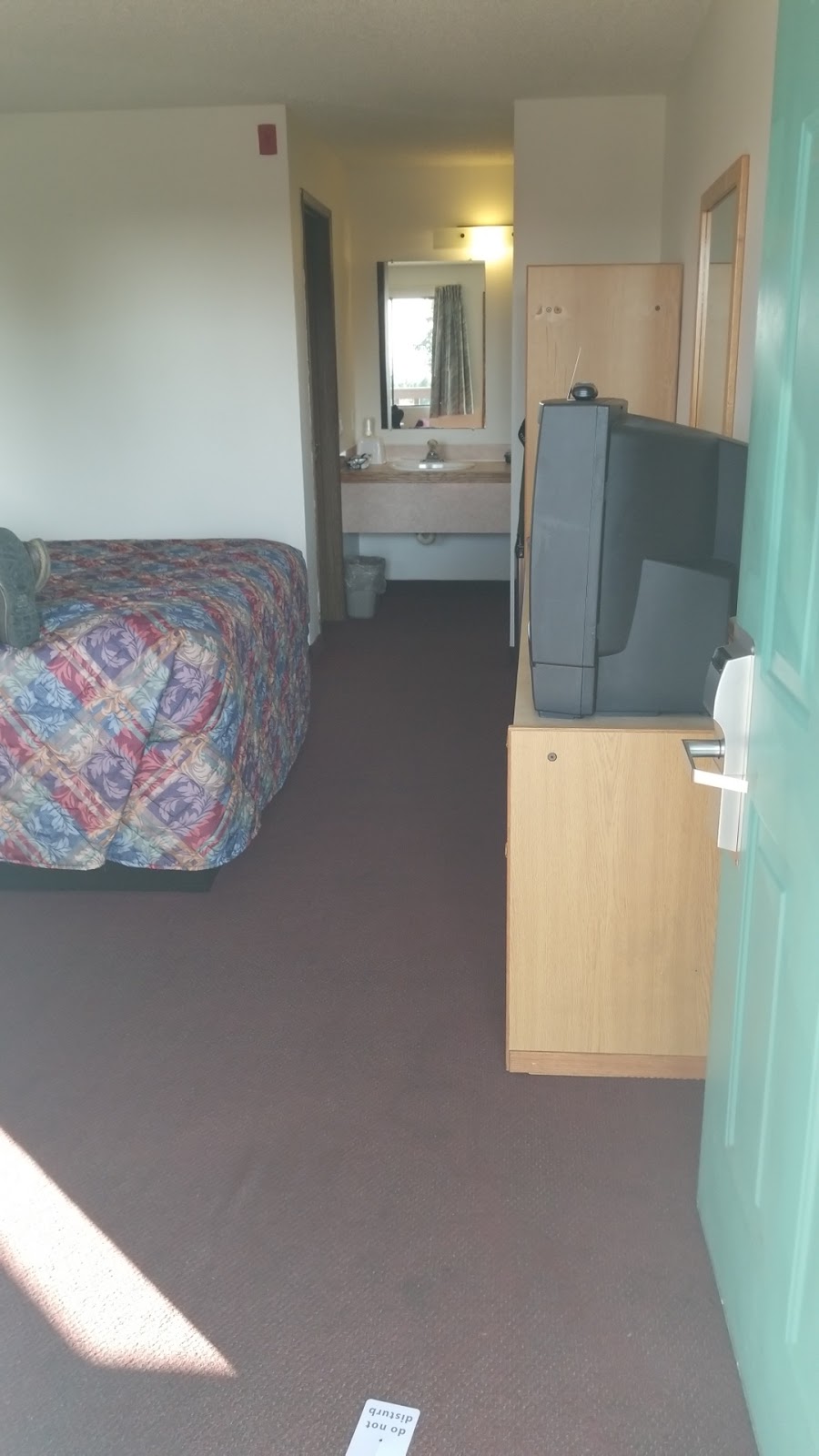 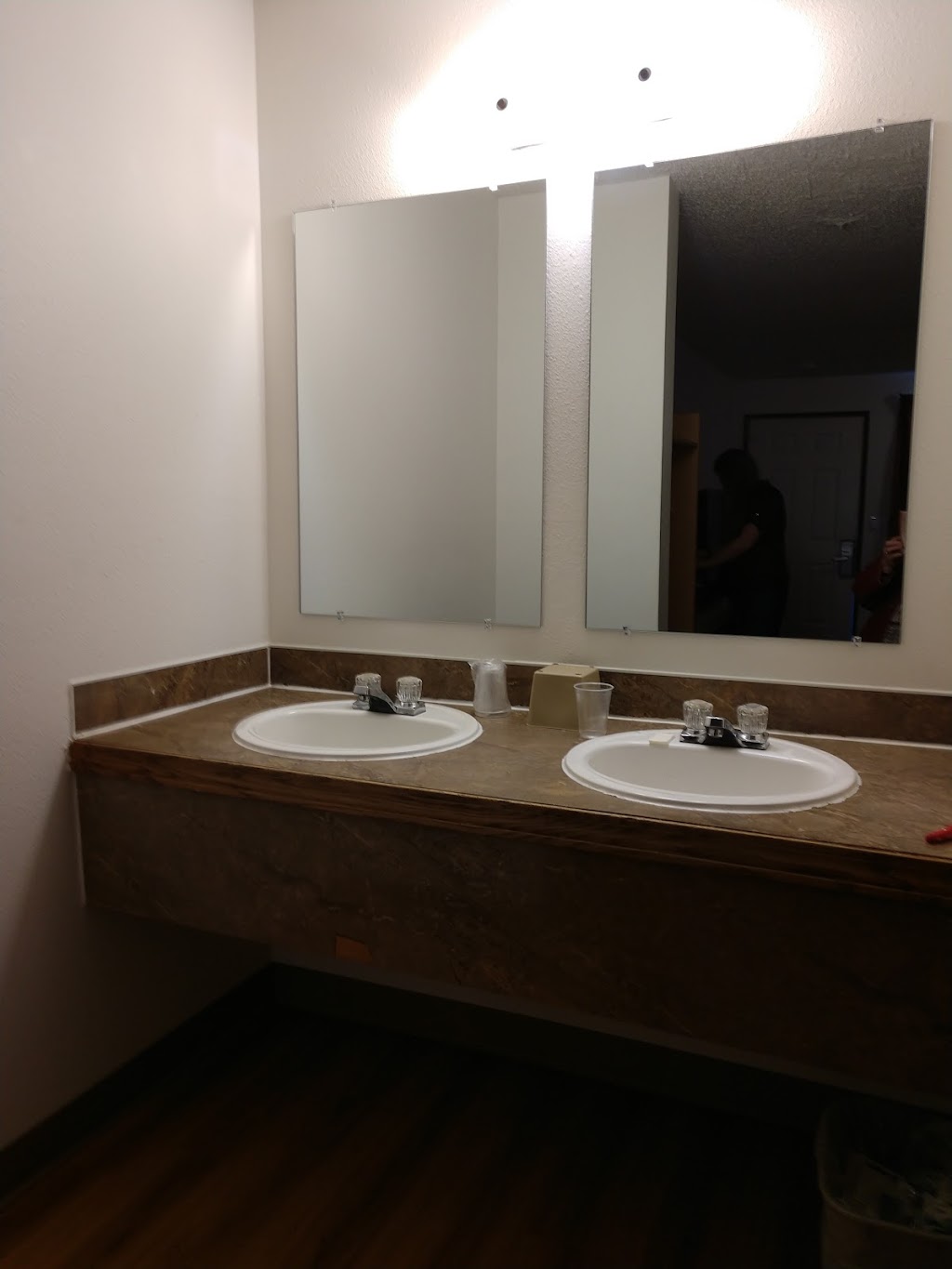 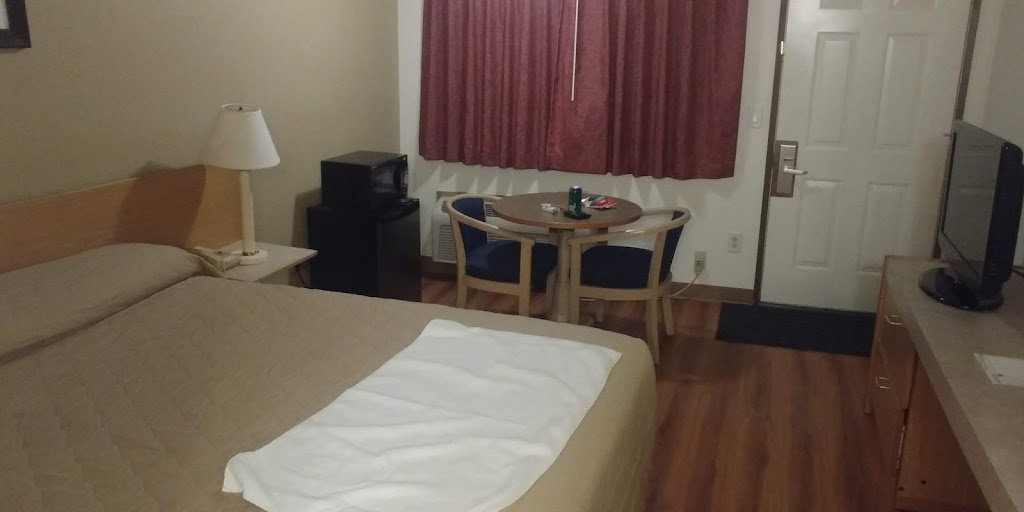 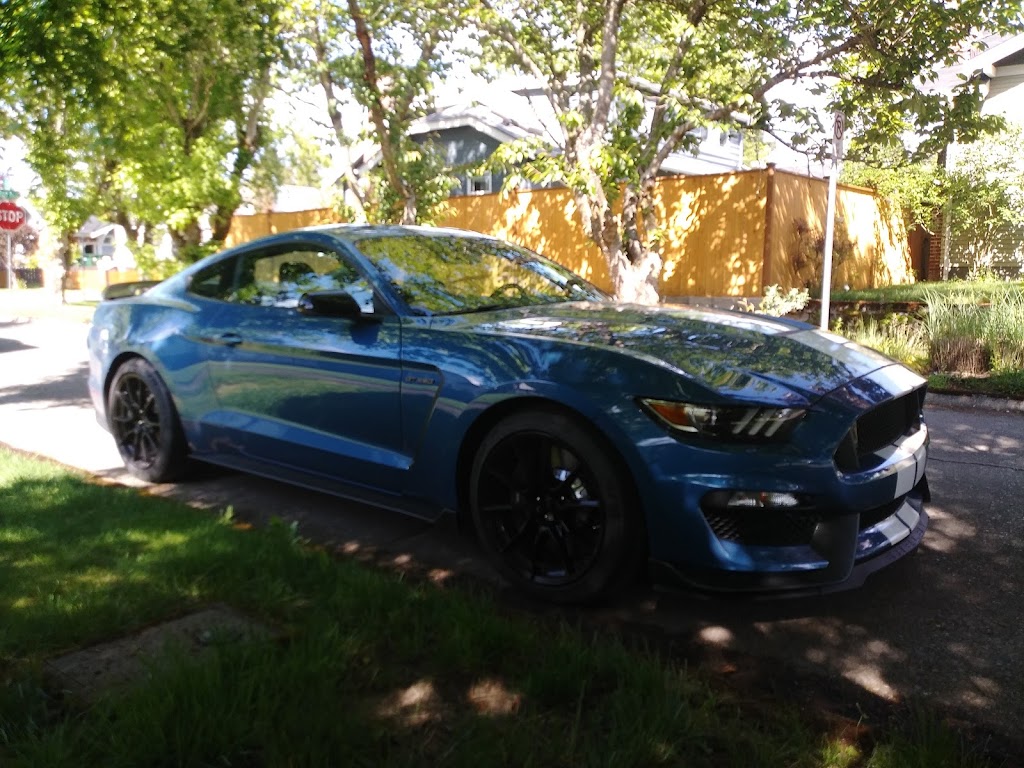 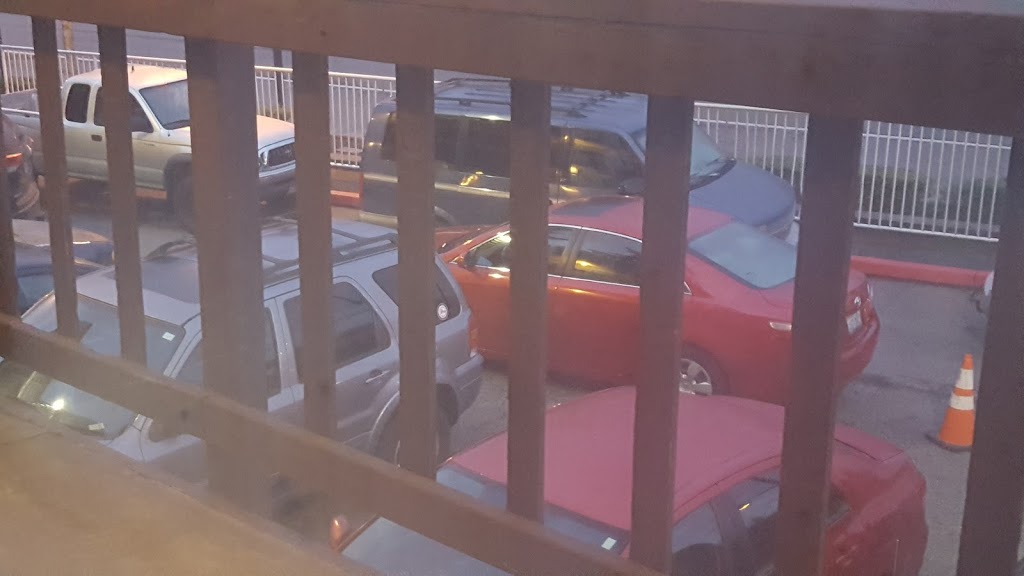 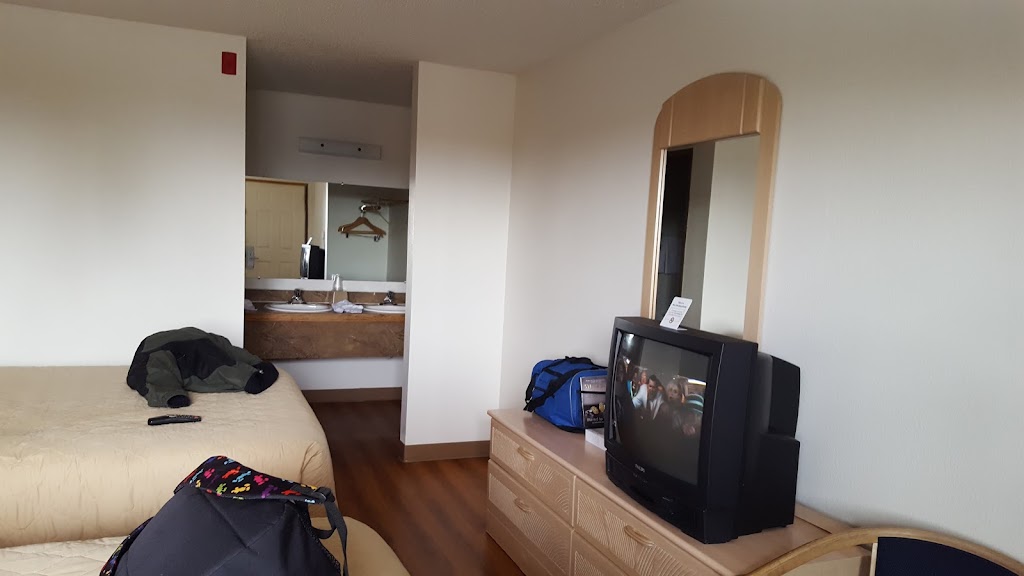 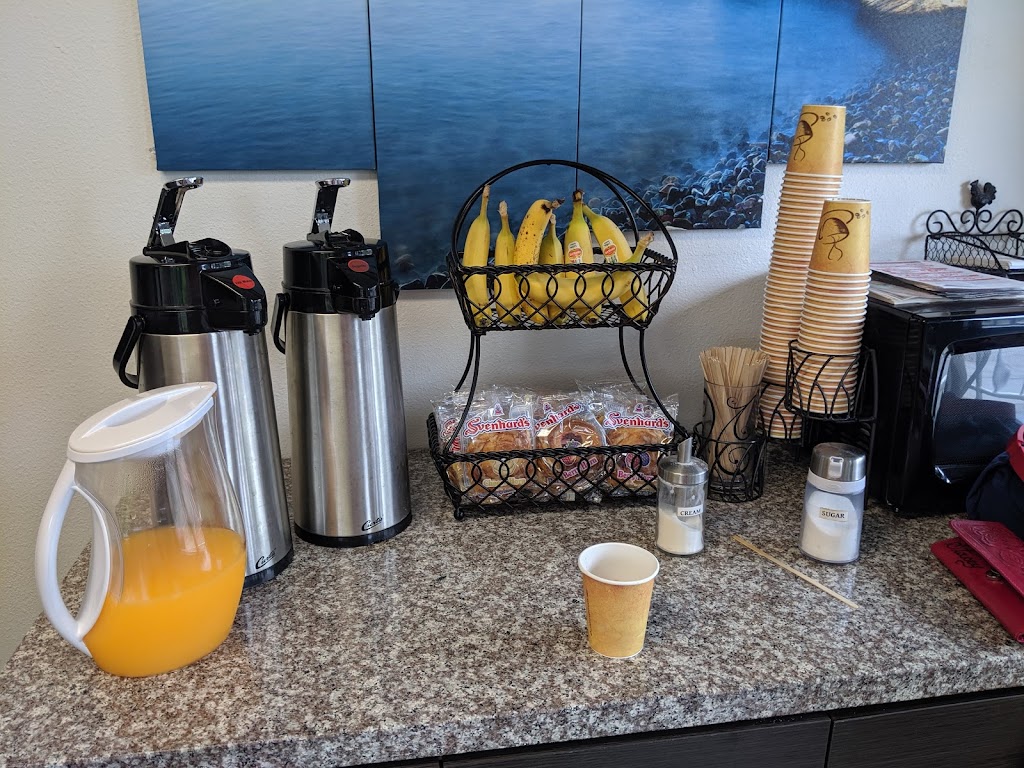 View All
3
Average
1 2 3 4 5
(Based on 418 reviews)
Marlin Mahmood
1 2 3 4 5
Shower head was too low not over head. Housekeeping stole my phone charger! And then they kept my $50 deposit becuz they said I smoked in tha room.
Cris Guti
1 2 3 4 5
Very noisy (due to the street), dirty (found other people's hair in shower and floor). But the beds are GREAT.
Thomas Moore
1 2 3 4 5
Staff doesn't wear masks when manager is away and manager doesn't want to be bothered, but when insisted, she will insult you with backhanded compliments.

Made my spouse sleep in the car because it was too late to add them to the room for just $6.

Was letting it all go, but, manager quoted us a room over the phone but enforced a higher price in person.

Try the inn next door.
Imran Azizuddin
1 2 3 4 5
A passable, dirty-ish little room with the most pitiful breakfast offering. Close to the airport though, I guess.
Junie Saunders
1 2 3 4 5
If I could give a zero I would. First things first BED BUGS! I got into my room and saw bed bugs already on the mattress. The room smelt like sewage and the floor had crumbs under the beds and every corner of the room. The shower had blood stains on the curtain and hair was on the supposed new clean towels. I went straight to the front desk and demanded a refund. But to only be blamed for bringing the bed bugs and my deposit was taken away as well. Will never do business here again!
Seattle City
1 2 3 4 5
Customer service my two kids is very aggressive and antagonizing.My first room 222 has terrible body probably my last stay here!
Shar Johnson
1 2 3 4 5
Such horrible !!! Service !! Terrible management!! They have 17 year olds working at the front desk that are incompetent!! The manager is very rude ! Dirty rooms , dirty sheets and towels and I was told the reason it was dirty was because they usually only have locals which is a disgusting answer ! Lots of creepy men walking around making it very uncomfortable for a pregnant woman to stay there . After talking to the manager, Nothing was done for me wasted a couples hundred dollars to stay in the room for 10 minutes! Something must be done !!
Ing Teck Wee
1 2 3 4 5
If there is zero star, i would like to process with a zero star. Due to conora virus, a lot of plan and trip being cancelled. I was booked 4 nights on March 26th to March 30th. I called several time on March 5th to see what solution we can do in order to get some of my money back since it is $210++. They totally refuse to make any refund and just showed this is how they earned extra money.

Please do not go to this hotel anymore, super negative feeling. Stuff isn't friendly and manager dont want to deal with this thing. I have asked even with carried Conora virus, they would still want me in go and spread to other people. Their answer is a yes ........ So would you guys still brave to go there?
Ted Williamson
1 2 3 4 5
Cheap by comparision. Rooms were small but clean and well maintained both of my stays. OK for short periods.
Dot Jackson
1 2 3 4 5
No frills, bed and tv type of place. The parking lot is used for long-term airport parking so be aware when driving here yourself. They do have a complimentary airport shuttle, which is an added benefit when traveling. If you want more than a warm place to lay your head then you might want to look elsewhere.
Alek Kaai
1 2 3 4 5
A God awful experience start to finish. First we call multiple times to set up shuttle. We do it again while we have baggage to see if they could have one out for us. We call at 8:19 it arrives almost half an hour later. The driver is going down the road in neutral, then proceeds to stop in the middle of the road to put the vehicle back into drive. Checking in is awful because we find out the $50 we were charged wasn't for the room but for a deposit. Now we don't have money to pay for a room and we are moving funds around. But we are sitting out in the rain in cold with our toddler for about an hour. This place sucks please don't waste your money here.
Donald Hulse
1 2 3 4 5
A good deal for a temporary place to sleep near the airport.Not at all flashy.
Merky Wataz
1 2 3 4 5
NICE LOOKING BED & TV & THE AC WORKED PRETTY WELL BUT HAD NO CHANNEL CHOICE WHEN I WOKE UP THERE WAS ANTS ALL OVER
Michael Buydos
1 2 3 4 5
DO NOT PARK HERE. They make you sign away the right to move your vehicle, guy zooms it around their tiny parking lot, and then they also make you sign away any liability of damage. They bashed my truck into someone else's car and won't take any responsibility for their reckless drivers
Steve Smith
1 2 3 4 5
Overall is was a great budget hotel.

Warning, the water was scalding hot. I'm a plumber (licensed). I've told them on checkout that's too darn hot coming out the shower. The tub is really slippery. Poor choice their. I'm short, the shower spot was really low, my guess is 6'0. Get ready to squat to wash ur hair. The exhaust fan in the bathroom works really well. It's a dual light and exhaust on a single switch.

The sink counter outside the room is good. Long mirror, water gets hot within seconds. I've not seen any bugs, that's great. Bed was comfortable for me. Fridge is a mini. Decent overall for a budget, except that bathroom.

Need to do something about that tub floor.
Lilfayj
1 2 3 4 5
Never did get that $50 deposit back! Filthy and refuse to let you have more than one pillow!!!! They are scammers, be careful!
The Good The Bad
1 2 3 4 5
Where to start...parking is terrible, floors look clear, but needed to be mopped bad. Bathroom needed cleaning bad. Toilet seat needed to be replaced. Was just old and stained. A/C worked but didn’t blow very hard. Nasty stuff on the wall in the bathroom including what looked to be a booger. Phone didn’t work. A couple of the bath towels were used but hung up nicely as if they were clean. Continental breakfast was a danish and coffee or orange juice. The price wasn’t worth what we got. One nice thing is if you like Mexican food there is a little place next to McDonald’s that isn’t far from the Valu Inn. Stay away from the McDonald’s they could get anyone’s order right even if they were paid $30. An hour.
Jody Werger
1 2 3 4 5
They do airport parking there too and my experience was terrible! When we got back, at 12:30 am, we called to have the shuttle pick us up and was told shuttle shuts down at midnight. Nobody ever told us that, it wasnt on the receipt and it wasnt on our ticket to turn in to retrieve car. We paid extra for the shuttle and only got to use it to get to the airport. So we had to spend money on a taxi to get there. Once there, the lights were off, the open sign was off and door locked. How am i suppose to get my car key? Good thing I had an extra and was able to get my car on my own and go home. I called to get my other key mailed to me and explained why i took my car without checking out and the woman I talked to basically called me a liar and said there is always someone at the desk 24/7 because it never closes.
Cassie Ohlig
1 2 3 4 5
It was a good stay the room was very clean and it was a nice updated room. But the only complaint I would have is the did lie about Continental breakfast. All they had was breakfast claws, juice, and coffe
Louise Borg
1 2 3 4 5
We only stayed a few hours before leaving on an early flight but The first room they gave us stunk like smoke, So they gave us another room which was better. This one had no bar fridge in it like the smoky one so we couldn’t store our perishables. The towels are super thin and almost like sand paper but the room was passable for a quick sleep and clean room and close to Angle train station so we could park across the street and get to SeaTac!
Colin Harasti
1 2 3 4 5
Outside could use some work, but the room was clean with a heater/air conditioner. Bar soap and a single use shampoo pouch were included. Service was friendly, and they offer a shuttle to the airport! It's a few dollars extra, but still cheaper than an Uber. Shuttle leaves on the hour and half hour.

There are a handful of restaurants within a quarter mile, if you want to walk, but Door Dash delivers here.

Be aware: there is a $50 safety deposit assessed separate from your actual room charge. This will be returned to you after you check out, but your initial booking cost may be substantially higher than you expected.

Seatac Airport Value Parking is unavailable to book on our website. Search for other parking options available at SEA.

Seatac Airport Value Parking is unavailable to book on our website. Search for other parking options available at SEA.